Posted by Mahnoor Nadir in News On 15th July 2021
ADVERTISEMENT

The misogyny is strong at this workplace as girl receives an accidental email from the hiring manager calling her ‘not that cute.’ 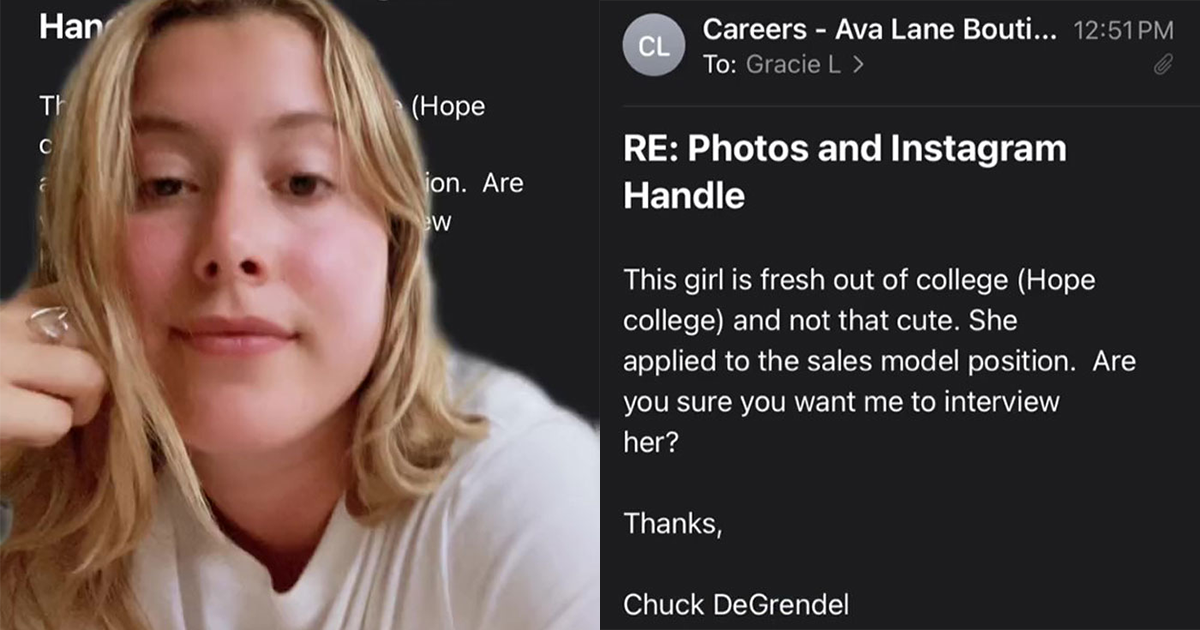 21-year-old Gracie applied to the position of a brand representative at a boutique called Ava Lane when she received an email from the VP of the company. 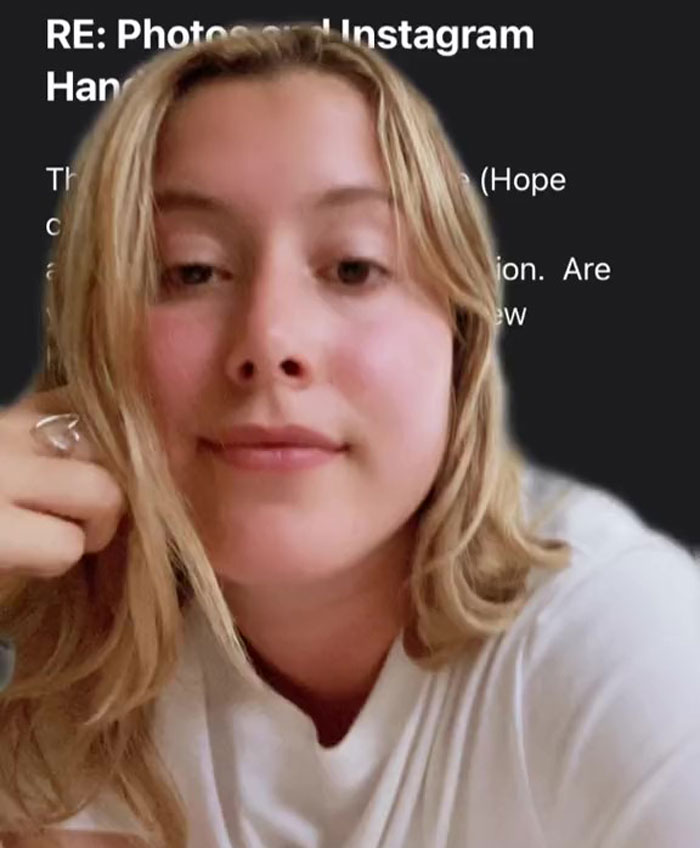 She immediately realised that the email was sent on accident and that she wasn’t supposed to have received it in the first place.

The email said, “This girl is fresh out of college (Hope college) and not that cute. She applied to the sales model position. Are you sure you want me to interview her?” 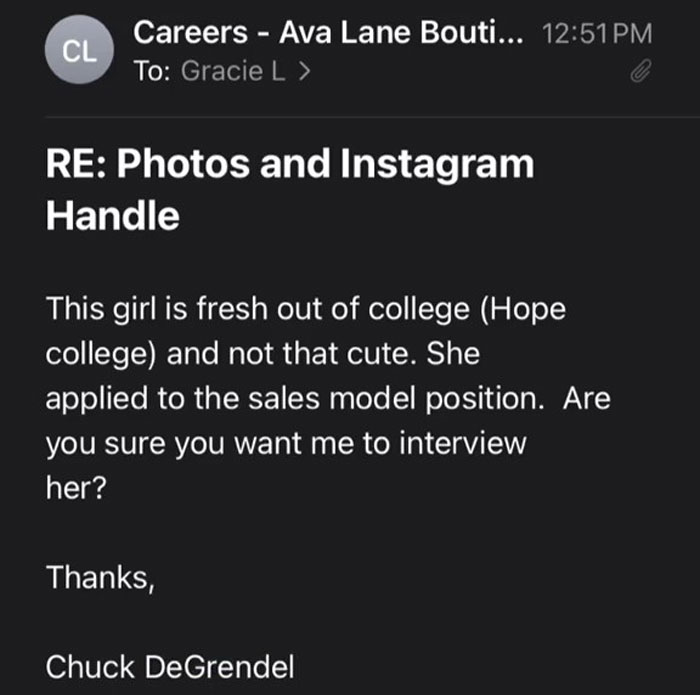 The boutique’s owner and the sender of the message Chuck DeGrendel quickly came under fire for his unprofessional behavior and misogynistic views on hiring a female based on looks and not merit.

Gracie’s video received 1.3 million views forcing Chuck and his wife Laura to go on a Facebook live and apologise to Gracie and the general public for his behaviour.

A lot of people however did not buy it and called his emotional response ‘crocodile tears’.

It was also ironic that the motto of the company was ‘beauty through confidence’. 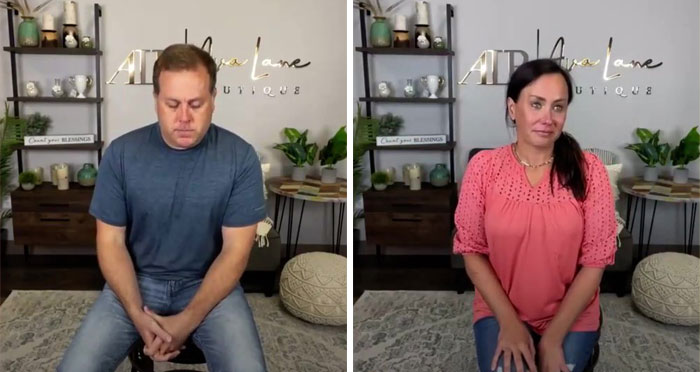 Gracie later posted an update to the situation where she said that her intentions were not to destroy the boutique but to call out unprofessional and sexist behaviour.

Fans were confused by her strange manner of speaking in the video and accused her of reading something scripted.

In a third update Gracie revealed that she did in fact read off a script but that she had written it herself so she could articulate herself in a better way and that she was nervous considering the way in which the situation blew up.

The public was on Gracie’s side in an overwhelming way and showed her support in light of the sexist experience she had with the company.

They even called out the co-owner Laura for spreading misinformation.

Some took the more nuclear option

Whereas another decided to be the voice of reason and control the passions of the internet.