Posted by Sama in Entertainment On 4th June 2020
ADVERTISEMENT

Black Lives Matter initiative has taken the world by storm after the tragic death of Geroge Floyd. Following the protests, many celebrities have come out with their support for this stance. However, not all celebrities are appreciated fort their support. Some are being called out for their hypocrisy too. It is all thanks to the social media that nothing remains hidden anymore now. 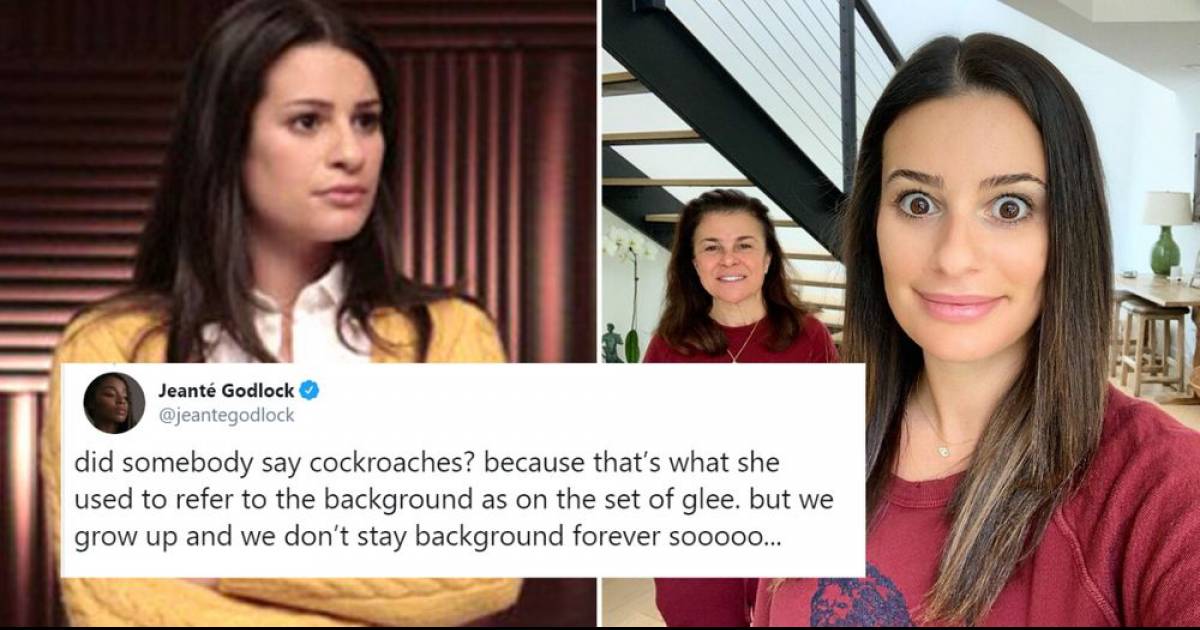 Who does not know the ultra hit show 'Glee.' The show has always been in the headlines for its popularity and fame. But this time, the reason behind its viral trending name on social media is completely different. This time the stars of the show are calling out their costar Lea Michele for her abusive and uncalled behavior on the sets of the show. 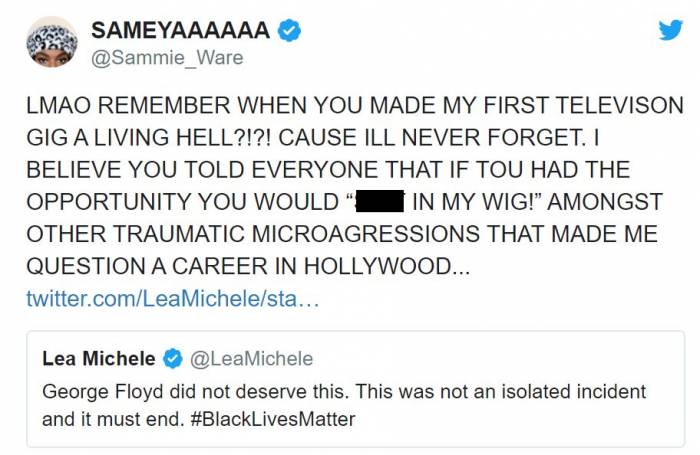 Lea Michele, the actress who played Rachel Berry on the show, has been called out by many of the show's former cast.

The pandora box opened when Michele posted a tweet in support of the Black lives matter initiative. Former cast member Samantha Ware, who played Jane Hayward in the final season of the show took the opportunity to call attention to Lea's mistreatment of her during the show's filming and her hypocrisy on this stance.

Fellow star members also posted their experiences to confirm Samantha's accusations. Alex Newell, who played Unique on the show, replied to Samantha's tweet, adding that "Child we ain’t got not a damn thing to lie about 6 years later!" when a fan questioned whether the story was true.

I’m gonna say this one time... when my friends goes through something traumatic I also go through it... that’s what friendship is... and if you can’t understand that then you’re part of the problem... and that’s on PERIODT! And I mean that for both sides of this coin!

Alex also pointed out that regardless of his experience he is going to stick up with his friends in this matter.

When someone asked why Alex would not take a stand during the filming of season 6, he replied, "I know youre not talking about the season I wasn’t in... until I had to ask to come back so I could pay my bills... since I was released mid season five... while being a series regular!"

Jeanté Godlock, who now stars in Daybreak, tweeted that Lea used to refer to background actors as "cockroaches."

I’ve heard this twice. Once from a friend who had friends who worked on Glee and the second time directly from an actress who worked background for Glee during the first two seasons. Something about Lea never sat right with me and hearing that confirmed it.

Glee cast member Dabier Snell also tweeted, "Girl, you wouldn't let me sit at the table with the other cast members cause 'I didn't belong there', [expletive] you Lea," in reply to Lea's original tweet.

Many others came forward to point out Michele's ill-mannered behavior towards them. "Been telling people this for years. I worked with her once. She literally would only speak to me through her assistant. Just not addressing my presence. She was two feet away," another fan tweeted.

Amber Riley, who played Mercedes on the show, also appeared to comment on the drama as it unfolded.

So far, Michele has not publicly commented on the accusations made against her.

Linux, an entertainer who used to be an extra on Glee also confirmed these incidents.Linux alleged that Lea once had an extra fired, but decided to reverse the decision when it was revealed that the extra was related to Barbra Streisand, whom Lea wanted to be put in contact with.

In LA in 2014 I made money by being an extra on Glee and Lea Michelle was a tyrant. She screamed at staff and once randomly had an extra fired only to find out it was Barbra Streisand’s niece and then quickly asked for her back on set to get her in touch w her aunt 😔

Linux shared that during the scene of the final season where lea's character was egged, everyone on the sets was secretly ecstatic.

Linux expressed that "the entire crew" got to "finally" watch Lea get hit by eggs for seven hours of filming.

"Thank a screenwriter.... sometimes we make "things" happen to a character if we don't like the actors playing them," one fan suggested.

When we filmed this scene the entire crew was SO HAPPY. Finally got to watch her get hit by eggs for 7 hours of filming over and over and over again pic.twitter.com/7FnRJVHscZ

All these accusations have caused Lea Michele a sponsorship with a company HelloFresh. "HelloFresh does not condone racism nor discrimination of any kind. We are disheartened and disappointed to learn of the recent claims concerning Lea Michele. We take this very seriously and have ended our partnership with Lea Michele, effective immediately," the company tweeted. 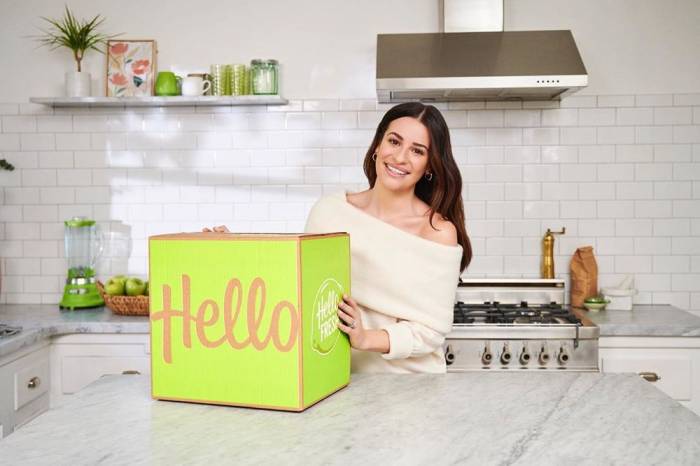 All of this is also in line with what Naya Rivera, who played Santana, wrote about Lea in her memoir, Sorry Not Sorry.

In her memoir, Naya wrote that, "Soon, she started to ignore me, and eventually it got to the point where she didn’t say a word to me for all of Season 6."