Their pawfect friendship started from facetime when Winter and her animal care specialist, Katie Wojdyla, sent Kevin a video to say hi, inviting him to video chat. After getting to know each other, Kevin visited the aquarium to meet his new friend. 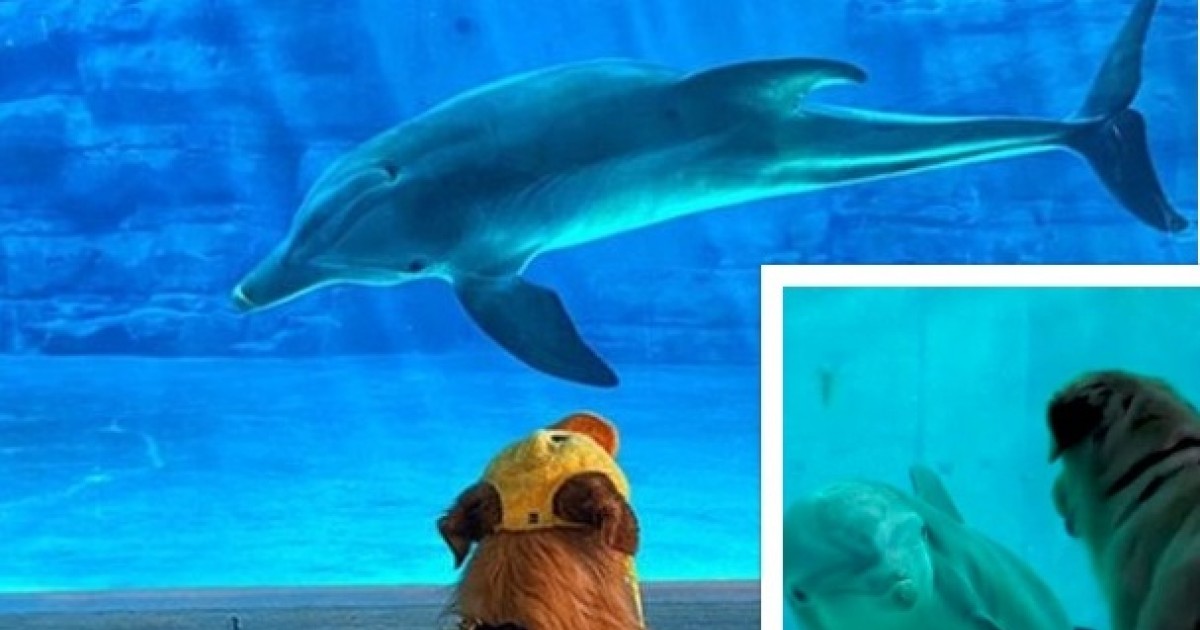 A dog and a dolphin being best friends? We are sure you are as much surprised as we are. Animals are beautiful, they know only the language of love.

This golden retriever Kevin, from Tampa, is a fluffy influencer who is also a celebrity with 215,000 Instagram followers. On the other hand, Winter is a magnificent rescue dolphin who lives at the Clearwater Marine Aquarium.

The story of their unique friendship is going to melt your hearts. 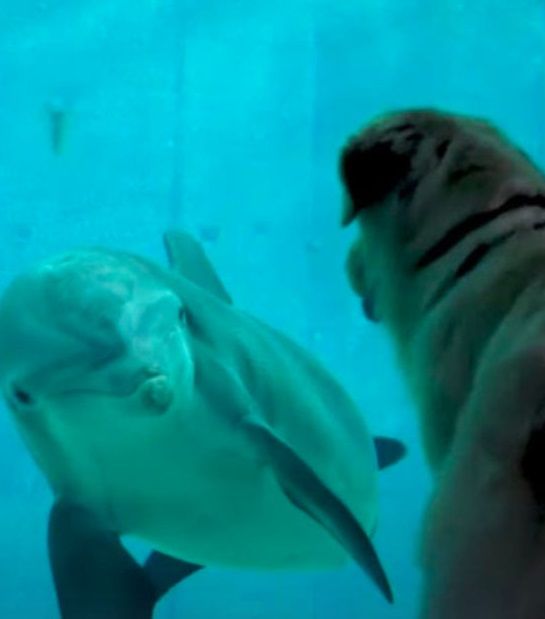 Now the question is, how the two met each other and developed a special bond?

This all started when Winter and her animal care specialist, Katie Wojdyla, sent one-year-old Kevin a video to say hi, inviting him to video chat.

#3 They both got to know each other through facetime, after that a face-to-face meeting was arranged

Kevin went to the aquarium to meet his friend for the first time. Kevin was all alone in the aquarium during his visit, he met Winter and her dolphin buds Hope, PJ, Nicholas, and Hemingway. Not only them, but the golden retriever also met many other underwater beings and made new friends. 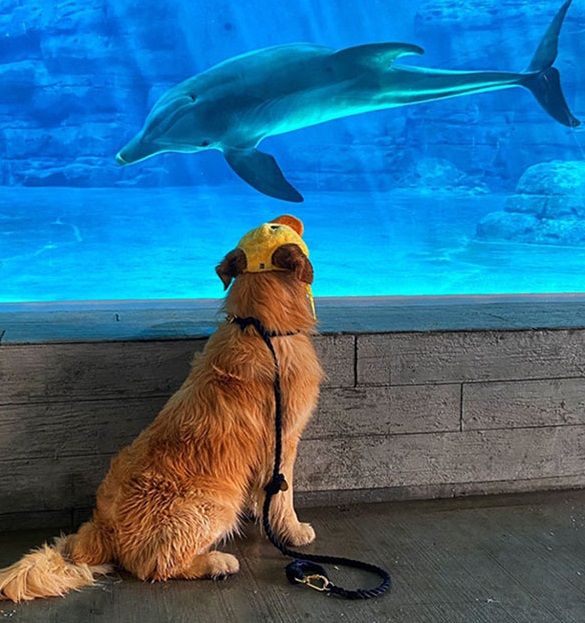 I think this was honestly the best day of Kevin’s life! We are so thankful for all opportunities Kevin has been given.

#4 Look at the heartwarming video yourself where Kevin meets Winter

Kevin even got the chance to swim in the Winter Zone habitat, this was also the filming location for Winter's movies. The moment he was inside the water, his mouth turned into a big smile.

Anything is paw-sible including a golden retriever and a rescued dolphin becoming friends! @agoldennamedkevin made the trip to CMA to explore Winter’s new home including visits with the rescued resident dolphins. He even took an adorable swim in Winter Zone with an Animal Care Specialist! Follow the link in our bio to plan a visit to see for yourself.

#5 That was the moment their pawfect friendship started flourishing

We were hoping to make new friends on #InternationalDayOfFriendship and we think this can be the start of something special! Would you like to FaceTime soon @agoldennamedkevin?