Grandfather, 80, Reunites With Long-lost Brother And Sister Thanks To His Litter Picking Dog

Thanks to his famed litter-picking dog, a pensioner has been reunited with his long-lost brother and sister after more than 20 years apart. Alfie Kitson, 80, and his five-year-old Millie made news just before Christmas because of his dog's incredible ability to pick up trash and throw it away. 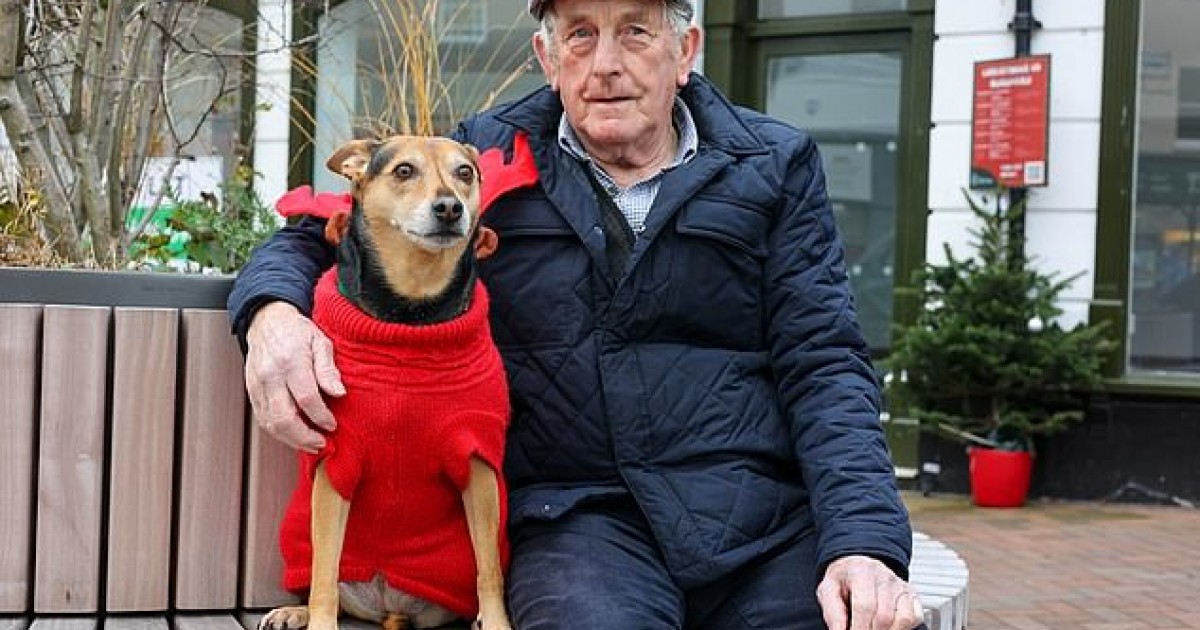 Alfie was noticed by his sister's husband while Millie was helping clean up the streets during one of these frequent visits.

When Millie became famous for her litter-picking antics, the family was able to locate down Alfie in the village of Ulingswick, where he now lives with his 75-year-old wife Judy.

For the first time in almost 20 years, Alfie has been reunited with his brother Dave, 84, and sister Anne, 71. 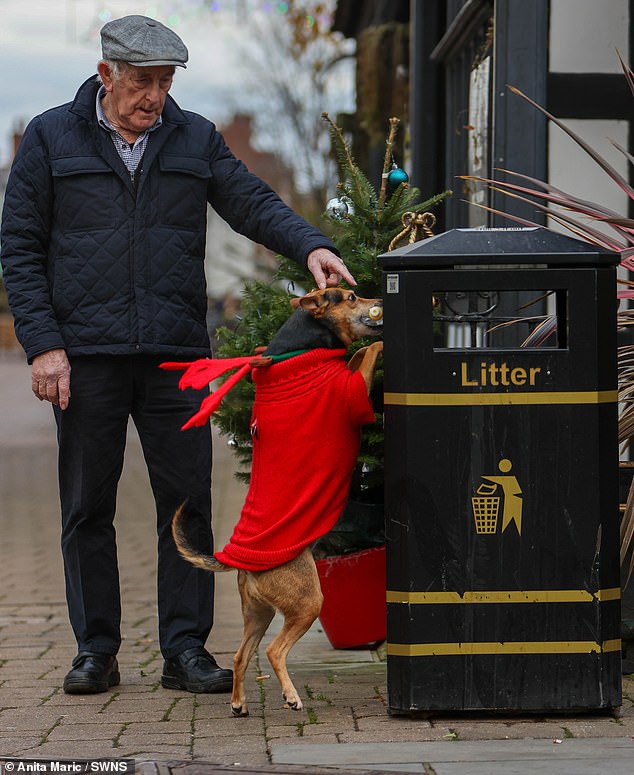 After moving to Coin, Malaga, two decades ago, the grandfather of seven had fallen apart from his siblings.

Retired plumber Alfie said: "My brother moved to London years back and my sister went elsewhere too - we just drifted apart.”

"I was living in Spain and we were just living our own lives. We only returned 18 months ago to because my wife became ill.”

"We had family still over here, so we moved back. It had been 20 years since I heard from Anne and Dave - those two stayed in touch.” 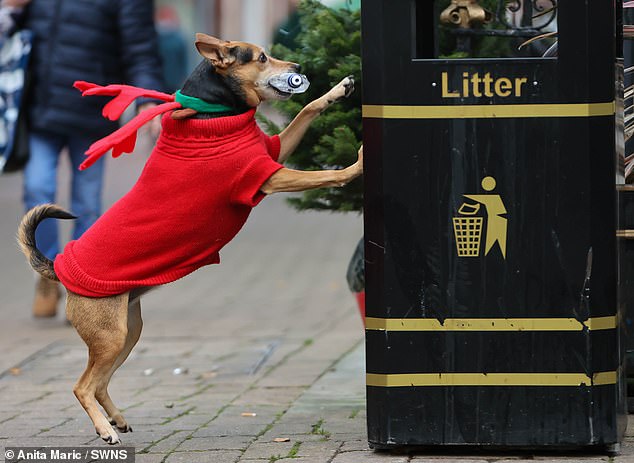 "But I had a call recently from my granddaughter, to say my sister Anne was trying to find me, I was only eight miles away.”

"I came back home on the day and low and behold there was my sister. She then got in touch with my brother Dave.”

"We all grew up in Hereford, and now we have all been reunited - it has been amazing.”

"And to think it's all down to teaching Millie how to put litter in the bin is just incredible really.” 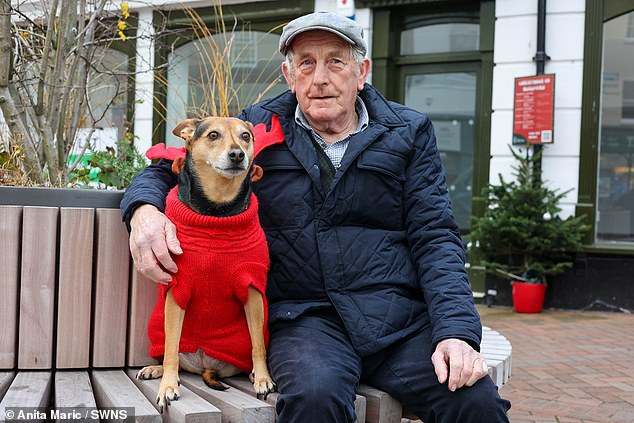 "They might not have ever found me if it wasn't for Millie and her little trick.”

"We are trying to make up for a lost time, but because of Covid it is still a bit of a distant arrangement at the moment.”

"We met for a walk with Millie last week and it has been emotional. We are planning to meet up again soon in the new year." 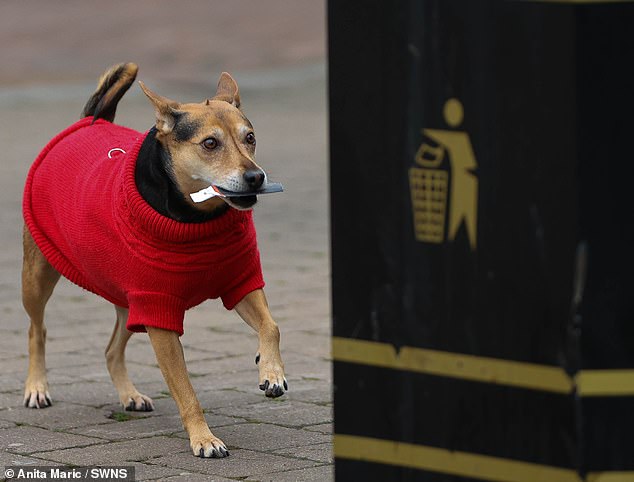 Alife and Millie were observed on their usual rounds around Hereford city center by Anne's eagle-eyed husband Ray, 73.

Ray said: "He moved over to Spain without leaving a forwarding address. We had no contact with him, his wife Judy, or their eldest son Simon.”

"After I spotted him back in Hereford, we then saw the coverage on Millie and went to Ulingswick to see if we could find him.” 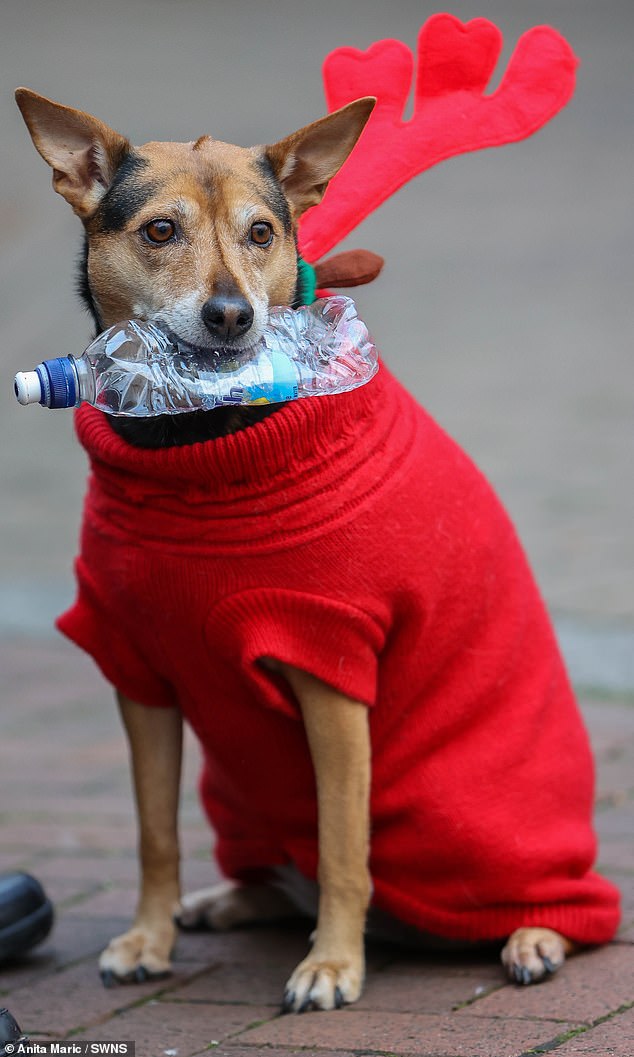 "After asking around the village we finally tracked him and his wife down.”

"After 20 years of not knowing where Alfie was, Anne finally got to meet him once again and there was plenty of hugs and tears.”

"Anne also let Dave know that Alfie was back in Herefordshire.”

"Dave and Alfie made arrangements to meet thereby completing a reunified family." 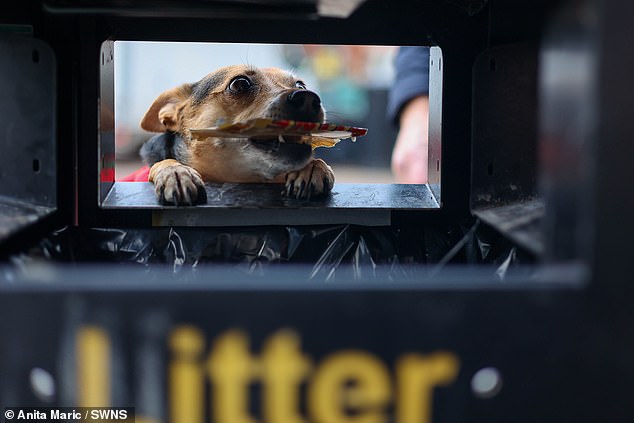 Millie gained fame overnight thanks to her ability to throw the trash into bins, a party trick she picked up in Spain.

She was about eight months old when Alfie and Judy discovered her abandoned in a garbage bag attached to a tree branch and rescued her.

Dad-of-three Alfie said previously: "We rescued her because our house felt empty without an animal. Dogs and cats are a big part of anyone's life that loves animals.”

"Millie is a very intelligent dog and seems to enjoy her little party trick.”

"A few people ask me why I do it but I enjoy it and so does Millie, plus it's helping keep the city clean and tidy which is our little good deed.”

"All I have to say is 'put that litter in the bin' and she will pick it up and do it. Passers-by seem to love it and she always gets a little round of applause.”

"Environmental concerns are a hot topic at the moment so if we can help clear up rubbish and plastic off the street then we're doing our bit to help.”

"She isn't just part of the family, she is the family and we are glad we can show her off to others as she is an amazing dog."