Posted by Sama in Funny On 16th December 2021
advertisement

This Nana was left shattered after her granddaughter informed her at a party that her supposedly cute pinstripe pants were not so cute after all and contained repeated messages of "F*ck You" printed over and over and over again in vertical white lettering to simulate pinstripes. Amused by her response, many people cheered on Nana and a few people also genuinely asked her from where she bought these cool pants? 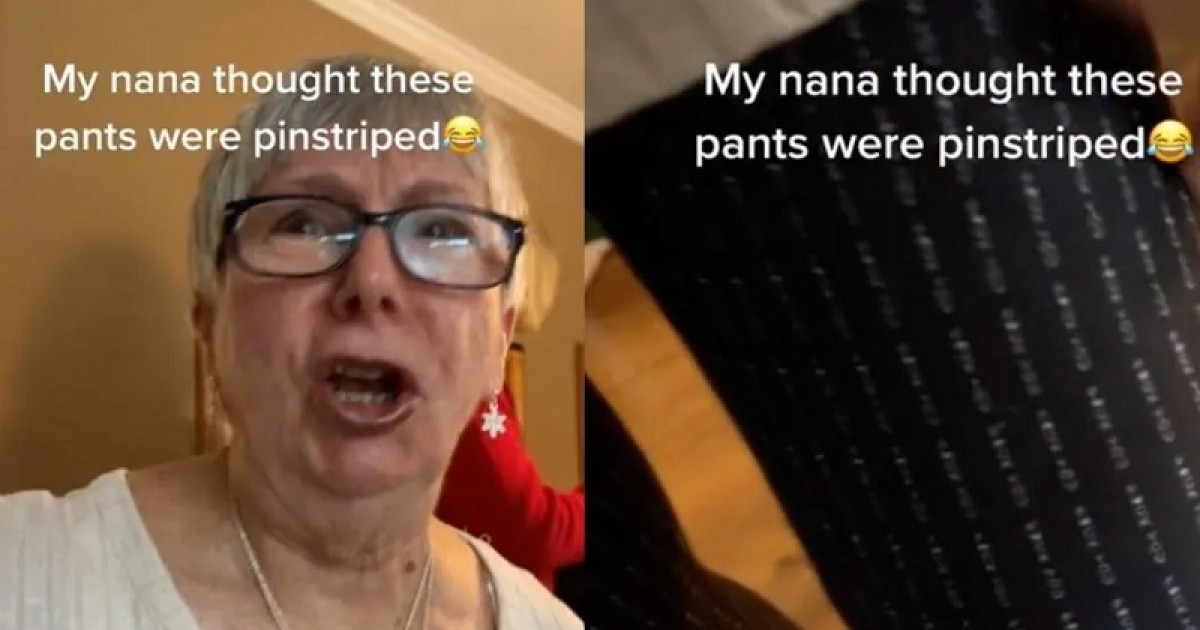 Internet is in love with this grandma who was left mortified after she learned that her cute pinstripe pants actually contained profane messages.

The viral TikTok shows the grandma shaking her head in disbelief, somehow hoping that her granddaughter is bluffing after she was informed that her cute pants are not so innocently stripped.

But the poor woman got a bitter reality check when TikTok user @chels_bb's confirmed to her nana that she was wearing pants that contained the phrase "F*ck You" printed over and over and over again in vertical white lettering to simulate pinstripes. 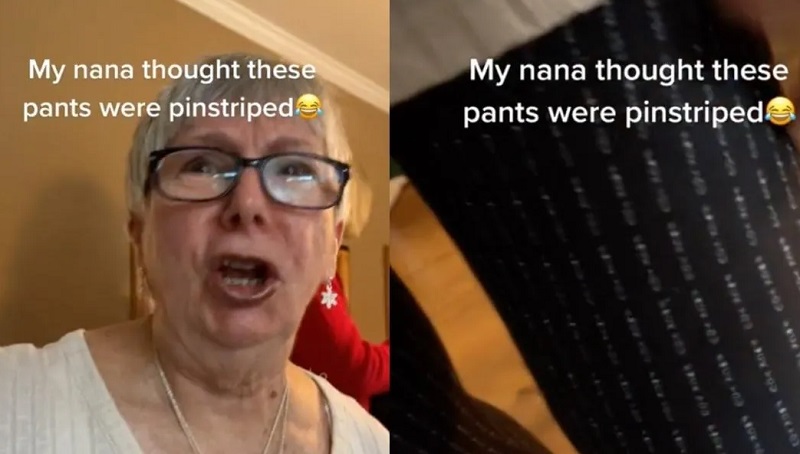 "Oh....my....god," she chokes out, as the woman behind the camera playfully exclaims "Nana!" in an incredulous, mocking tone.

She scored @chels_bb over 10 million views and 1.4 million likes.

Amused with her response, many people took to the comments section to ask Nana where she bought these cool pants? 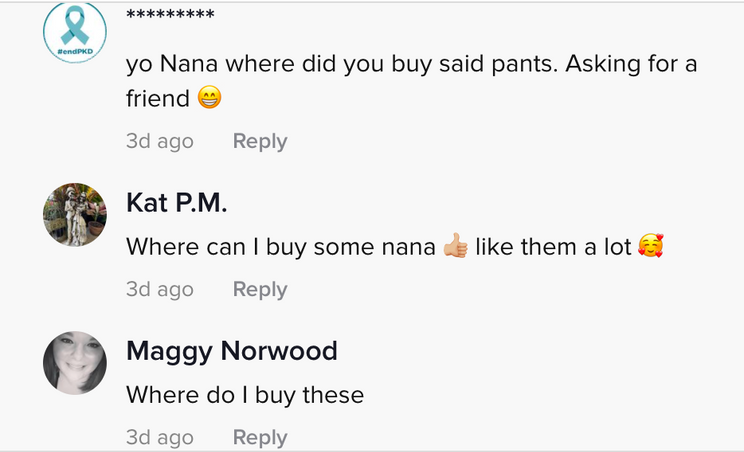 Some people even claimed that Nana was in on it the whole time, though.

Whatever the reason, majority of people just loved Nana and her super adorable response 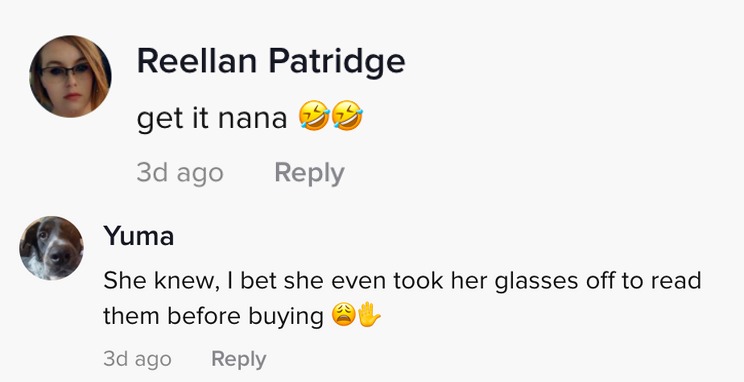 However, with her expression, we are sure that the next time Nana goes for shopping, she will look closely to all the texts written on clothes