Grandmother Warns About The Dangers Of Forward Facing Car Seats After Granddaughter Is Left Partially Paralyzed In A Car Accident. Too Early

After her granddaughter Aniyah got badly injured in a car accident that left the girl partially paralyzed for life, grandmother Bender took to social media and wrote a long post, warning parents the dangers of moving to forward facing car seat too early. 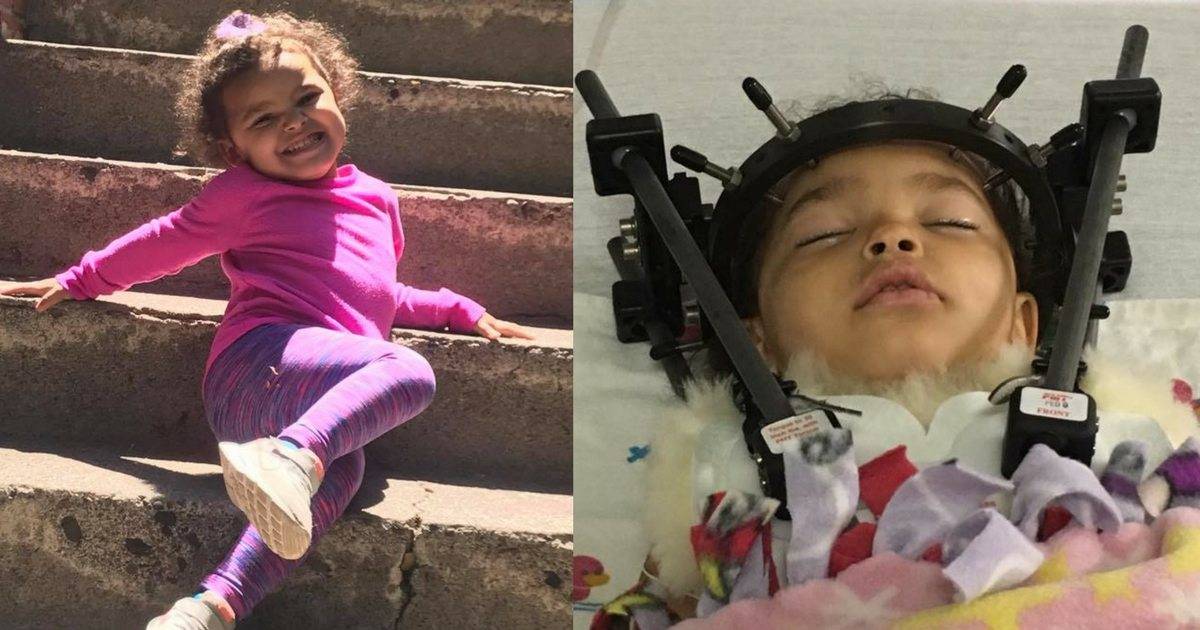 #1 Aniyah Got Hurt Critically In A Car Accident Forward-Facing

After getting their little one critically hurt, Grandmother Tanya Bender and family are warning the public on social media about the dangers of forward facing car seat too early. On a social media group Keeping Littles Safe In Carseats, Bender posted, "In most states, the minimum requirement to forward-face is 2 years old. Aniyah was 2 years old when she was in a car accident forward-facing. Her seat was correctly installed in the car seat according to the car seat requirements and the law now. If she had been rear-facing, she would have not suffered any injury at all." 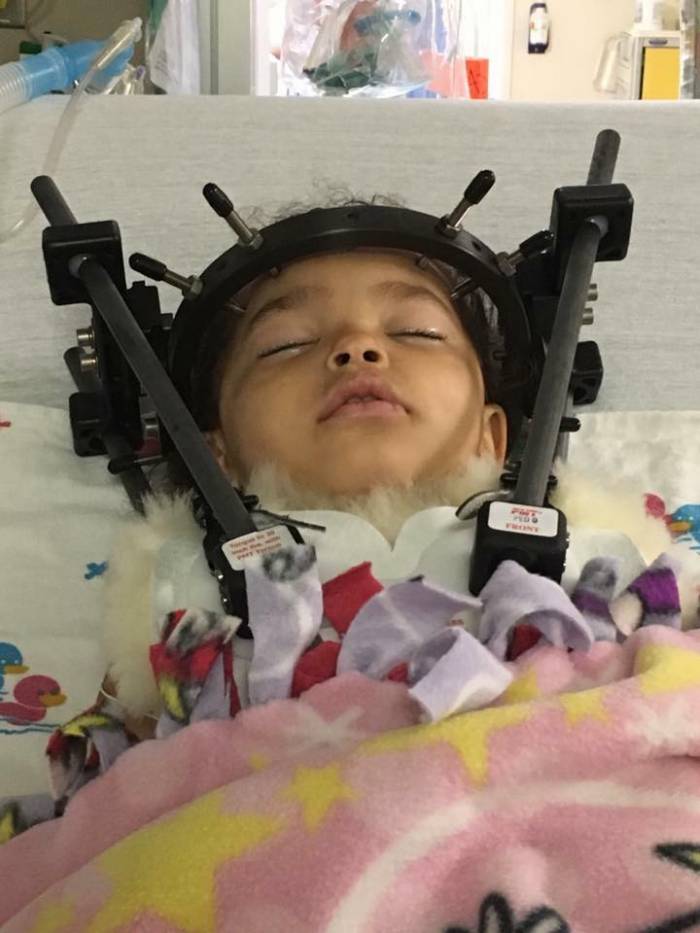 Recalling the horrifying accident, Bender wrote, "Aniyah turned 2 on February 28th and the accident happened on May 22nd. She was waiting happily for her mom to pick her up for the day, and we put the car seat in the car forward-facing and strapped her in. They left the house and about 5 miles down the road, they got into a car accident that resulted in the car hitting a brick pillar that held up signs for a business, and the car flipped upside down." 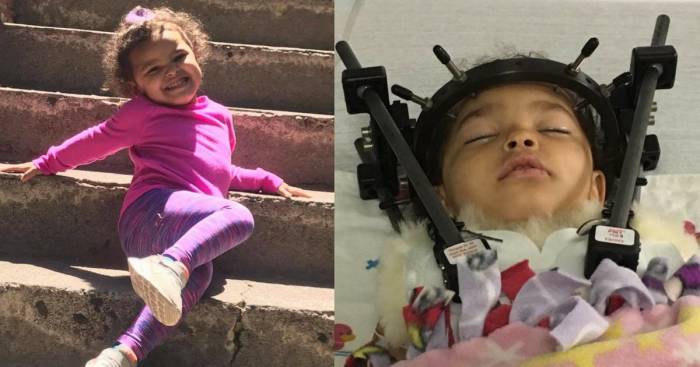 The entire accident was traumatizing for the family and left the baby girl decapitated from inside. Aniyah had to undergo 8-hour long surgery to fuse her entire neck, "Due to the force, Aniyah was internally decapitated at her C1 completely. She had several breaks between C1 and C7 and also suffered a complete tear at her C5 of her nerve root that controls her arm. She was life-flighted to Doernbecher Children’s Hospital in Portland, Oregon, after a long 12 hours at the local hospital. She underwent an 8-hour surgery to fuse her entire neck and put a halo on."

According to the heartbroken grandmother in her post, the accident has left her granddaughter partially paralyzed for life but they couldn't be more thankful to God for Aniya survived the impossible, "We spent the next two weeks there at the hospital. When we arrived at home, we had to teach her how to sit up again, walk again, and how to use her hand and lower arm again. It has been two years in May of this year and she is finally able — with constant occupational therapy — to use the lower part of her arm but will never be able to use it fully." 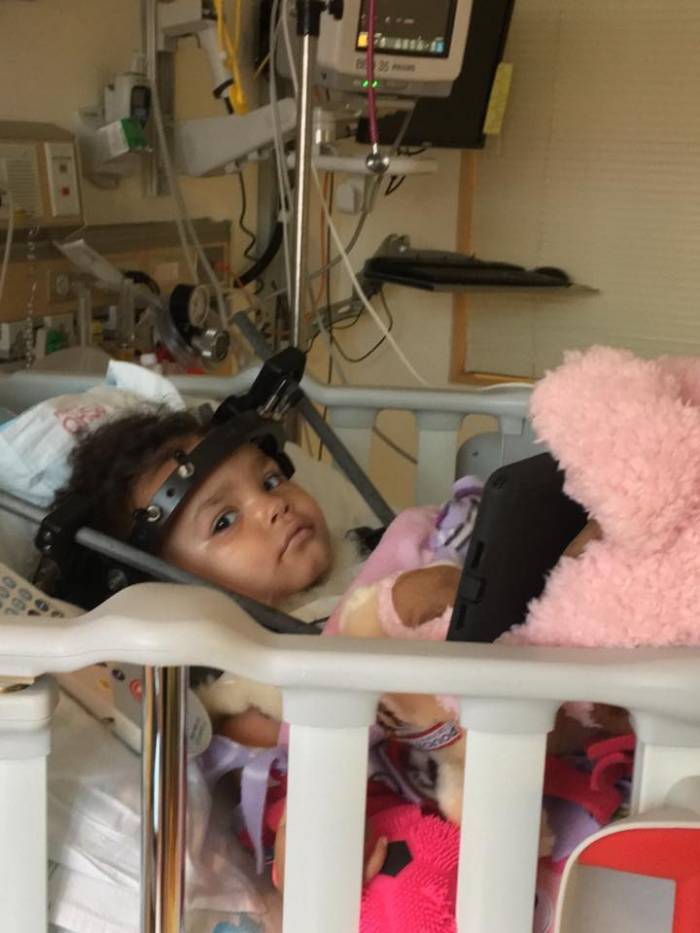 According to her doctors at Doernbecher, Bender says the neck fusion Anaya got is a rare form to survive, the girl has to be very careful throughout her life to avoid any sort of situation that may put her in danger again, "Due to her full neck fusion she will never be able to jump on trampolines, ride horses, do cheerleading, sports that require her to be physical or even tumbling. It is too dangerous for re-injury to her neck. The fusion Aniyah had is very rare to survive from, according to her doctors at Doernbecher." 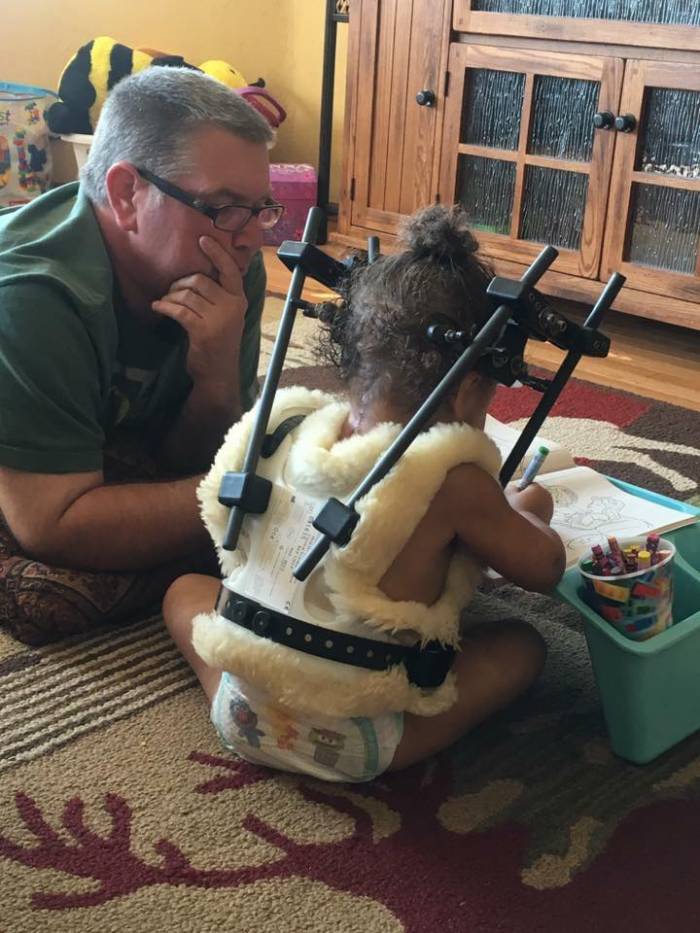 The purpose of Bender's long post is to warn the parents of forward facing cars early and the risks behind it, "I want people to understand that although the laws may say you can forward-face your child at 23-pounds or 2 years old in some states, the best thing is to always rear-face until at least 40-pounds or even 50-pounds if you can do so." 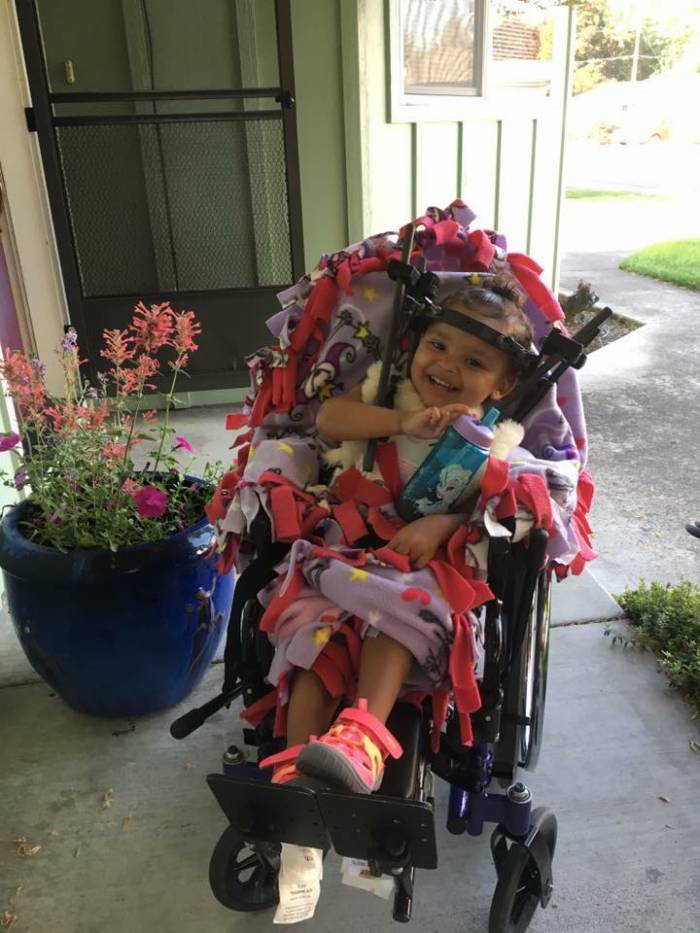 #7 Anaya Is A Strong Girl, She Is Learning To Function With Her Disabilites 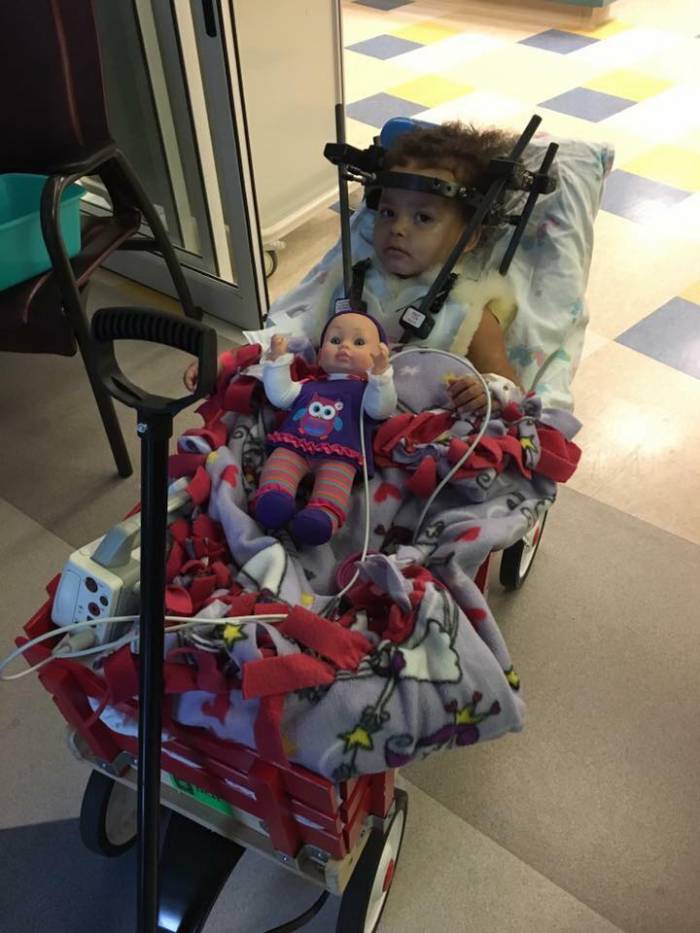 After reading Bender's post, a number of parents commented and said they are having second thoughts about forward facing car seats. One person commented on the post, "Oh wow this makes me want to turn my son around he just turn 3 in the fall. But about 30lbs only." 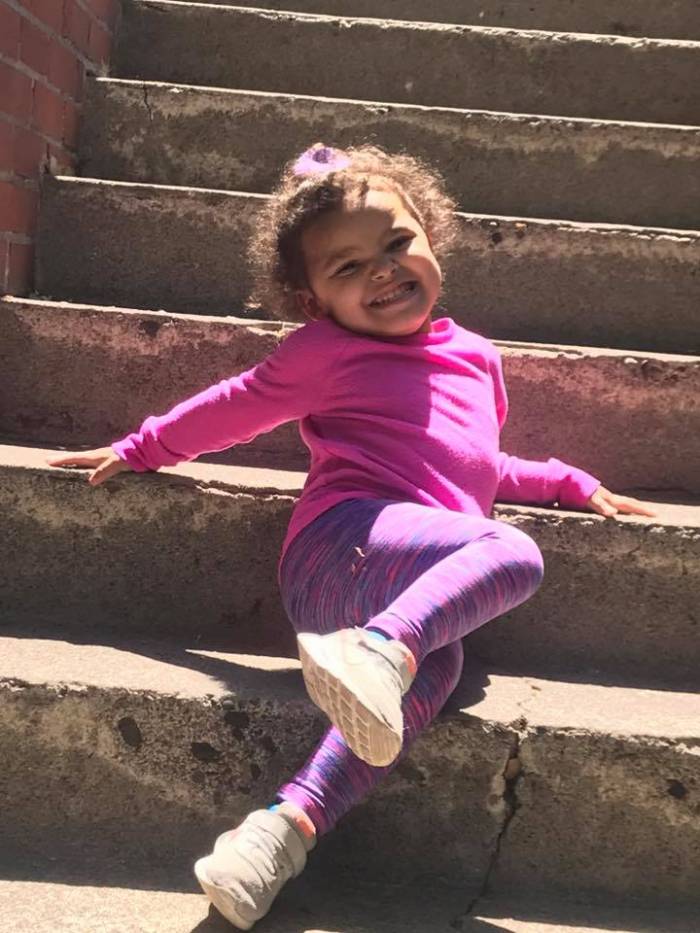 Another parent commented, she got scared after reading the post, "It’s so scary to think that in the UK the law allows us to forward face from 9 months. I can’t wait until the day they change the law. car accidents don’t care about the law at all. I’m so glad she’s doing better now." 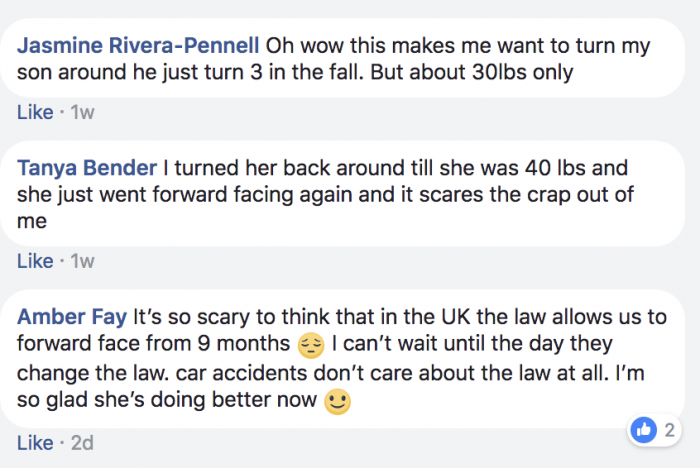