Gross Or Genius? Tiktoker’s Mom Gets Revenge On Parcel Thieves

Posted by Annie N. in Funny On 3rd October 2021
advertisement

This TikToker’s mother was fed up of porch pirates swiping parcels from her front door that he came up with a rather sickening surprise for them to encounter the next time they dared touch her things. 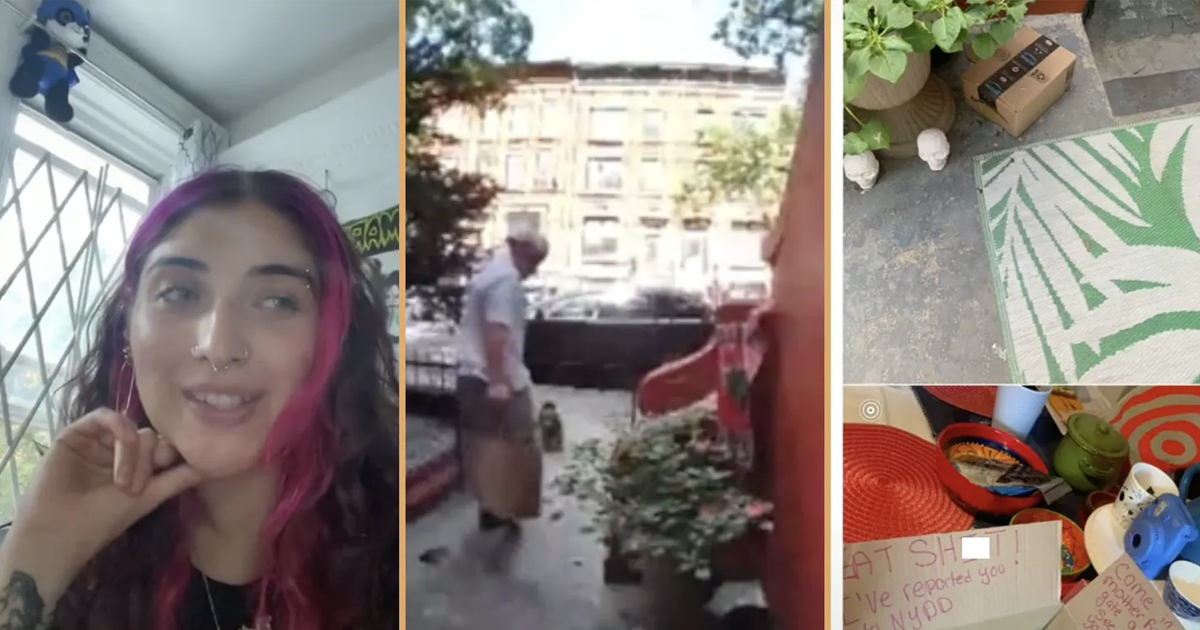 We all hate it when parcel thieves help themselves to items that we have been waiting for after ordering online. Not to mention having to either deal with the cost or the customer service department.

Mother of popular Tiktoker Destiny Marin however decided she was going to go nuclear and send a rather strong-worded message to the porch pirates that had taken one too many parcels from her front door.

She set up an Amazon decoy box for them to pick up with one subtle difference; it contained her faeces. She also wrote the words “Eat Sh*t” on the inside of the box.

Destiny provided further context in her TikTok’s saying, "Recently we've been having like all of our Amazon packages stolen from the front of our house, and we caught it all on our Ring camera,"

In the CCTV footage, a man wearing a  baseball cap can be seen grabbing the parcel and placing it in a bag.

After being recognized in the video, Marin’s mother wasn’t afraid of calling him out in public when she saw him later in the day. After screaming “Amazon Package Thief”, the man tried to hide from her but once again targeted their home and took their package.

"So I guess he wasn't too happy about being called out on the street and so he pulls up to our house again," 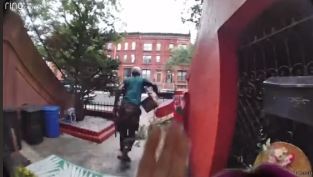 "And this time he has a message for our Ring camera.

"This man walks up to our house again, with his dogs still behind him, and he's like 'you see that, you see that' - literally mocking my mother through the Ring camera."

Now that things had gotten personal, Marin’s mother upped the ante and decided to take some stinky revenge on the bandit.

"So this is my mom's response back, " Destiny revealed. 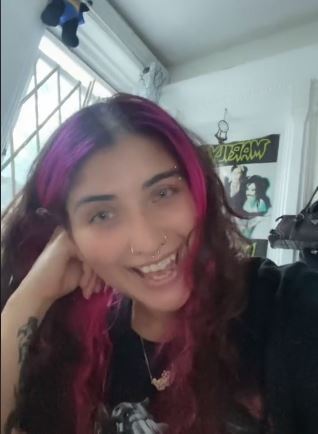 "She took a s*** in an Amazon box, covered it with a smiley face balloon and wrote a little message inside for the thief and then she retaped the box to make it look like a regular Amazon box.

"Then she sent a message out to all of us like just letting us know not to bring that box back in the house because it's full of s***." 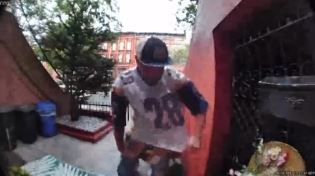 Unfortunately, the wrong thief got the nuclear box and could be seen walking away not knowing what was really inside it.

As Marin tells the story, her mother can be heard saying, "Don't get upset, that's what you get for taking people's s***.”

In a follow-up video, she confirmed that her mother was willing to set up another fecal trap until she got the main culprit.

People loved the idea and lauded the mother for her quick wit.

Apparently, the issue has gotten so out of hand in NYC that this wasn't as nuclear of an option as we think.

Others in fact, admitted to taking a similar course of action.

They all agreed however that the mother was a legend.