Posted by Abdul Rafay in Bizarre On 9th April 2021
ADVERTISEMENT

Weisz demonstrated how to cook meat using only the heat produced by slapping something repeatedly in his educational YouTube video. He had to create a proper contraption that could slap the chicken quickly enough to test the theory, which took him about two months. 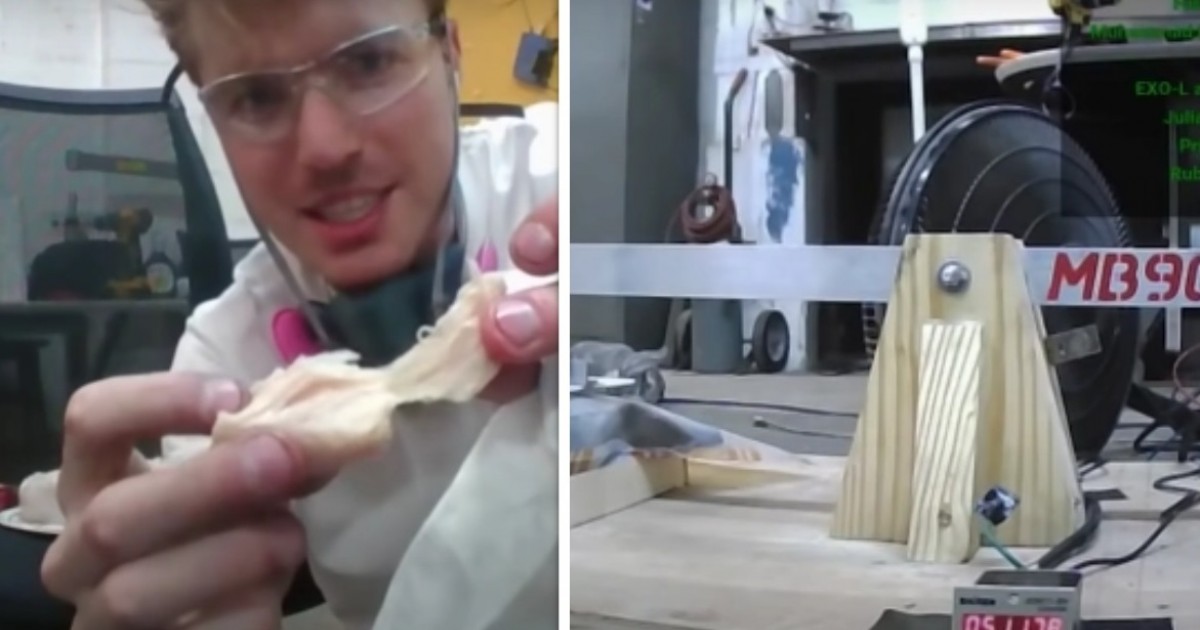 If you've ever wondered if you could cook a chicken by slapping it a bunch of times, fear not: your question has finally been answered!

The wild experiment appears to have been inspired by a 2019 Reddit thread asking the same question: "If kinetic energy is converted into thermal energy, how hard do I have to slap a chicken to cook it?" 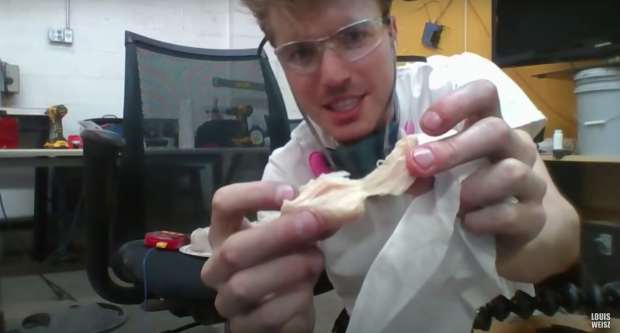 With a velocity of nearly 6000km per hour, one commenter, who seemed to be a physics student, replied that it would take approximately '23,034 average slaps to cook a chicken.'

After two years, YouTuber Louis Weisz decided to perform a science experiment to see if the heat produced by slapping a whole raw chicken a ridiculous number of times would be enough to cook it efficiently. 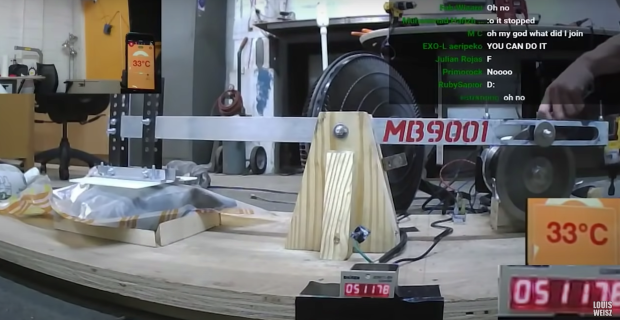 Weisz revealed in a video titled 'I Cooked a Chicken by Slapping It' that the crucial experiment took him two months to complete because the initial rig sped up to the point where it essentially pulverized the chicken.

Weisz adjusted the strange contraption, which featured a paddle attached to a motor-powered robot arm, to cook the chook to the point where it was edible by administering a whopping 135,000 slaps over eight hours, totaling 7,500 Watt-hours of electricity.

That's two to three times as much energy as your oven can need to accomplish the same task.

Weisz cooked the chicken through by keeping it at a temperature of about 55-60 degrees Celsius for a little over 90 minutes, as suggested by Modernist Cuisine.

It's worth noting, however, that to destroy germs, a chicken should be cooked to an internal temperature of at least 73 degrees Celsius.

But don't run out to your nearest supermarket to try this one out just yet; you're much better off eating a chook that's been prepared the traditional way.

"It tastes like you've been chewing it more a minute already," Weisz said of the alternative method.

The curious YouTuber even put his method to the test on a piece of steak, which he was able to cook to an edible state, but we'll probably stick to using a frypan.