Posted by Annie N. in Cringey On 15th August 2021
advertisement

This TikToker shared a video of a moment where a man literally mansplained the law to her. The moment was especially cringe considering the fact that she had given the bar exam that day and was far more qualified to speak on the subject than him. 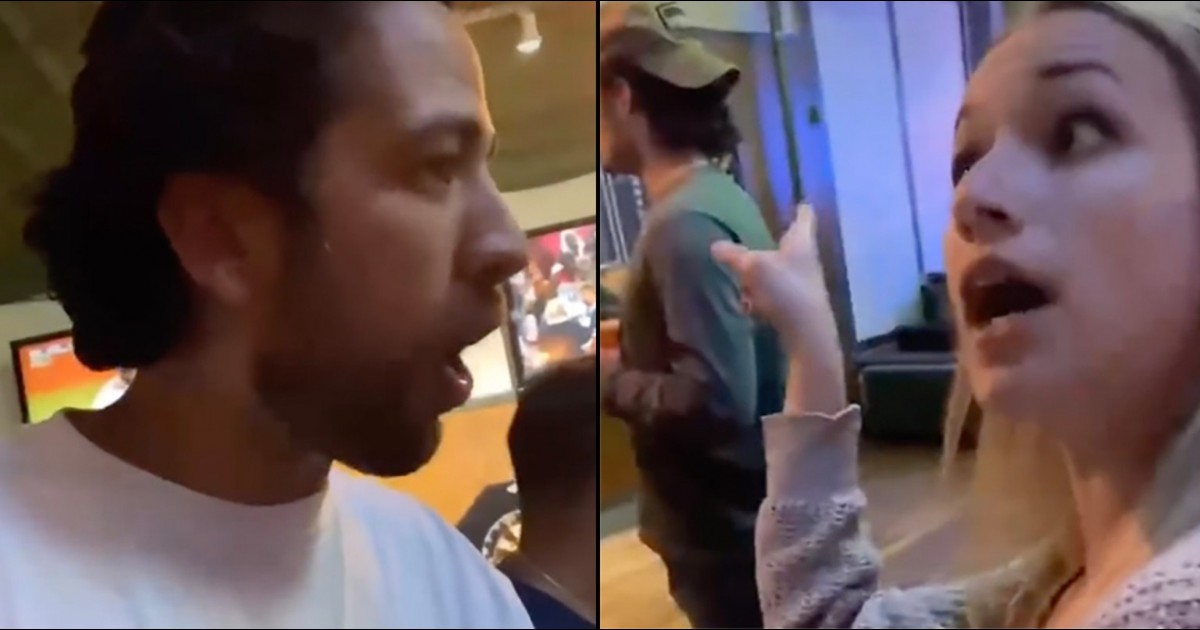 Chances are if you’re a woman, you’ve had a man try and explain or ‘mansplain’ things to do whether or not they have expertise on the subject.

The issue is so common that it has its own name i.e. ‘mansplaining’. That’s what happened to TikToker chatty_kathy8 who went out one evening only to run into a guy who began to ‘explain’ the law to her.

She shared the video with the capiton, ““Watch this man who’s never been to law school mansplain how the law works to me the day I took the bar exam.”

The conversation happened in the middle of a noisy bar so it can be hard to hear exactly what’s being said but some of the highlights include, “Is there a jury though?” 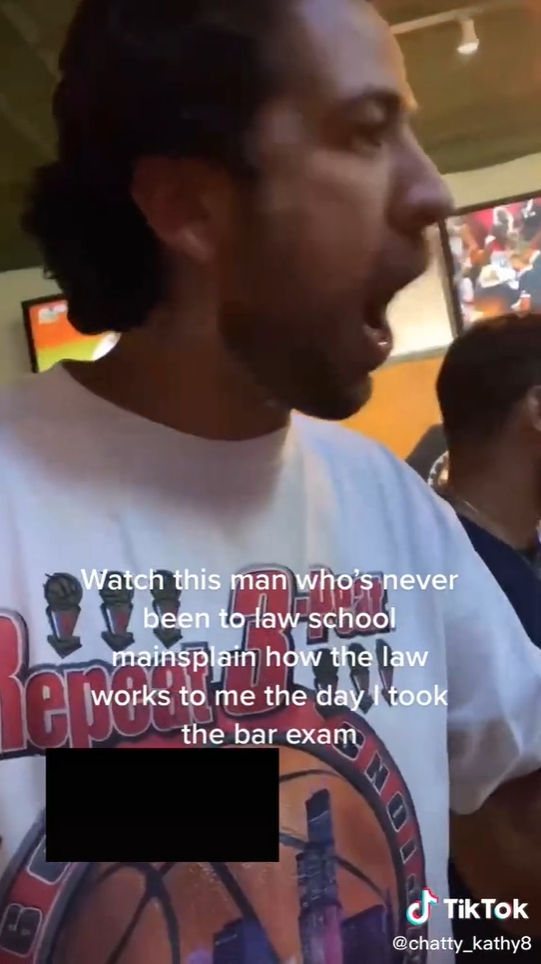 Kathy's caption encapsulated his whole vibe. “Yeah, I could’ve gone to law school but business was the better move for me.” 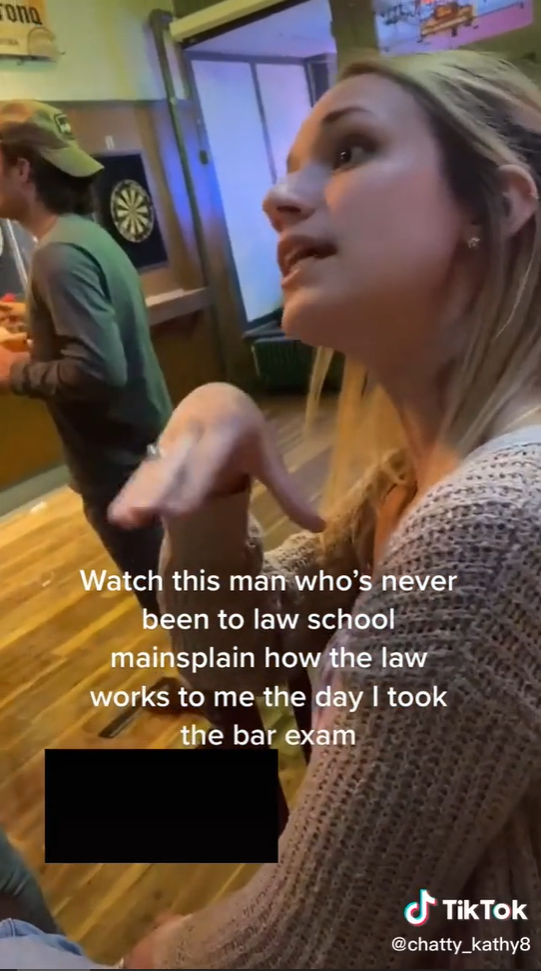 One commenter said, “Did you listen or where (sic) you just hostile?” To this Kathy decided to create a response video holding a mug that said, ‘don’t confuse your Google search with my law degree’

"But I just want to say to people commenting stuff like this, or defending the man, telling me I just should have sat and listened to him because he was just trying to be nice, or just otherwise trolling, thank you so much for that.”

“Today is my birthday, and I woke up to my tic tock, blowing up, and I’m a Leo. And we thrive off of attention so you have given me the best birthday gift. I could have ever asked for.” 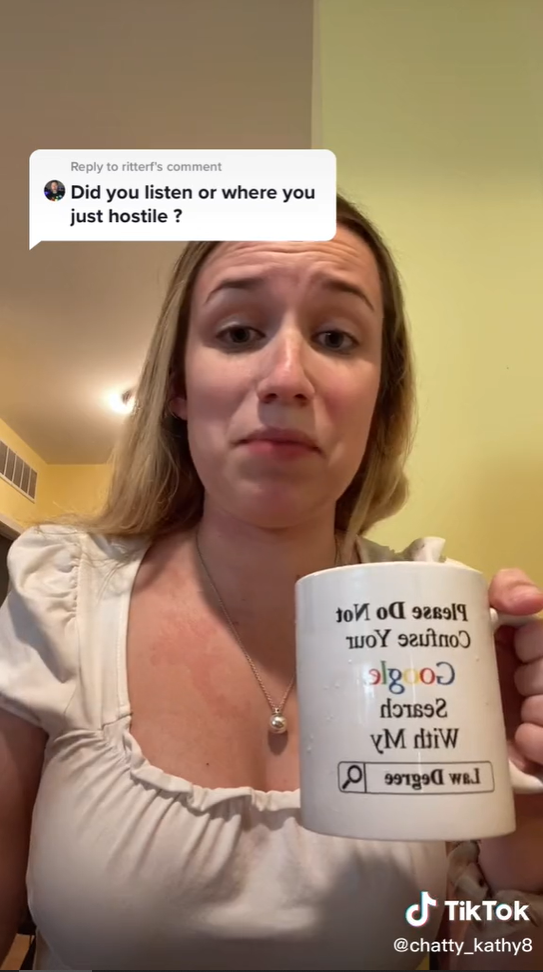 She ended the video with, “So, thank you so, so much, and also thank you for proving my point. Maybe go take a walk. Drink some water, chill out a bit.” 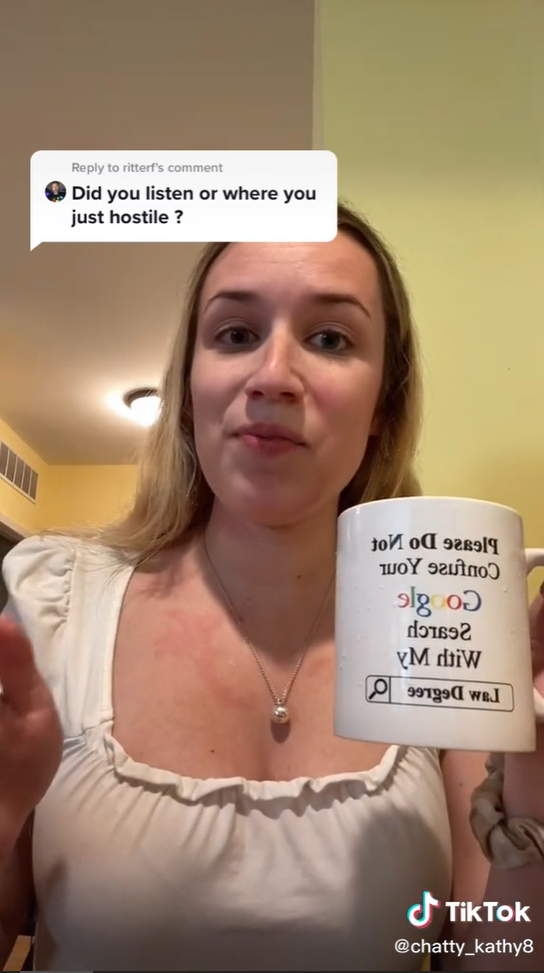