Mark Bryan, 61, loves to wear tight skirts and high heels to work, at the shops, and even at home. He is a straight, happily married man with three kids whose family supports him in his choices. He says he wants to challenge the concept of gendered clothing. 'Even if a say I wear a men’s shirt and a women’s skirt and heels, it’s all non-gender clothes to me.' 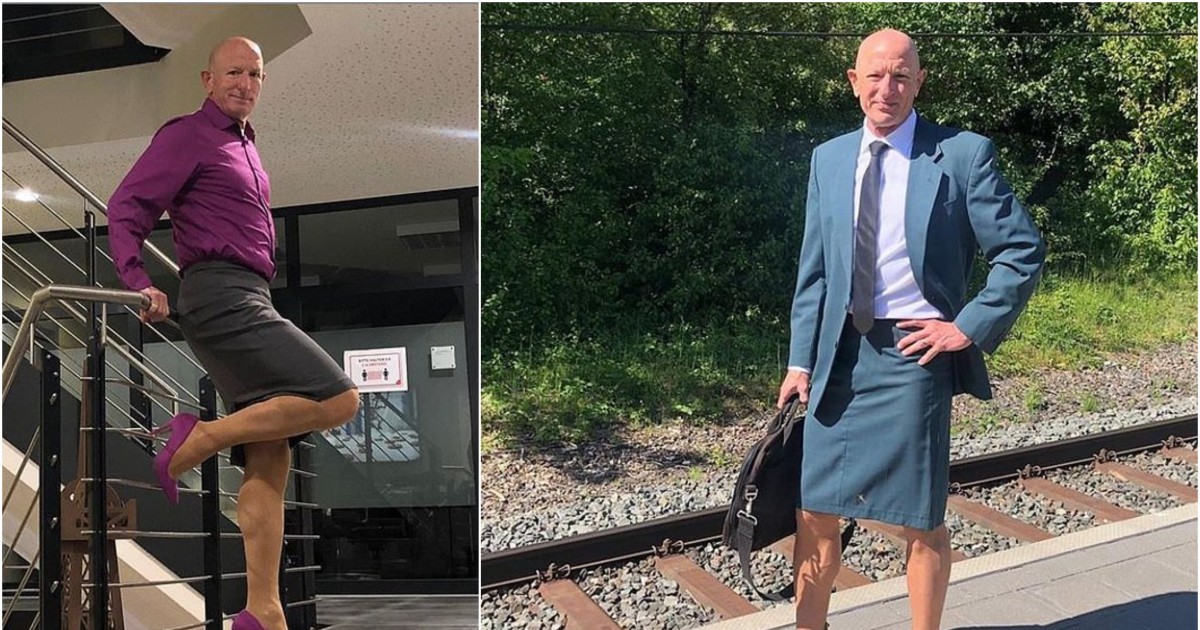 This happily married American man, Mark Bryan, 61, has been wearing a skirt and high heel in public for four years

This married man is a father of three who loves to wear skirts and high heels to his office. He has been wearing this for four years now and says he wants to challenge gender stereotypes when it comes to fashion.

Mark Bryan, 61, is an American man who lives in Germany, he not only dons tight skirts and high heels to the office but also at the shops and even at home, reports the Bored Panda.

The robotics engineering manager first wore heels back in college when his then-girlfriend asked him to before he danced with her. 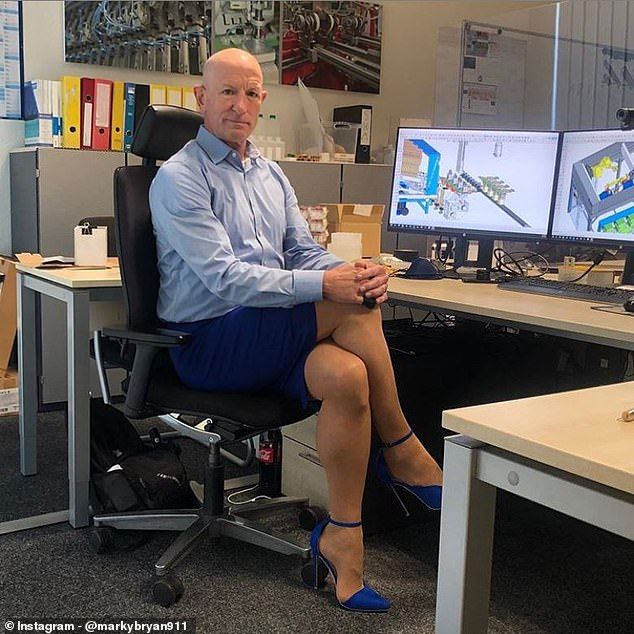 He wears these skirts with men's button-up shirts

The man is on a mission to eliminate gender stereotypes. He posts his daily looks quite frequently on his Instagram and his fans absolutely love his stylish outfits. He tries to mix up what is expected for certain genders through his dressing. 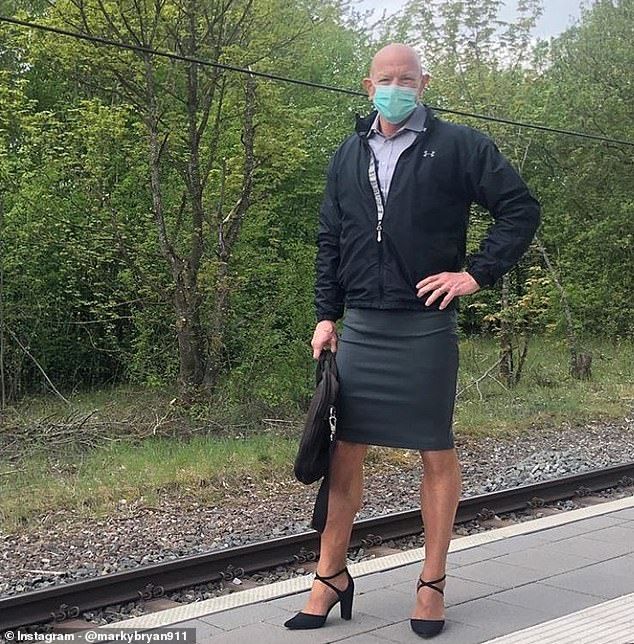 When asked about his favorite skirts, Mark said his go-to are five-inch stilettos and pencil skirts, and he purchases them mostly online.

'Not the most comfortable, but I really do like the way the heels look with a tight pencil skirt,' he said. 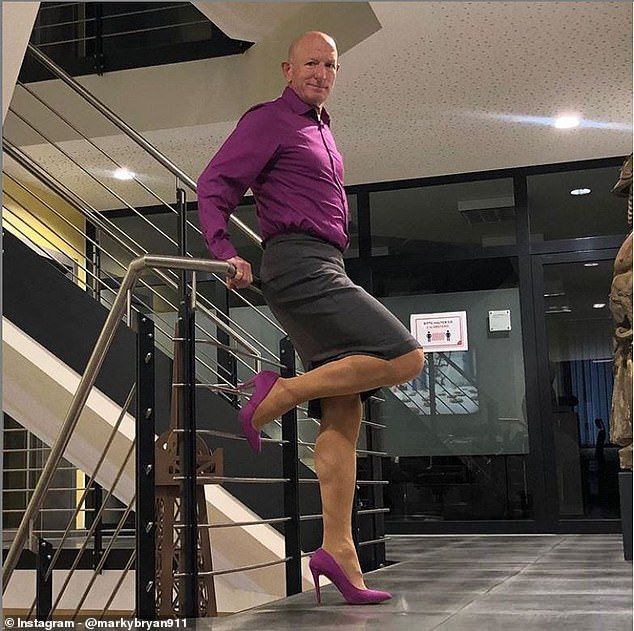 Mark said in an interview with BoredPanda that he wears the clothes he does 'because he can' and claimed he has always admired women who wear tight skirts and heels and the power they present.

Looking at his appearance, many people ask Mark about his sexuality which sometimes makes him angry.

'Most of the time, I’ll tell them it's none of their business,' he said. 'Other times, I’ll just say, I'm straight.' 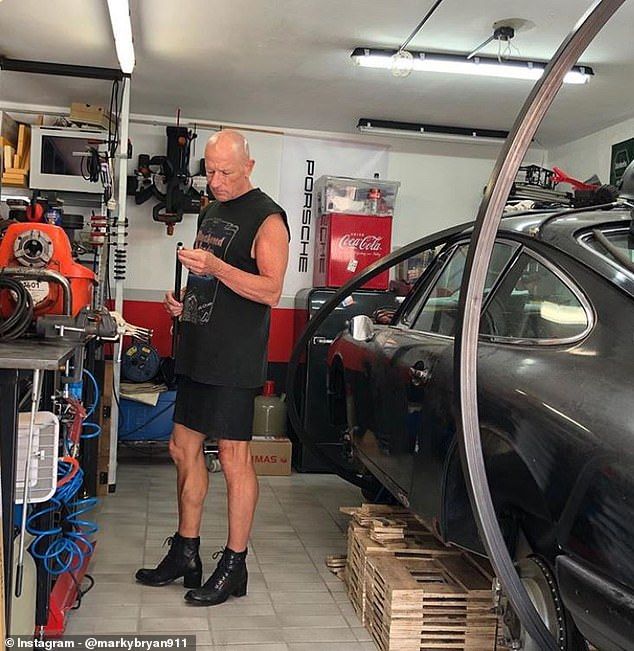 Mark told about his personal life that he had been married three times but with his current wife for 11 years. He says his wife and kids support him in his choices. 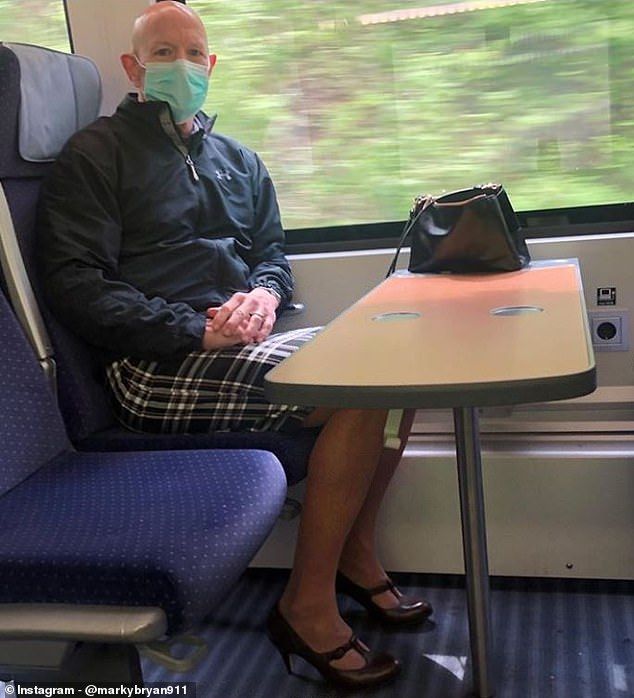 He told BoredPanda how the first time he opened up about his clothing to his children, a son and two daughters, he said: 'I just told them that their dad liked to wear skirts and heels and not to worry about me being gay or that it’s anything sexual.' 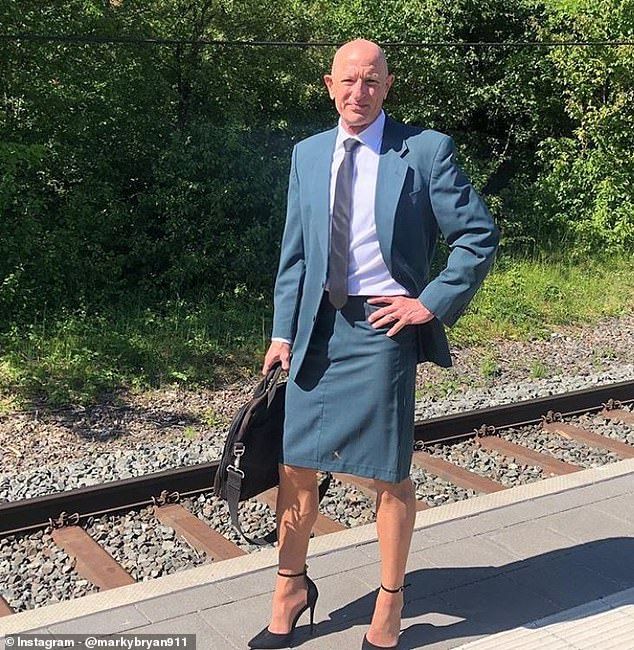 Mark at first started going to the office with heels and pants. After some time, he felt brave enough to go full-time in a skirt. 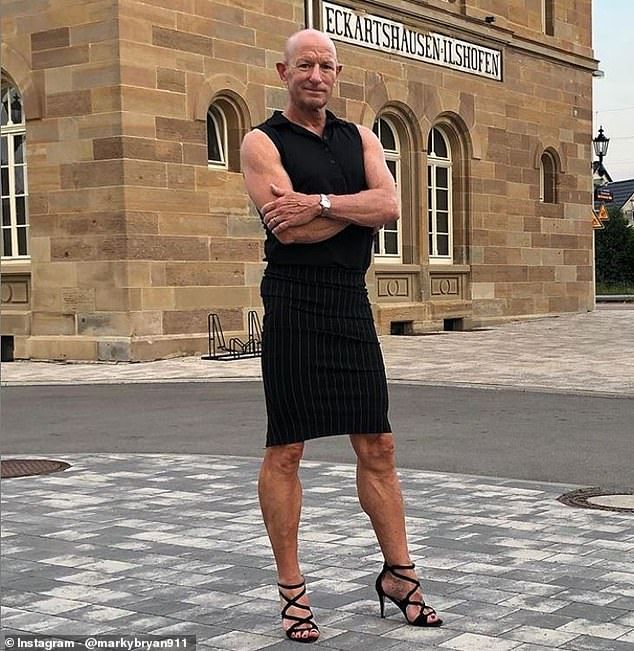 He revealed the first time he went out wearing a skirt with high heels, he felt nervous but then he realized that 'a big majority of people don't really care what a person wears'. 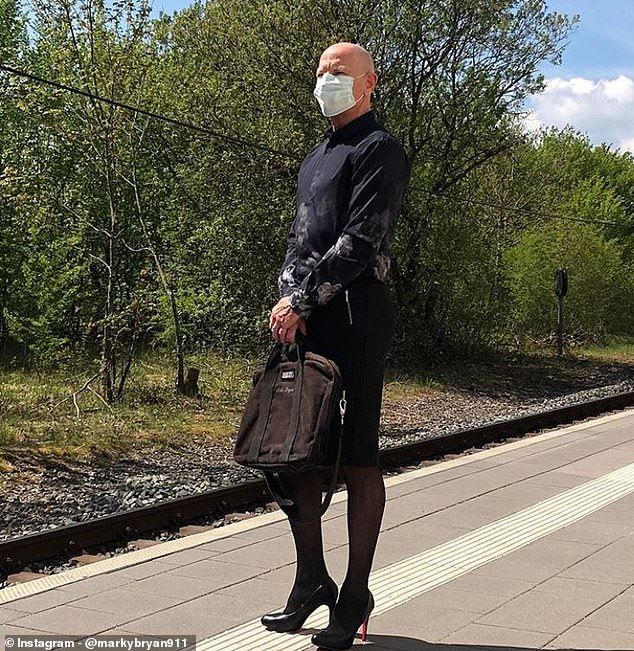 He says he soon came to understand only a small proportion of people have a problem with it.

Mark said: 'Some people, mostly men, are surprised that I am just a normal guy that can carry on a normal manly conversation. 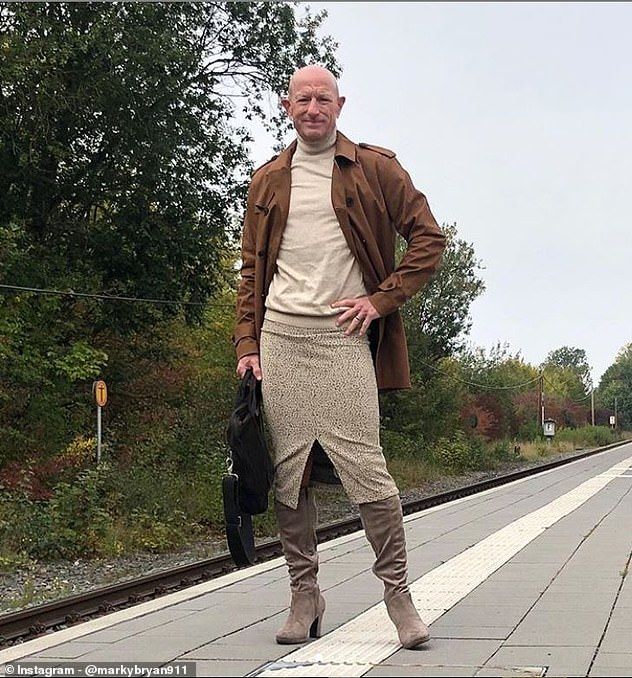 'Clothes have no gender, but I do refer to my shirts as men’s; just to be clear, I do not wear blouses.'

'Even if a say I wear a men’s shirt and a women’s skirt and heels, it’s all non-gender clothes to me.' 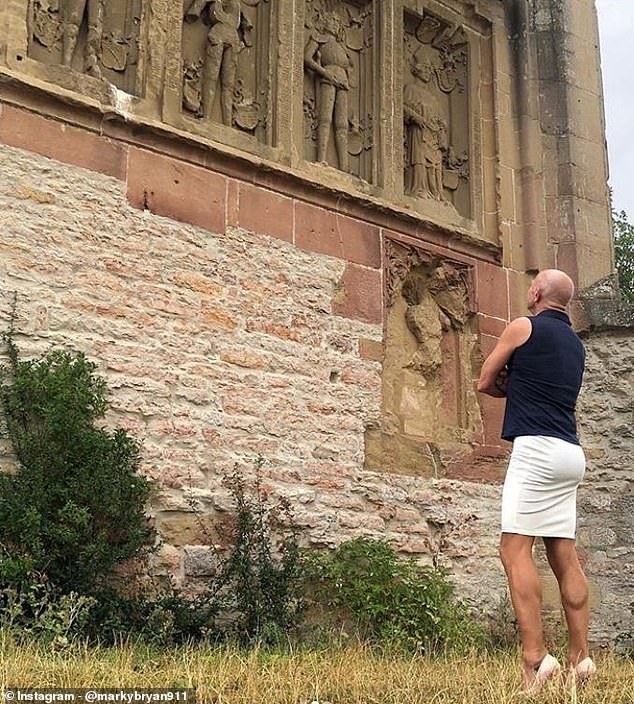