Neighbors said they had witnessed the dog’s owners urinating on her and that they had phoned the local SPCA many times over many years, but nothing was done to help her. 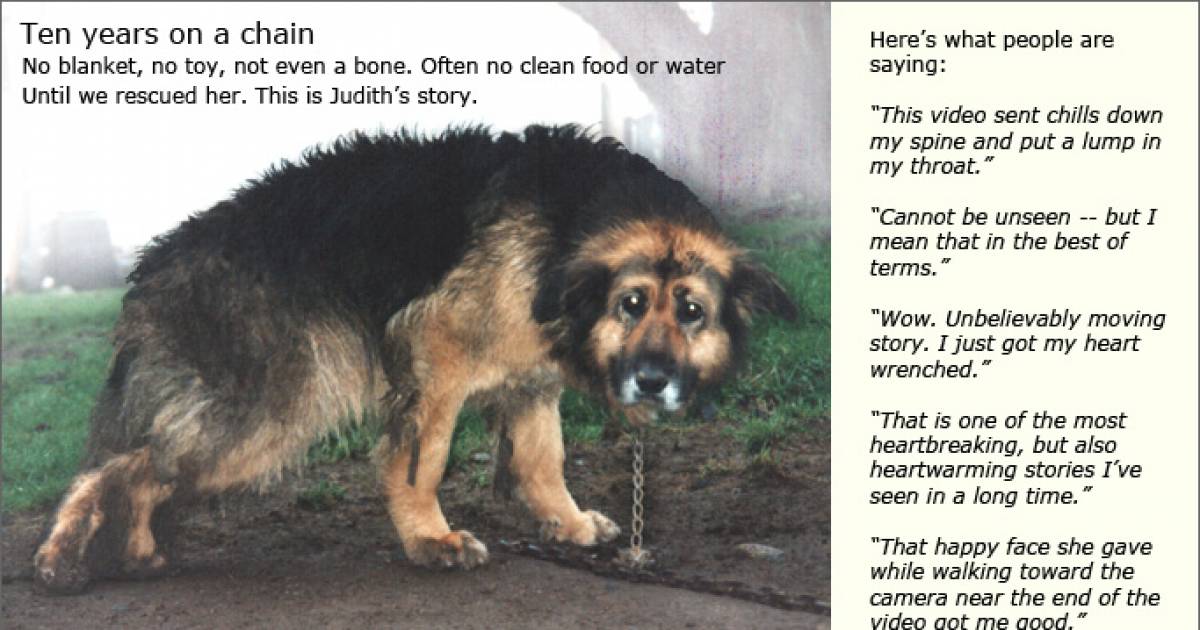 Judith spent 10 years on the end of a chain. She had no blanket, toy or bone. She often had no food or water.

Animal Advocates Society of BC first saw this abused and neglected dog at night, lying in the frozen mud in her own feces, being snowed and sleeted on. 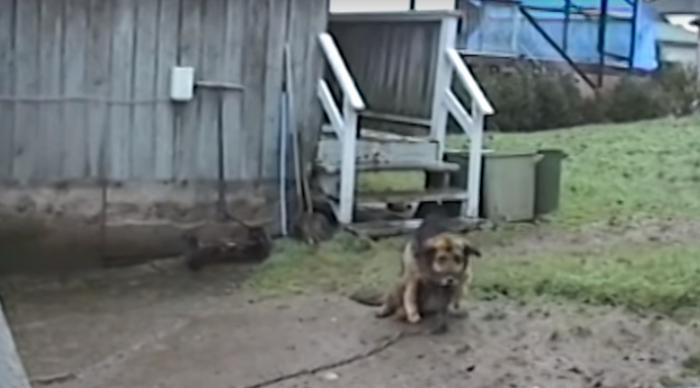 Neighbors would report the situation to the local BCSPCA.

What the SPCA would do for her was to take $50 to kill her. But finally, someone stumbled upon Animal Advocates and contacted them. 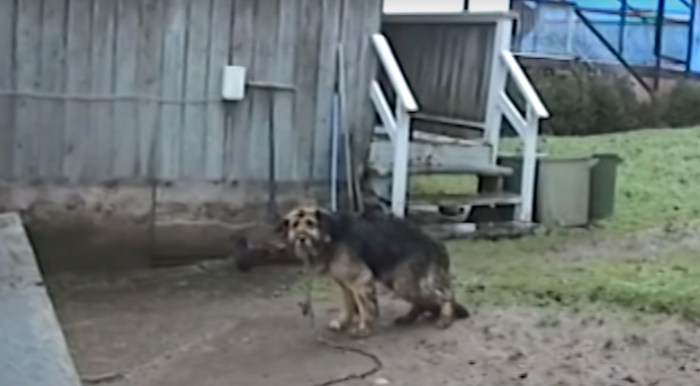 A representative immediately went to her location and took her in.

According to the video they made of the rescue, they arrived just one day before the owners took her in for the $50 deal. 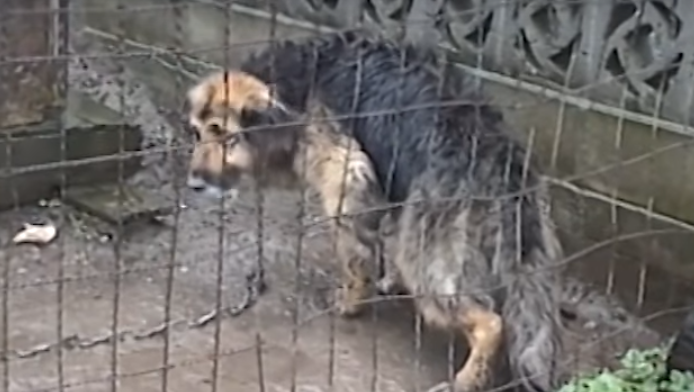 She was lying in frozen mud while rain and sleet pelted her.

Her hips were almost unusable from pain and she was starved and lonely. 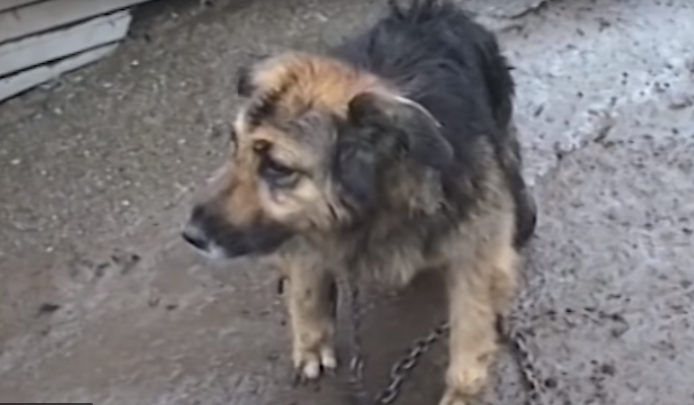 Animal Advocates brought Judith back to their shelter.

She had a long way to go before she would be adoption ready, but under all that pain was a sweet, loving dog. 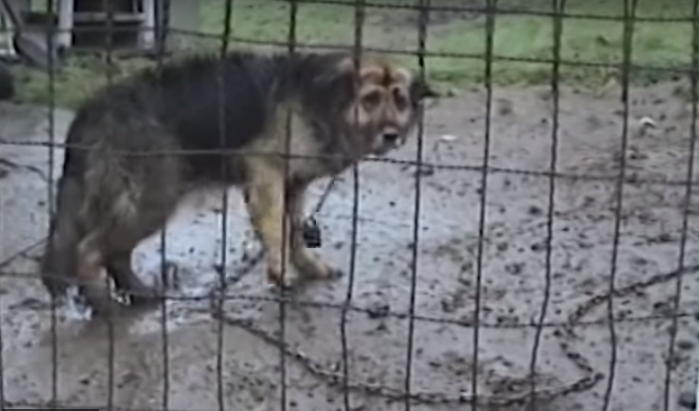 Judith’s matted fur was shaved off, revealing that she was extremely malnourished.

Her tail had been so caked in mud that it could hardly move, but once it was free the pup began wagging it wildly. She was so grateful to her heroes for rescuing her from those horrible conditions. 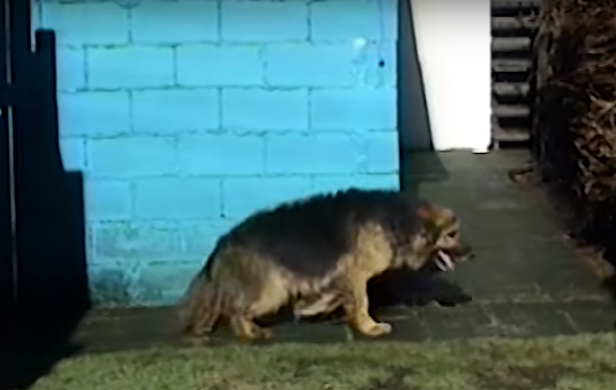