Harpy Eagles Are So Big They Look Like People In Costumes

Harpy eagles are found in tropical lowland forests' top canopy layer. Unfortunately, due to habitat damage, this magnificent animal is on the verge of extinction in Central America. There are just about 50,000 of them left in the world. In Brazil, the harpy eagle is also known as the royal hawk (which is possibly even cooler). 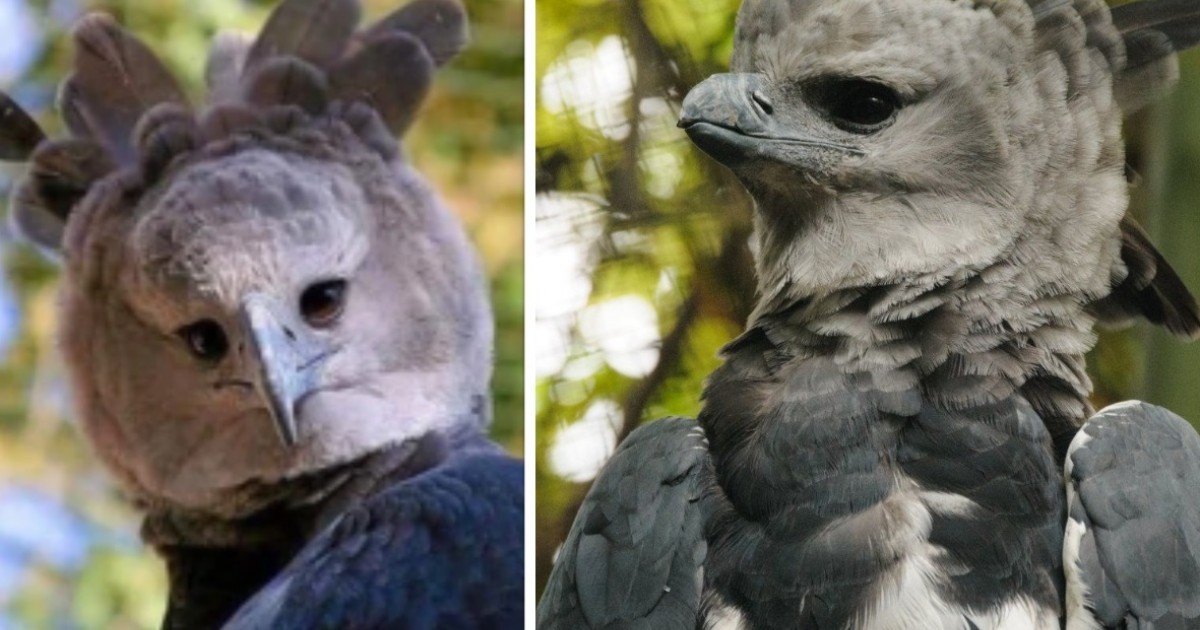 It's one thing to be aware of the size of some animals. It's another thing completely to grasp the enormity of some of them in comparison to our frail, fang- and talon-less selves. Isn't it amazing how it puts our place in nature into perspective?

The harpy eagle is the newest absolute unit of a creature that has people confused, and it's hard to blame them for their emotions. 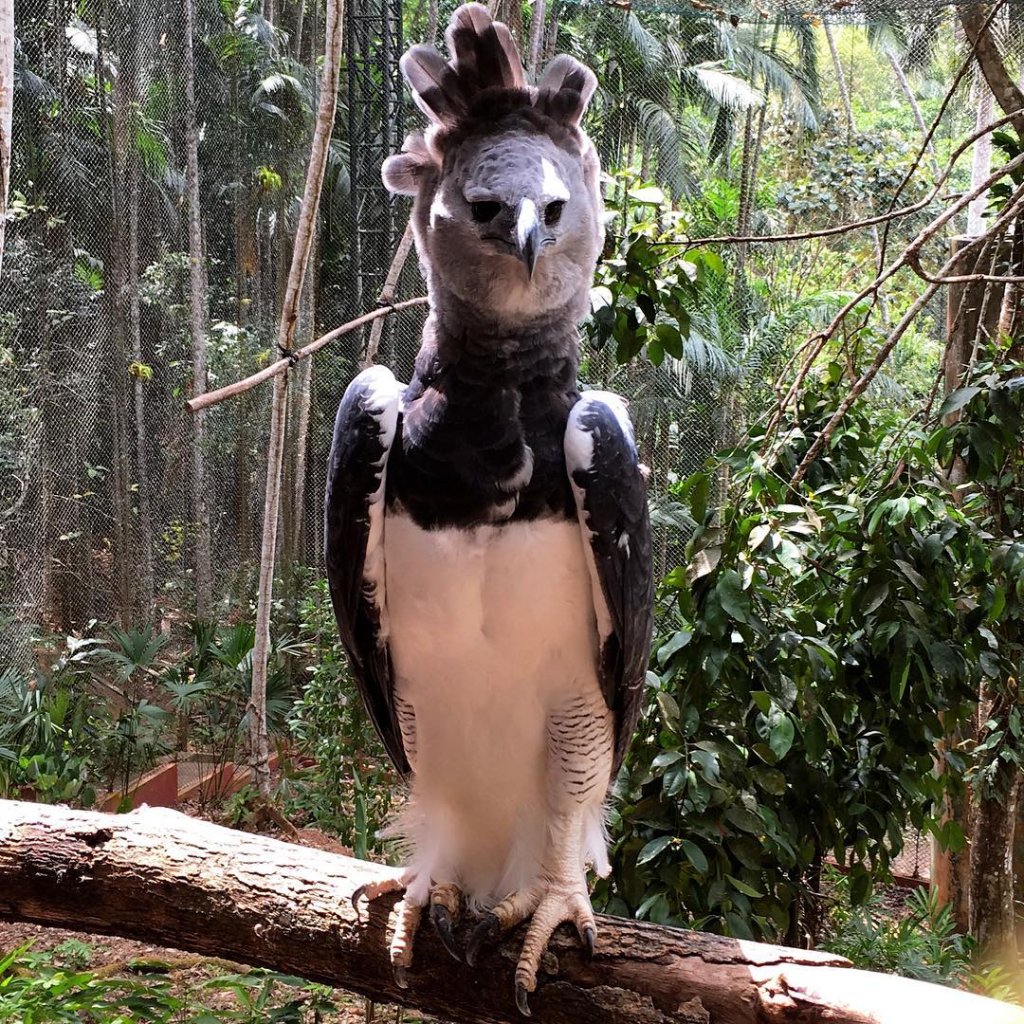 Harpy eagles, with a wingspan of up to 7-1/2 feet, live up to their fabled namesakes, the Greek monsters who dragged victims off to Hades, tormenting them along the way.

If harpy eagles resided anywhere near Greece, it would be easy to see how those fabled creatures were inspired by them. They don't have any. 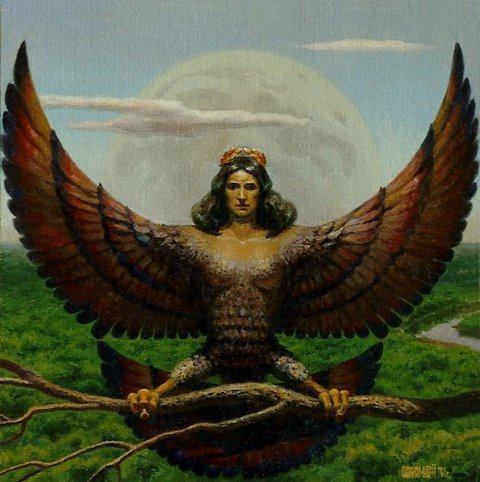 Early explorers traveling across South America gave the birds their names. They detected some resemblances between the birds and the legendary "frightful, flying creatures with hooked beak and claws." 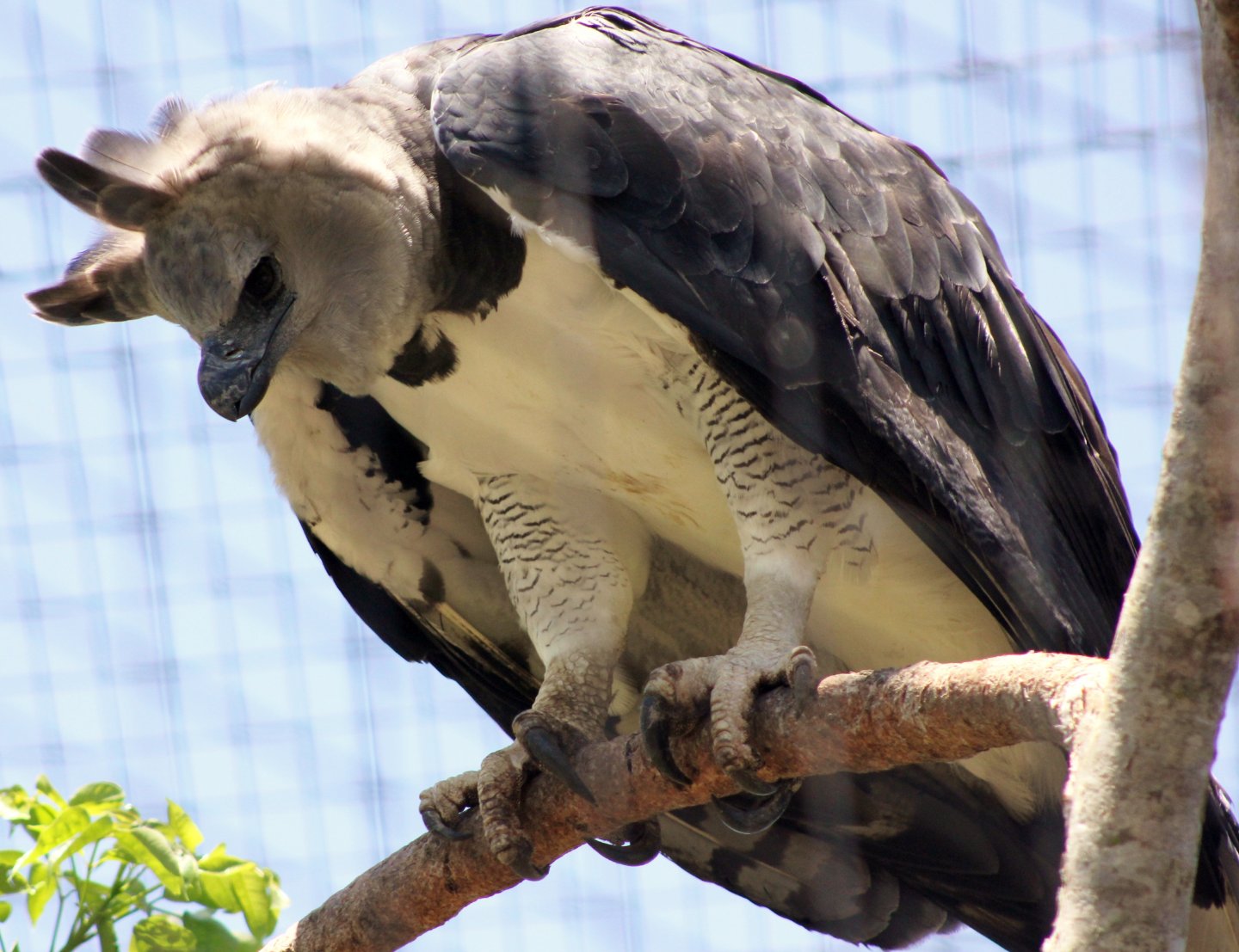 It undoubtedly doesn't hurt those females of the species who can grow to be twice as large as males.

But they wouldn't have gained that distinction if they were only cute and cuddly.

Harpy eagles aren't at the very bottom of the food chain. 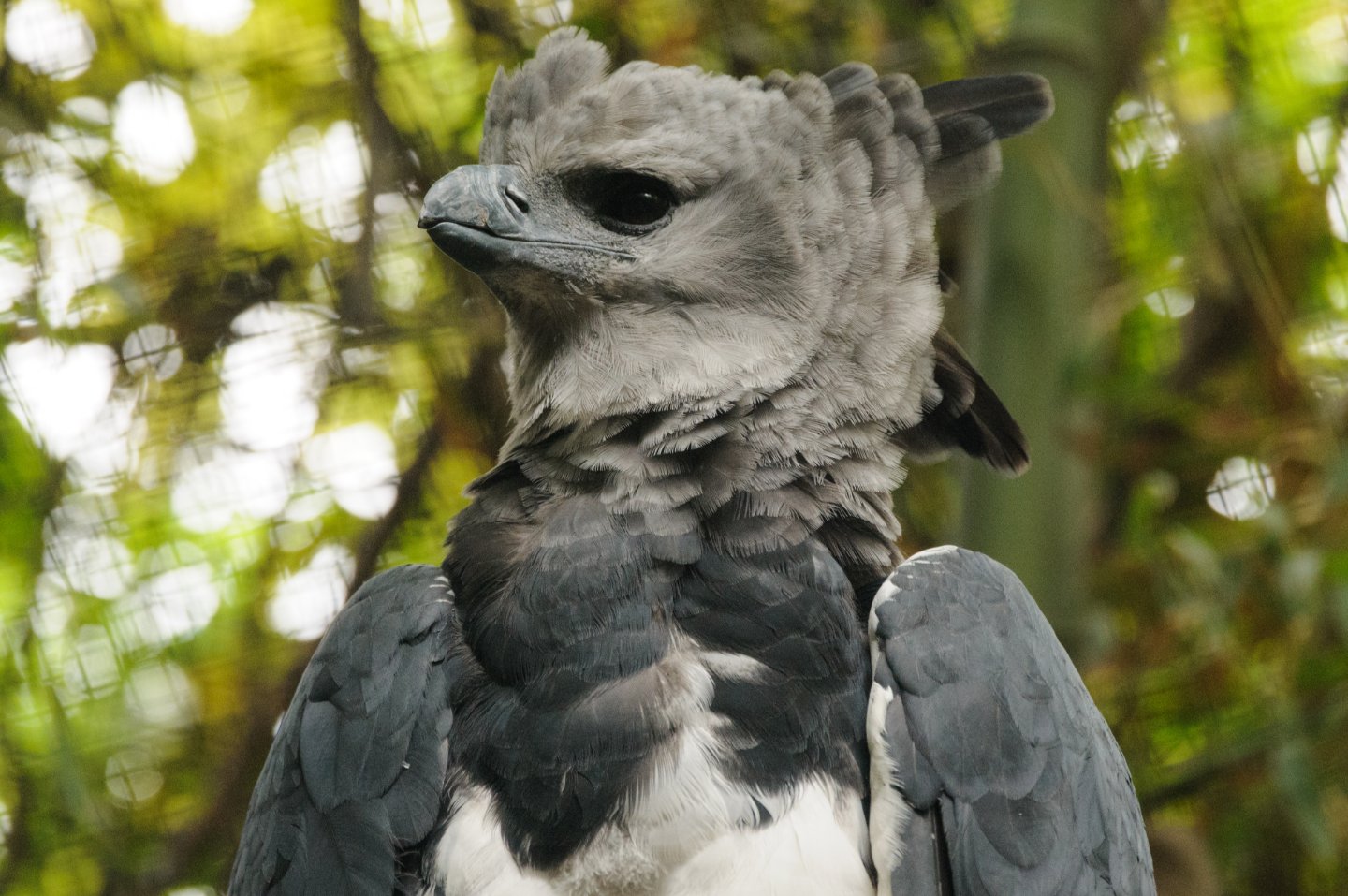 You certainly don't want to be staring down the beak of a harpy eagle!

Their talons may be designed for eating on sloths and monkeys in the jungles where they reside, but they don't appear to have any issue stealing a Volkswagen if they wanted to. 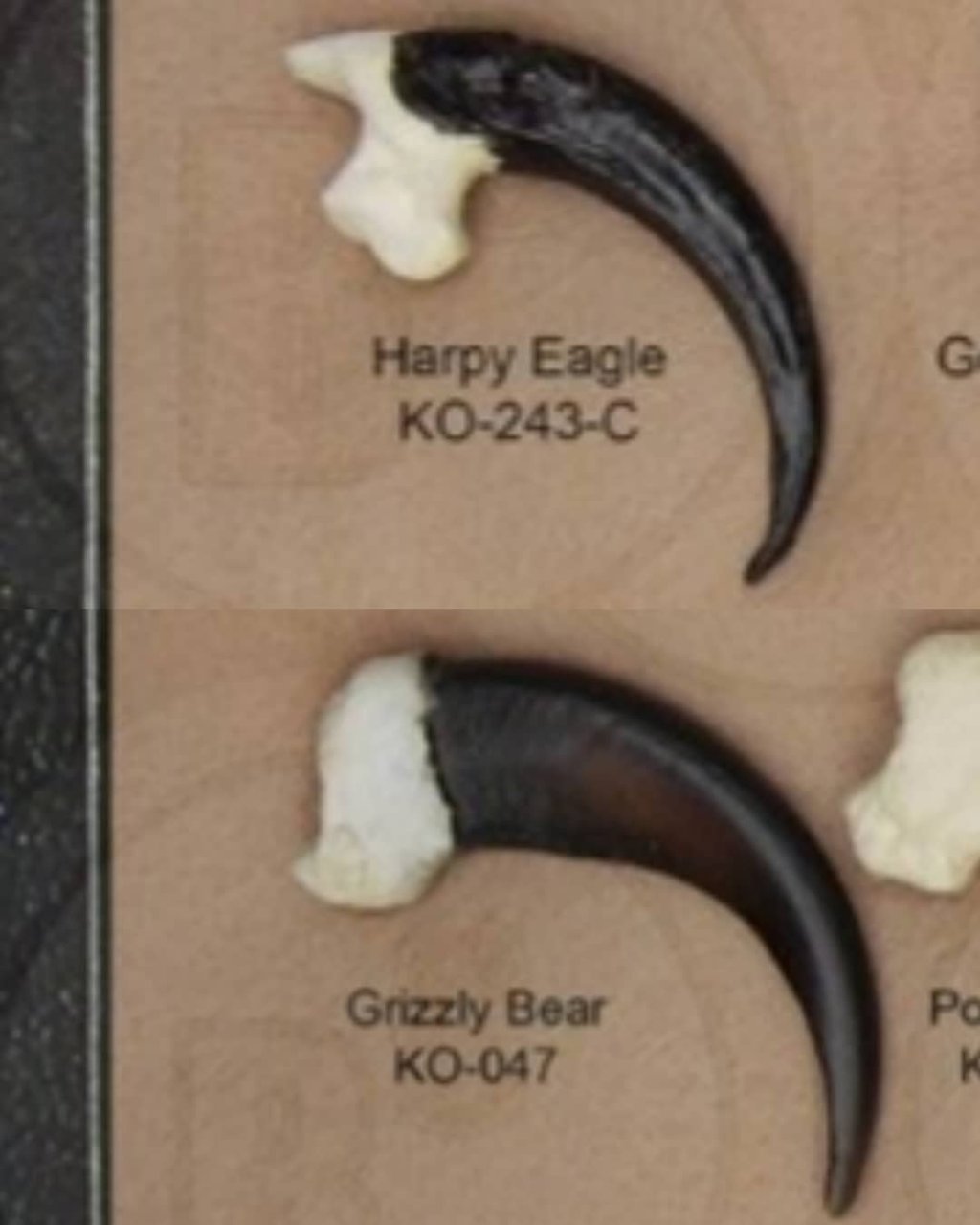 They appear to be both majestic and derpy as if they might give you sound life advice while also getting caught up in a multi-level marketing scheme.

Isn't it obvious that this thing is yearning to get rid of a garage full of LuLaRoe leggings? 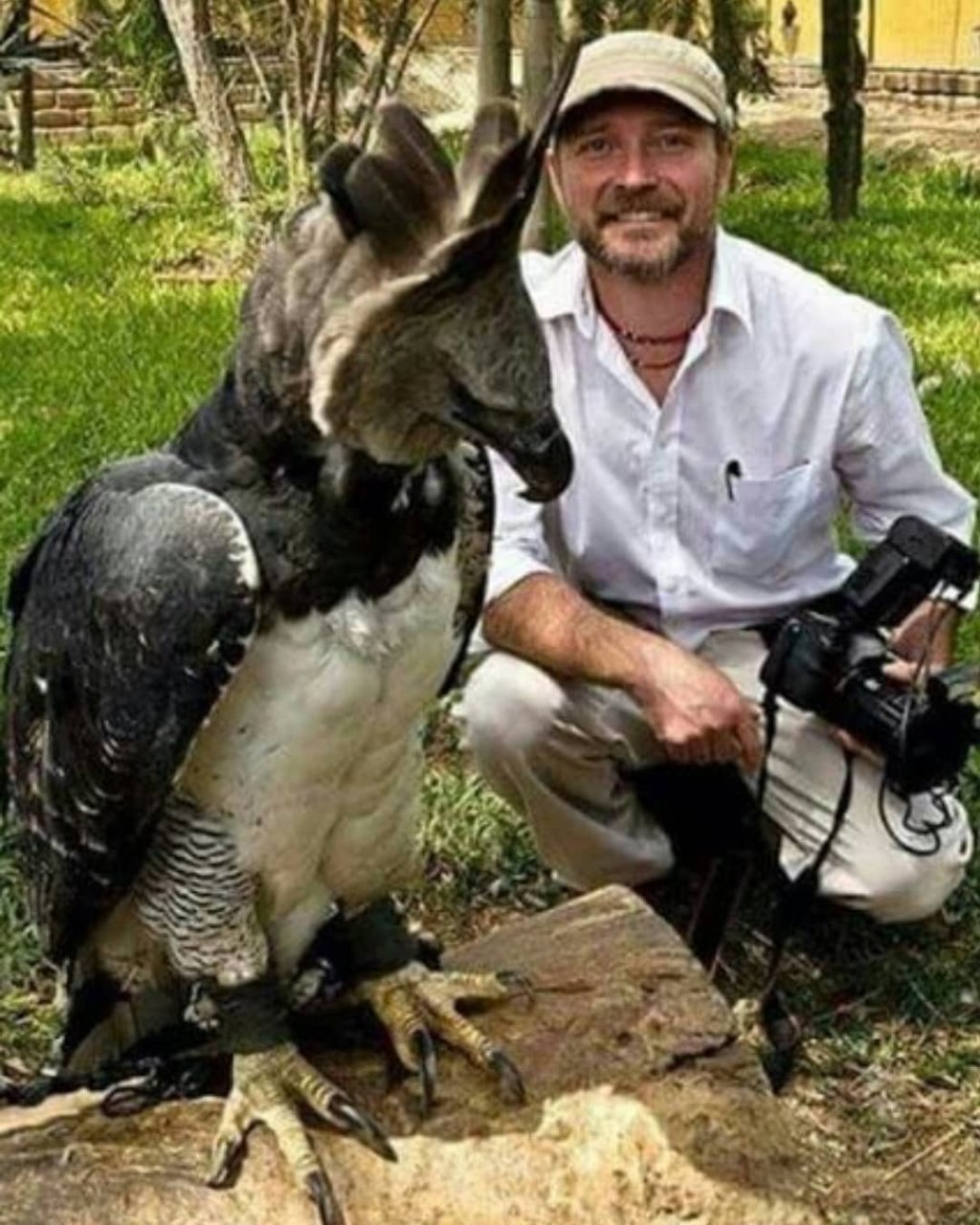 This bird, which would tower over toddlers, weighs in at around 22 pounds. Would you believe it if you saw it standing next to a fully grown man? 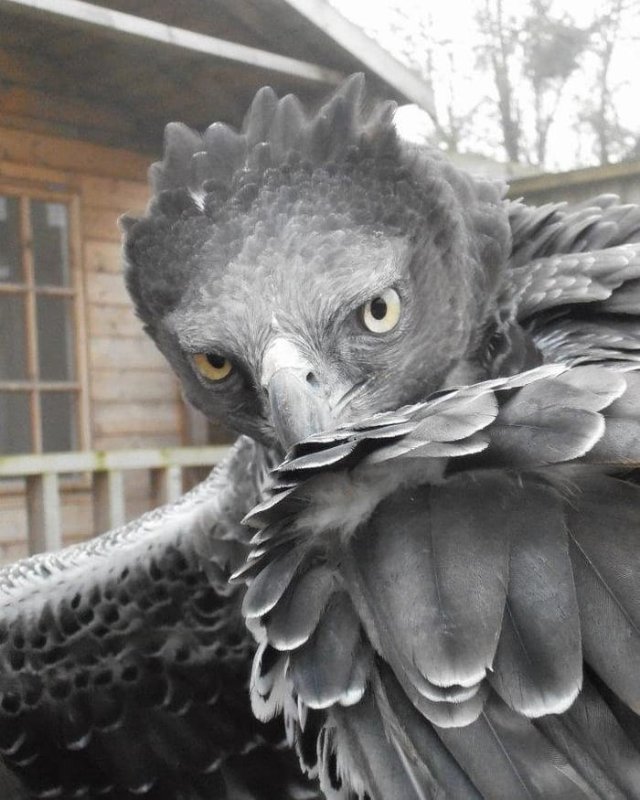 That expressive face, along with its enormous size, results in a sort of human/bird hybrid.

They're at least as big as R2D2, and Kenny Baker wore that suit in at least a half-dozen films. So, what's stopping you? 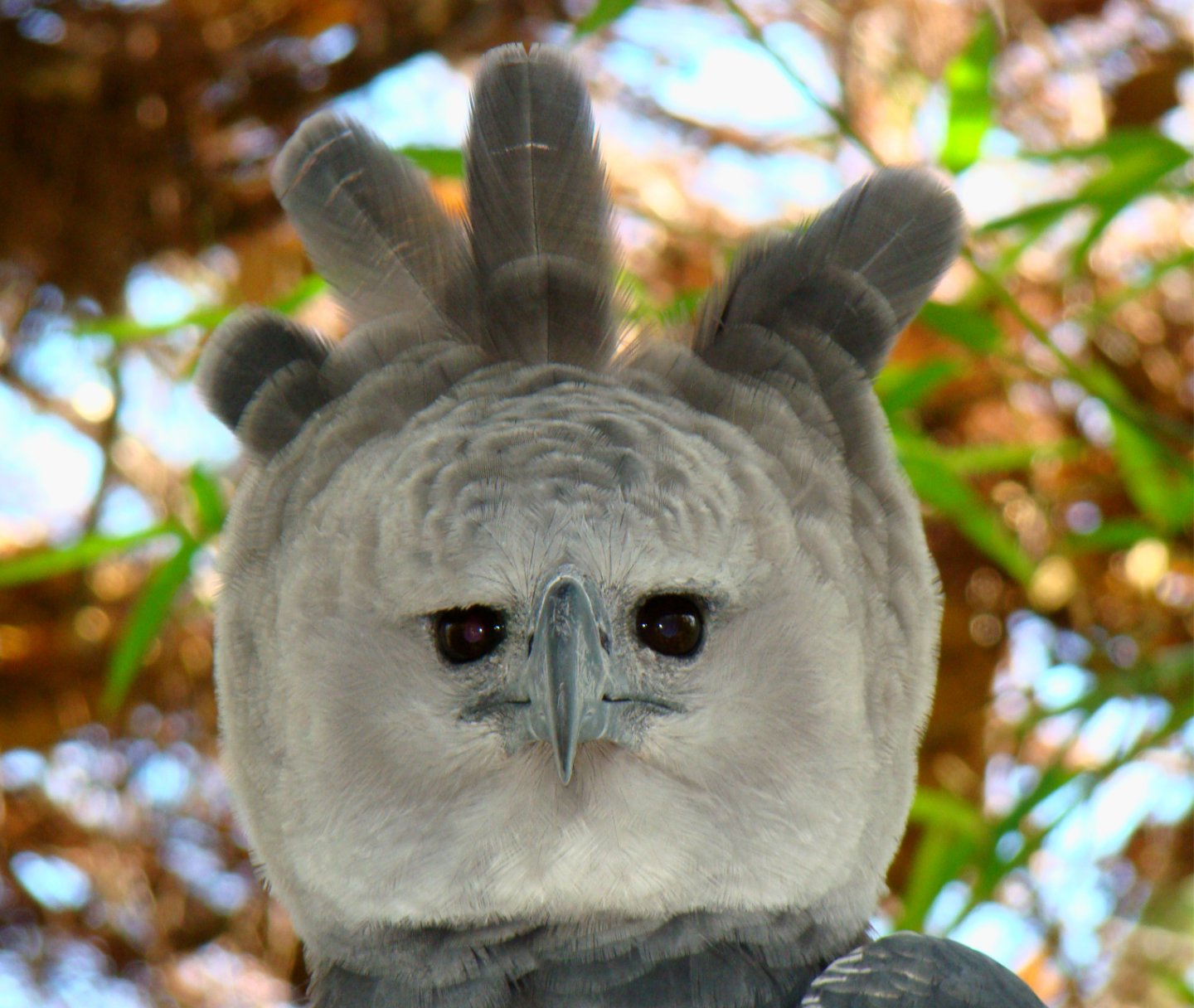 They also don't reproduce in large numbers; each pair only has one eaglet every two years at most, so their numbers don't recover quickly.

It's...not a great scenario, so let's all admire these magnificent creatures for what they are: gorgeous, mighty creatures doing their best in a world that's stacked against them. 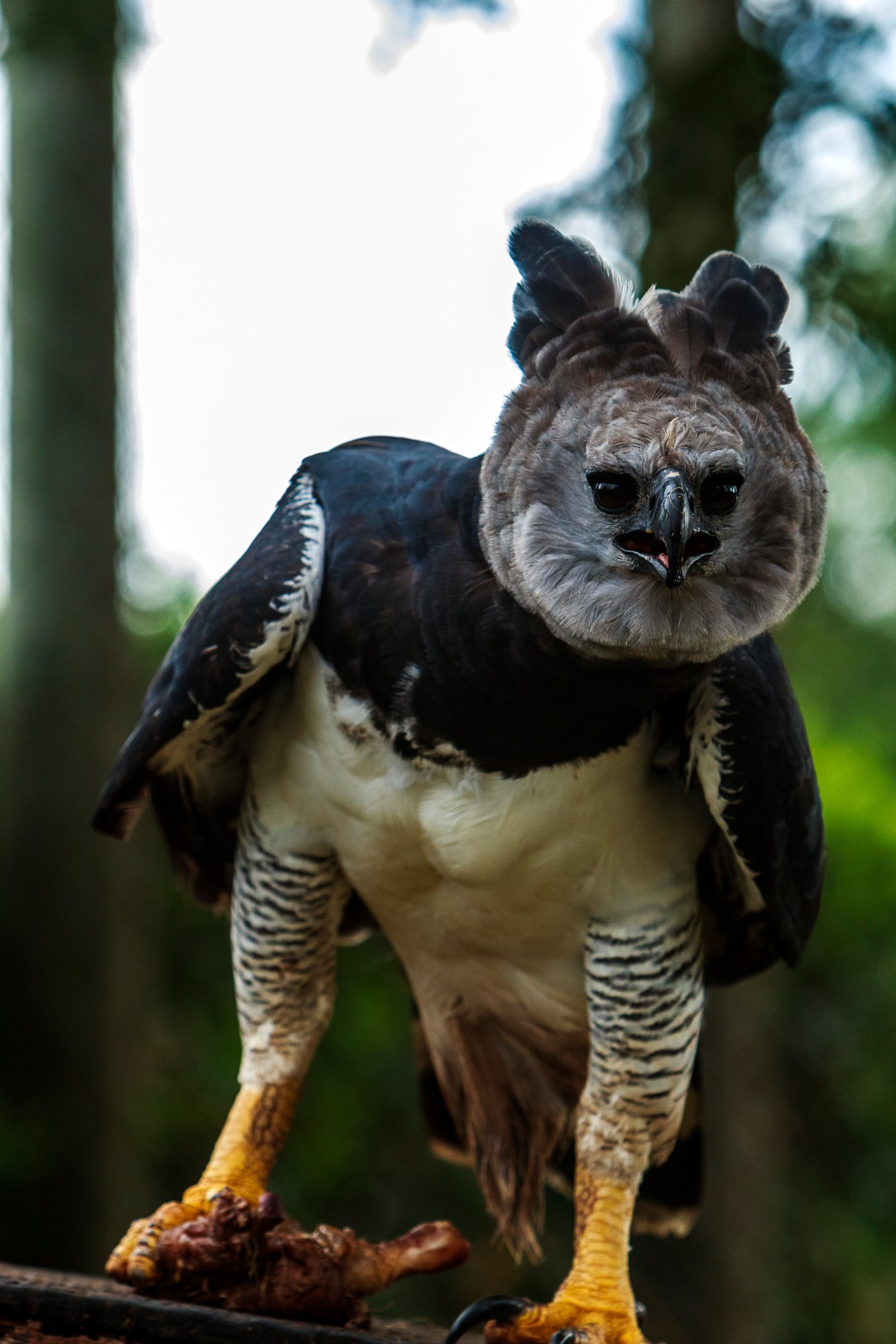 On the internet, these adorable birds are very popular. On Reddit, for example, a harpy eagle compilation photo received over 91,600 upvotes in less than 20 hours. In the same period, the same image on Imgur received over 120,000 views. 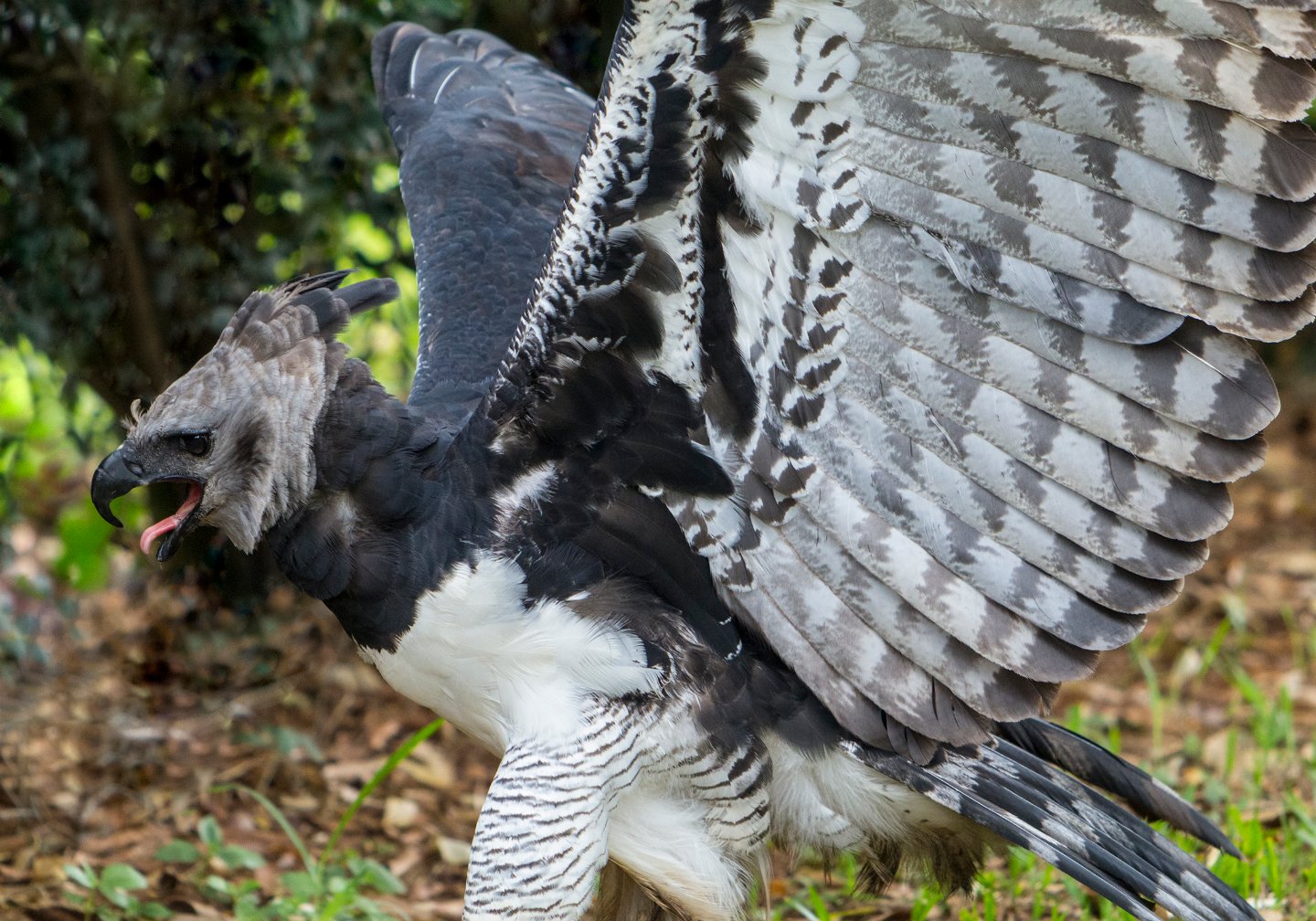 “I’m amazed by the harpy eagle. These are incredibly intelligent creatures,” told an eagle expert Fergus Beeley on a BBC documentary about Harpy Eagles, cited The Guardian. “And it’s indisputably the world’s most powerful eagle,” he added. 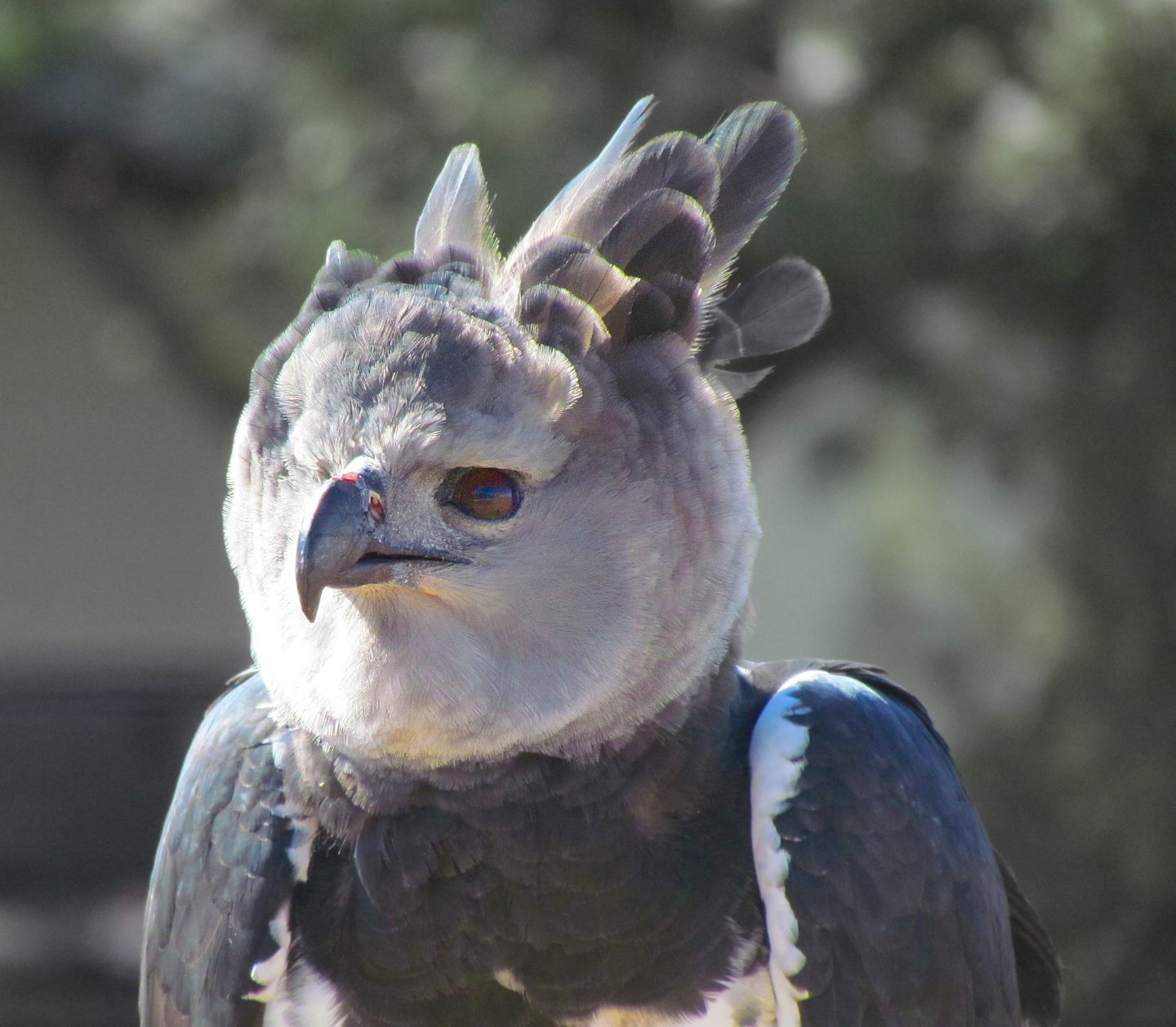 A post on harpy eagles went viral on Reddit, and more than one individual suspected that these birds were more than meets the eye.

"I first thought it was a person in a costume," wrote one.

"It looks like a person wearing a costume," commented another. 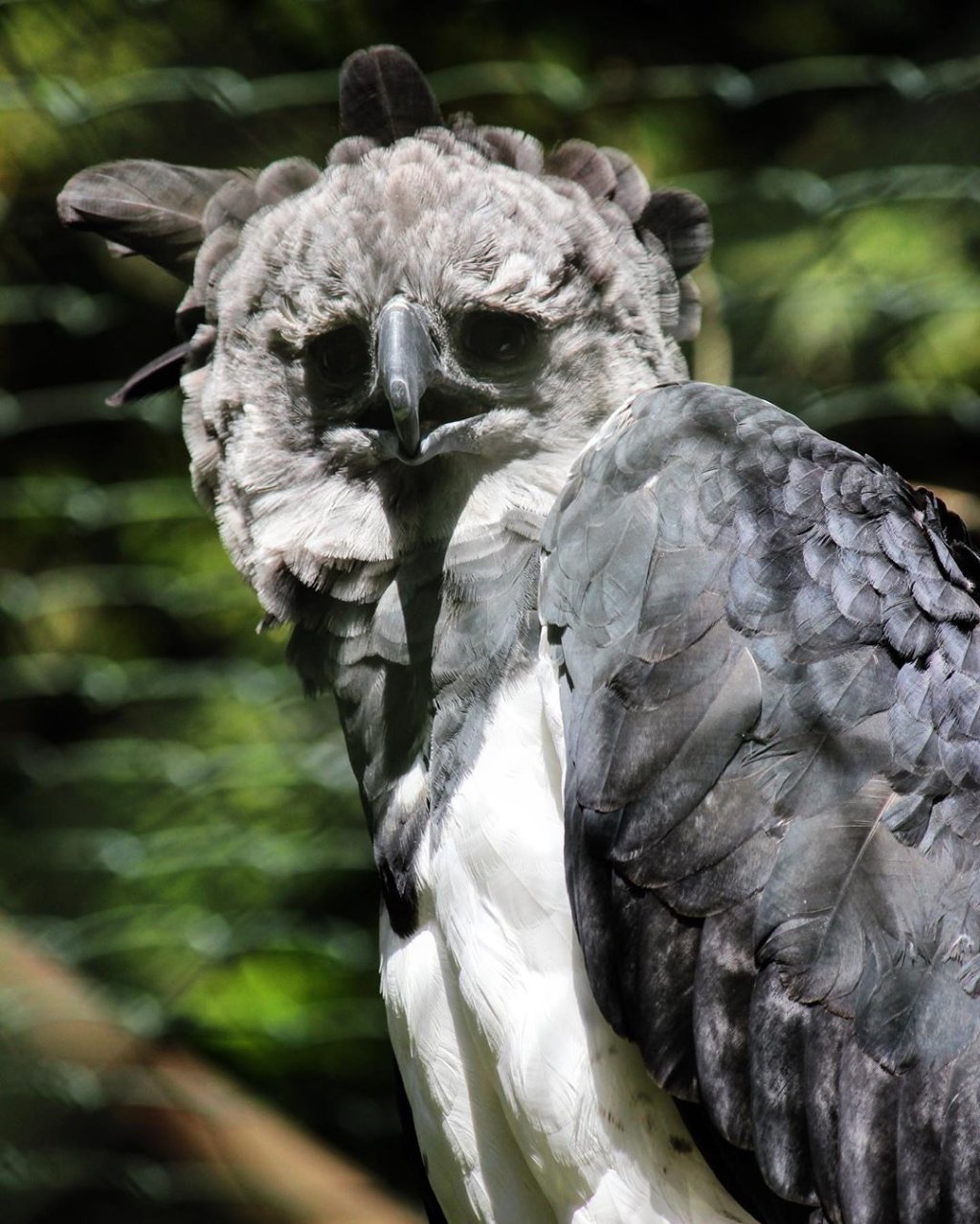