Posted by Sama in News On 28th May 2018
ADVERTISEMENT

Harvey Weinstein who for years has reigned as a successful Hollywood producer and was once considered a symbol of power in the Hollywood. But who knew that behind his mask of wealth, power and money was hiding a predator who would hunt on young women, forcing them into situations where he could easily take advantage of them and abuse them sexually. Weinstein easily coerced his victims into silence, keeping their mouths shut with his power and money. But for how long was he able to do so? Finally, after 3 decades of power abuse and sexually harassing countless women, the Pandora box opened up and not one not two but countless women, some of them famed actresses while other not from the industry came forward with claims against the disgraced movie producer forcing the sexual predator to turn himself to the law. 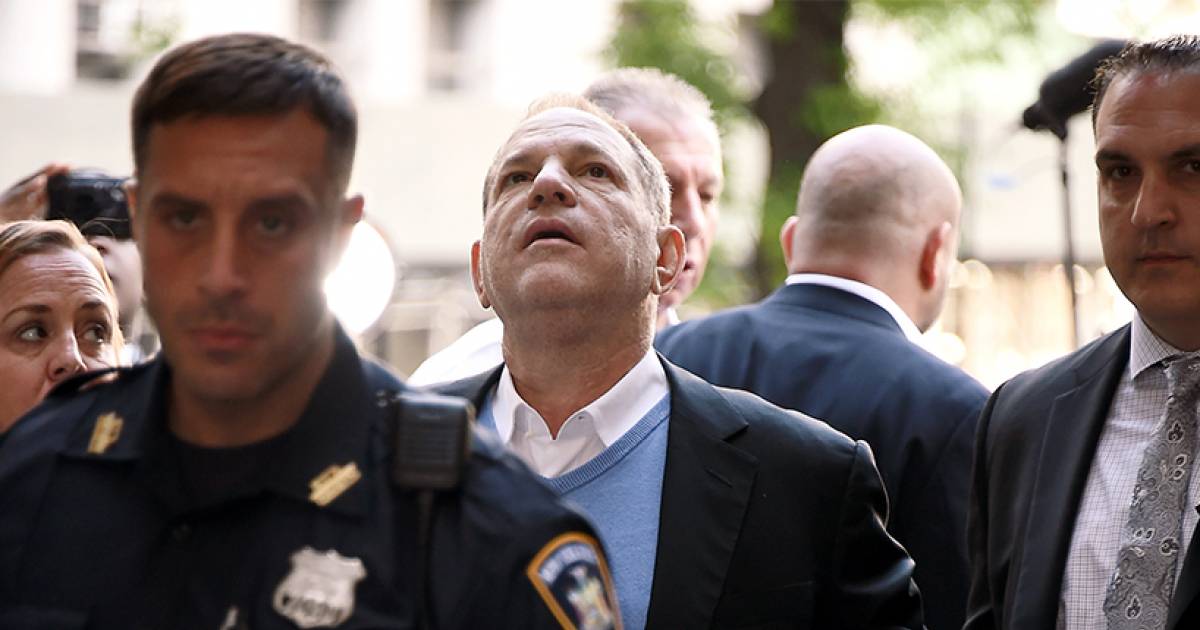 #1 Weinstein Finally Turned Himself In To The Law

The disgraced movie mogul, Harvey Weinstein whose disgraced actions unveiled the dark side of Hollywood has finally surrendered himself to the law. Weinstein was led in handcuffs past photographers on Friday as he appeared in court to face charges that he had raped one woman and forced another to perform oral sex. 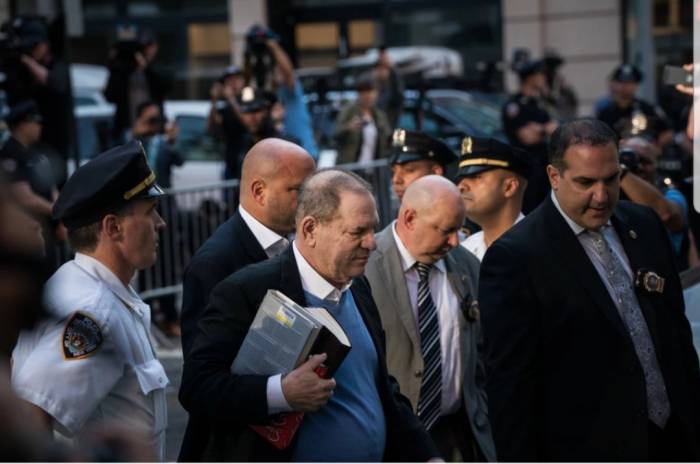 #2 Beginning Of #Metoo And #Timesup Movement

Weinstein's name came in media when journalists Jodi Kantor and Megan Twohey on October 5, 2017, accused the movie mogul of abusing his power and sexually abusing a number of women of the industry and forcing them to keep their mouths shut. After this, a number of women including famed actresses came out to accuse Weinstein of sexual misconduct. This marked the beginning of #Metoo and #Timesup movement under which the powerful business and Entertainment industry moguls and famed actors of Hollywood were called out publicly by the women who for years have been very conveniently taking advantage of women. 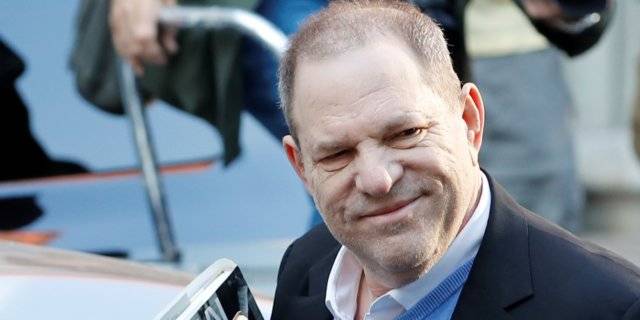 #3 Weinstein Has Been Charged With Crimes After 'Months Of Investigation'

Weinstein turned himself in the precinct of Manhattan and is now charged with rape, a criminal sex act, sex abuse, and sexual misconduct stemming from encounters with two separate women. Weinstein in handcuffs was led by his lawyer Benjamin Brafman, into the well of the court where he stood in front of Judge Kevin McGrath. Reportedly Weinstein has been charged with crimes that had been proved after 'months of investigation.' 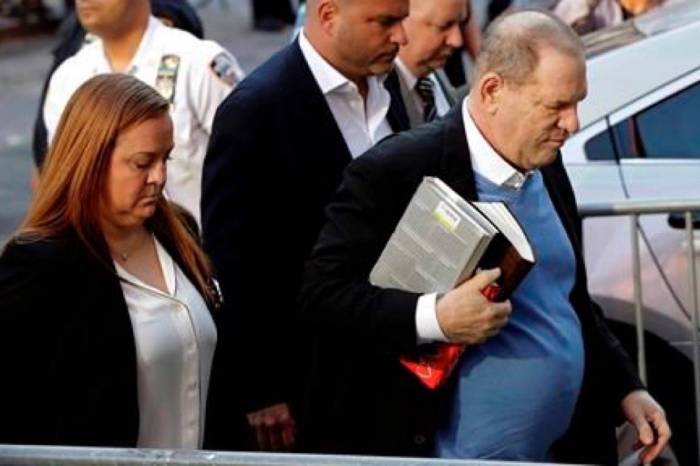 The lead prosecutor in the case, Joan Illuzzi, announced the charges against him. According to Ms Illuzzi Weinstein abused his money and power by alluring young women into situations where he was able to take advantage of them sexually. Using his dirty money in return to keep their mouths shut. Ms Illuzzi also said that the investigation would continue and she asked Judge McGrath to issue an order of protection against Mr Weinstein on behalf of one of the women, who was not identified. 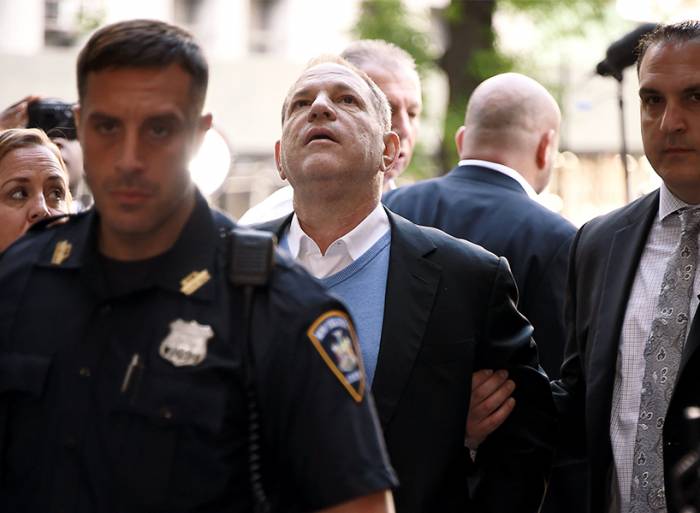 During the hearing, Weinstein chose to stay quiet and was also not allowed to enter a plea because he was arrested on a criminal complaint, rather than an indictment. Reportedly by Wednesday Weinstein would have to decide whether he plans to testify in front of the grand jury or not. By the end of the hearing, Weinstein's lawyer handed his passport to Ms Illuzzi and paid his bail with a $1 million cashier’s check. Weinstein was allowed to slip out of an employee door at the back of the courthouse, where he climbed into a waiting Toyota. 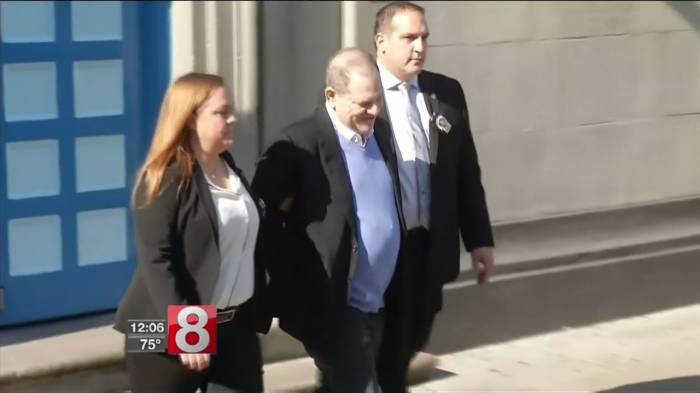