Haunted Hotels That You Might Not Get To Visit Twice

Some of these places are linked to some horrifying stories, while others have gained their reputation from a handful of uneventful ghost sightings. In most cases, their reputation greatly exceeds what they have to offer to any amateur “ghostbuster,” but there are some places on this list that have consistently been described by visitors as being “definitely haunted.” Some of the ghosts that supposedly roam through the hallways of these hotels link to real people that have died in those places, and some were even well-known celebrities in their times. Most of you might read this only to know which places to avoid, but I bet at least a few will take up the challenge and pay a visit to one of these haunted hotels. 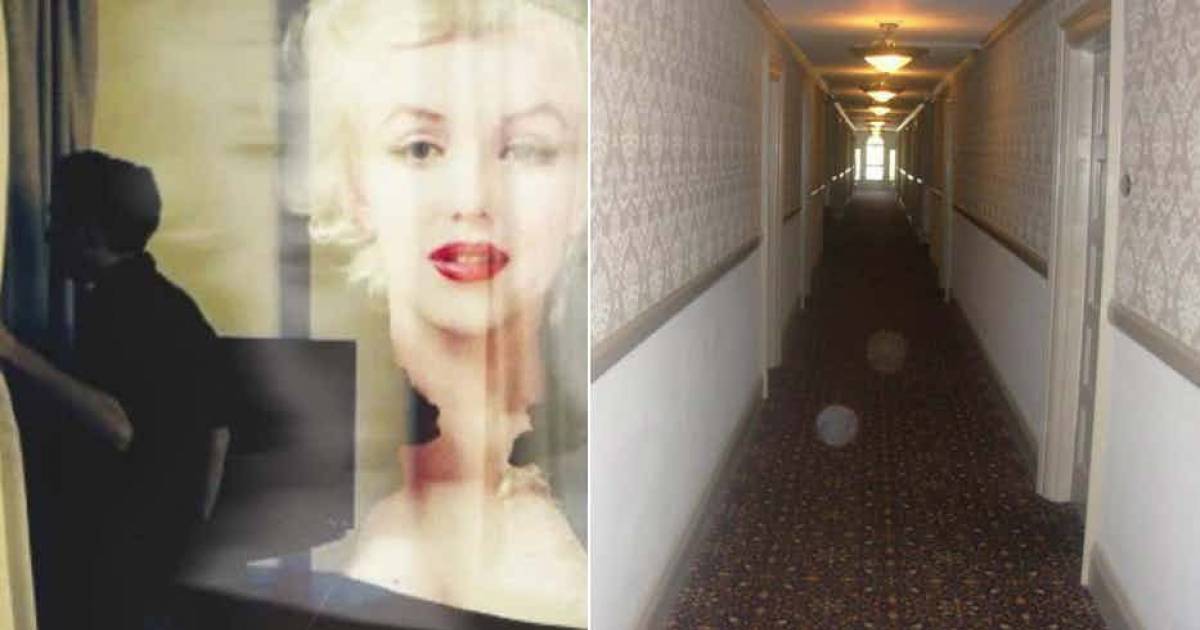 You might know this one by its fictional name—the infamous Overlook Hotel from Stephen King‘s The Shining and Kubrick‘s movie adaptation of the novel. Yes, that’s right. King’s stay at this hotel inspired him to write what many consider to be one of the best horror novels of the century, that in turn led to Stanley Kubrick making what I personally consider to be one of the greatest movies ever made. When King and his wife visited the Stanley Hotel, they were the only guests in the entire 420-room hotel, as it was just about to close for the season. If you’re familiar with The Shining, all I have to tell you is that King stayed in room 217, and you’ll probably understand why that is relevant. In the novel, room 217 is at the center of all the weird things that happen to the Torrance family while spending the winter at The Overlook Hotel.

Completed in 1902, the Copper Queen is Arizona’s longest operating hotel—and, according to hotel visitors and employees, it’s haunted by more than 16 entities. Perhaps the most famous of these is Julia Lowell, a prostitute who worked on the hotel’s third floor in the 1920s and ‘30s. Legend has it that Lowell fell in love with one of her clients but was rejected—and now she haunts room 315, appearing to guests as a cloud of white smoke, or sneaking up behind them and whispering in their ears. 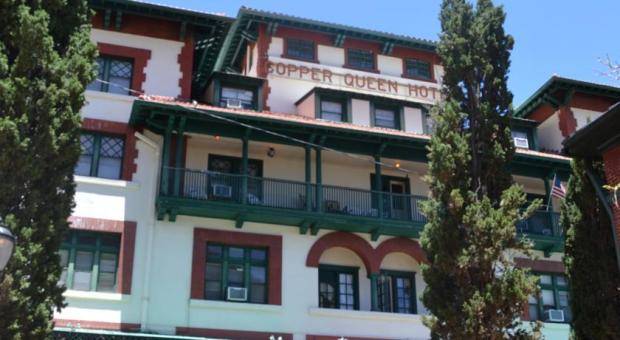 The city of Salem is mostly known for the infamous witch trials that took place in the year 1692 and have shaped the city’s history as far as it being regarded as “witch city.” Countless stories, books, and movies were produced from the legend of the witch trials, and there are many places in the city that are receiving frequent reports of ghost sightings and other unexplainable events. The hotel was named after Salem’s famous author, Nathaniel Hawthorne, who wrote “The Scarlett Letter.” Coincidentally (or not), Nathaniel is also a very distant relative of John Hawthorne, who was none other than the leading judge in the Salem witch trials and sentenced twenty people to be executed, on accusations of witchcraft. Because of the many reports of ghost sightings from hotel guests, the Hawthorne was featured on the popular television show Bewitched and later on, the Ghost Hunters TV show. No evidence of paranormal activities were unveiled in any of those shows, but some visitors still claim that they’ll never come back there after what they witnessed. 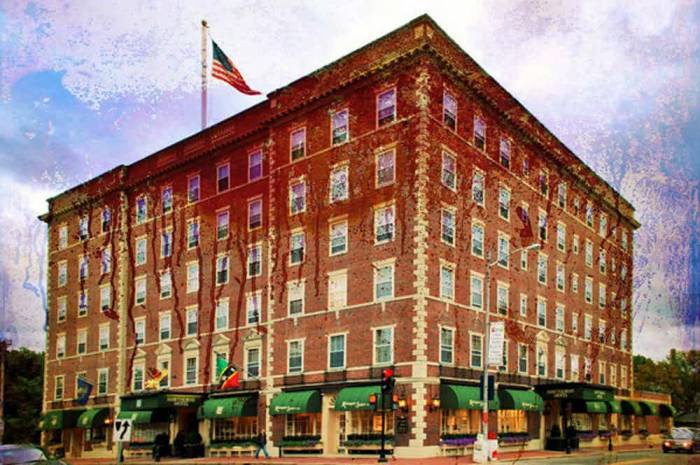 The Biltmore has a lengthy, troubled past. During the roaring ‘20s, the hotel was the place to see and be seen—host to wealthy socialites, celebrities, and some pretty notorious gangsters. But in the ‘40s, the United States War Department shut down the hotel, converting it into a hospital to treat wounded soldiers. By the ’70s, the building was completely abandoned, left crumbling and in disrepair (check out the 1977 B-horror film Shock Waves to see it and its counterpart in Palm Beach in their abandoned states). Nowadays, it’s once again a luxurious hotel—but it hasn’t left its past behind: guests report sightings of past residents, most famously Thomas “Fatty” Walsh, a mobster who was killed over a gambling debt in the hotel in 1929. 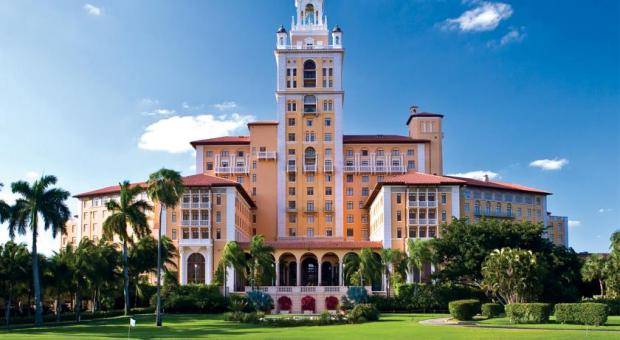 The historic resort of Grove Park Inn is located in Asheville, North Carolina, and it is, without a doubt, a spectacular place. And if you think that a paranormal presence would spoil all the beauty of this incredible resort, you’re dead wrong. The Grove Inn is in fact believed to be haunted, but the spirit in question, known as the Pink Lady, is far from the spooky image we have of ghosts. This is, if we believe the reports of hotel guests, a friendly spirit that sometimes appears in the form of a pink mist and spends most of the time pranking visitors, tickling their feet, and even holding their hands. Why can’t all ghosts be like this? 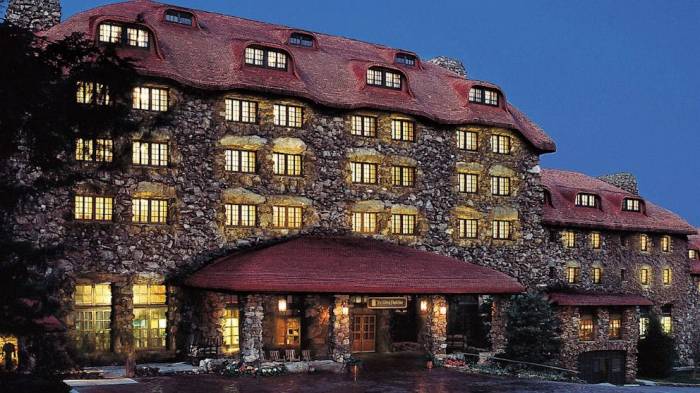 With a history dating back to 1716, the Colonial is said to be haunted by none other than Ralph Waldo Emerson. Other guests report experiencing “phantom presences” in Room 24, once the operating room of Dr. James Minot. 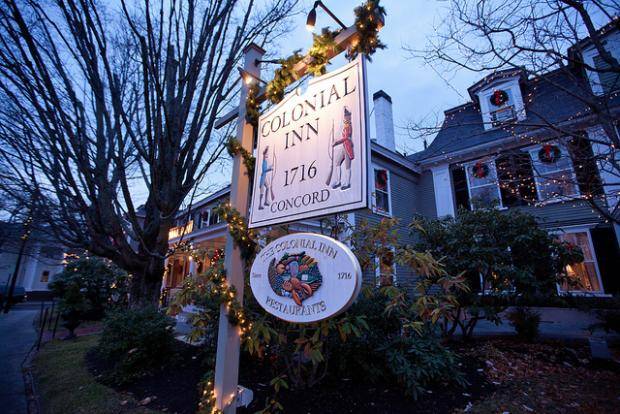 Few hotels have garnered a reputation as bad as LA’s Cecil Hotel, located in the area known by locals as Skid Row, one of the worst famed neighborhoods in the whole city, home to thousands of homeless people. It was the reported residence of two of LA’s most notorious serial killers, Richard Ramirez and Jack Unterweger, and some even speculate that this is where Elizabeth Short, victim of the Black Dahlia murder, was last seen before her corpse was found mutilated and cut in half. And if that wasn’t enough, the Cecil has been branded as a “suicide hotspot,” as there have been an unusually large number of people that took their own lives while staying at the Cecil, some of them in very bizarre circumstances. All of these tragedies led some people to argue that there might be some supernatural evil inside the place, and the Cecil even inspired the events of the fifth season of the popular TV series, American Horror Story. Now, the hotel has been re-branded as “Stay on Main,” although it’s hard to think that a name change would just erase all of the dark history that surrounds the place. 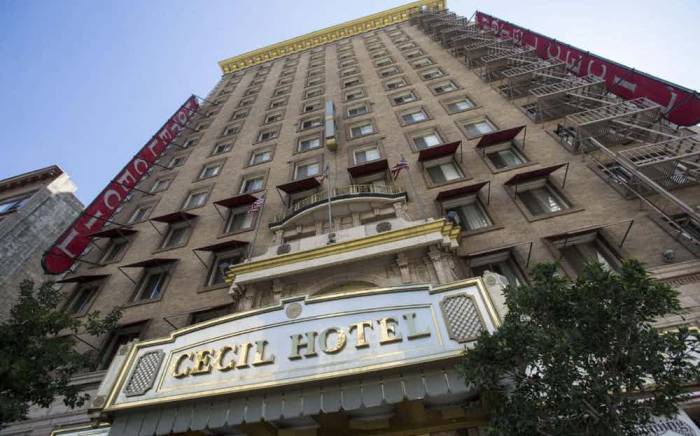 Over its almost 200-year history, the building that is known today as the Bourbon Orleans Hotel has been used first as a ballroom, then as a theatre, and even as an orphanage and a convent. So, as you can imagine, there are countless legends of paranormal entities roaming the hallways of this historic building. There is the story of the Confederate soldier that haunts the third and sixth floors and the children and nuns that remained there from the era of the Sisters of the Holy Family’s convent and orphanage. The most heard story is that of the little girl that is rolling her ball and chasing it down the sixth floor corridors. The oldest part of the building, the Ballroom, also has its own supernatural inhabitant, the lone dancer that can sometimes be seen dancing underneath the crystal chandelier. 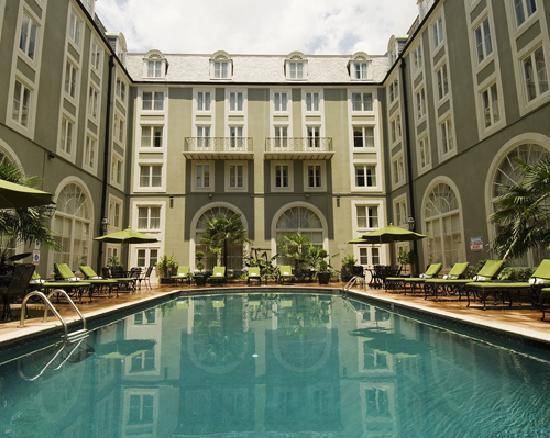 With a name like Deadwood, there's bound to be a few ghosts floating around town. The most famous in the area is that of Seth Bullock, who moved to the area to open a hardware store and never left. Building on his successful business, the entrepreneur later opened an extravagant hotel above his store and became sheriff of the town. The hard working gentleman died in 1919, but he wasn't ready to give up his passion. Today, guests and workers at the hotel reported seeing Bullock in the hallways of the second and third floors, the restaurant and Seth’s cellar. Some have even heard voices, felt shoulder tapping, and seen flying objects and electrical appliances functioning – even when they’re unplugged! 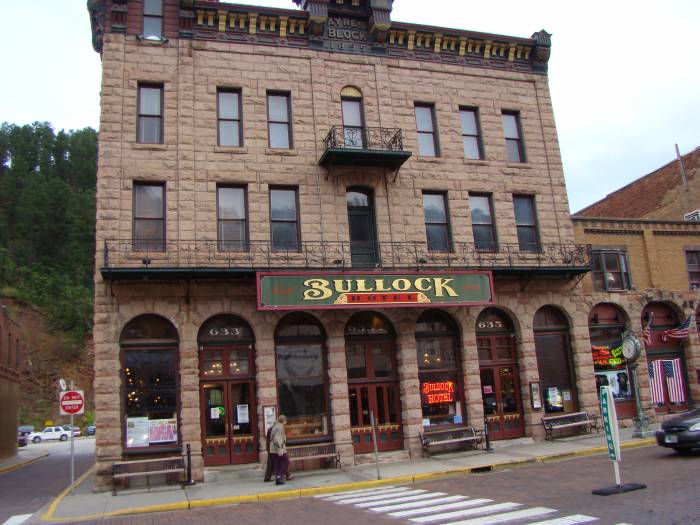 While people flock to this luxury hotel for its stunning views and elegant accommodations, some come for the chance to spot the ghost of Kate Morgan. The 24-year-old checked into the property on Thanksgiving Day in 1892 and never checked out. After waiting five days for her lover to meet her, the heartbroken young woman took her own life with a handgun. Though her story is tragic, many report that she is a friendly ghost. You can stay in the original third-floor guestroom where there have been reports of lights flickering, self-working TVs, breezes, mystery odors and sounds, objects moving by themselves, footsteps, voices and sudden changes in room temperature. 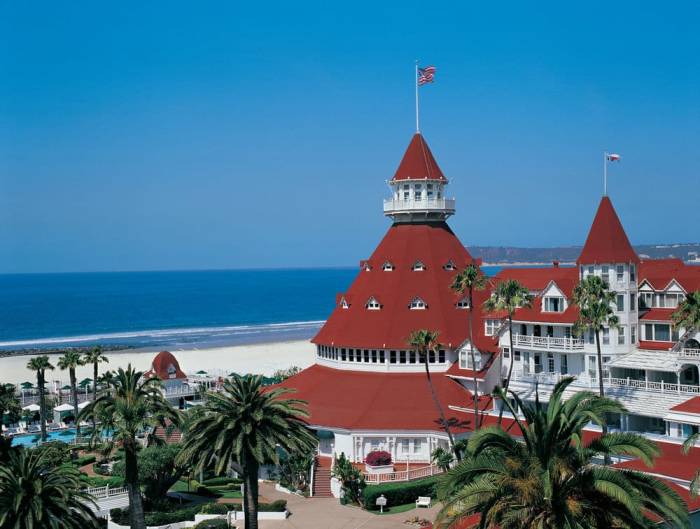 This historic hotel may tout itself as pet friendly, but it’s apparently ghost friendly as well. Dating back to the 1700s, the site has sparked numerous tales of apparitions appearing to guests and staff in all seven buildings that make up the property. While no people in particular have been pinpointed as specific spirits, everyone agrees they're friendly and looking for a good time. Sounds of a party were even reported during Hurricane Isabel in 2003, though the hotel was closed at the time. Embracing their ghoulish guests, the hotel hosts several ghost tours a week. 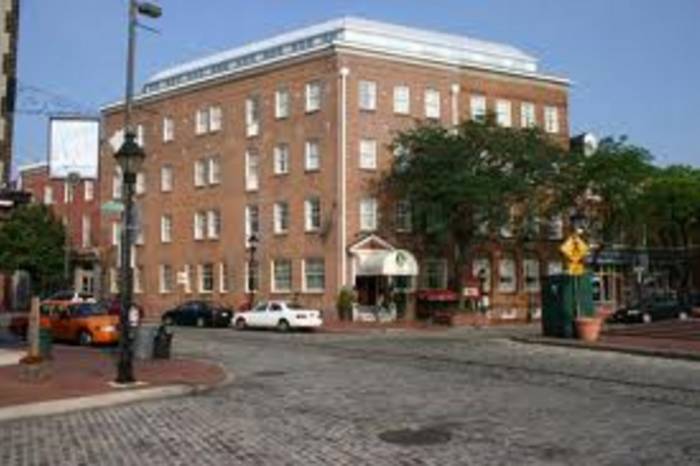 It's hard to narrow down a single hotel in one of America's most haunted cities, but the bustling activity of this property makes it a top contender. It was used as a hospital for the Union Army during the Civil War and twice during yellow fever epidemics -- making for a lot ghostly potential. People have seen spirits walking around, heard children's voices at night and seen faucets turn on by themselves. Many local tours include this spooky spot on their routes, or you can dare to spend the night yourself. 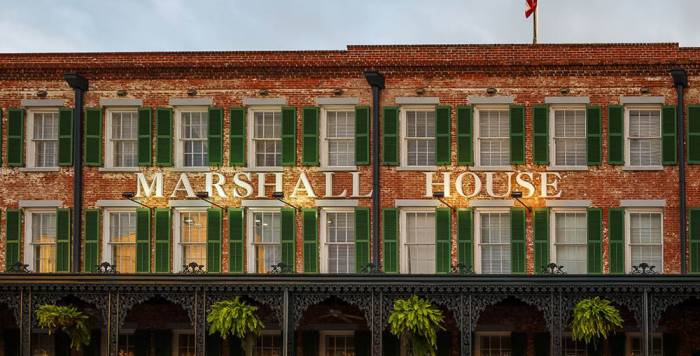