He Thought He Adopted Kittens, But When They Grew Up He Realized The Truth.

Cats are known for producing many litters in the shortest time period. But that does not mean that the mother cat finds a safe place to birth her kittens. This is what leads to people discovering kittens under stairwells, barns, boxes and in other warm, cozy places where they will be safe from intrusions and onslaughts of harsh weather. This is exactly what one Russian farmer thought he found when he was making his daily rounds on his farm. 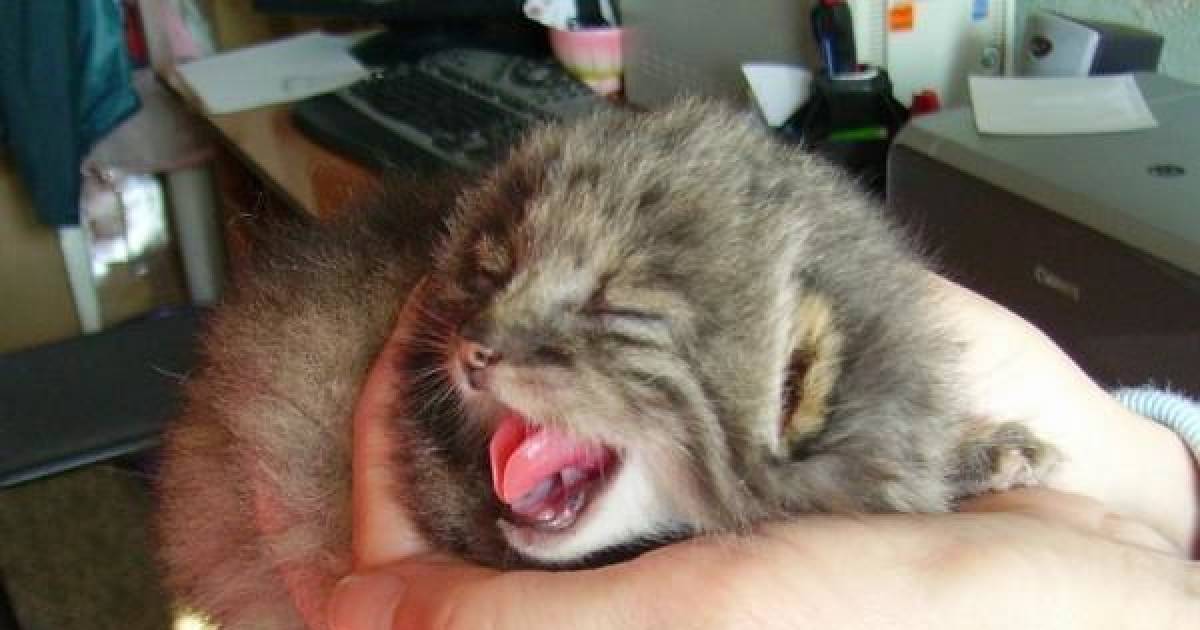 #1 The farmer found four small kittens in his barn.

While taking a walk around his property, a farmer from Russia found four tiny helpless kittens in his barn. At first, he assumed that they were ordinary house cats, however, on taking a closer look, he noticed that they looked a little different, and that they had an unusual pattern of speckles on them. The kittens were so young that they were unable to open their eyes, but even in that stage they did not really resemble domestic kittens. Their rescuer knew that they would require a lot of care and help to grow strong and healthy. 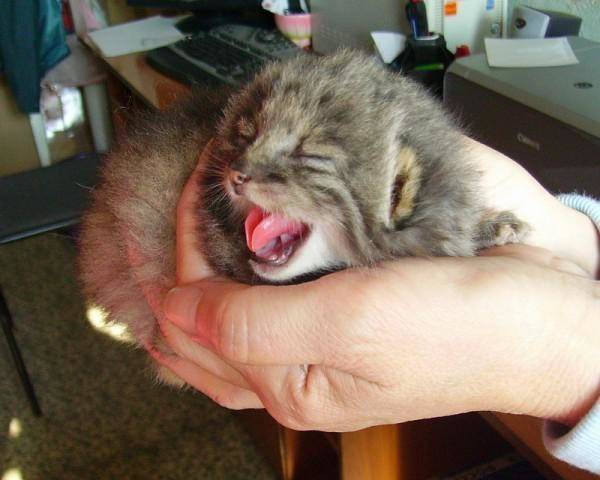 #2 Not sure how to handle them, he decided to get professional help.

He contacted the Daursky Nature Reserve, which was close to his farm, and they identified these cats as Pallas' cats or Manuls, which are wild cats native to Central Asia. Although not much larger than a domestic cat, they are stockier and have flatter faces and ears with distinct markings. They are thought to be the earliest ancestors of modern cats and have not changed much for over 12 million years. It was assumed that the mother must have given birth in the barn, which was near a parking lot. But once the cars pulled out of the parking lot, the mother must have been frightened by the noise and abandoned the kittens in order to get to safety. The reserve officials decided to take the kittens back to their headquarters.

#3 The kittens needed foster mothers who could feed them.

The Manul kittens were tiny, helpless and blind, but still showed ferocity by hissing and snapping at people who came close to them. They needed to be fed and the only way to do that would be to find a foster mother. Thankfully, the rescue team's efforts to get two domestic cats to feed the kittens worked and the foster mothers were happy to adopt these little wild creatures as their own. 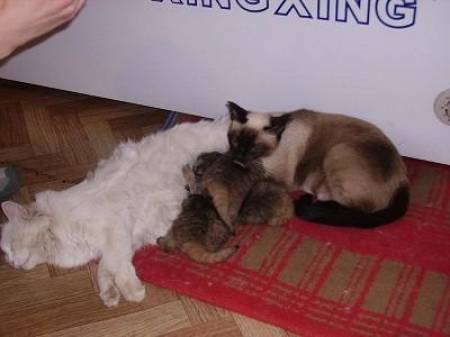 #4 Although growing big and strong, they had to combat the disease.

When they were a month old, the kittens started showing signs of toxoplasmosis. Since they were already feeding on meat, they were isolated and given special care by a human foster mother. During this time, they started showing more and more feral characters, as no humans other than their caretaker could approach them without suffering their wrath. Two kittens succumbed to the disease, but the other two recovered. 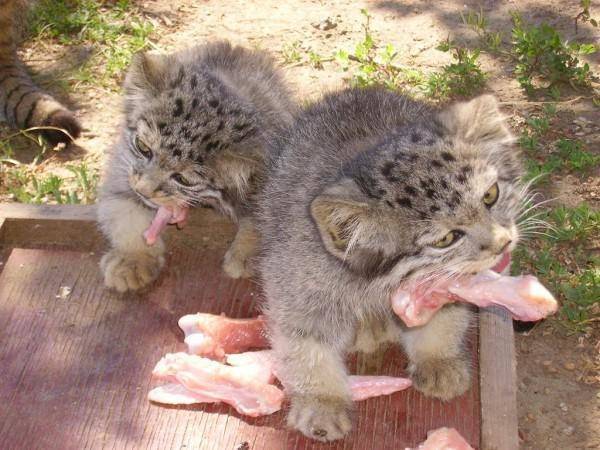 #5 The Manuls needed to be reintroduced into their natural habitat.

Soon, it was time to release the kittens into the wild when they started showing a propensity to attack humans, even though they were the darlings of the reserve staff. The young Manuls were released into their natural habitat with radio collars, but they weren't able to thrive in the harsh winter weather. Unable to find food or proper shelter, they became so thin that the radio collars came off. The staff brought them back to the reserve to look after them for a little longer and then released them in spring when the weather would be milder and food would be more abundant. 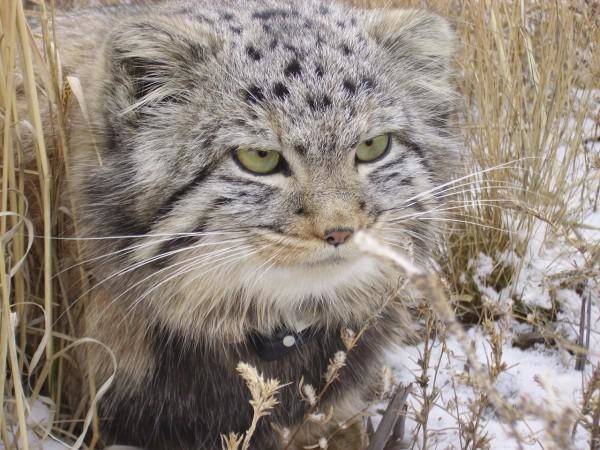 In spring, the Manuls were released again with their radio collars, and they adapted well to their environment and grew up into healthy and feral adults, as if they had never been out of the wild. 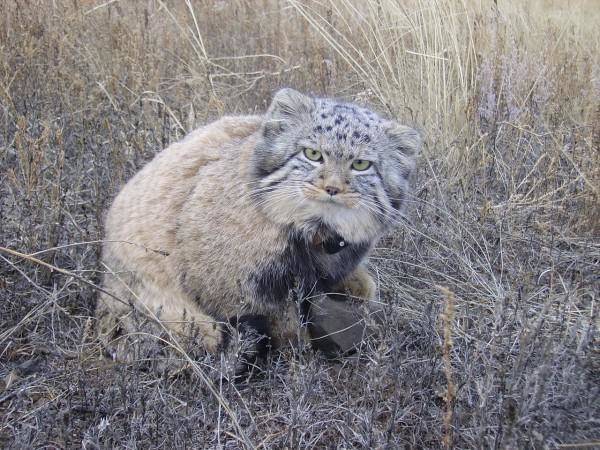