Posted by Muhammad Ali in News On 31st August 2020
ADVERTISEMENT

During a festival in Taiwan on Sunday as the crowds were cheering at the Giant Kite taking flight, a 3-year-old girl became entangled in an orange giant kite. The festival soon turned into screams of horror as she was lifted up more than 100ft. 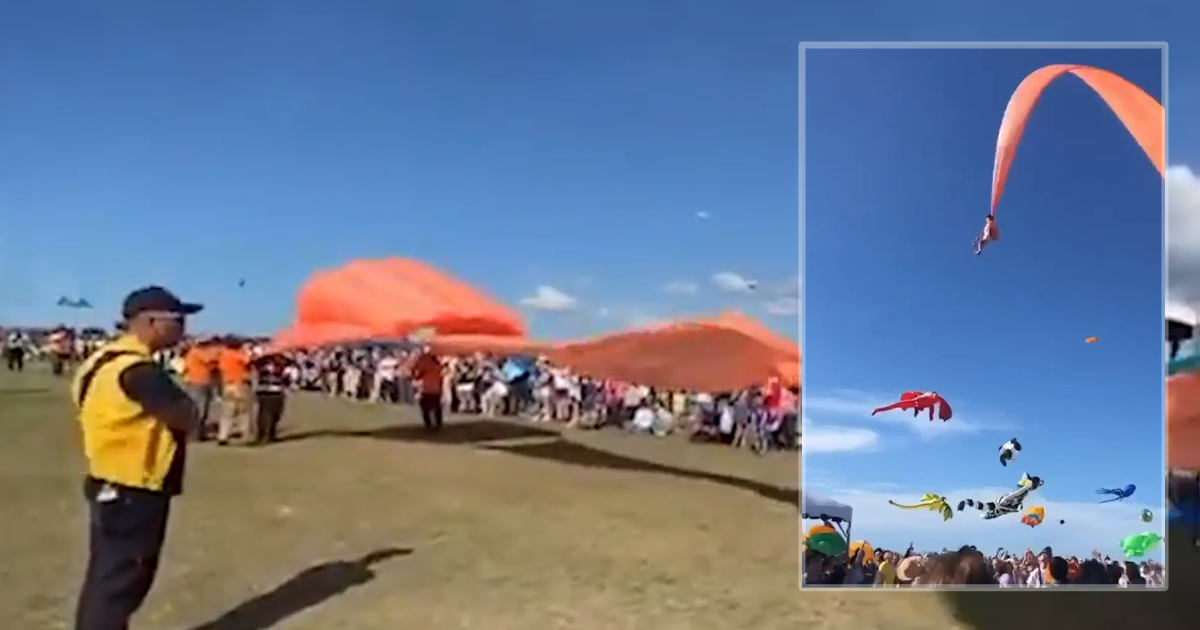 The heart-stopping moment this little girl was lifted more than 100ft through the air in a terrifying kite mishap.

The festival footage from the town of Nanlioao, Taiwan shows a group of terrified people struggling to contain the giant orange kite battered by heavy winds.

The excited and happy cheers soon turn into screams of horrors when the poor little girl gets stuck to its tail and soars above almost 100 ft.

The girl, said to weigh just 28 pounds, was repeatedly tossed around, according to The Sun, which cited local reports that she went as high as 100 feet in the air.

It took the helpers about 30 seconds to bring her down to safety.

Amazingly the little girl escaped serious injury suffering only mild scratches on her face and neck. She was only identified by her surname Lin. It wasn't clear however how she caught up in this accident. The annual festival was called off due to this incident.

“The city government team offers its sincere apology to the victim and the public,”