There are more people that are terrified of spiders than not and for good reason. Most of them are terrifying to see as well as being poisonous to humans. However, there are some spiders that are absolutely gorgeous to look at, from a distance. Here are some of the more beautiful spiders that can be found around the world. 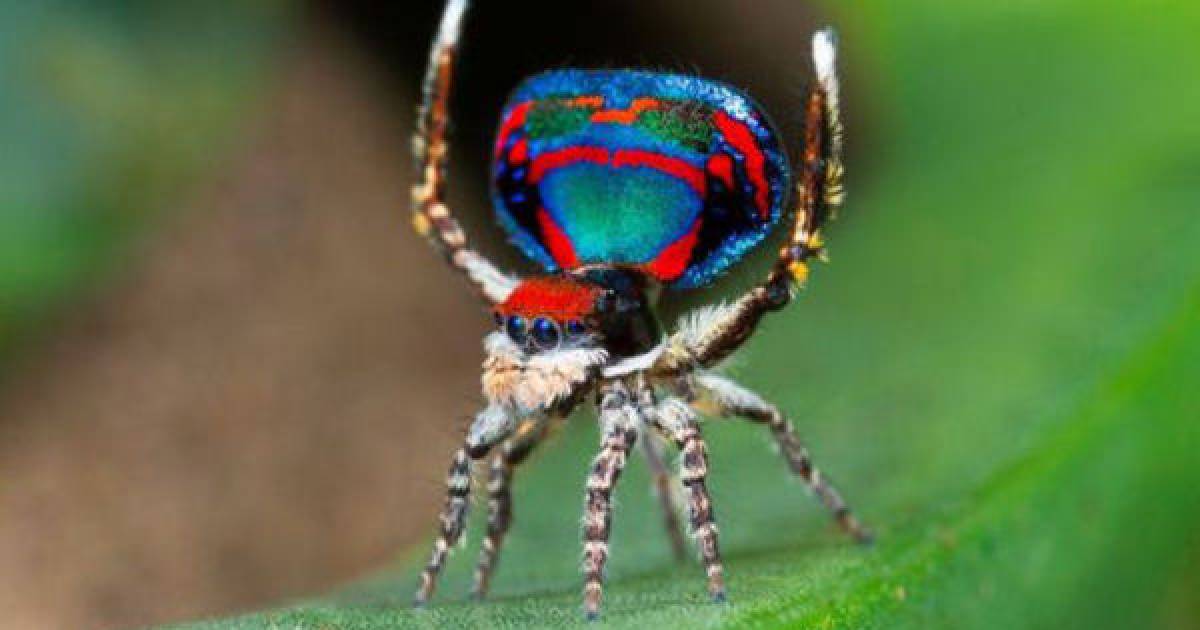 The Bunny Harvestman spider can be found in the South American rainforest. It is truly a bizarre looking spider. It almost looks like someone tried to make smores with Peeps and attached the top of one on a yellow spider body. Thier scientific name is Metagryne Bicolumnata, and they are in the same class of spiders as a daddy longlegs.

Peacock Spiders are Australian jumping spiders. They are pretty small, but they are also super colorful and full of unending energy. Their eyes are more advanced than most spiders. While most spiders can only see light and shadows as well as detecting movement, Peacock spiders can actually see things in great detail and color.

This spider is also known as Sequined Spiders, and they hail from Australia like most strange species seem to come from. They are particularly hard to photograph as they are super fast while in motion, so one has to be super stealthy to catch one not in motion in order to grab a great photo like this one. 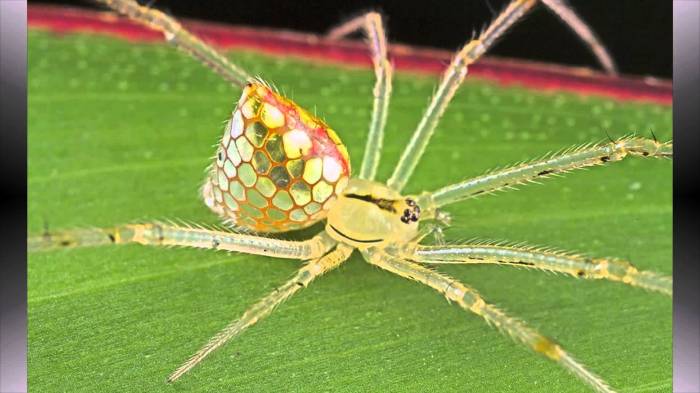 From the top, these spiders are not very pretty. According to Wikipedia, they are mostly a reddish to greenish yellow color with black. However, as you can see from this photo, they have a beautiful underbelly. These spiders are known for the impressive webs that they weave and can be found in warm regions around the world. 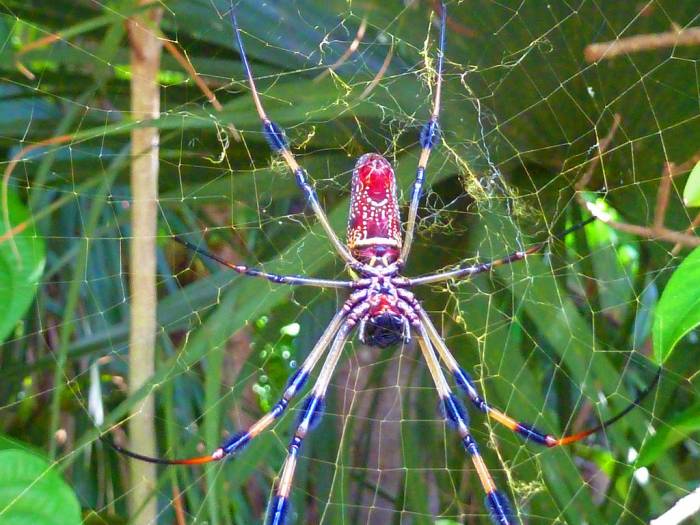 These spiders got their name because they can mostly be found on goldenrod flowers. They are able to change the colors of their bodies so that they can camouflage themselves among the flowers. The females of this species can spin webs, but they do not do it to catch prey. They spin their webs specifically for holding their eggs. 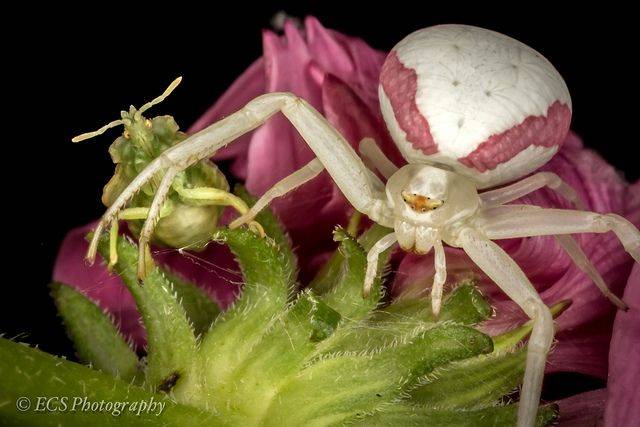 To be honest, there are many variations of this spider, and they are completely terrifying to see. This is one of the least scary-looking ones. Wikipedia says that they are mostly harmless to humans, so do not fret if you see one. They live on the edges of woodlands and can be found in Florida citrus groves. 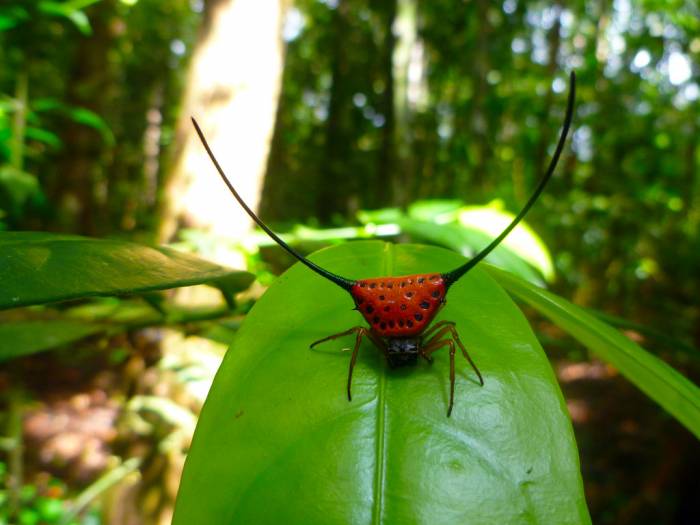 These are also called Pinktoe Spiders. They are Native to Martinique in the Caribbean Sea. They are a breed of tarantula that spends most of their time spinning funnel webs. There are other versions of this spider that are a bright blue on their carapace, but after some time, the color gets lighter and turns green. As in most species of animals and bugs, the males are a lot more colorful than the females of their kind. 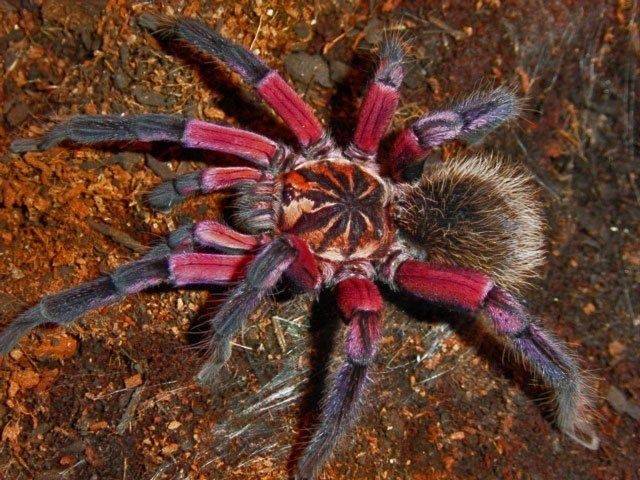 At first glance, these are super grotesque-looking spiders. The right half of this photo is how they look under UV light, which makes them look a lot more appealing. They are built to camouflage themselves so they look like poop which makes them unattractive to potential predators. They can even emit a pheromone that is just like that of a female moth. A male moth will get a huge surprise when they fly towards the smell. 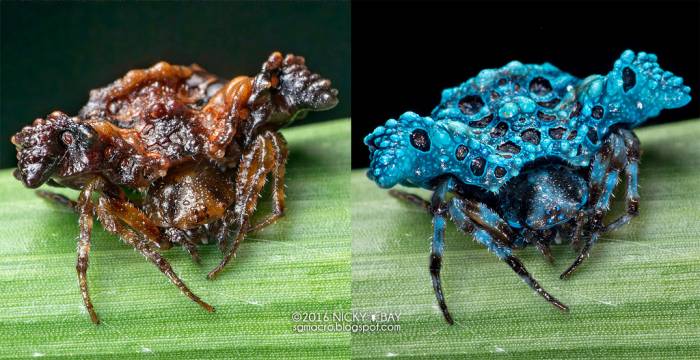