Here Are Ten Of The Biggest Men's Hair Fails In History

There is no doubt that we have seen some of the most bizarre hair trends over the years. We often talk about women's hair trends, but this time we are looking at the guys for their most epic hair fails. Some styles actually took off while others never made it off of the ground. We have put together some of the worst hairstyles that no guy in their right mind would want to wear. 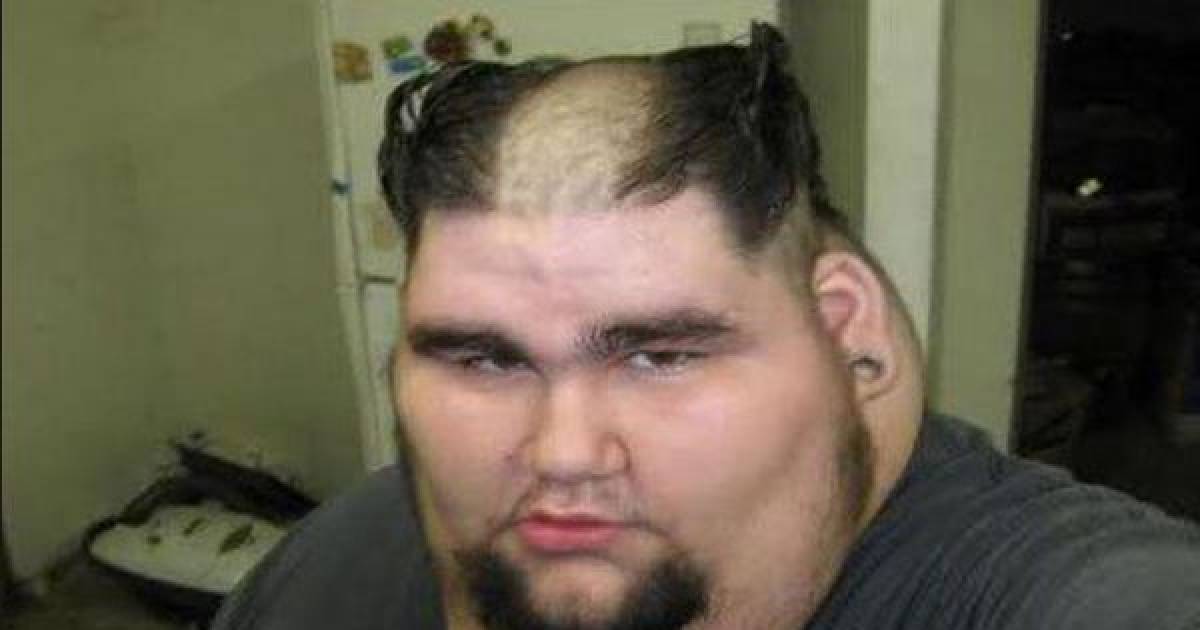 We are not quite sure what this guy was going for. Was it a Wolverine-type hairstyle? To us, it looks like an airstrip that is overgrown with grass. Either way, it is horrible, and we hope he has learned his lesson. 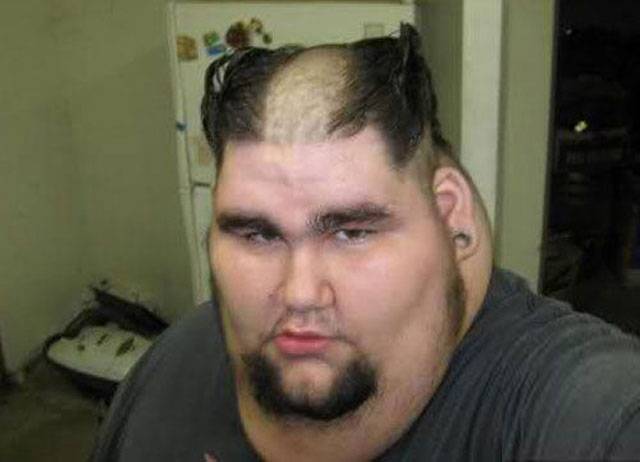 Honestly, we are not sure if this is a boy or a girl. Either way, this haircut is horrendous. We know bangs come in and out of style frequently, but just bangs along with a bald head has never been a thing, ever. 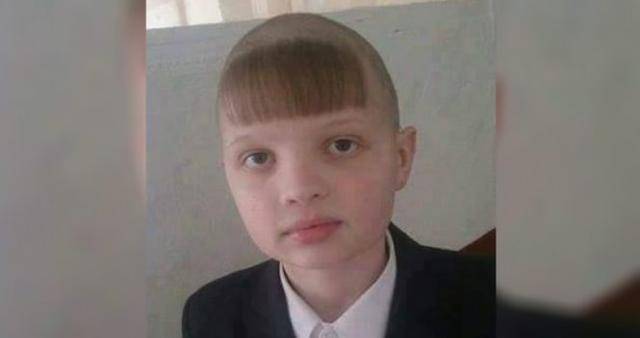 If this guy was trying to pull off a man bun, he failed miserably. It looks like he took one of those foam bun rollers and pulled his hair up top. Had he been a girl and had more hair around the rest of his head, this would not have been so bad, but since he is a boy with the rest of his head shaved, it just looks like a hairy bowl turned upside down on his head. 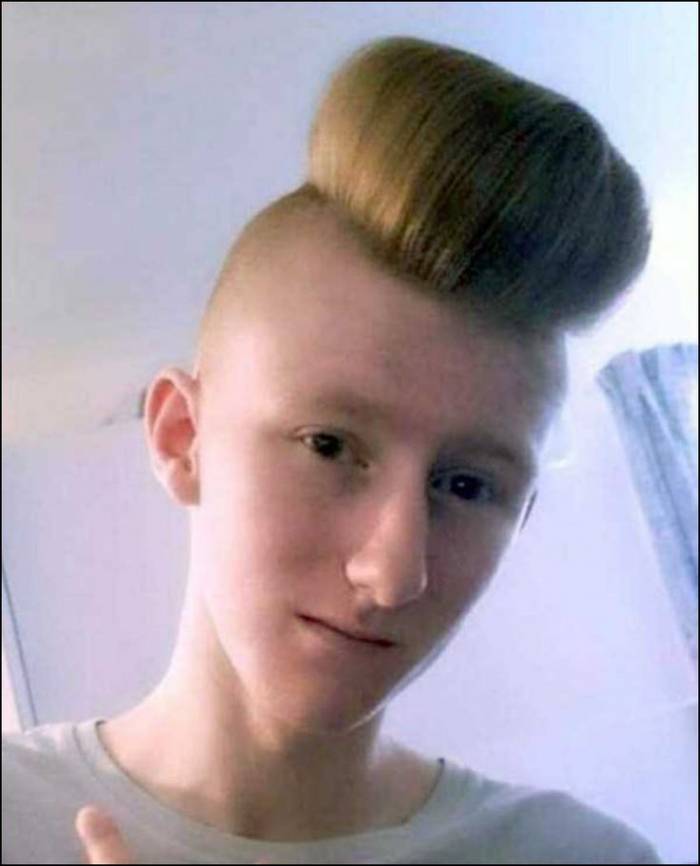 And, apparently so is his hair. We really do not know what is going on here? It appears that he trimmed his bangs in another one of these "bangs only" haircuts, but he is refusing to wipe off the excess hair from his forehead. Either way, it looks horrible. 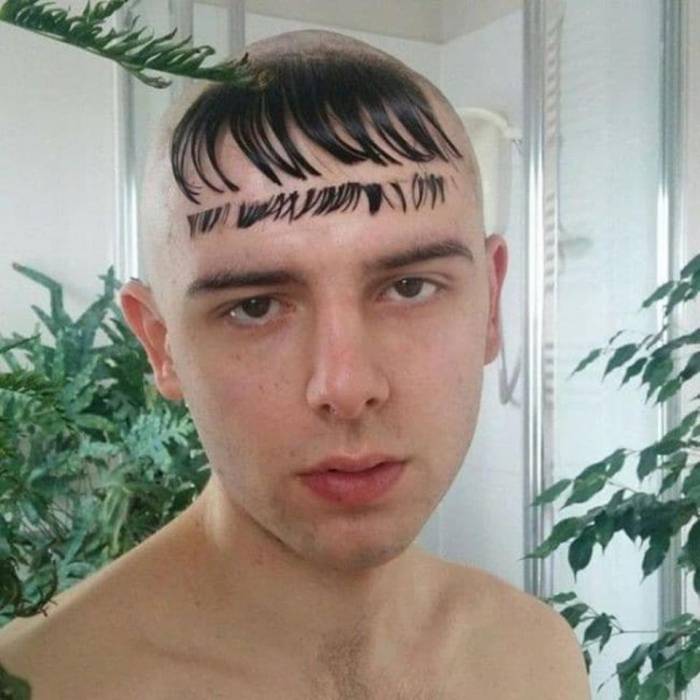 Most guys want fresh, clean edges, but this is entirely too clean. We don't know what is worse, the way his hair is combed down and plastered to his head or the fact that even his eyebrows are enviable for most women. Either way, the whole style is just too much. 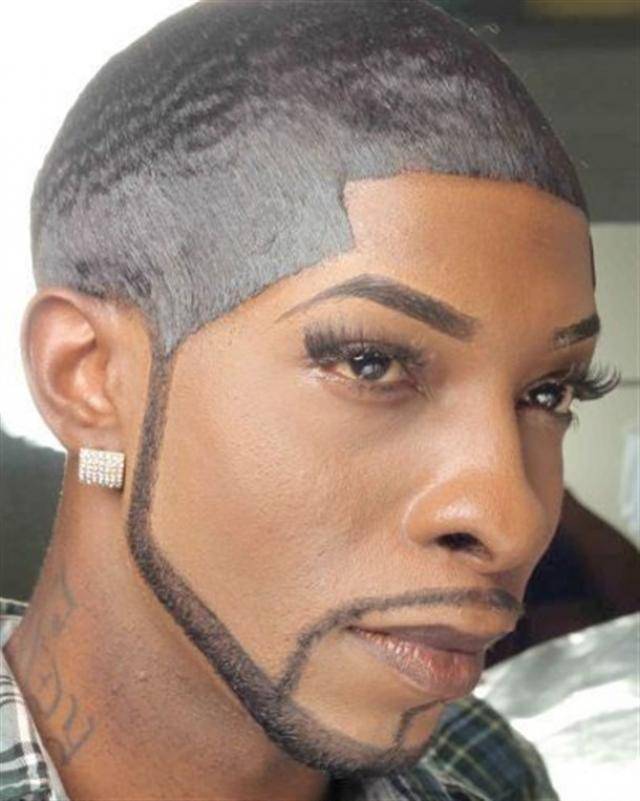 Back in the day when mullets ruled the world, guys also used to rock what we called rat tails. This guy has apparently taken that to a whole new level. While it is quite creative, the execution leaves very little to be desired. 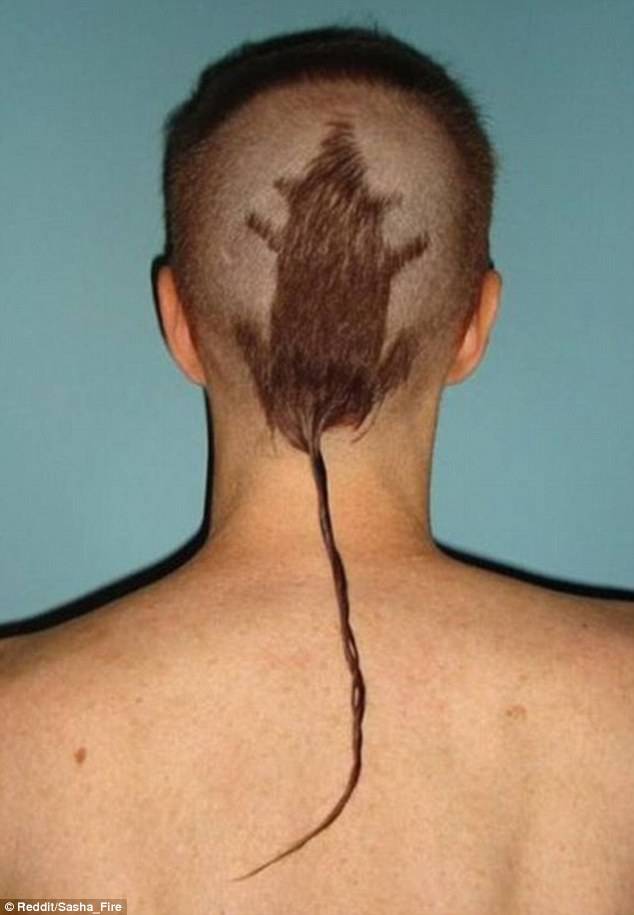 Back in the day, high top cuts were all the rage, especially in the '90s. Unfortunately, rocking a high top made it hard to also wear a hat. It looks like this guy figured out how to live in both worlds. 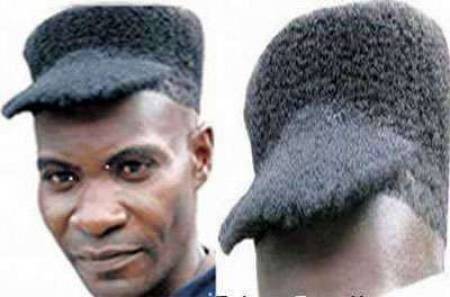 I am all for a little bit of manscaping, but this is just a little much. It makes us wonder where that lady is going next with them clippers she has in her hand. 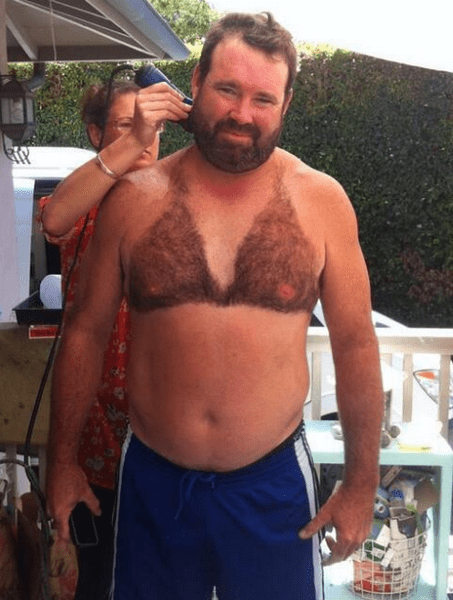 We don't know if this guy was going for some dookie braids, or what. But, he looks like more like a long-eared goat. It is probably the worst look out of all of the ones we are showing you. Thank goodness this never became a trend. 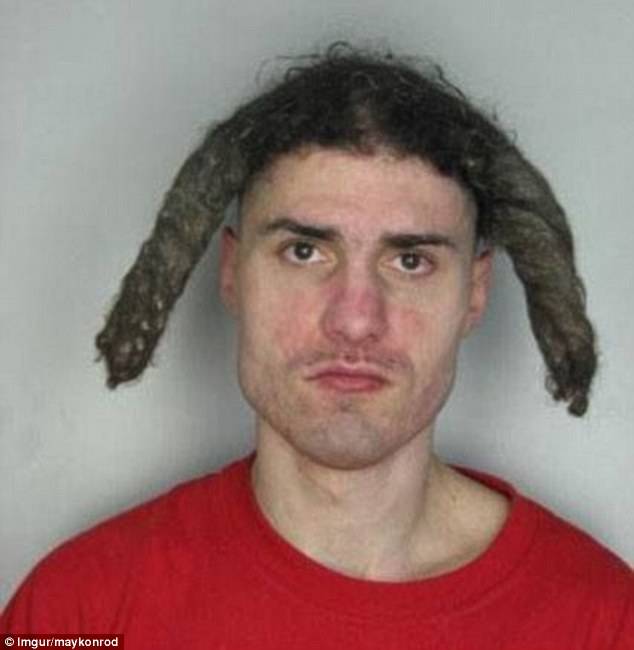 Here is a couple of side by side hairline fails. Black men, especially, are known to have some of the freshest lineups when it comes to their hair, but to what expense. The first guy looks to have aged 30 years from his cut, and the guy on the right looks like his hair was applied with oil paint. 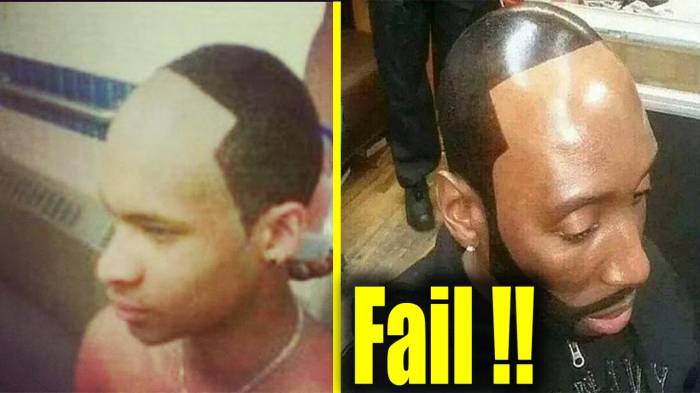