There are not many people out there that would disagree that dogs are the greatest creatures on this Earth. They have a way of picking you up when you are down. They simply brighten our day with their existence. They love us unconditionally and are fierce protectors when called upon. Here are some photos to remind us why dogs are the best. 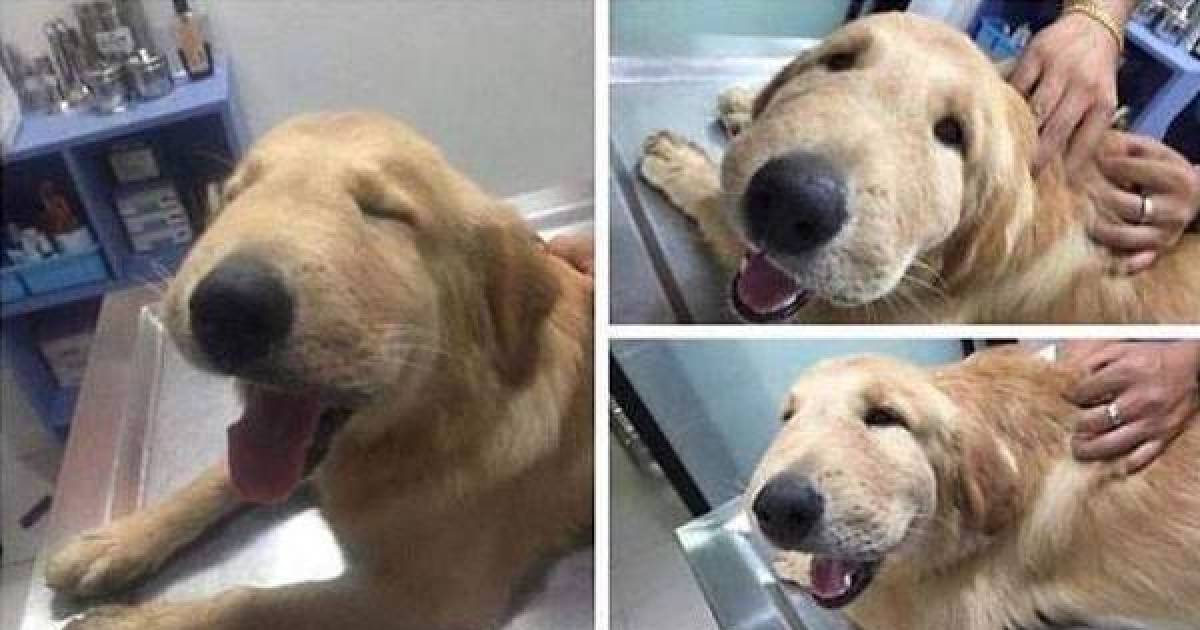 It can be really scary when your dog gets loose and you have no idea where it could be. Thankfully, this one landed in the right hands. The folks at Home Depot loved her so much that they made her an honorary member of their team until her owner picked her up. 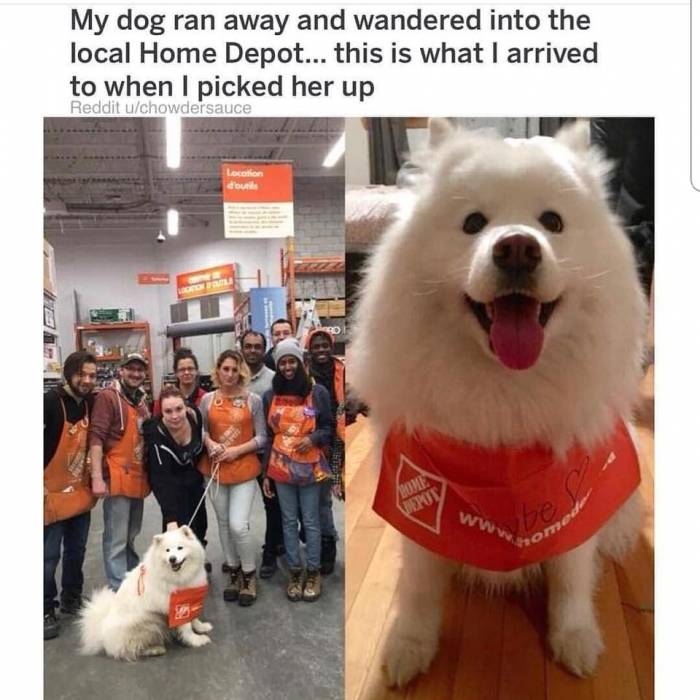 Dogs are attention seekers. They love the feel of a hand on their head no matter who it comes from. For that reason, it is no surprise that this pup waits by the school to steal some lovin' from the kids as they walk home. 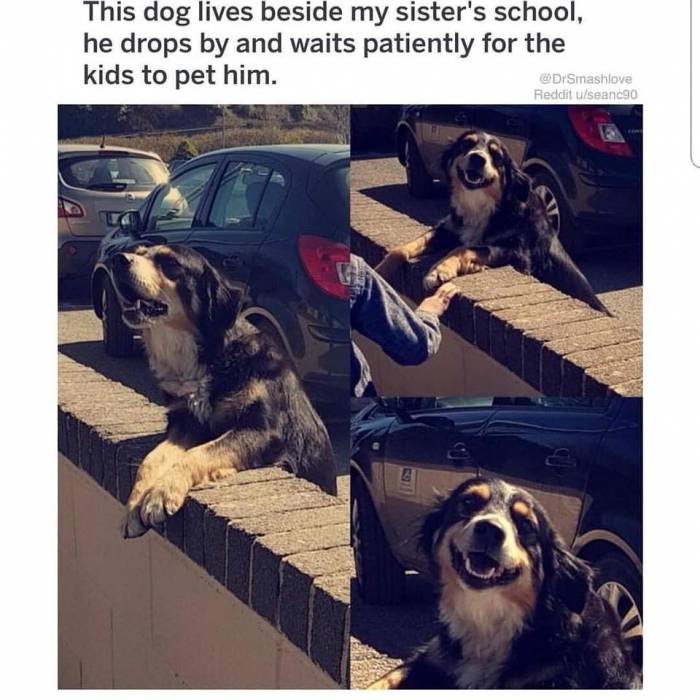 How could anyone get mad when they have a face like that looking up at them. This is probably the sweetest little face you will ever see. We could not get mad either. 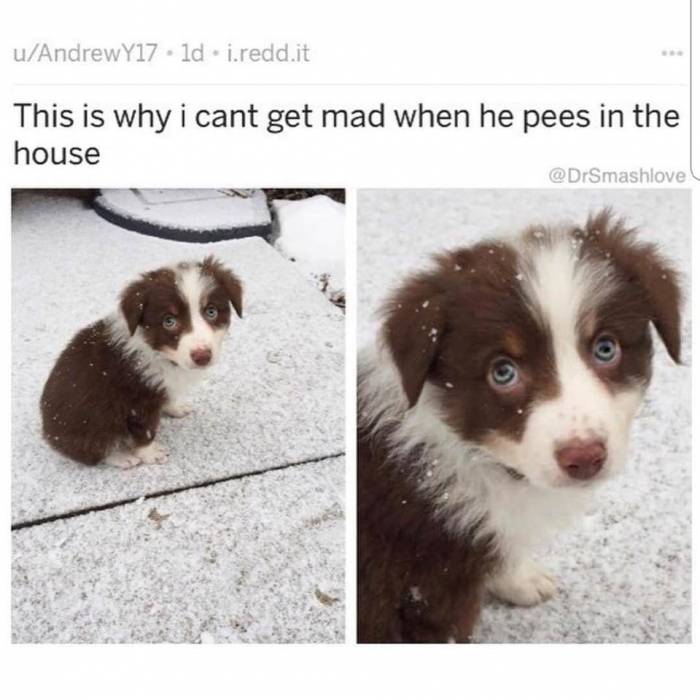 Huskies are the greatest of all dog breeds. They have such big personalities. Not only do they sass back at us, they also make some of the funniest faces. This joke kind of laid flat, but the faces that this fur-baby is making are classic. 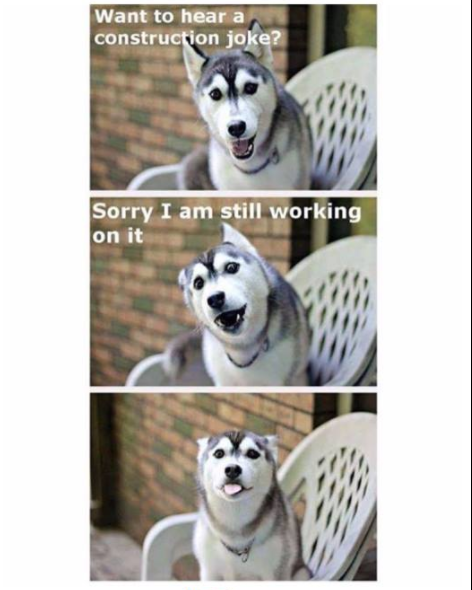 Forget the stairway to heaven. I am taking the bus. Who is with me? I don't know about you, but I kind of want to know the story behind this picture. 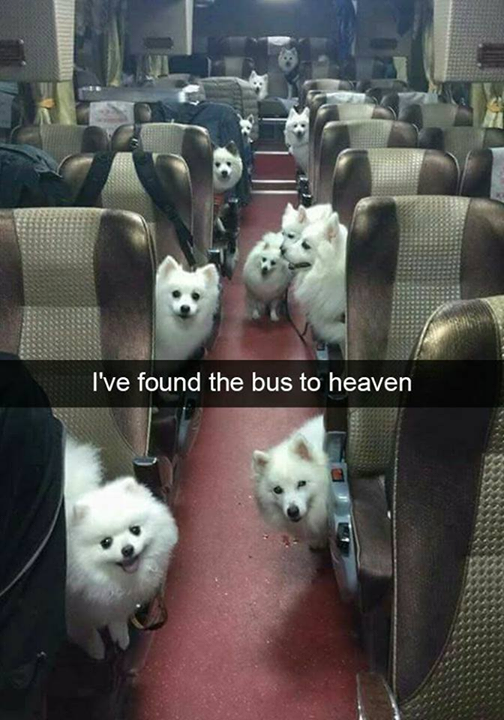 King of the world

You would think that dogs would have limits. They don't have hands and they are pretty close to the ground. Do you think that let this guy keep him down? It seems this guy is a climber and is damn proud of his accomplishments too.

No sight is sweeter than a box of sleeping, snuggly puppies. However, the first thing that came to my mind was, where can I get a box of chicken nuggets that big? Am I the only one?

Even pups get in trouble with their parents. This photo reminds me of how I used to flare my nostrils over and over again when my mom would yell at me. It did not take long to make her crack a smile. But, I am not sure how she would handle me sticking my tongue out at her.

They will never know

I have always found it to be incredibly unfair that most apartments do not allow pets unless they are a fish, and even then, some places do not allow that either. It seems that some people have found a way to get around such an unfair rule. Kudos to them for their cleverness. 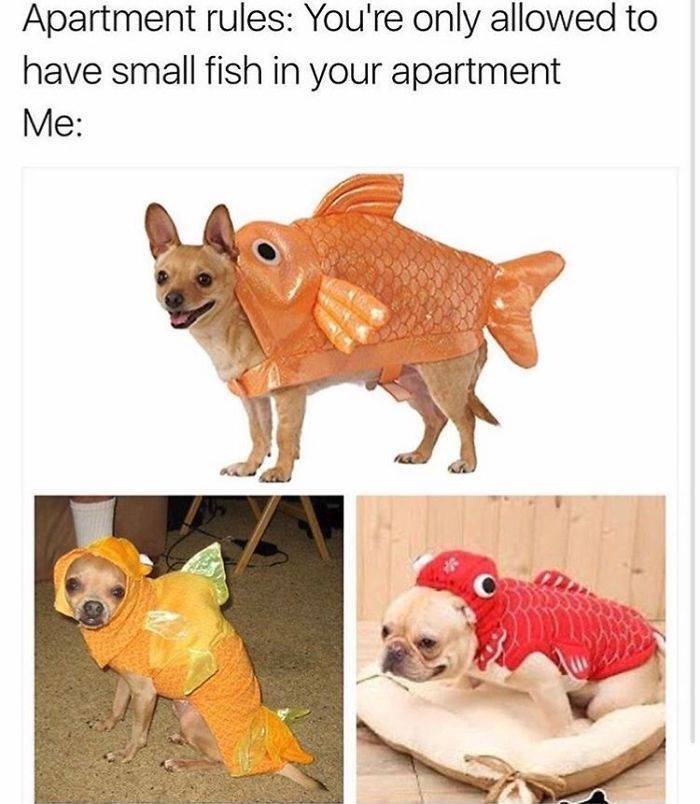 Could you imagine a world where we can plant seeds and grow puppies? I think I would have a small zoo full of puppies if this were possible. How about you? 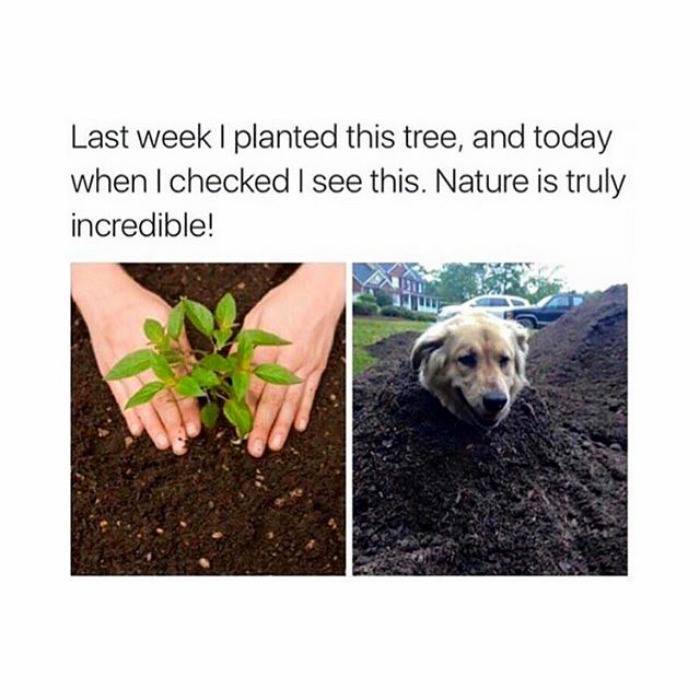 Dogs already have the sweetest faces. This one only got cuter when he got all swollen from a wasp sting. I want to feel bad for him, but from the photos, he seems to be in really good spirits. 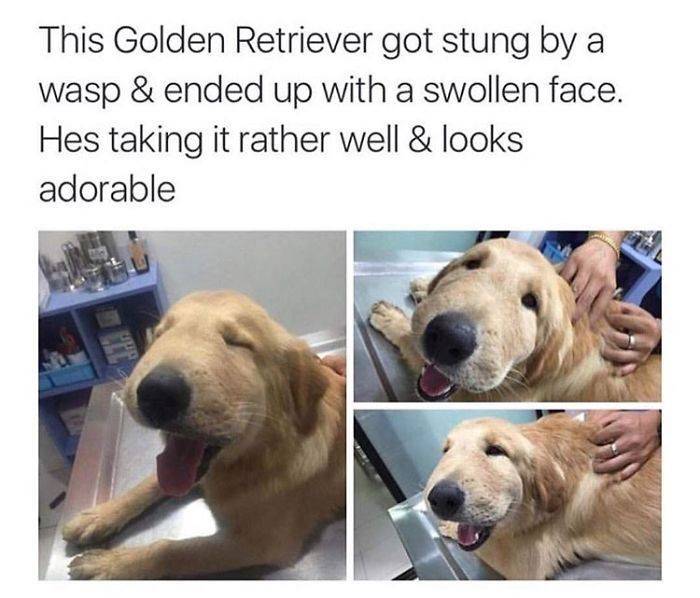 A lot of dogs really enjoy digging. No matter how much we yell at them or try to train them to do other things with their outdoor time, many will still sneak off to dig. However, how could you get mad at a face like this? He looks so proud of what he has done. 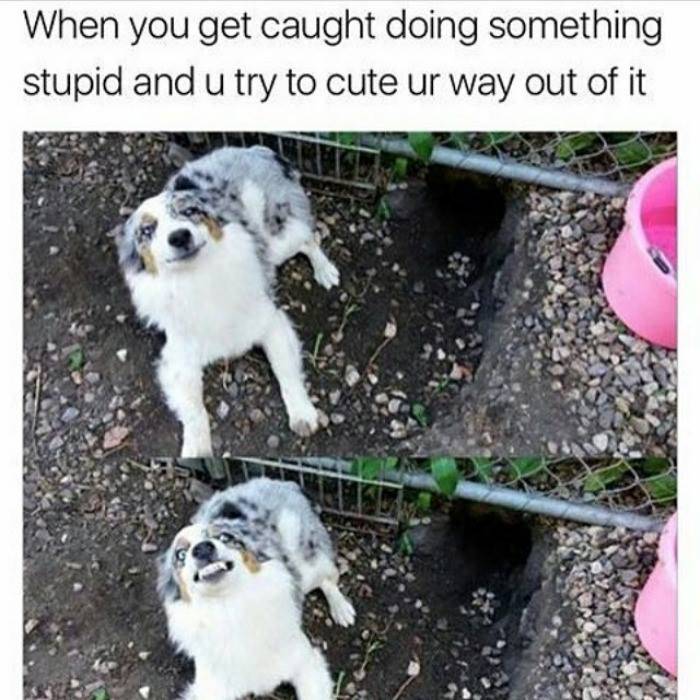