We all know that the internet is a plethora of information and can be extremely helpful. It is also full of the most bizarre things you can imagine from around the world. The photos that we collected here are just the tip of the iceberg. We guarantee that some of these images will haunt you forever. 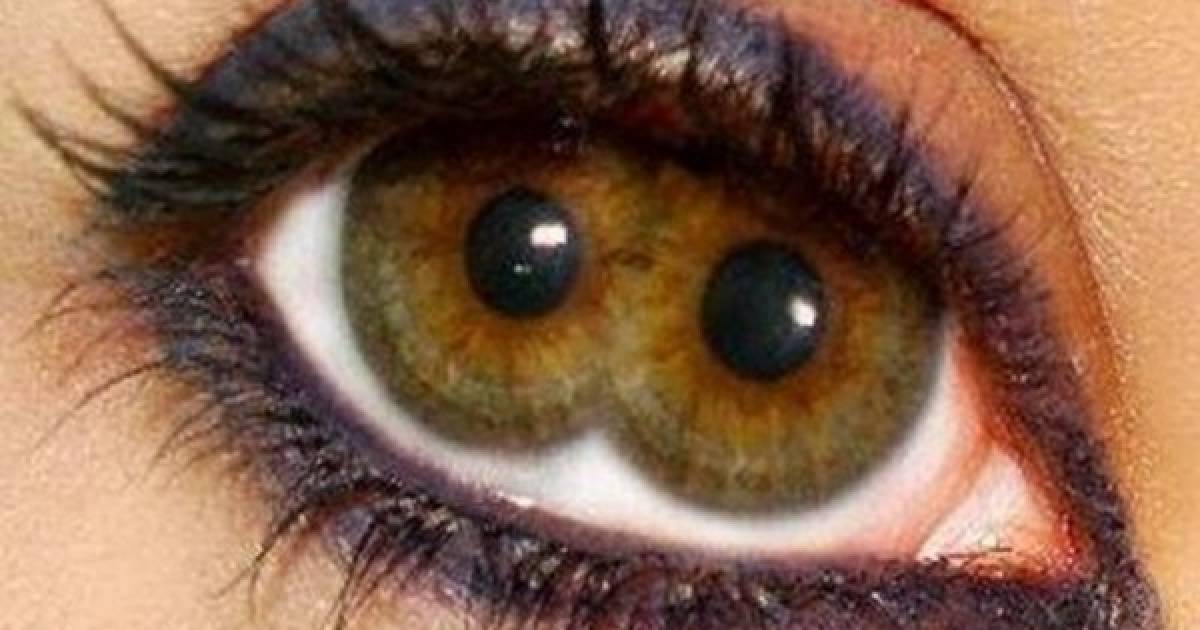 I came across this nugget from a group about Poland on Facebook. The guy walking by and taking a double look makes this photo funny even though it is totally bizarre. There are so many things wrong with this picture that the longer you look at it, the more you will find. If you do not want to be completely traumatized by this photo, do not zoom in on the black shirt. 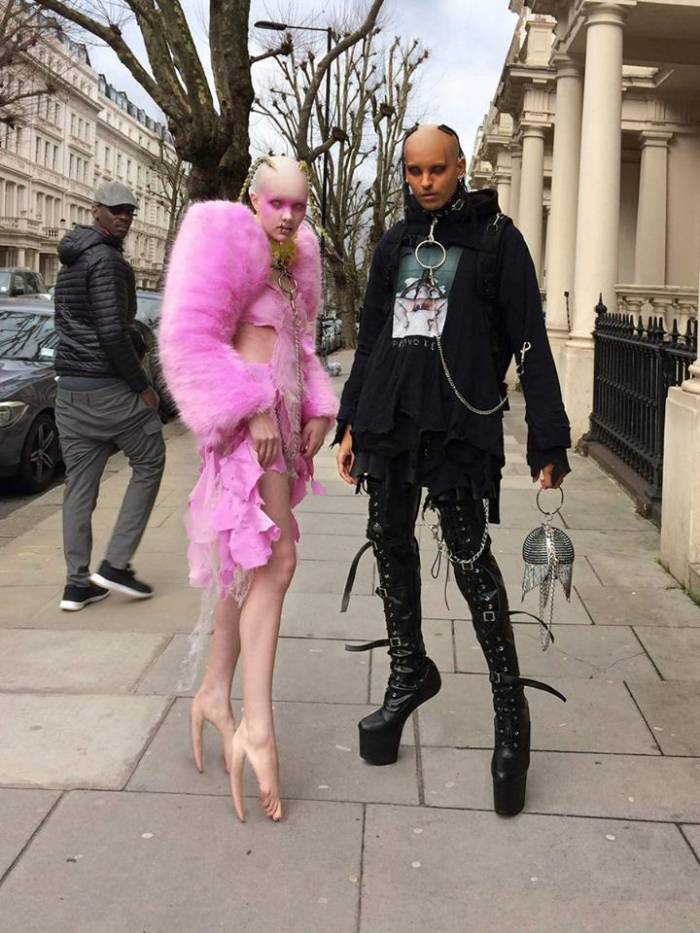 You thought that puppymonkeybaby was strange. There is a New Zealand taxidermist named Andrew Lancaster who takes the carcasses of dead animals and turns them into imaginary creatures like this one. People think that he must be weird or mentally disturbed, but he is proud of his artwork.

We have all seen some bodybuilders with impressive muscular structures, but this guy is beyond that. It appears as if his muscles have muscles. Could you imagine this guy coming in for a bear hug? It would be terrifying. We wonder how he finds shirts with sleeves that will fit those enormous arms. 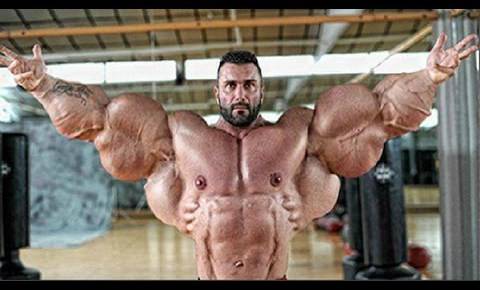 Do you remember that old Snoop Dogg video where he was morphing into a Doberman? It seems like this guy wanted to make that a permanent look. If you look real close, it appears that he has these dog pieces sown onto his face. You have to be one sick dude to do something like this. 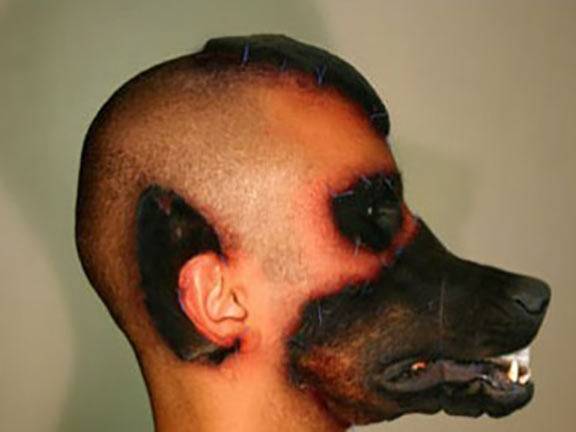 This gives the term "helmet head" all new meaning. Believe it or not, this is something you can actually buy. This hyperrealistic helmet will surely have people looking twice and will likely get you pulled over for not wearing a helmet until the police take a closer look. It is just a little too strange for our tastes. 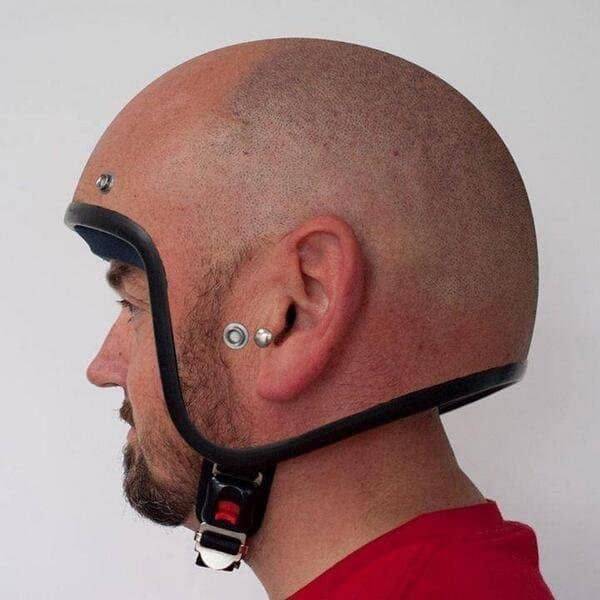 Is this guy attempting to look like Pinhead from Hellraiser or does he aspire to look like a hedgehog? Maybe he just has a thing for radical acupuncture. I don't know about the rest of you, but I have a fear of needles, and this photo gives me the worst anxiety. 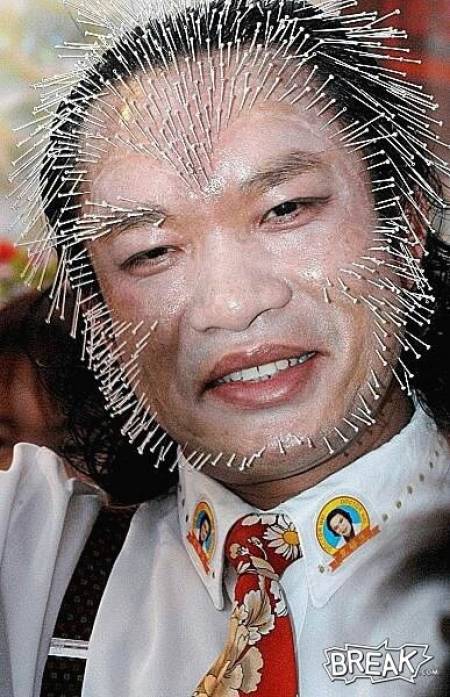 Even though we can tell that this is just hair tracks glued onto her eyelids, it still totally creeps me out. It does make you wonder why she would do this, and why did she not try to do a better job. The glue is so gloopy and gross looking. However, in her defense, it is not like she could really see what she was doing. 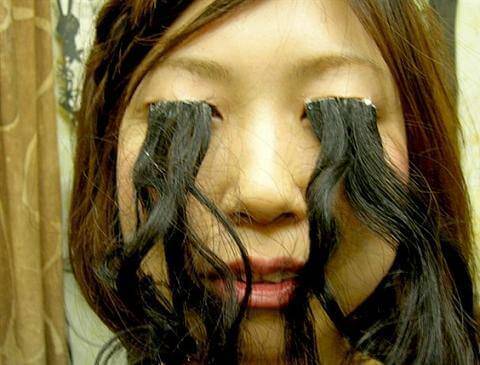 According to oddee.com, Pupula duplex is Latin for "double pupil". It is a medical condition where a person has two pupils and two irises in a single eyeball. The guy in the photo is Liu Ch'ung who appeared on Ripley's Believe It Or Not. Actually, it is his wax likeness that can be seen at Louis Tussaud's Palace of Wax. 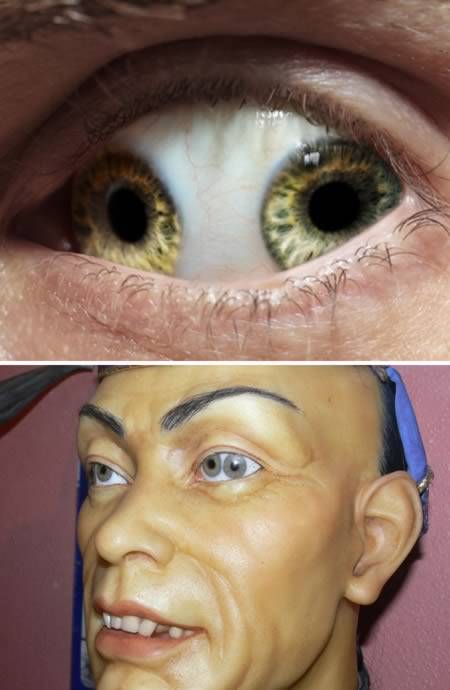 I came across this photo and went looking for the story. While I believe this is just a case of wonderful Photoshop, it is near perfect in its execution. The only story that I found to go along with this picture is one that claims that the man kissed a married woman, and shortly after, his mouth turned into a beak, as if it were some punishment from the Gods. 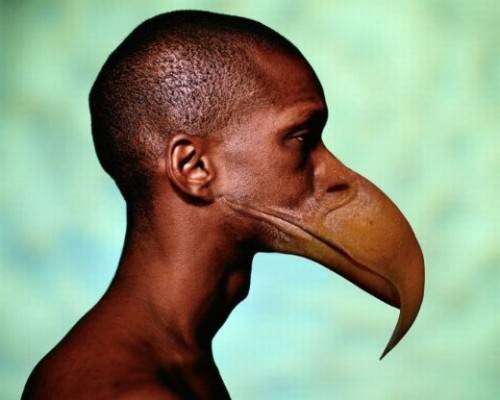 We have all seen some pretty weird things in nature, but nothing is quite as disturbing as a fish that has human teeth. The Pacu fish is indeed real and is cousins with piranha even though they mostly eat fruits. They use their teeth to bust open nuts and fruits, but do not appear to be that picky as to what they eat. There have been reports of them snatching men's testicles right off their bodies. You might want to stay out of the water when these guys are around. 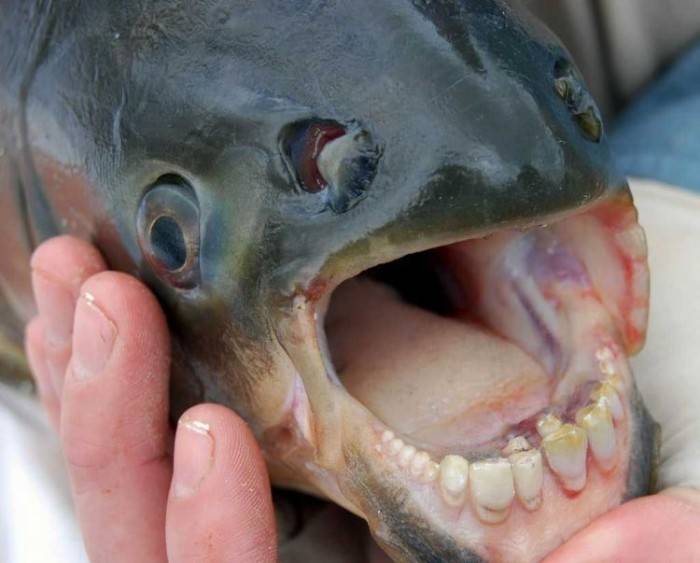