Posted by Sama in Funny On 5th January 2022
advertisement

Olivia Crump was left a little shocked and much amused after she stepped out of her apartment only to find that a big chunk of the staircase was missing. Making light of the incident, the TikTok user took to social media platform Twitter to share a picture with a caption: "a princess trapped in her tower." 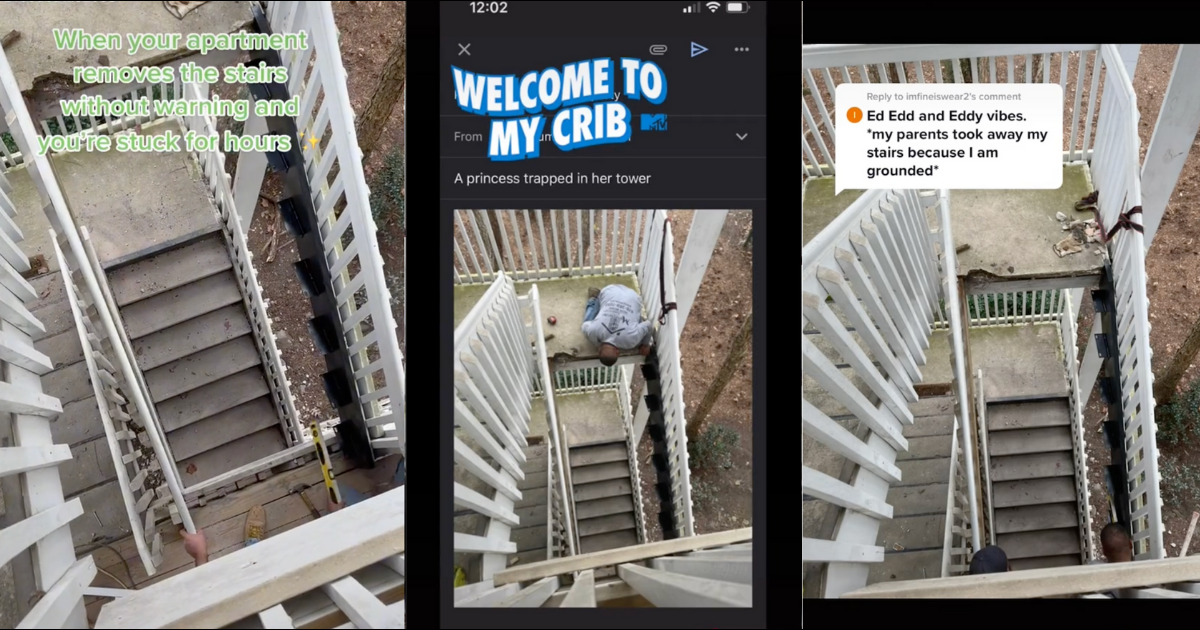 Imagine you walk out of your apartment and just when you are about to step on the stairs..boom..you realize there are no stairs?

What will you feel? If it were me, for sure I would have a full-blown panic attack.

In a recent TikTok posted by Olivia Crump, known to the TikTok world as @foodbattle2008, shared with the world when her apartment's stairs were removed without her consent. 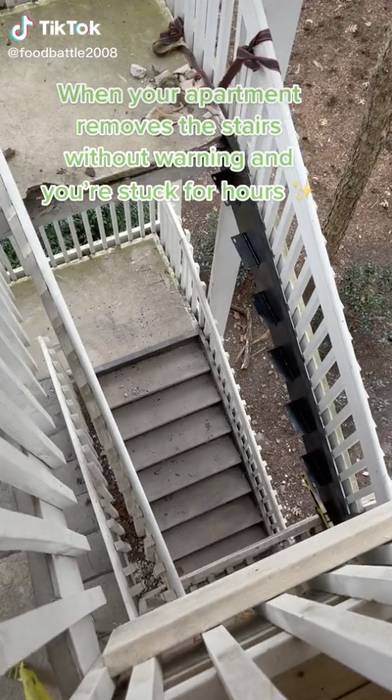 As Olivia stepped out to go out, she faced a major inconvenience.

The short eight-second TikTok begins with Olivia's view from her apartment where the stairs immediately outside her door are intact.

However, with a close look one will find that a big chunk of the stairs leading to the ground has vanished. As a matter of fact, when construction work is being done to an apartment building the tenants are given advance notice to make proper accommodations. 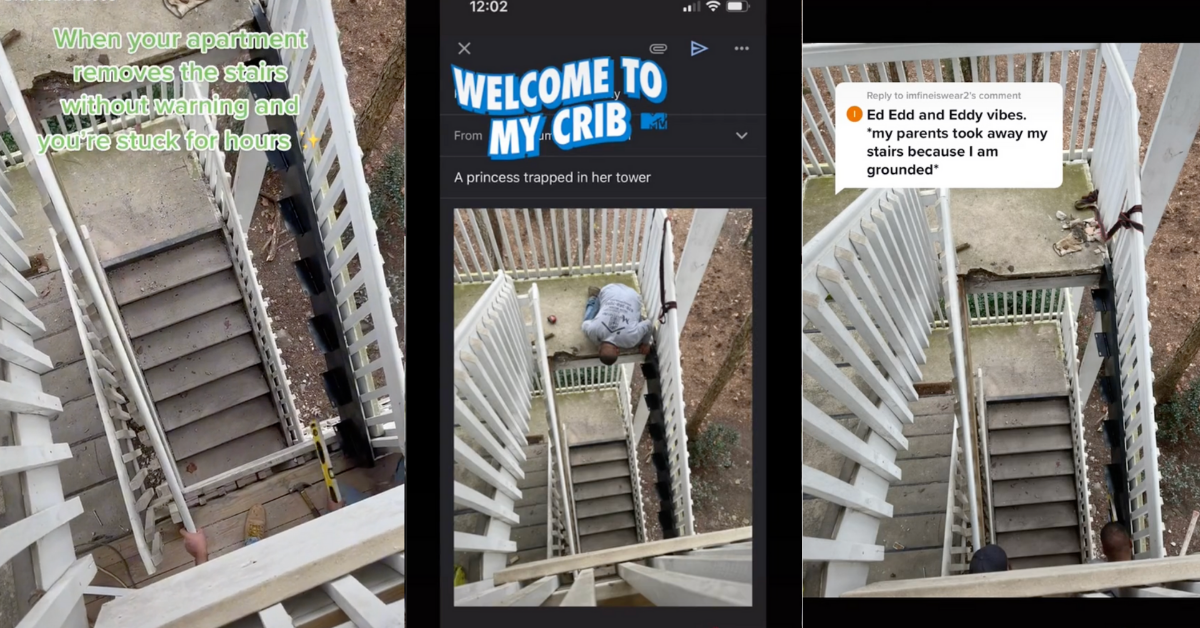 Unimpressed by the dangerous stint, Olivia shares that this courtesy was not extended to her or other residents in the building who were equally shocked as her by the impromptu building renovation.

Not so surprisingly, the TikTok video went viral on the social media platform, gaining over 2 million views, nearly 308,000 likes, and over 1,500 comments.

Majority of people shared their concern over the safety of Olivia or other residents and pointed that this situation could be hazardous in case of emergency.

The video features text that reads, "When your apartment removes the stairs without warning and you're stuck for hours ✨" as the song Hell To Da Naw Naw Naw by Bishop Bullwinkle plays in the background.

In a screenshot that's featured at the end of the TikTok, Olivia shows she tweeted a picture of the back of a construction worker as they work on the stairs.

The tweet simply reads, "a princess trapped in her tower".

Few people made a light joke out of the situation too. 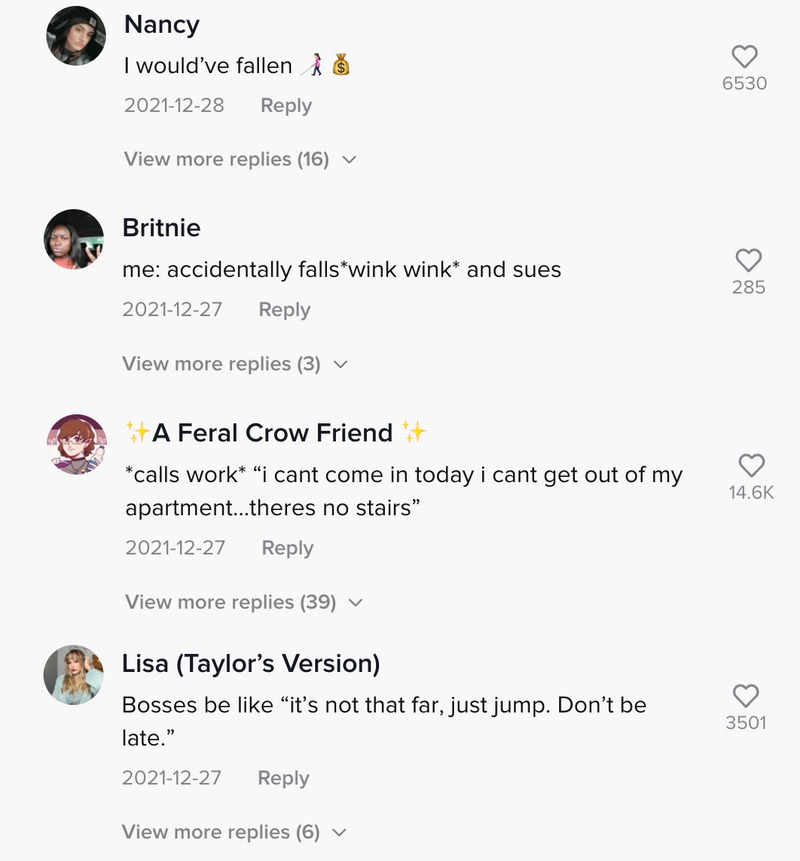 "I have no plans to pursue legal action, although I’m sure I could because they were definitely causing a fire hazard."

“I do think it’s more than fair that they give us some form of compensation for putting us in a dangerous situation without warning, but it doesn’t seem like they plan on doing that!” 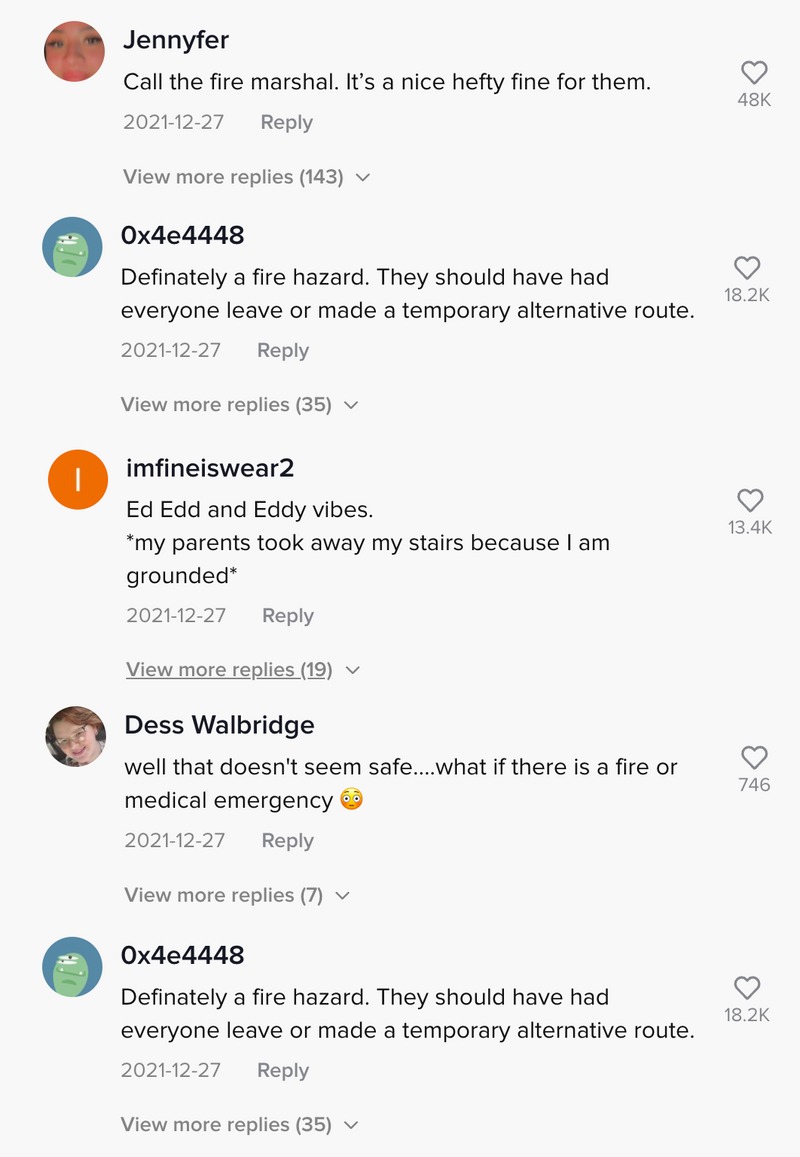