Hollywood relationships are famous for being glamourous and tragically romantic. Here is a list of celeb couples who met on set and fell in love so deeply that the spark between them started burning in real life. 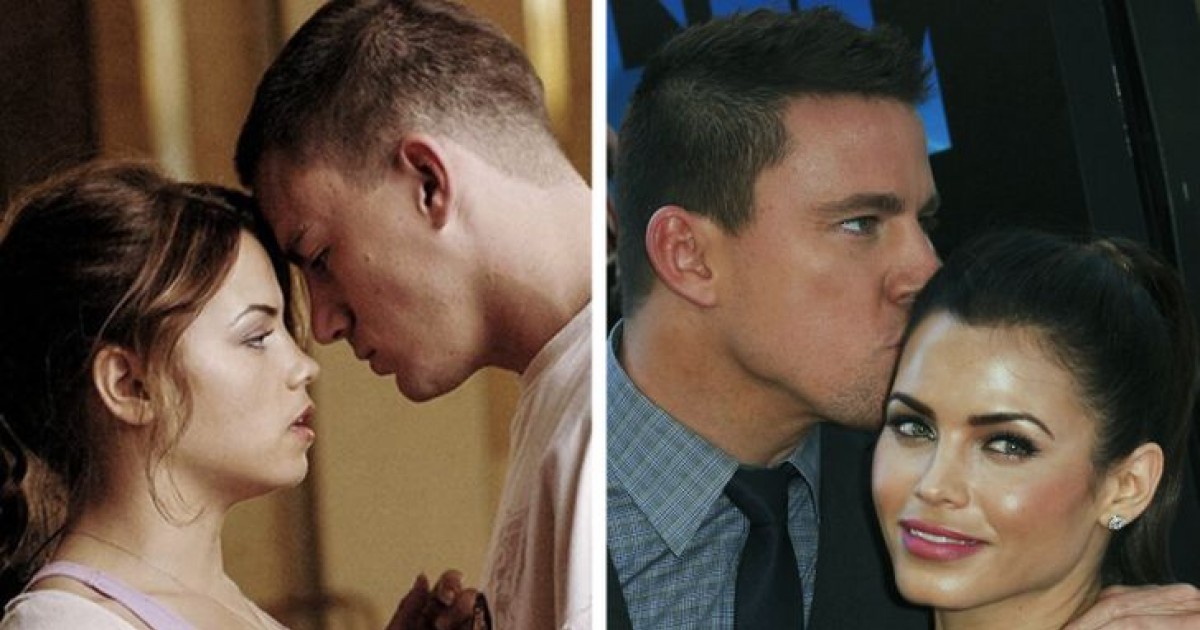 Fell in love on set, got married in 2012, and are now parents to two kids.

They met on the sets of Black Swan in 2009 and of course, fell in love. Their love proved to be true as Benjamin and Natalie are still happily married and raising 2 kids together. 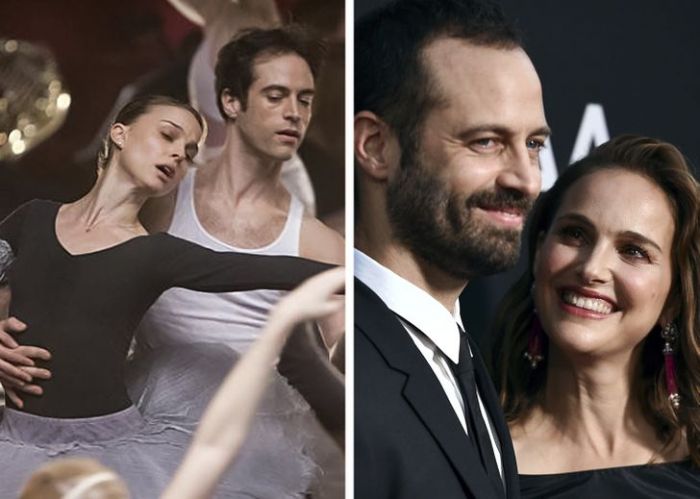 Jenna and Channing remained married for ten years and are also parents to one child.

They both met each other on the set of the dance movie Step Up in 2006. They married each other after dating for three years and were blessed with a daughter in 2013. Unfortunately, the couple decided to end their marriage in 2018 and got divorced in 2019. These days, Dewan is engaged to actor Steve Kazee, while Tatum is dating singer Jessie J. 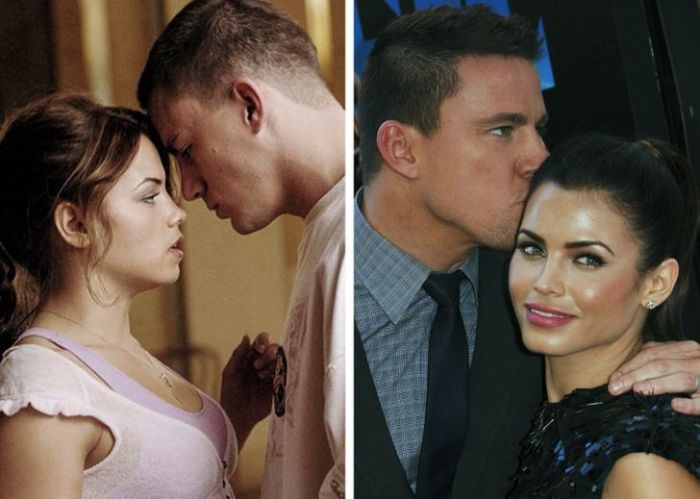 The famous Hollywood couple remained married with three children for 29 years until Kelly's death in 2020.

In 1987, John and Kelly met on the set of The Experts and never parted since then. They dated for 4 years before getting married in 1991 and welcomed three kids together. Travolta and Preston proved that they were made for each other, the couple remained married until Kelly's sudden death in 2020. 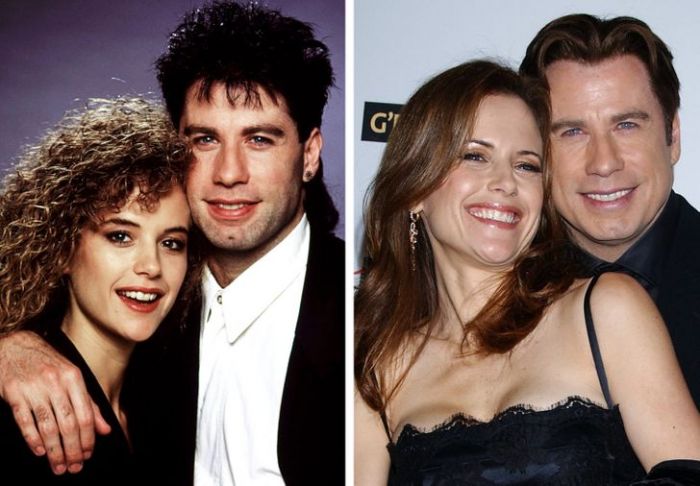 Emma and Andrew met on sets, fell in love, and dated for five years.

Stone and Garfield met while filming 'The Amazing Spider-Man' and started dating in 2010. Fans were happy to see the couple dating in real life but it didn't last for long. Eventually, they broke up in 2015 and now Stone is married to comedian Dave McCarry. On the other hand, Garfield is single and doesn't like to share details about his personal life. 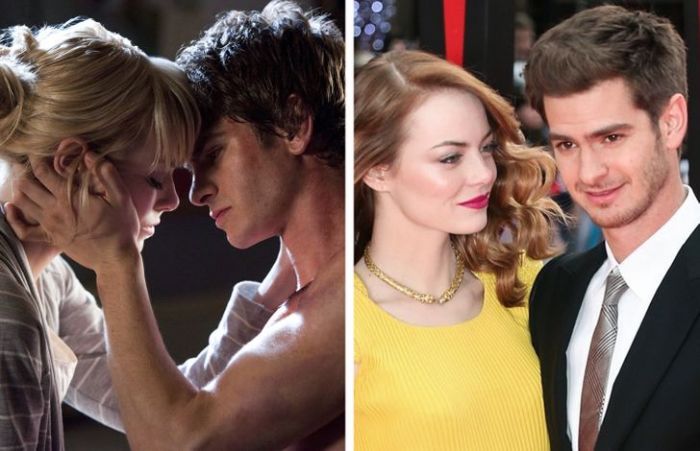 Dated on and off, got married, and then divorced after a year.

The couple got together while working on The Last Song in 2009, but remained on-again-off-again. The couple again got together in 2012 and even got engaged but it didn't workout.  Finally, they decided to get married in December 2018, but sadly, separated in August of that next year. They were officially divorced in January of 2019, currently, none of them is seeing anyone. 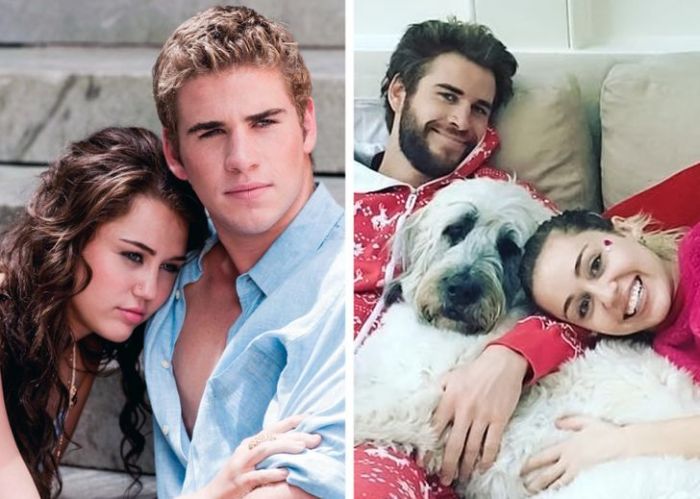 Happily married since 2010 and have three kids.

Jared never knew he would find the love of his life while filming the fourth season of the 'Supernatural.' When Genevieve joined the cast in the fourth season, Jared fell in love at the first sight and proposed one year later. The couple has since then welcomed three cute kids in their lives and are living happily in Texas. 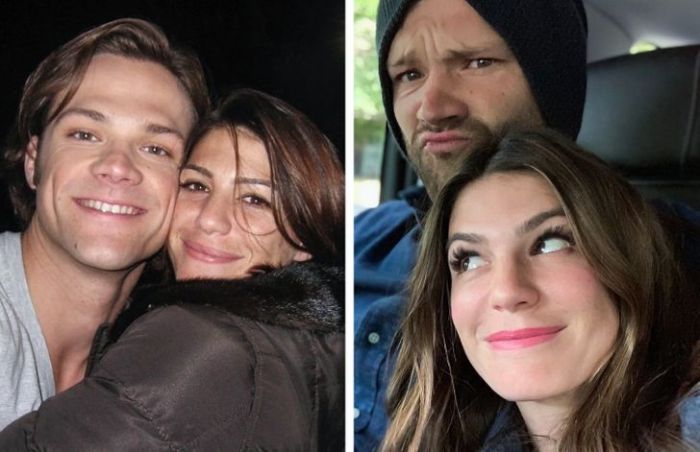 They welcomed 2 kids together and got divorced after 8 years of marriage.

This couple met on the sets of 'Cruel Intentions,' got married in 1999, the same year the movie came out and their daughter was born. Witherspoon also gave birth to their son in 2003, but unfortunately they separated in 2006 and were officially divorced by 2007. 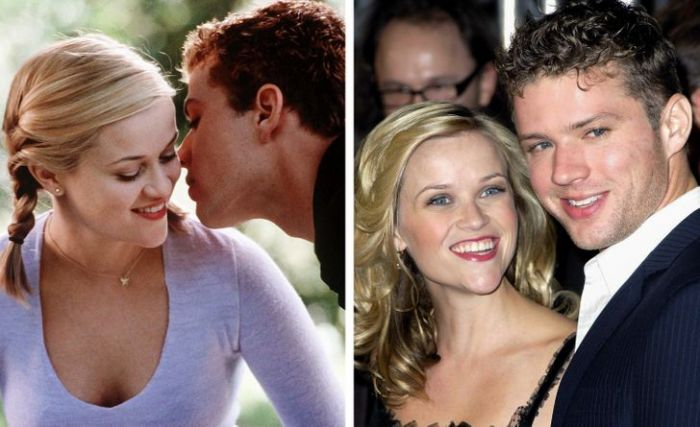 Hanks and Wilson are married since 1988 with 4 children.

The most famous couple in H-Town met while filming the show Bosom Buddies in the early ’80s. But they actually noticed each other in 1985 when working on the film Volunteers which was the start of their never-ending romance. The couple got married in 1988 and have 2 children together, they also raised Hanks’ son and daughter from his first marriage. 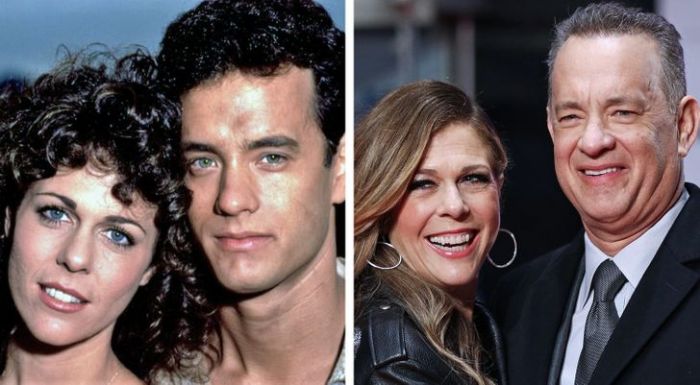 They both got married in 2010 and are now parents to two children.

Anna and Stephen literally started dating after filming the very first episode of True Blood in 2007 and got married 3 years later. They both are going strong to this day and are raising together 2 children from Moyer’s first marriage. 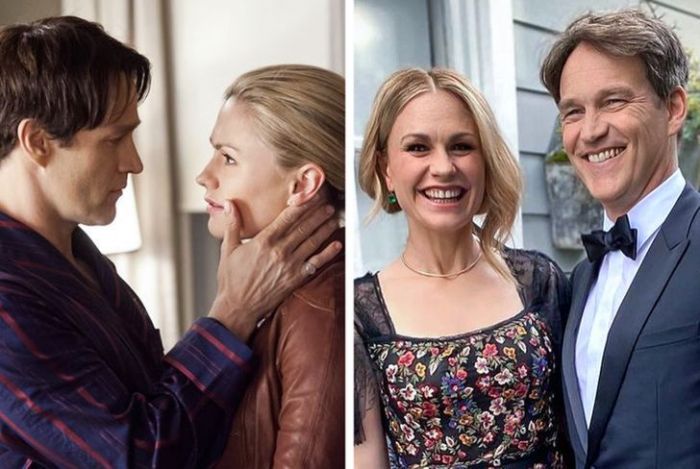 This celebrity couple is married since 1988 with 4 children.

This cute couple first met in 1985 on the sets of the TV show Family Ties where they were girlfriend and boyfriend. But the moment they fell in love with each other was when they started shooting the movie Bright Lights, Big City and are together since then. 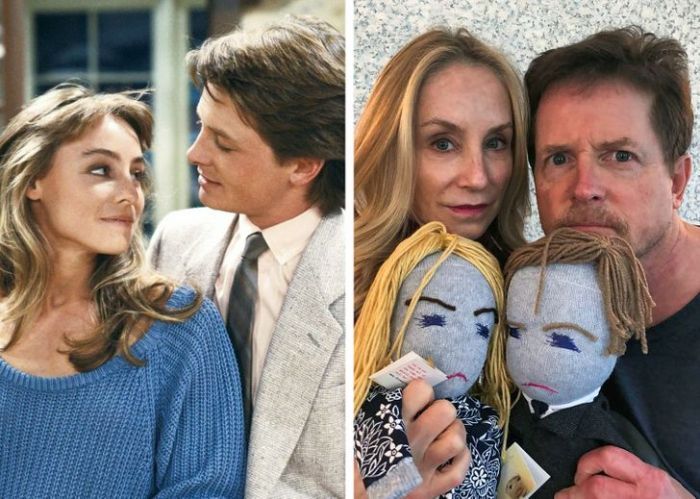 Ben and Jennifer spent 13 years of their life together as a married couple. They both also share three beautiful children.

The hottest celebrity couple first met on the set of Pearl Harbor in 2001 and caught each other's eye. 2 years later, they collaborated on Daredevil, in which their characters were very much into each other. That was the start of their romance as one year later, Garner finalized a divorce with her first husband and got married to Affleck by 2005. But sadly, their marriage ended in 2018 but they retained joint custody of their kids and remain friendly. 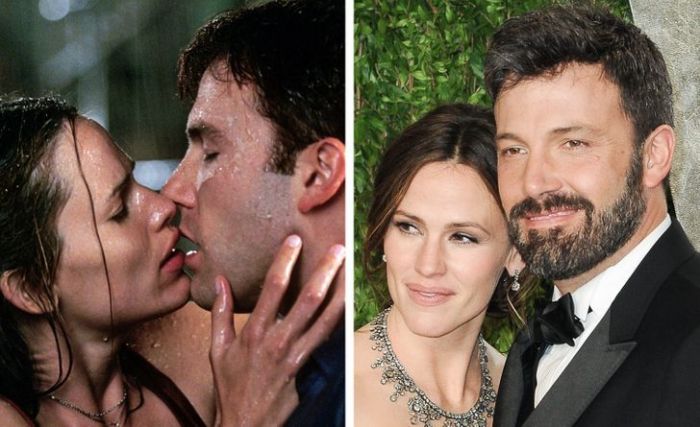 Dunst and Plemons got engaged in 2017 and are now are proud parents of one child.

The beautiful couple met on the show Fargo where they co-starred, but it didn’t take them long to get close in real life. The couple is already engaged now and have a son and soon might even get married. 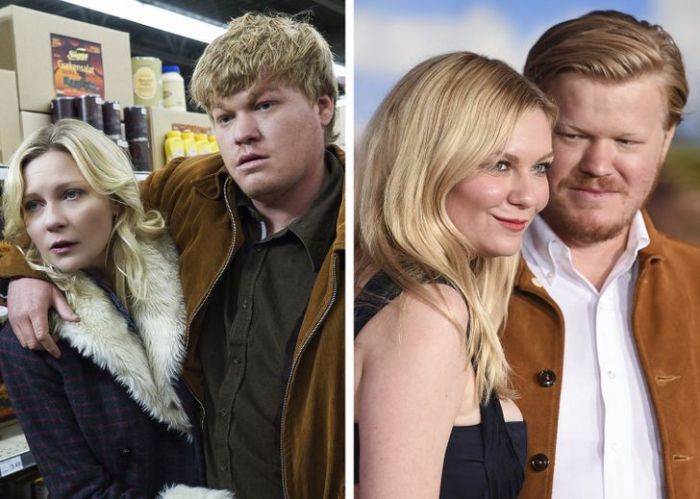 Goodwin and Dallas met on the set of Once Upon a Time in 2011 and fell in love at the first sight. Things went well for the showrunners, as Goodwin and Dallas were an item on the show, which allowed for working her first pregnancy into the storyline. 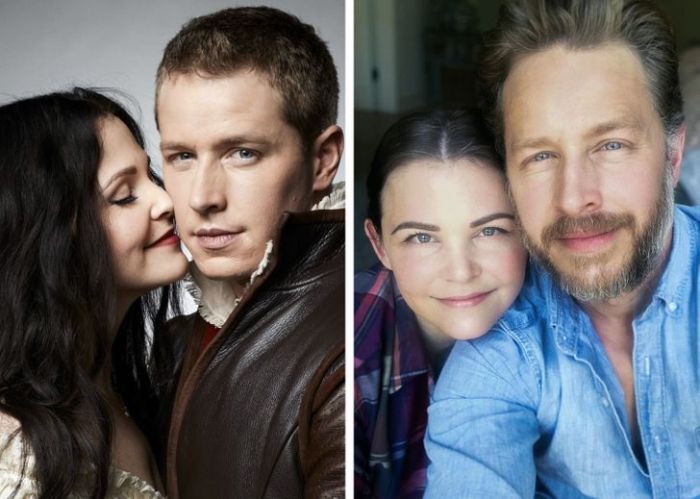 © Once Upon a Time / Disney–ABC Domestic Television, © joshdallas / Instagram

The 'it' couple was married for 11 years and have two children.

Tom Cruise and Nicole Kidman, who were the hottest couple of the 90s, got close while filming Days of Thunder in 1989 and got married the following year. It looked like the couple had plans to spend their entire lives with each other as they later adopted 2 kids: a daughter born in 1992 and a son born in 1995. They were the main couple in two more movies: Far and Away and Eyes Wide Shut. Unfortunately, the couple separated and announced their divorce in 2001. Nicole is now married to Keith Urban, while Tom is single after going through his second divorce with actress Katie Holmes. 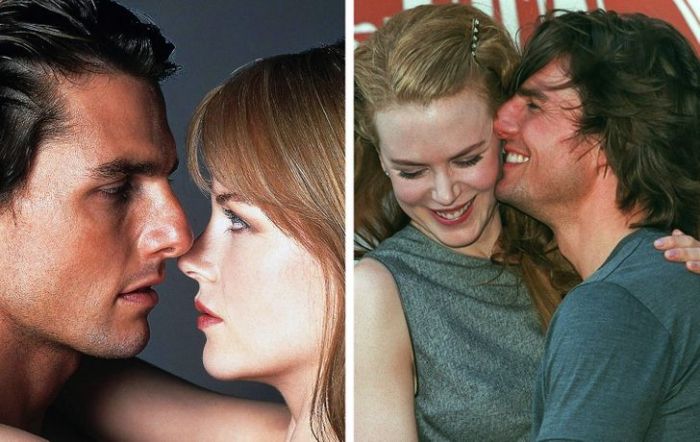 They got married in 2003 and have three kids together.

This couple first laid eyes on each other on the set of A Beautiful Mind in 2001 and instantly followed their hearts. They moved pretty fast, got married just 2 years later, and had 2 kids together, The couple is also raising Jennifer’s first son from her first marriage. 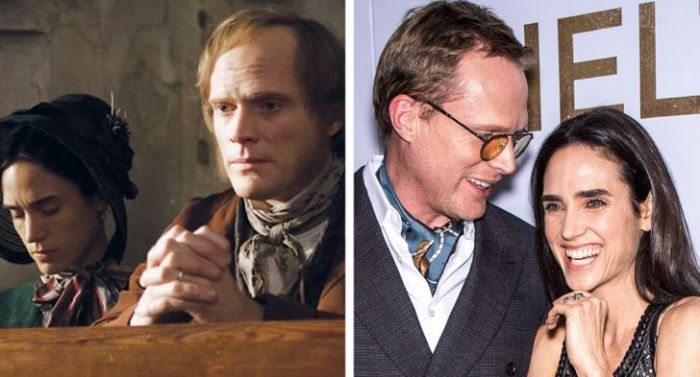