Homeless Detroit Man Bought An Abandoned House For $1,500 And Spent 10 Years Renovating It For His Wife

Posted by Sama in Feel Good On 29th October 2020
ADVERTISEMENT

This man's story proves that with hard work, persistence, and wise investment one achieves their goals and dreams. Michael Gray is a man from Detroit who received cash from a settlement after he was struck by a car while out riding his bike in 2008. Th man used the money to buy a small property and then spent the next 10 years of his life transforming the property into a house for his wife Cynthia.

Fairytale love stories do exist. This homeless man from Detroit managed to purchase a house for only $1500 and spent 10 years of his life renovating it for his wife.

As reported in Business Insider, 67-year-old Michael Gray purchased the four-bedroom abandoned property from his nephew back in 2009. 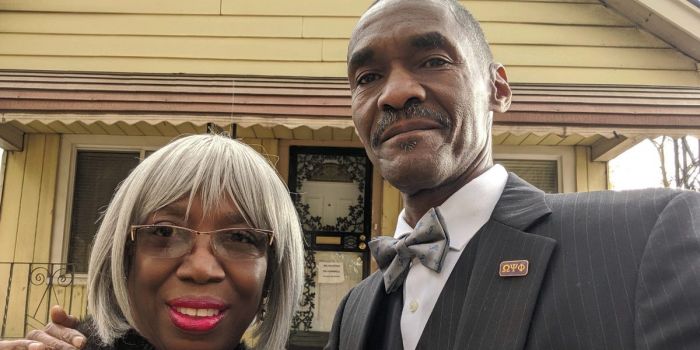 At that time Gray who is a college graduate and now works as a machinist was struggling to find a job in Michigan and had to settle in his niece's basement for the time being.

The only money the man had to his name was the cash he'd received from a settlement after he was struck by a car while out riding his bike in 2008.

Gray used this money wisely and purchased his nephew's house from it. He bought the property and then spent the next decade of his life renovating the house so that he and his wife Cynthia would have a nice place to live in.

He told Business Insider that when he first moved into the house, he had nothing but an air mattress to sleep on. The house was infested with vermin, such as mice and insects, and was without even a working toilet. 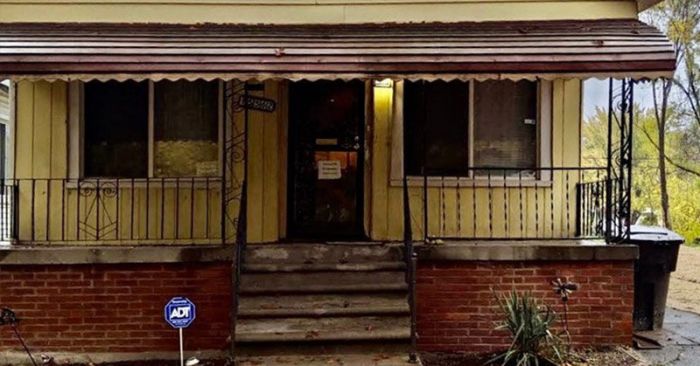 He started working on the property from scratch and ripped everything out and started anew, performing approximately 80% of the work himself, including the flooring and painting.

The hardworking man learned everything he needs to know to build his house when he eventually found work as an administrative assistant for a construction-management company in Michigan. 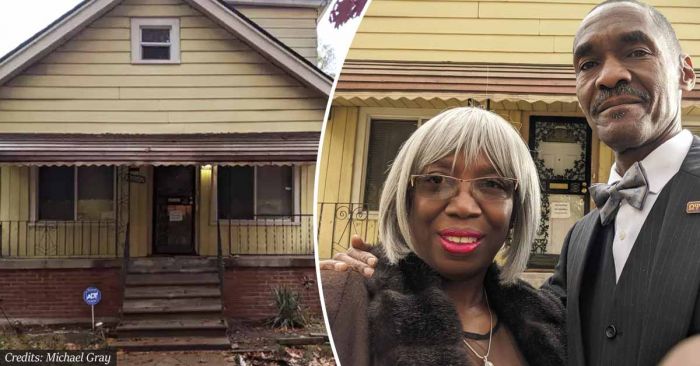 When things got tough and there was something he couldn't do alone he used to recruit his friends to assist him in the task and they helped install the drywall, the electrical box, a new furnace, a hot-water tank, and central air.

According to a report by WXYZ Detroit, Gray might have made an extremely savvy investment, with real estate listings in Detroit currently booming as a result of the COVID pandemic. WXYZ reports that seeing multiple offers and home showings in the Detroit area have risen by 6%.

"A homeless Detroit man [Michael Gray] bought an abandoned house for $1,500 and spent 10 years renovating it for his wife [Cynthia Gray]. Here's how he did it — and what it looks like now" https://t.co/EinS4UJAl9