Posted by Sumaiya Ghani in News On 13th October 2020
ADVERTISEMENT

The footage was recorded by one of the panicked drivers who also called 911. The woman, 20, told that the white man started aggressively following her after she cut him off accidentally. “I immediately felt scared and tried to put my window up, but it was too late he punched my window. And when I turned toward him, he repeated to punch me yelling racial slurs.” 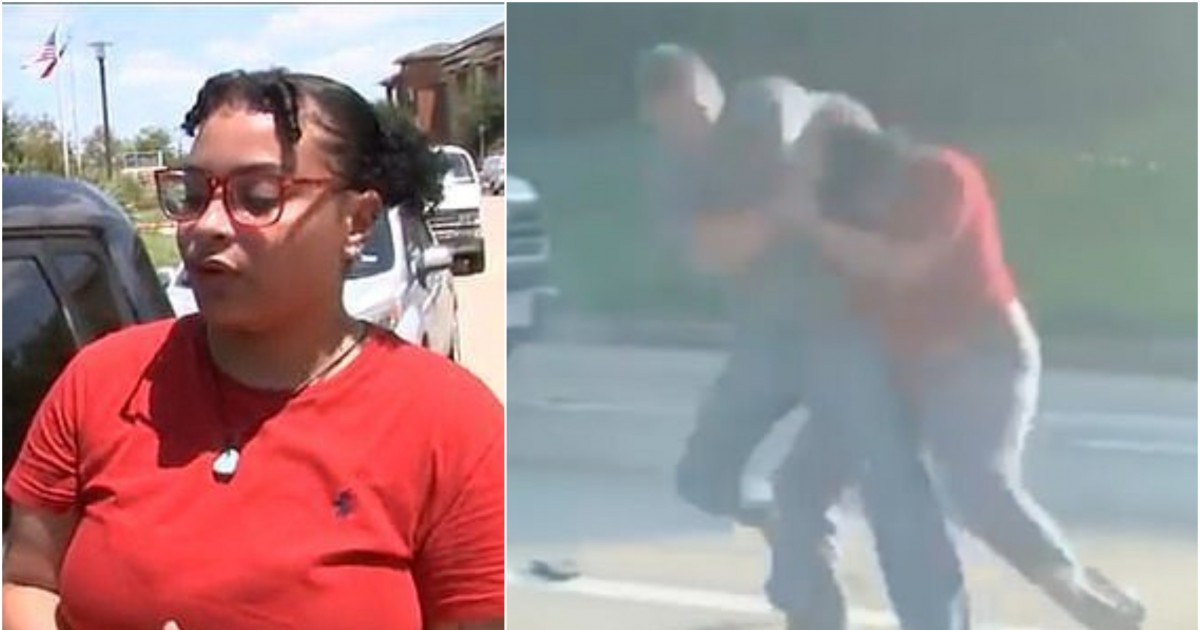 The horrible fight began when the woman, Analisse Quintana, got out of her car and took a swing at the man before an all-out brawl erupts.

The shocking scene panicked the other drivers, one of them quickly made a video while calling 911. 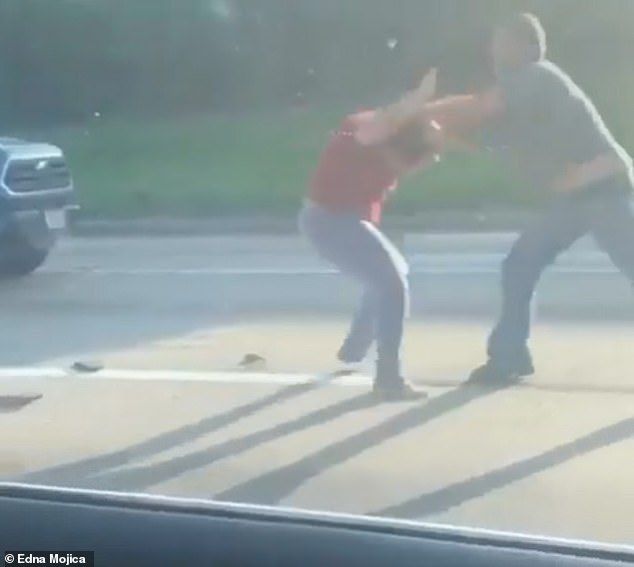 In the video, it was seen the two drivers angrily grabbing each other in a violent struggle. After the man finally backed off, the young woman Quintana walked back to her car.

There was another video recorded by some witness which shows the violent man dragging Quintana to the ground by the neck of her t-shirt.

The police have taken action after seeing the footage, they have launched an investigation in search of the man. 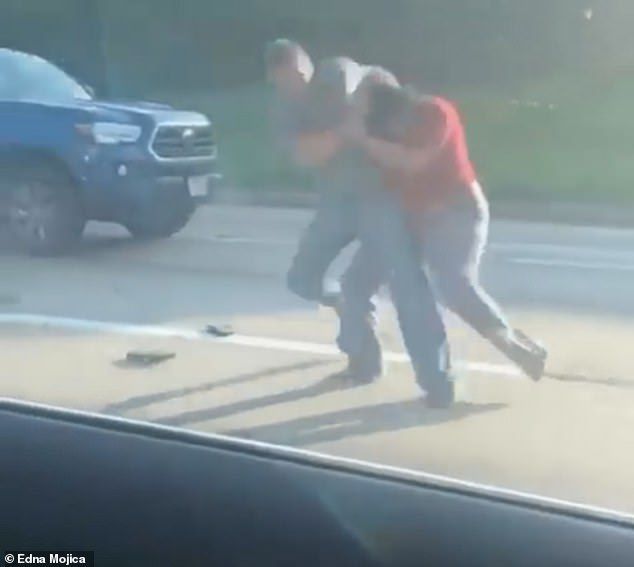 People that saw the entire fight told that there was a young boy around the age of 6 sitting in the front seat of the man's gray Ford pickup.

Quintana told the police that the man stalked her car in anger after she accidentally cut him off in traffic.

“I was driving off the feeder road (Beltway 8), and I was switching lanes. Upon me doing so, I accidentally cut off a man who I noticed started driving aggressively after me.”

The man kept stalking her for five minutes until they came to a stoplight, where the man began his tirade.

“He stopped beside me at the light and started yelling at me outside the window. I kept putting my hand up so he can leave me alone.” 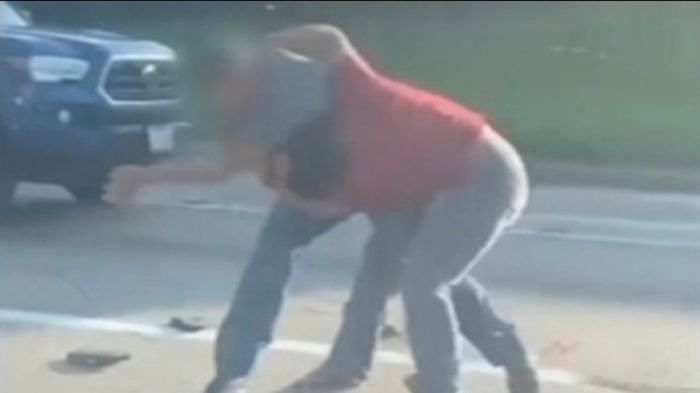 “I immediately felt scared and tried to put my window up, but it was too late he punched my window. And when I turned toward him, he repeated to punch me yelling racial slurs.”

Quintana decided to get out of her car and defend herself.

“I knew then I should have stayed in the car, but my immediate reaction was to defend myself.”

“I have a lot of mixed feelings of hurt and disappointment with our society today.”

“People were looking at this man repeatedly punching me, choking me and dragging, and no one helped.” “I did try to defend myself, but I should have made a better decision and stayed in the car.

“You get upset—okay, great. But to physically assault, especially a grown man to assault a woman, I just haven’t really grasped the concept.”

Thankfully, she has sustained minor injuries.

“I have some scratches on my arm here. I also had glass in my big toe.”