This scary incident happened in Nonthaburi, central Thailand where a huge python attacked a teenager's penis while he was busy doing his business on the loo. The terrified kid had to slam the toilet door many times so that the snake let go of him. Luckily, he was treated at the hospital on time and only had to get only a few stitches and no real damage was done. 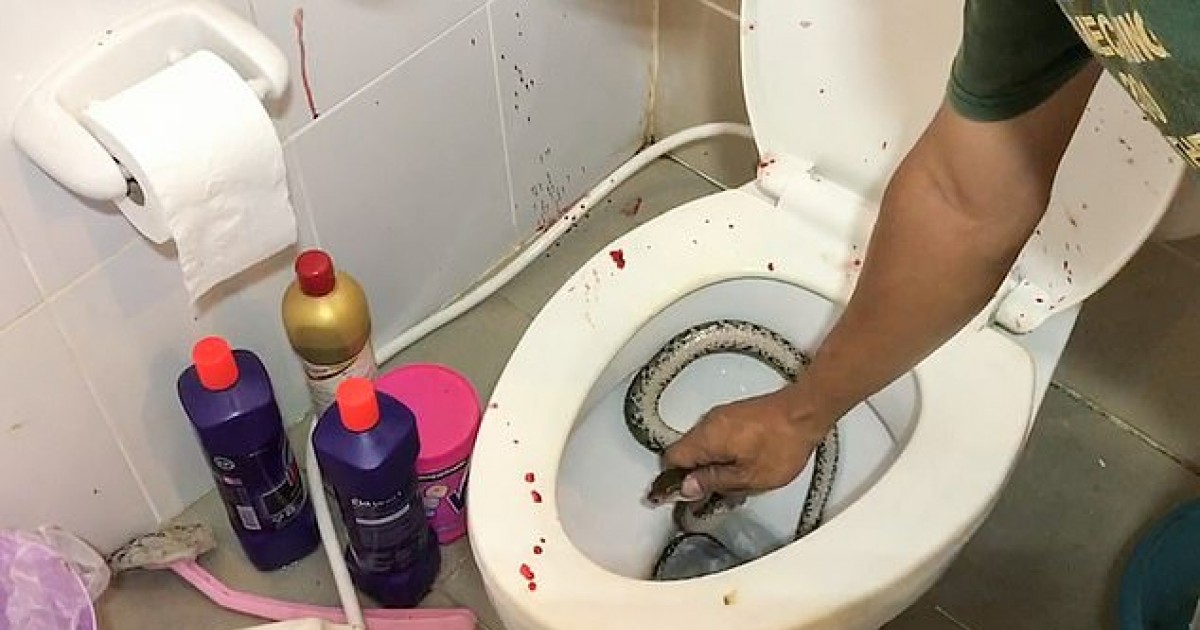