Last month, a wave of terror spread all over the UK as the Police received calls from the public revealing that people were receiving shocking letters anonymously, all of which encouraged unspeakable Islamophobic crimes against Muslims, promising "rewards" in return. Following the sick act, the Londoners hit out against these violent letters and took it upon themselves to make sure they don't let such disgusting crimes to happen and on 3rd April the UK public set out of their houses to ensure that the message of love is spread stronger than the cowardly message of hate and violence. 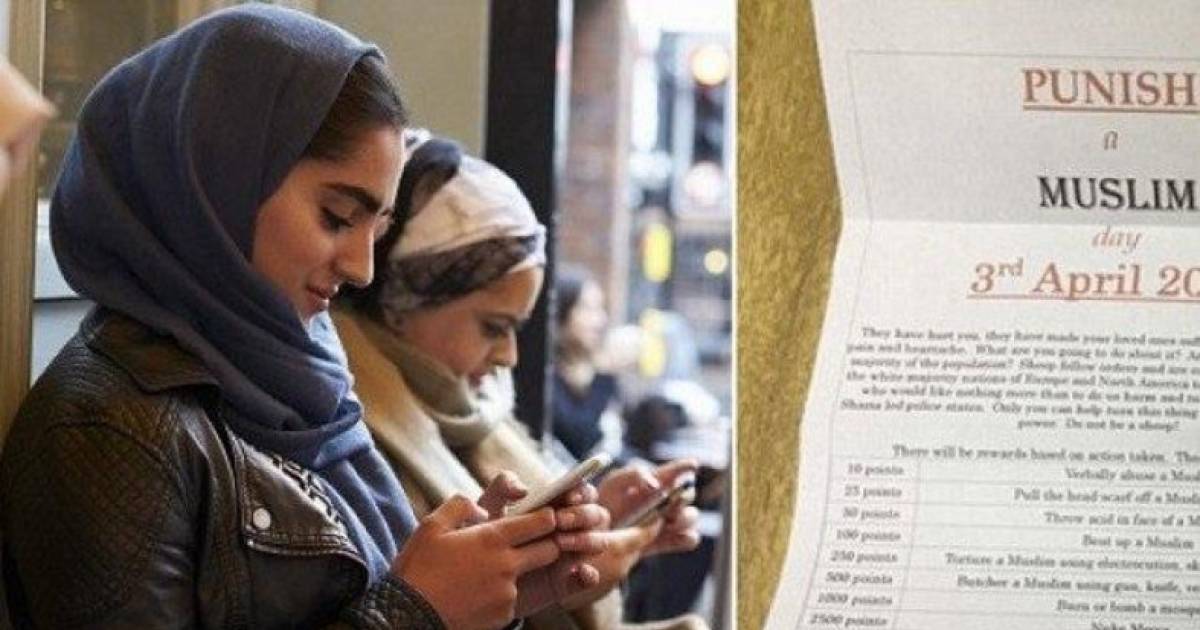 #1 "Punish a Muslim," A New Way Of Spreading Hate And Racism Among Public 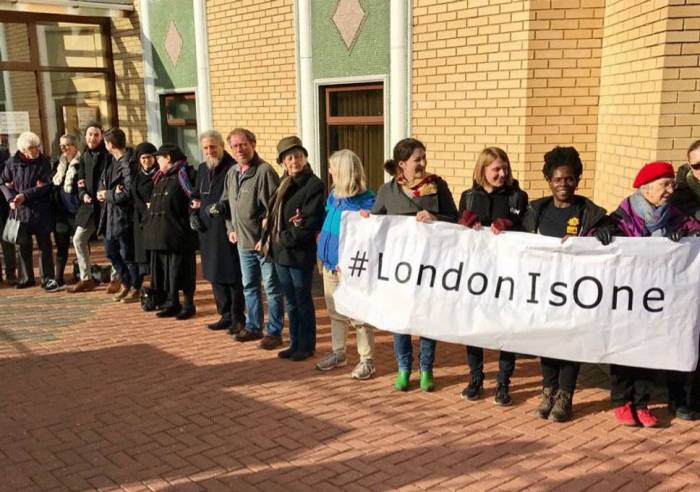 The letter boasted all sorts of horrible crimes against Muslims including burning down mosques, throwing acids and torturing them for extra points and "rewards."

Muslim women were warned by the officials to hide their scarves on a specific day and Muslims, in general, were by the Police to keep an eye out on their surroundings and take extra precaution, preferably stay at homes on the said day for safety purpose. 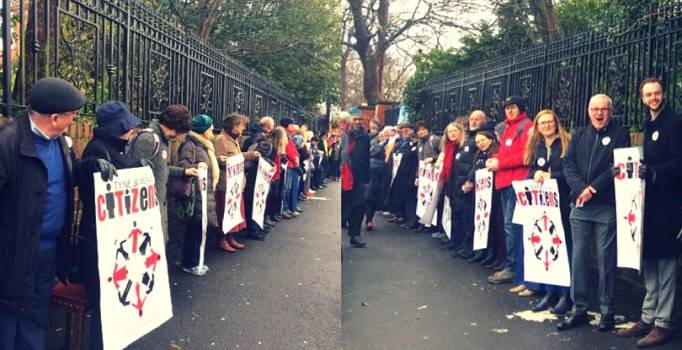 But it is said where there is hate, there is love and nothing in this world can beat the power of love. So in order to fight against these acts of racism and Islamophobia Londoners are standing in solidarity with their fellow Muslims. Tyne and Wear Citizens, the local branch of Citizens UK, say they are "spreading love, not hate" on "Punish a Muslim" day. 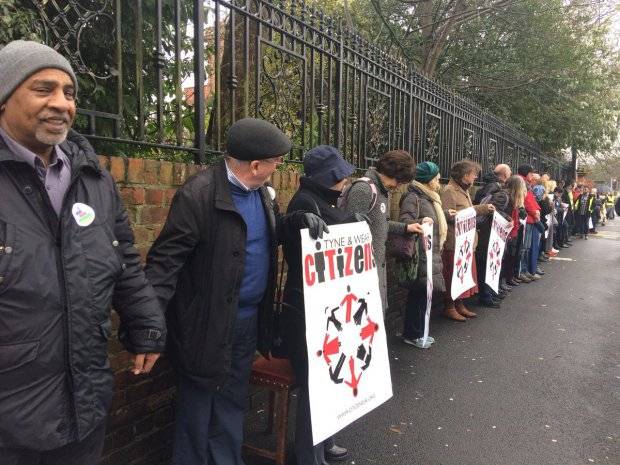 To show their love and support, 100s of members of Tyne and Wear citizens joined outside Newcastle Central Mosque and formed a human chain to protect the Muslims from any sort of evil act, thus setting an excellent example brotherhood and love which is the foundation of humanity. On Twitter, the group posted, "Spreading love not hate, building bridges not walls." 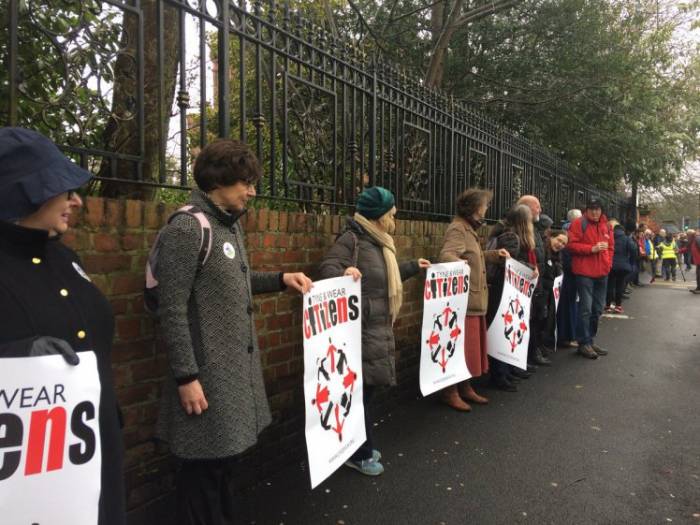 #5 Letters Of Love Sent Throughout The Country, Encouraging Londoners To Pass A Smile Towards Muslims

Matthew Guest, author and sociologist of religion at Durham University, was also part of the human chain outside the mosque. Mr Guest said, "Great to be part of human chain of solidarity stretching around Newcastle Central Mosque." 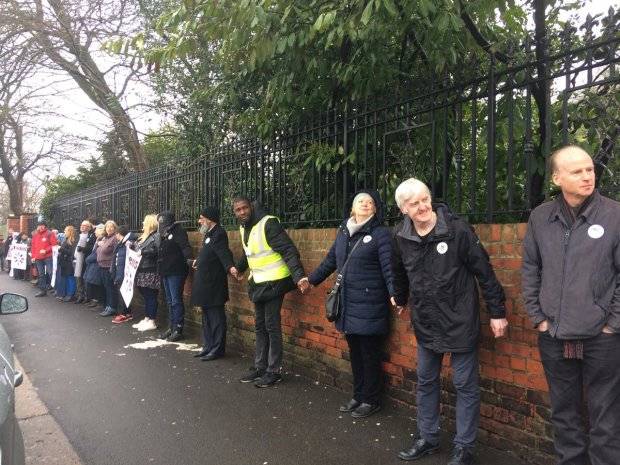 Including these, letters of spreading love were also sent throughout the country against the hateful letters. Setting up an example, the letters promised rewards for people who smiled at Muslims or give them a flower and 2500 points for the person who bought a Muslim family on a trip to Mecca.

#6 Where There Is Hate, There Is Love

People forming a human chain around the mosque also held banners carrying messages of peace, love and acceptance. By the end of the day, it was reported that two reports of hate crime have been reported. Thanks to all the UK citizens who stepped out just in time to fight against hate and racism and their actions of solidarity and love have not only stopped from any sort of tragic accident from happening but has also shown all these haters that their efforts of creating chaos and hate among people is definitely not going to work. 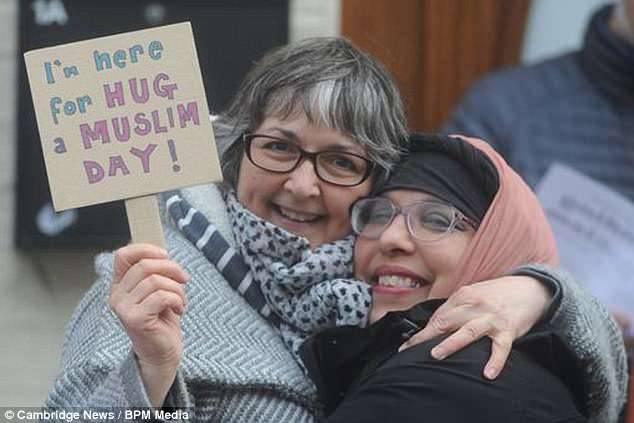