Posted by Abdul Rafay in Amazing On 6th April 2021
ADVERTISEMENT

Tess Gridley, a scientist, made the frightening discovery while walking with her family on Muizenberg Beach in Cape Town, South Africa. The strange-looking creatures have now been described as deadly evil-eye pufferfish, and locals have been warned to stay away. 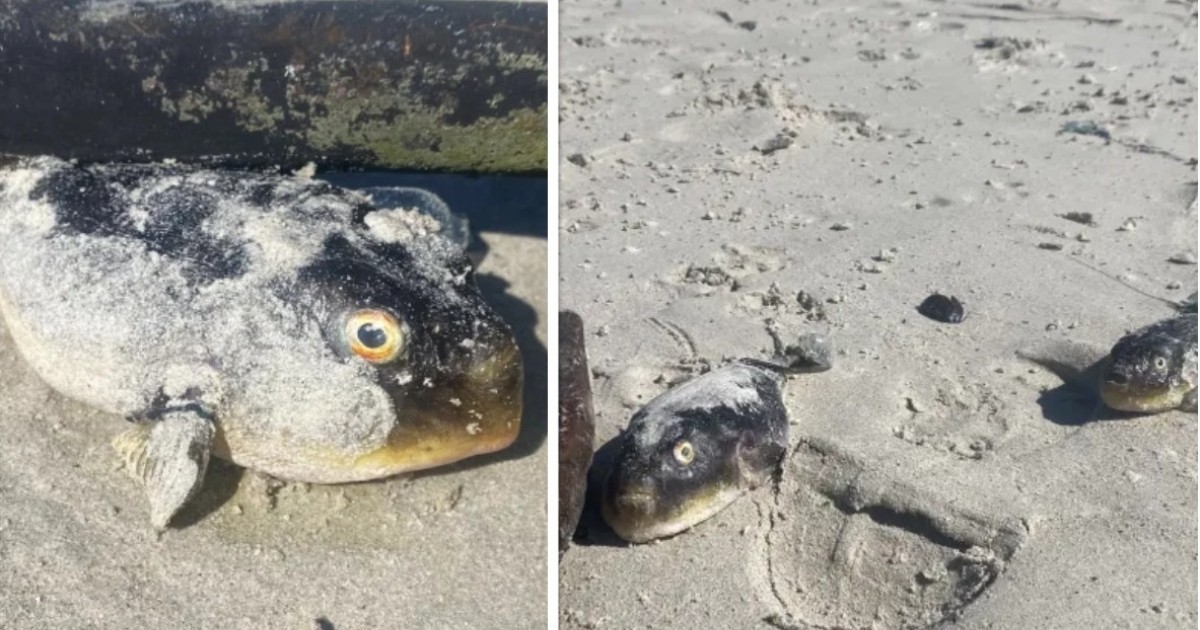 Dr. Gridley, who migrated to Africa more than a decade ago from Sheffield, claimed that hundreds of people had been stranded on the sands.

"The beach is 200 meters from our house and we were on a family walk," she said.

"I can't say how many were there as I only looked in a small area - I was with my kids and dog, and prepping for fieldwork so it was a short visit. 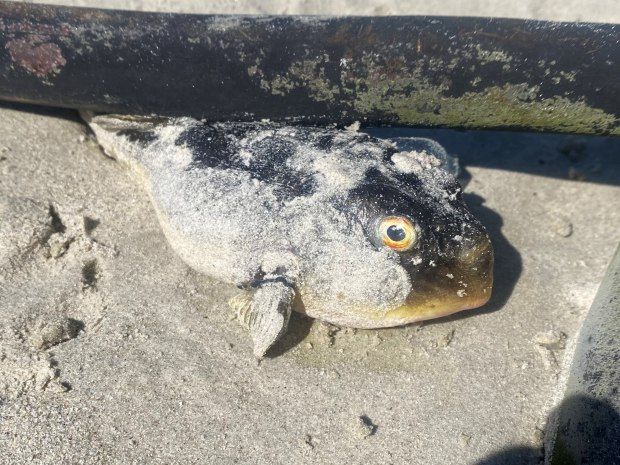 "But if you did count it would have exceeded hundreds."

The Department of Environment, Forestry, and Fisheries in South Africa said the species bore a lethal neurotoxin known as tetrodotoxin.

It's a toxin that's more deadly than cyanide and induces death by paralyzing the diaphragm, resulting in respiratory failure. 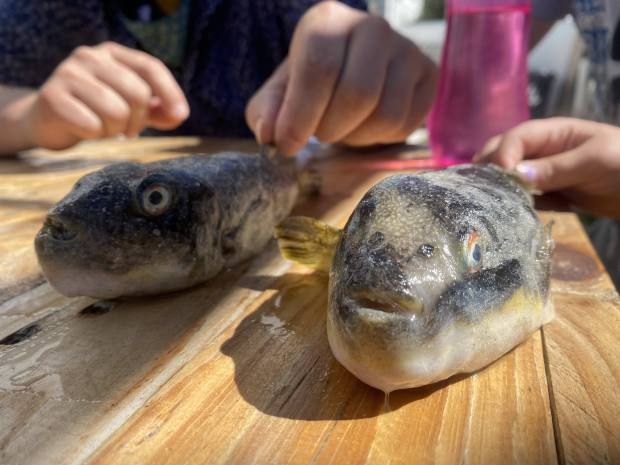 The ministry's statement read: "The fish mortalities in False Bay are exclusive of the evil-eye pufferfish with counts of 300 to 400 dead fish per km of shore.

"These dead fish all carry the deadly neurotoxin tetrodotoxin and should not be eaten; death comes usually by cardiac arrest.

"Beach dog walkers are strongly advised to keep their pets away from them. 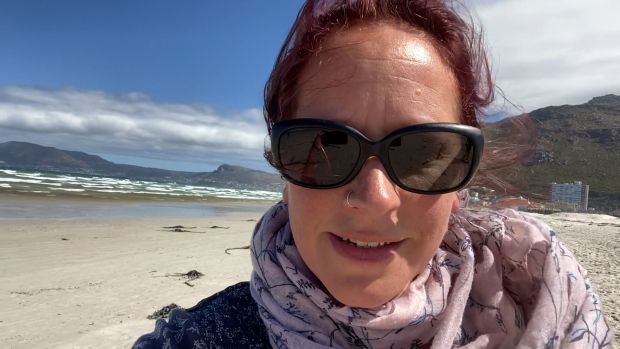 "If one's dog does eat whole or part of a pufferfish, immediately induce vomiting and rush your pet to the vet."

According to the AfriOceans Conservation Alliance, a local NGO, one pet has already died as a result of the mass stranding.

In the meantime, the cause of the incident is unknown. 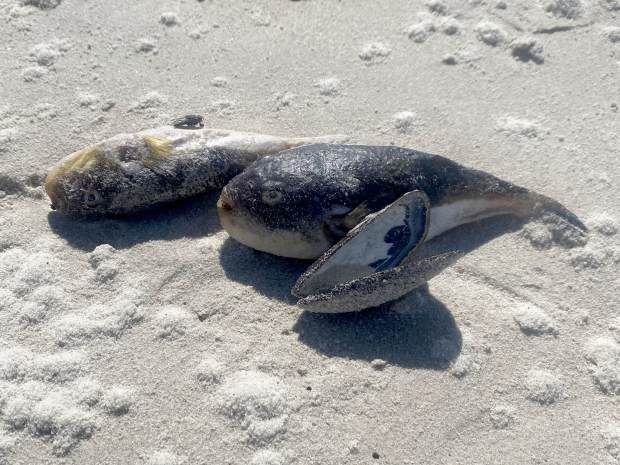 Red tides, an algal bloom that changes the color of the water and releases natural toxins, have previously triggered mass strandings.

"There are no reports of any harmful water conditions or red-tide contaminants that could have caused this," the ministry statement says.

It's also likely that the fish were blown to shore after puffing up during a mass courtship or as a reaction to large waves.

In either case, Dr. Gridley, who works for the Sea Search organization and studies marine life, claims the public has a role to play in future strandings. 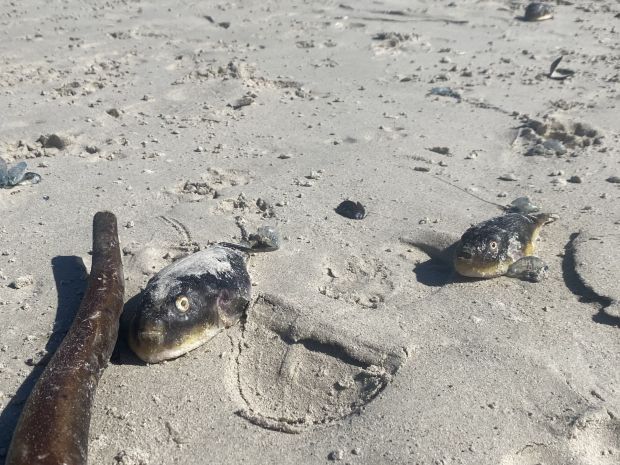 "Keep a lookout and report what you see," the mum-of-two said.

"Don't be alarmed, these events happen from time to time in natural systems.

"There is now an important role for citizen scientists in reporting these events through social media. We are learning a lot more about the marine environment these days from such reports.

"If possible, collect photos and videos which can then help to identify species, and offer interesting insights into what's living in our oceans." 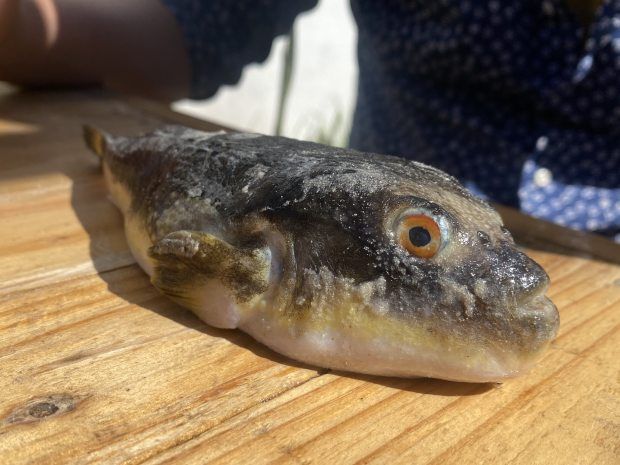