Posted by in Relationships On 26th September 2021
ADVERTISEMENT

Woman posts on Reddit asking if she was wrong when she revealed to her in-laws where her husband truly was while she was giving birth. Embarrassingly enough, he was watching a game. 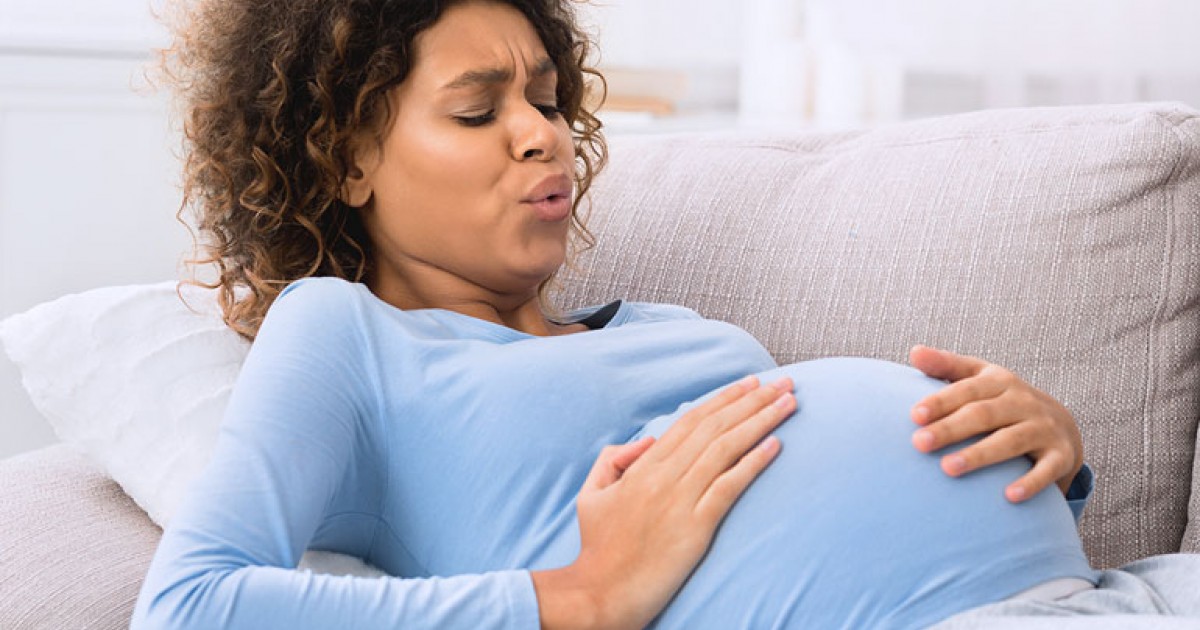 Posting using a throwaway on the popular subreddit r/AmITheA**hole, this reddit user asked the community whether she was wrong for calling out her husband.

In an infuriating series of events, she shares the details of the day of birth of her newborn child and her husband’s behavior throughout her pregnancy.

As anyone knows, pregnancy is no joke and takes a toll on the body. That and the stress of everyday life mean that it is completely normal to rely on the support and help of your partner. OP, unfortunately, could not really rely on hers.

“I gave birth to my son 10 weeks ago. I went through exhausting period while I was nearing my due date. I was experiencing discomfort and wanted my husband by my side when I go into labor but he'd go out every night to hang out at his friend's place and watch football games. I suggested that he play/watch games at home just in case but he was having none of it and said he had to attend game night at his brother& friend's place along with his buddies. He said they had certain... How can i describe it? "rituals?" when watching a game and he can't enjoy doing it at home or anywhere else.” 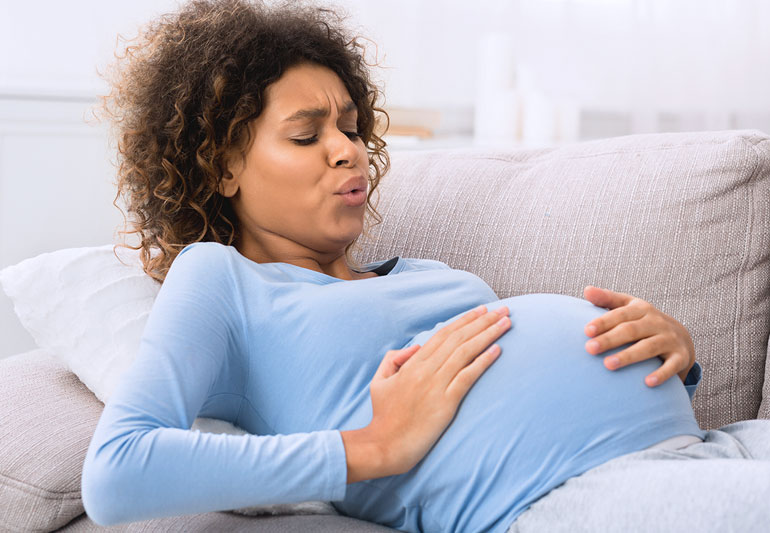 While this absence may not have been entirely noticeable during her pregnancy, things came to a head when her water broke and she pleaded for her husband to come back and take her to the hospital.

“The night of our son's birth my water broke while my husband was at his buddies place watching a game. I called him and told him to get home and take me to the hospital he said he was coming but he didn't. I ended up calling my sister (she lives nearby) and she took me to the hospital. My husband showed up 2hrs later after he kept calling asking if I was still in labor and that he was almost done watching the game.” 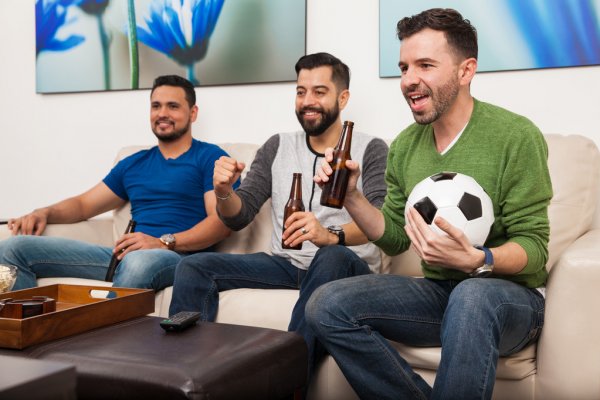 Luckily, even with his lax attitude, he was still able to make it in time. While he apologised, OP understandably was infuriated.

That however was just the beginning of the conflict. When the couple got a chance to bring the baby home and settle in, her husband had the audacity to pretend he had been there the whole time.

“Last night I was at my in-law's house for dinner and we were talking about my son's birth date. My husband suddenly started "recalling" what happened that night and basically started lying about driving me to the hospital, waiting and feeling stressed out and standing on his feet for so long without food or even water. I was confused I said no! none of this was true, none of this happened in fact, he was watching a game when I went into labour and I wanted him to drive me to the hospital but didn't show up till 2 hours later.”

Luckily, her mother in law was the sort to not let her son get away with such behaviour. 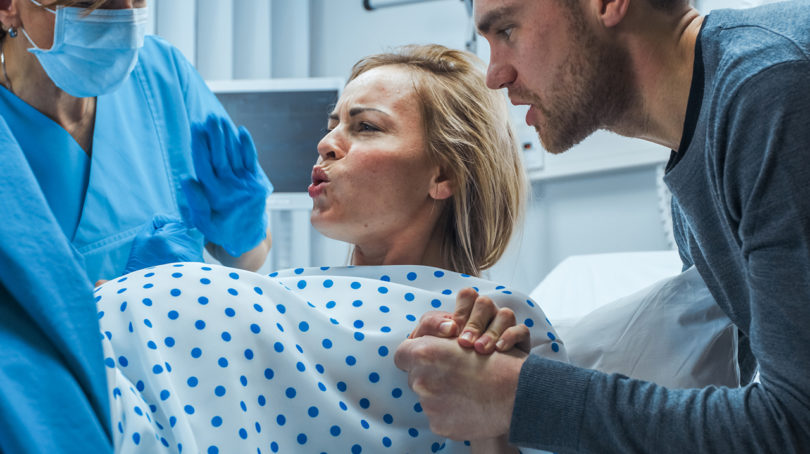 “My mother in law who takes no shit from anybody and whom everyone fears lost it on him yelling asking him if that was true and he kept quiet. she started berating him left and right telling him to sit down and shut up when he stood up to argue then told him to stand up when he was sitting arguing. Everyone was laughing at how she basically treated him as if he was a boy in trouble. She kept saying "Shame shame shame! on you, this is not how I raised my children to treat their wives, Jordan you are a disgrace and I'm disappointed because of what I heard about you".”

Later, however OP’s husband was mad at her for complaining about him and OP wondered if she had gone too far.

As you would imagine, people were overwhelmingly in favour of OP.

In fact, they weren't even buying what OP's husband was selling.

"I think he was about an hour or 2 away with a sidepiece. He called repeatedly while driving home. He had to cover for being so far away so he said he was going to finish the game."

They also added that he simply made things worse by blatantly lying and deserved to be called out.

"NTA lying about what he did in public undoes all of the apologizing he did in private. He is not taking full responsibility for his actions."

People were also concerned by how easily her husband seemed to just lie about things.

"NTA and aside from the disrespect and neglect while you were in labour, I'd be extremely worried about what else he's lying about. He felt comfortable lying right to his own mother's face. What has he been lying to you about?"

"NTA. If he didn’t want to look like a bad husband he shouldn’t have been a bad husband. Go MIL for not taking any shit from him. You’re never too old to be yelled at by mommy if you’re being a dick. I hope she made him sit and face the wall for 20 minutes to think about his actions."

This user summed it up well.

I’m concerned for you, OP. Your husband’s lies when he was “recalling” your labor weren’t tales about your awesomeness as you struggled through physical pain to build back some goodwill or the miracle of watching life come into the world, he made himself the hero of the lie with his fiction-telling about standing on his feet and going without food and water.

It’s all about him.

And when he’s shirking his responsibilities and mommy has to ream his ass, you’re in for a whole future of him taking it out on you when you ask him to do the right thing and he doesn’t. Postpartum with a baby, you’re vulnerable.

Please let your family and friends know quietly you may need some help. Keep a line of communication open with his mother too.

(Edit: spelling and I probably missed some words)"