Posted by Sama in News On 7th August 2020
ADVERTISEMENT

Not all heroes wear capes. This woman is hailed a 'hero' by social media for her tremendous bravery shown at the time of the blast and saving her employer's child from the blast that shook the entire city of Beirut in a matter of just few seconds. 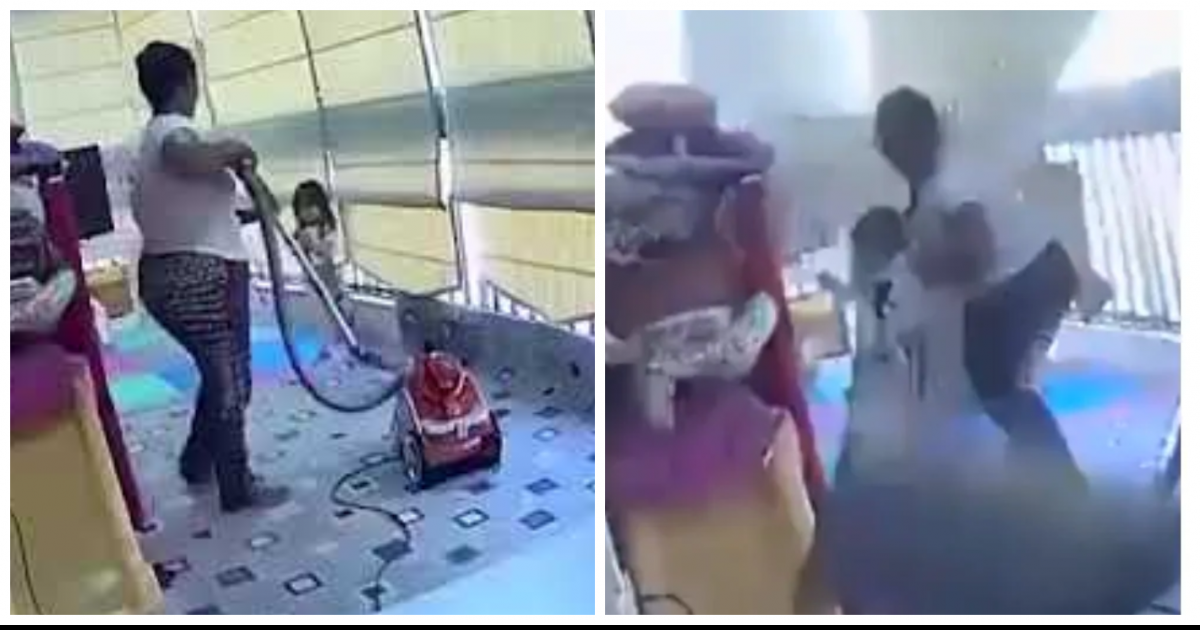 2020 is proving to be a disastrous year ever written in history. This year marked its beginning with the pandemic, the aftermath of which we are still struggling with. Not only this but this year marks the deaths of hundreds and thousands of people. As if this was not enough, another scary disaster happened last week in Beirut, the capital of Lebanon.

A massive explosion happened near the port in Beirut that left the whole city shaken and left the world shook with its aftermath. The pictures and videos now making their way to the social media bear the story of pain and shock.

Heroic effort by this maid. That's what humanity gives us. #Beirut #PrayForBeriut pic.twitter.com/tksTbBw1Pw

With many videos circulating on social media, this one footage has inspired the world for its bravery.

This woman who has been hailed a "hero" by social media users is a domestic worker who rushed to save her employer's child as shockwaves from the blast tore through an apartment building.

Heroic effort by this maid. That's what humanity gives us. #Beirut #PrayForBeriut pic.twitter.com/tksTbBw1Pw

As reported by the Daily Mail, the footage shows the maid vacuuming the carpet as the small child plays nearby. The camera can then be seen visibly shaking, as the pair are noticeably startled by the sound of the blast.

Then, the blast tears through the room, and without a moment of hesitation, the woman grabs the child and rushes her to safety.

The clip of the maid's quick-thinking heroism was widely shared across social media.

Twitter user QueenHils5 described the employee as "an angel sent from above".

THIS MAID IS AN ANGEL SENT FROM ABOVE😩🙏#BEIRUT, GOD PLEASE KEEP THEM SAFE🙏🙏 pic.twitter.com/FsMZs2TPV3

Other Twitter users hailed the maid as a "hero", with another social media user saying that she "responded like a mother" to the blast.

Everyone is sharing videos of today's deadly #BeirutBlast.

This is the exact moment a african maid risked her own life to save a little child, just as the explosion occurred.

Some referred to her as, just The Help, Maid, Housemaid, The Helper, but she responded like a Mother and protected this child while conducting her chores in Beirut, Lebanon. The house camera recorded what happened before, during, & after the explosion. @audreyblake55 @djmillerJA pic.twitter.com/douUyCGSEi