In A Bizarre Challenge, Men Are Now Dipping Their Balls Into Soy Sauce After Learning Testicles Have Taste Receptors

Posted by Sama in Bizarre On 31st October 2020
ADVERTISEMENT

In a bizarre and definitely cringe challenge, men on tik tok are now testing the theory that testicles have taste receptors, and for this, they went as far as dipping their balls in the soy sauce to experience the taste. 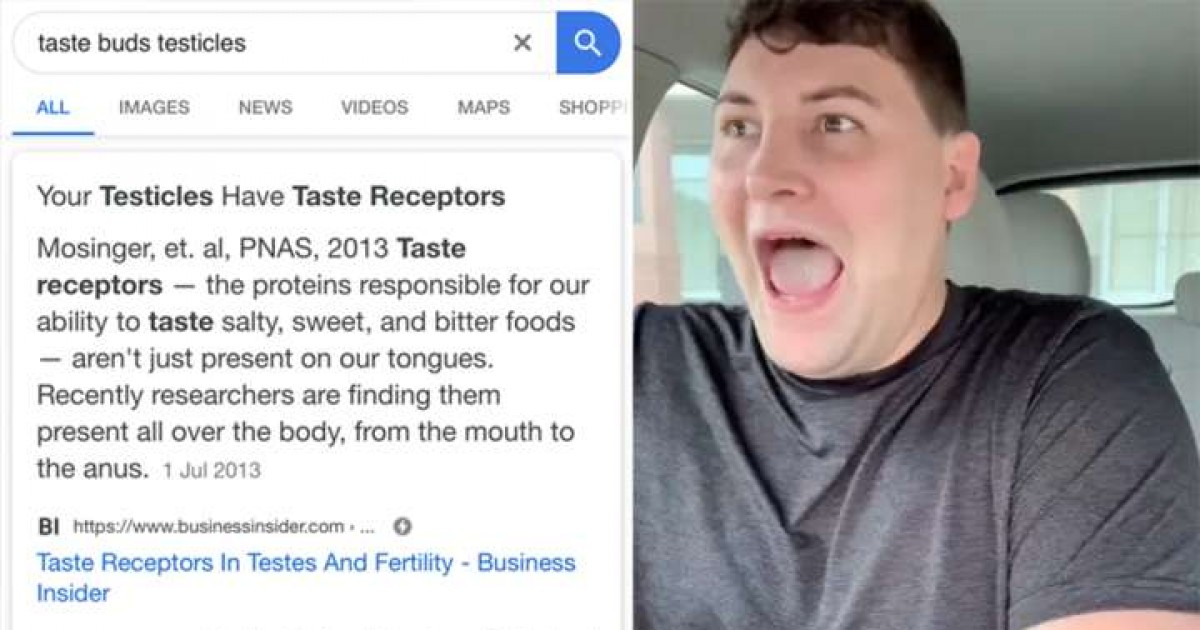 A bizarre tik tok challenge has now got men dipping their balls in soy sauce to check if they can taste it.

The crazy challenge is based on the misinterpretation of a 2013 study in the scientific journal PNAS.  According to the study, male testicles have taste receptors. So this tik tok user, challenged all social media users to test the theory to confirm whether it is true or not. 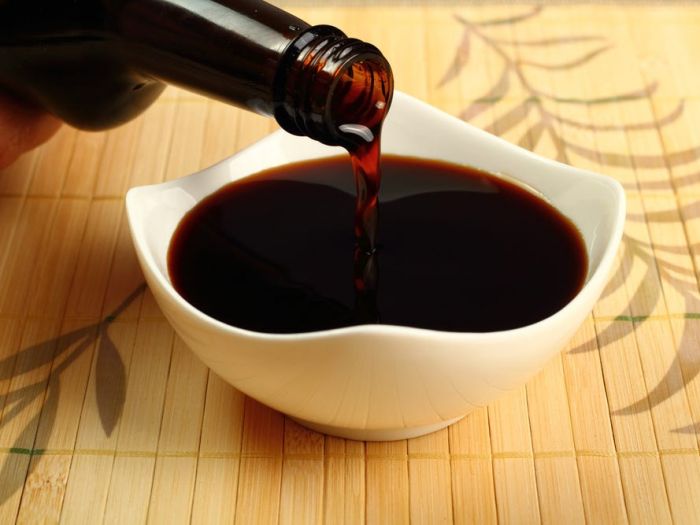 I wish I was kidding. I wish I was. I’m not. If you have testicles, please dip your balls in something. It’s for science, and I must know. 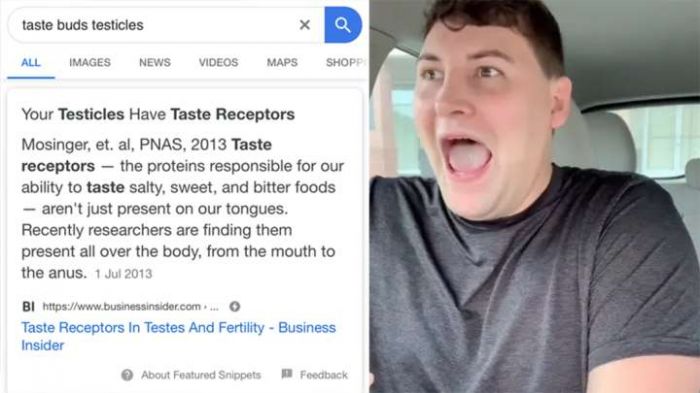 One tik tok user Alx James decided to put the challenge to test.

In his video, he explains he was inspired by a study that claims ‘balls and anus can detect the amino acids inside soy sauce.’

But I’m not gonna put it on my anus. I’m gonna let my little boys just try it out. I’m literally feeding my twins.

The social media user with the takeout grub applied some soy sauce on his testicles before laughing crazily.

Oh my God, I can taste the salt! That’s ridiculous. 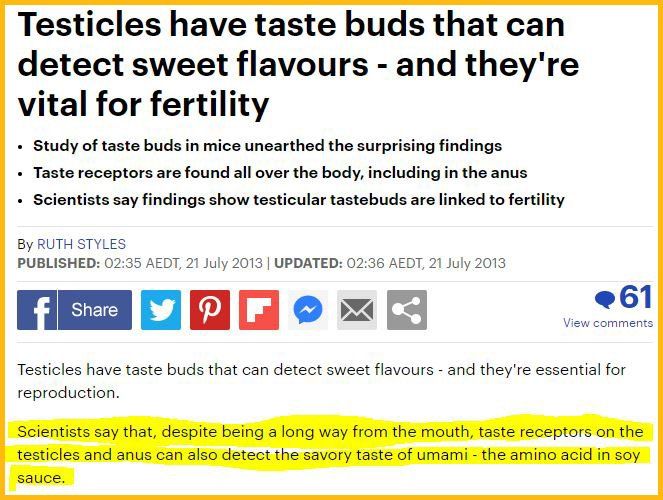 Alx's video worked well for him as it garnered views in millions and over 10,000 comments from the peanut gallery.

When I was younger, I thought in 2020 we’d have flying cars but no. It’s just guys dipping their junk in soy sauce.

I wish I had balls so I could try this.

Apparently, Alx was not the only man to try this cringe challenge.

Another user, Matthew Lush, also claims to taste something in his video.

Everyone is saying you can taste soy sauce with your balls, so I’m gonna try it and see if I can f**king taste this.

This better not ruin my Calvin Kleins I swear to God.

After applying the soy sauce, Matthew tarts to sense something but it is difficult for him to put his experience in words.

After this bizarre challenge made it to social media, psychiatrist Dr. Kieran Kennedy made it clear that there’s no evidence ‘to back up any claims that men can actually taste things through their balls.’

However, he does have an explanation for the salt that the guys thought they were tasting.

When you think about it, even if you imagine or anticipate tasting something salty (like chips) or sour (a lemon), then you’ll notice your mouth water.

These guys are probably getting a big whiff of soy sauce as they ‘prepare.’ This likely explains any ‘taste’ experience.