Posted by Annie N. in Parenting On 24th July 2021
advertisement

This mother shared her experience of schools rejecting her son from admission because of his cultural long afro hair. 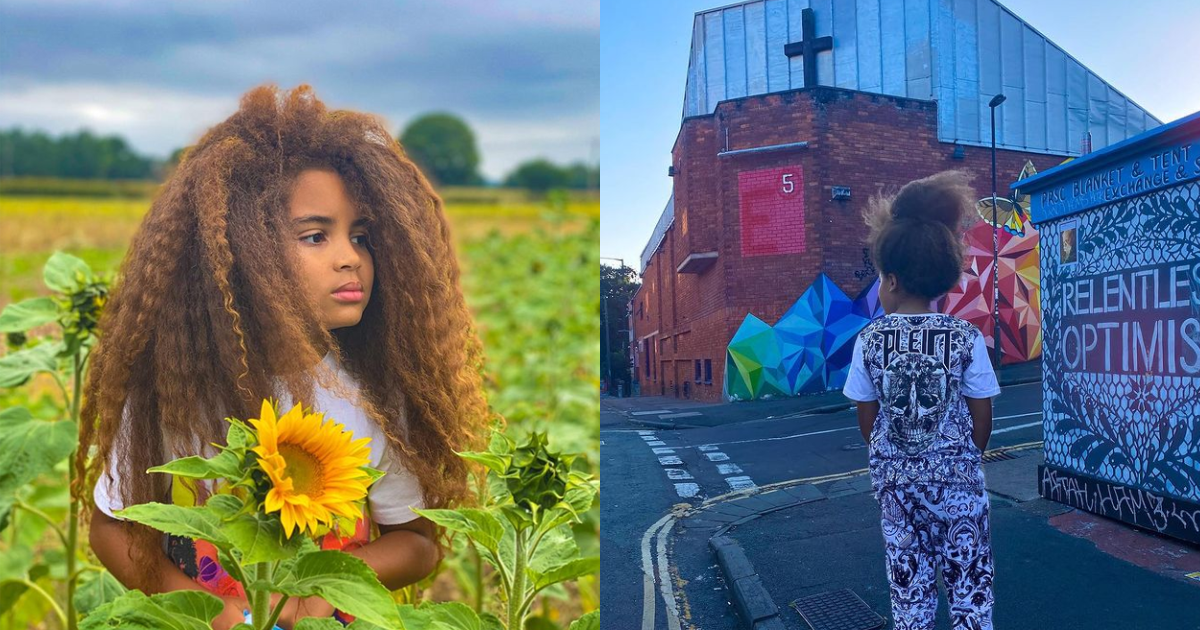 Farouk James has 269k followers on Instagram, most of which are superfans of his unique long brown and black hair. A unique feature that is of cultural significance to him and his family, the nine-year-old loves his long locks.

His mother, who runs the account shared her experience of trying to get James admitted into good schools. Of Ghanaian origin, she originally didn’t cut his hair until the age of three due to a cultural choice.

After that Farouk loved his hair so much he refused to part with it.

Up until now, James had been celebrated for his unique look but now that time came for secondary school they’ve hit a roadblock.

Their first choice the Fulham Boys School in London has the following policy, “Hairstyles should be tidy and of a conventional nature, no extreme haircuts including sculpting, shaving, dreadlocks, or braiding are allowed. The maximum hair length is above the collar and the minimum hair length is a number 2 cut… Parents are strongly advised to seek advice on the acceptability of hairstyles that may be considered ‘different’ before allowing their son to adopt such a style. The school reserves the right to insist on re-styling if it considers the style inappropriate.”

James’ mother says that these policies are both sexist and racist in nature.

In an interview, she said, “It’s a racial issue. We all know what kind of boys would have dreadlocks and braids. Generally, it’s black boys or mixed boys. We’re not talking about Caucasian children here… it’s very unlikely.”

She has since started a petition against discriminatory policies that hinder cultural expression.

“I believe it is teaching our children sexism from a very young age. When you teach the young this unequal behaviour is acceptable today, you prevent a more tolerant world for tomorrow.”

“Would you agree that your daughters should be made to wear skirts to school if they are not comfortable in doing so? I think It would be unfair and can be compared to women having to wear heels in the workplace, in addition to them being paid less than men?”

These hair policies however go the other way as well with Miller’s older son getting into trouble having hair that is too short.

“His hair was cut too short and he got in trouble three times and nearly excluded from school for having it too short, to the point where I actually went to the shoe shop and bought some boot polish.”

Her online petition now has 7,500 signatures.

She also states that her current school is very understanding and that they require his hair to be kept tied back. She is also working with Farouk to mentally prepare him if they need to eventually opt for a cut.

“I have tried to prepare and persuade him that one day for the sake of his education we might need to cut it all off. I thought he would come around, but as the secondary school application process will start in 2 years his passion for keeping his hair has even intensified and he is terrified.”