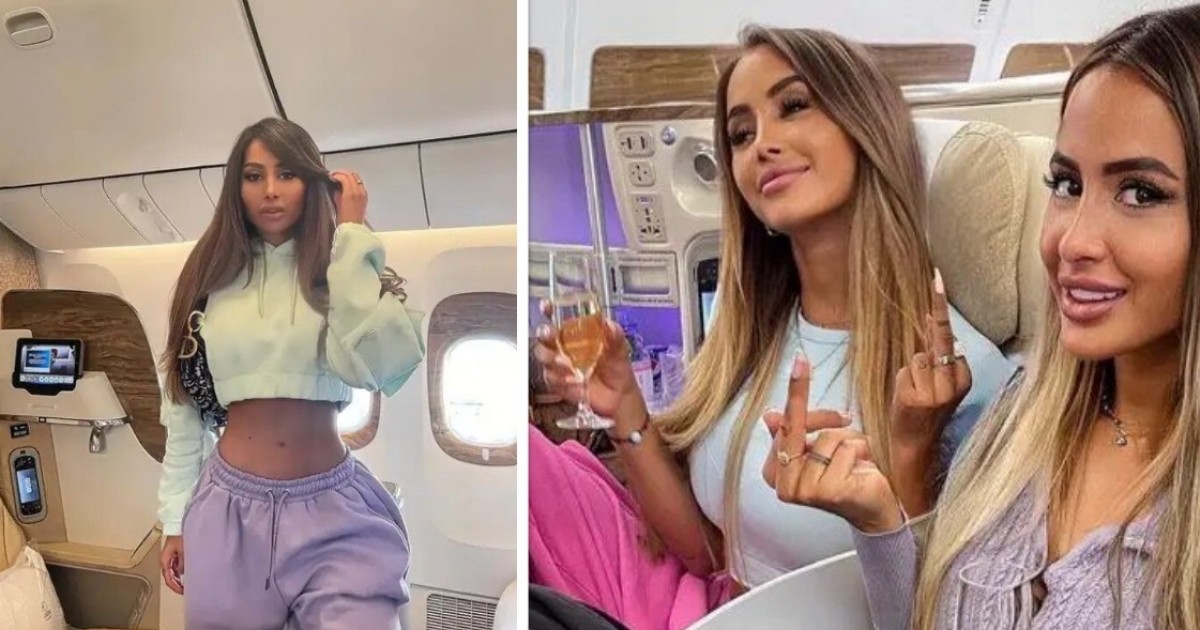 She posted a snapshot of herself posing next to the swanky chairs in a cropped sweater and trademark lilac tracksuit pants. 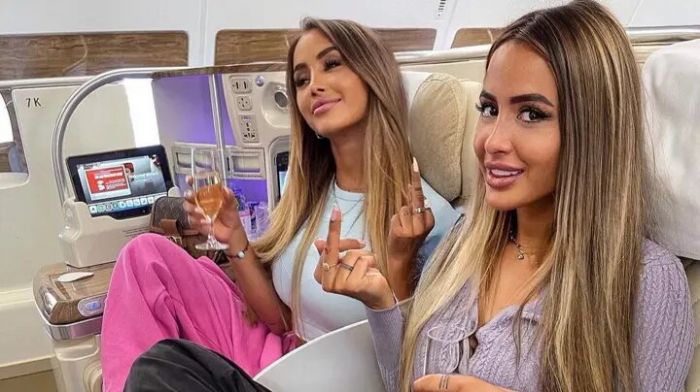 However, Oceane was caught when another passenger on the trip uploaded a photo of herself wearing the same clothing while sitting in the economy - slumming it in the regular seats with the rest of the passengers.

Her clothes are a bit of a giveaway, even though her hair partially hides her face. 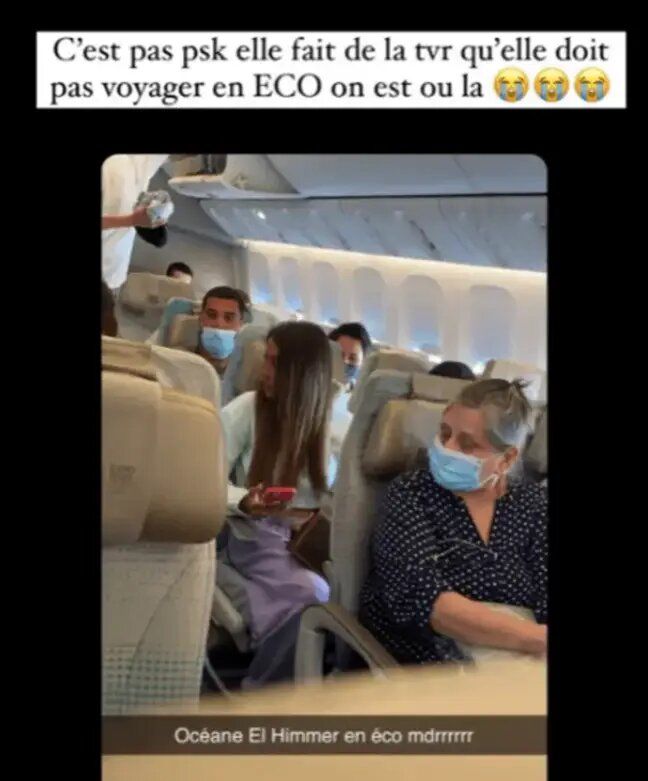 Oceane can be seen posing with a friend on another flight in a new snap, with each of them clutching a glass of bubbly in one hand and flicking a middle finger at the camera with the other.

The cheeky caption reads: "Cette fois ci promis j'ai payé," which translates roughly as: "This time I promise I paid." 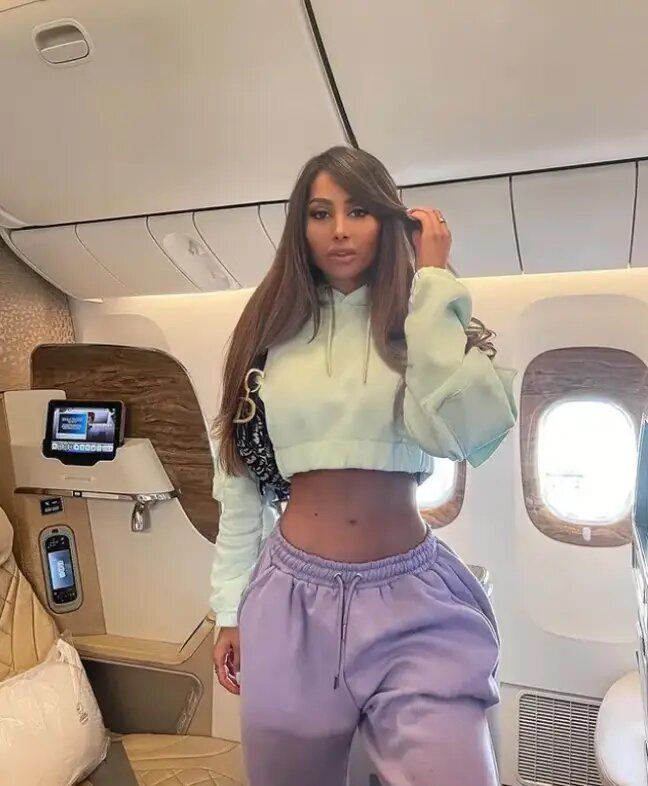 "Next stop Dubai," Oceane wrote in one of her Instagram Stories about her luxurious trip.

She doesn't say whether she's flying business or first class for this new photo, but she doesn't appear to be having a bad time either way.

Oceane defended herself on Snapchat after the photo of her in the economy went viral, stating she has "no shame in traveling in eco class."

Oceane, who has 847,000 Instagram followers, also stated that she is not a person who 'likes to show her money.'

In her Snapchat statement, she said: "I took several flights to arrive in the south, including one in eco class. Took a picture and I accepted. I fully assume the fact of traveling in eco class, I'm not the type of girl who likes to show her money.”

"Yes, I traveled in eco and business. And so? Where is the problem, I do not understand?”

"Much more serious things are happening in life."