Posted by Sama in Cringey On 20th August 2021
advertisement

This 19-year old model was hit on at the gym by a 40-year old man and when told off, the guy's cringe response has left the internet feeling disgusted. Many lauded Avrey for telling the guy clearly that she is 'too young' for him while others cursed him for hitting on an underage girl and when asked to leave alone, coming up with such a pathetic response.

Model and famous Youtuber Avrey Ovard, 19, was busy stretching on her yoga mat at the gym when a man in his 40s tried to hit on her.

Understanding his intentions, Avrey made it clear to the man that she is 'too young' for him. However, the guy's cringe response had the internet reeling with disgust.

The video shows Avrey on her yoga mat and then a man approaches her who is seen only from the waist down in the camera. Trying to strike a conversation, the man asks her if she is taking a video.

When she responded with a yes, the guy replies 'cool' and walks away.

Only five minutes later, the guy emerges from the physical therapy room inside the gym and asks Avrey to take out her earbuds as he wants to ask her name.

She continues to act indifferent, clearly showing that she is not interested, and brings her focus back on the phone. But the guy just seems to take no hint and continues to drag the unwanted conversation about how he injured himself and got in a physical therapy room.

for those who saw my YT vid lmao here’s this …. LEAVE WOMEN ALONE!!!! #gym #gymgirl #PerfectMarcJacobs

He then told her:

"When I'm able to get out you might be here. I wanted to get your number for dinner."

His response before walking away was:

The clip ended with a close-up of her expression that could be read as "did that just happen?"

Avrey posted the cringe video on TikTok and it has gone viral since then. 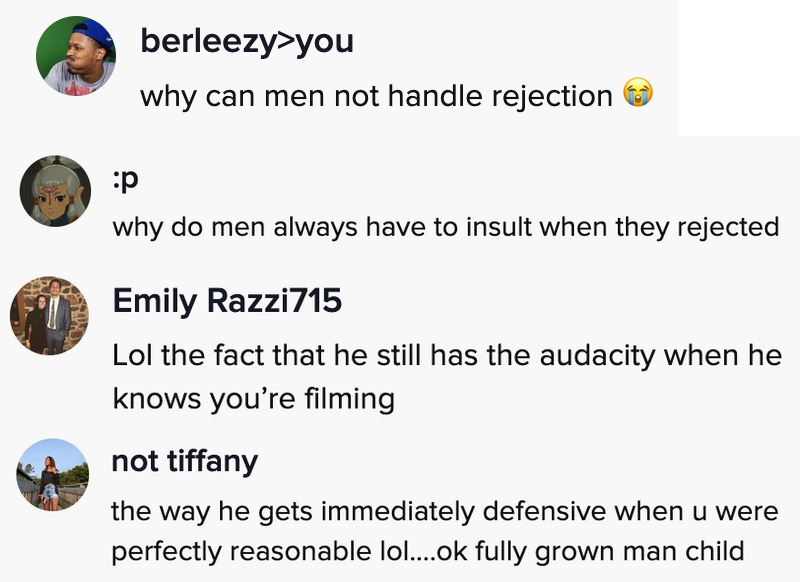 Many called out the guy for hitting on an underage girl 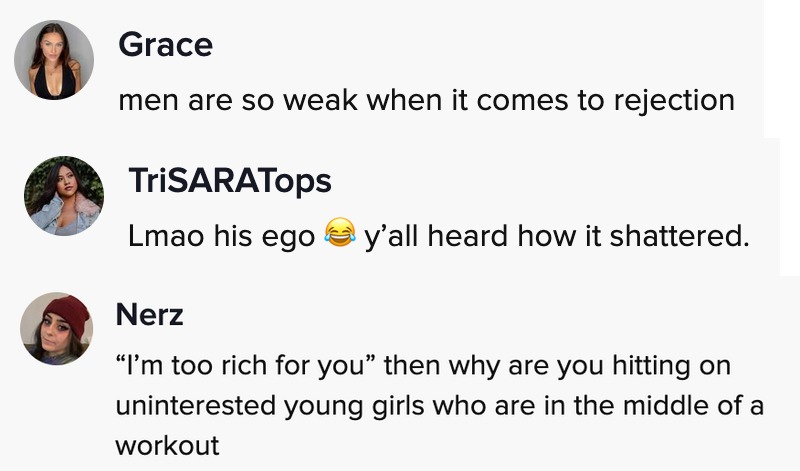 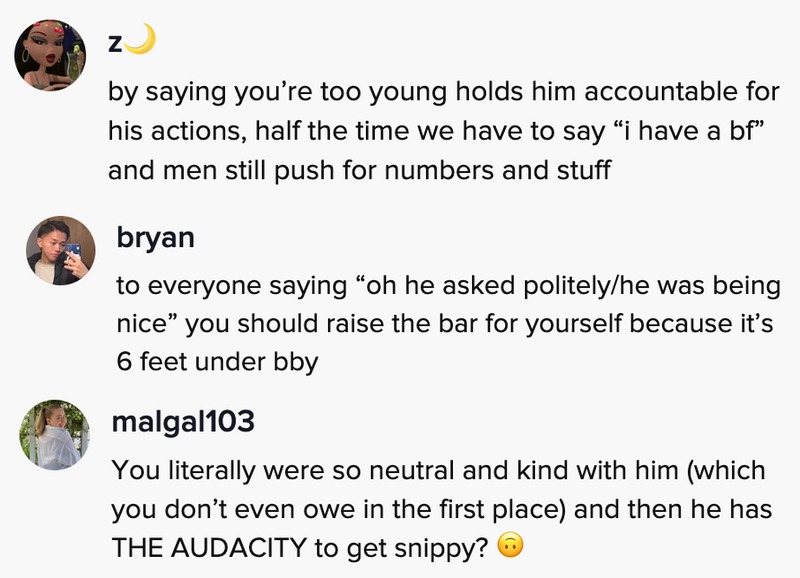 In a follow-up video on YouTube, Avrey talked about the awkward incident and shred that she had never been hit on at the gym before.

"I see a lot of TikTok videos of girls being hit on at the gym," she said, "and I always think how I'm lucky that's never happened to me."

She even wanted to say a message to the men who focus more on women than working out at the gym:

"Leave women alone in the gym. It's the last place I ever want to be hit on."