Internet is shocked over the audacity of this US couple who entered a restaurant with specific details printed on a paper to tell the chef how to prepare their meal and made it a point to pack each and every part of the meal in separate containers. 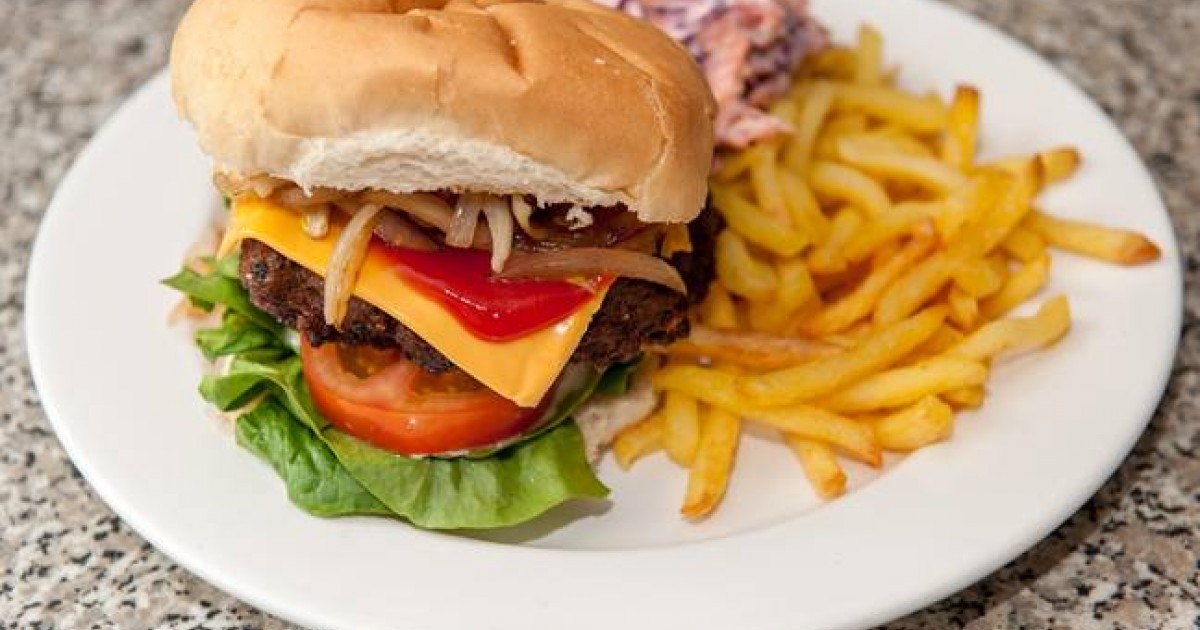 A US couple has sparked outrage on social media after they showed up at the restaurant with detailed instructions for the chef on how to cook their meal.

The post shared on the Facebook page 'Don’t F With Your Server’ shares that a couple named Alan and Karen (we know what you are thinking) came to the restaurant thinking with a six-step guide for the chef to teach him how to prepare their burgers for a take-out. 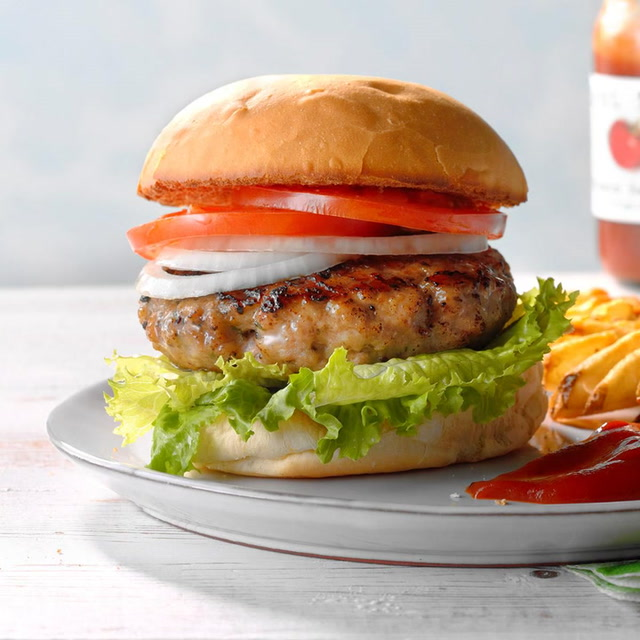 The bizarre couple made it a point to show that they wanted every part of their meal in a separate container and of course they wanted their burger patties to be made as rare as possible, while all the vegies, fries, and sauces needed to be packed in separate boxes.

The crazy note was hare by one of the staff members who admitted that they ‘don’t usually post, but this I couldn’t resist.’ 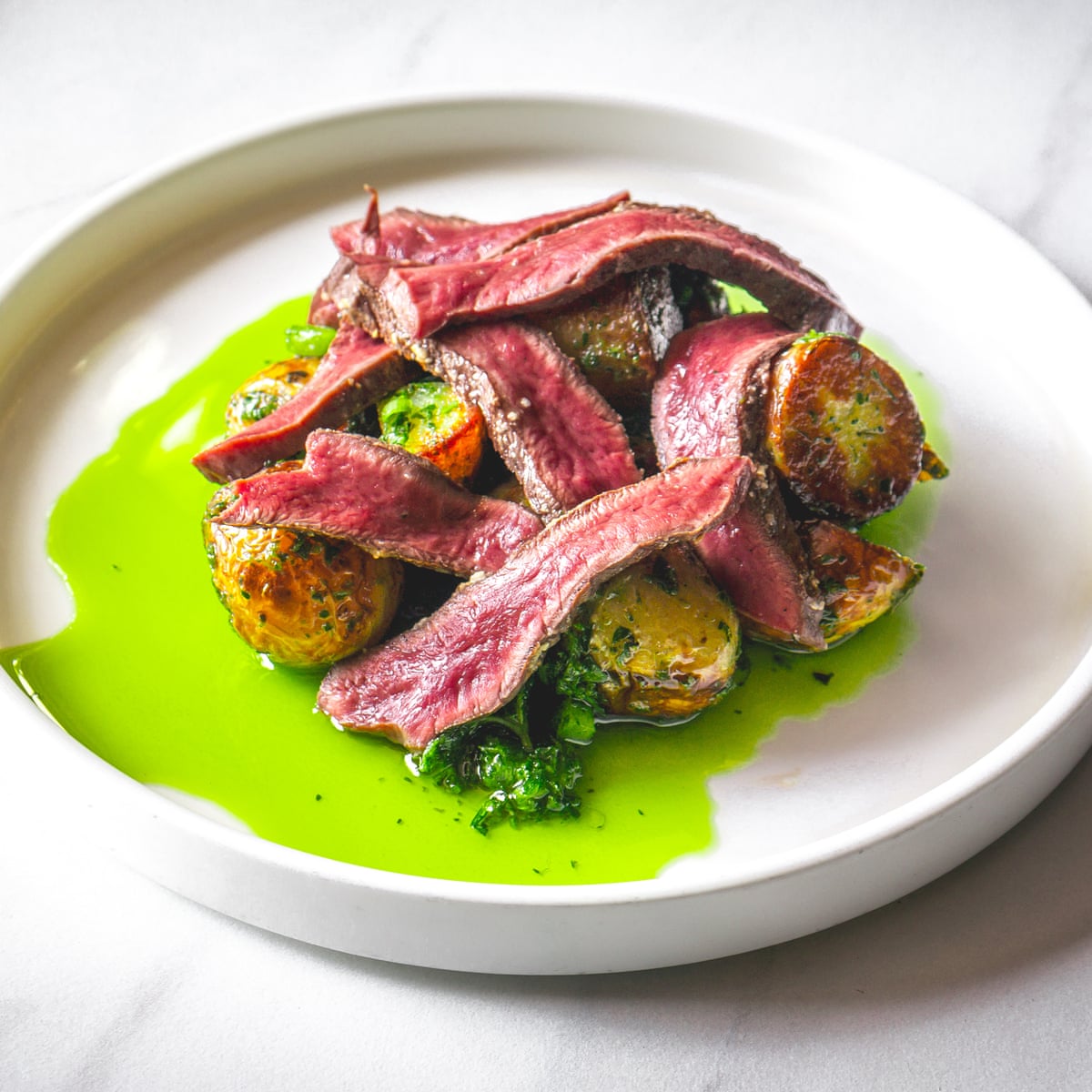 The post has gone viral on social media and hundreds of people responded to the post and commented that they literally cannot believe the audacity of the couple to tell a restaurant how to prepare their meal.

One person wrote: “Wait are they going to assemble this all at home for guests and pretend they cooked it.” 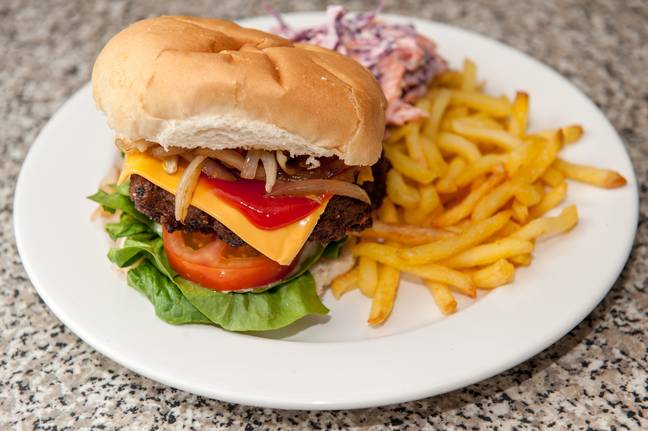 Another added: “Stay home! And cook it yourself!”

A third person said: “LOL!!!!! My restaurant would say no. We don’t waste to go containers on stupidity.”

Some also shared similar experiences: “I had this guy that used to come in to my job and I s**t you not he printed business cards with these ridiculous modifications. To a salad,” said one person.

“I used to have a guy that would give his server a note to give to me on how to make his Bombay up martini. Every Friday for two years,“ added another.

The most bizarre part, some people even defended the couple and said they may have legitimate reasons for demanding the food be placed in separate containers. 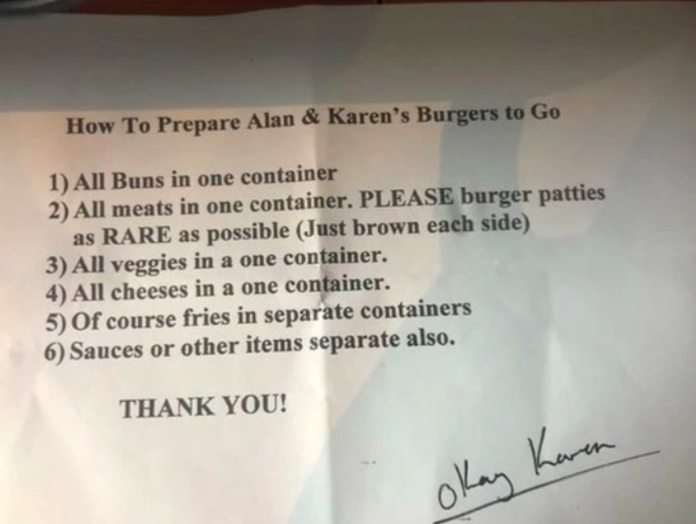 One person said: “They might be traveling some distance with their food. They will probably put the meat and the fries in a thermal warming bag. I would accept the compliment that they chose your restaurant for their road trip meal.”

“They will probably put the meat and the fries in a thermal warming bag. I would accept the compliment that they chose your restaurant for their road trip meal,” another wrote. 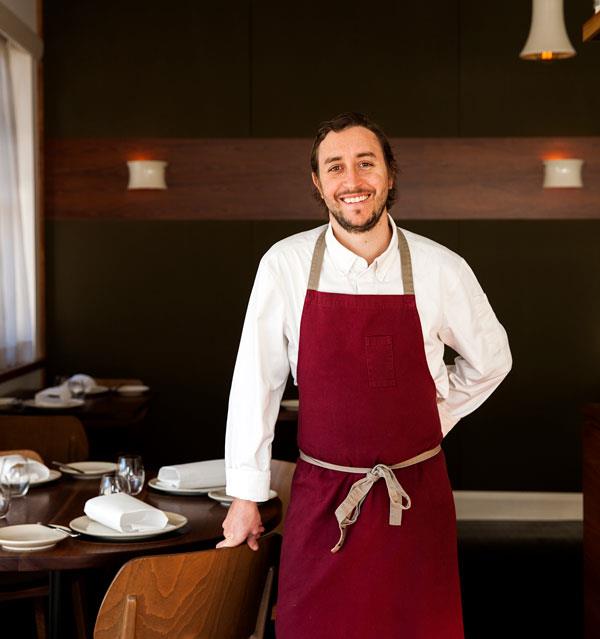