A horrifying incident where a couple came across a murder room in their new house and recorded the moment on their camera. The video has now gone viral on social media, the internet is freaking out and suggesting the couple move out from the place as early as possible. 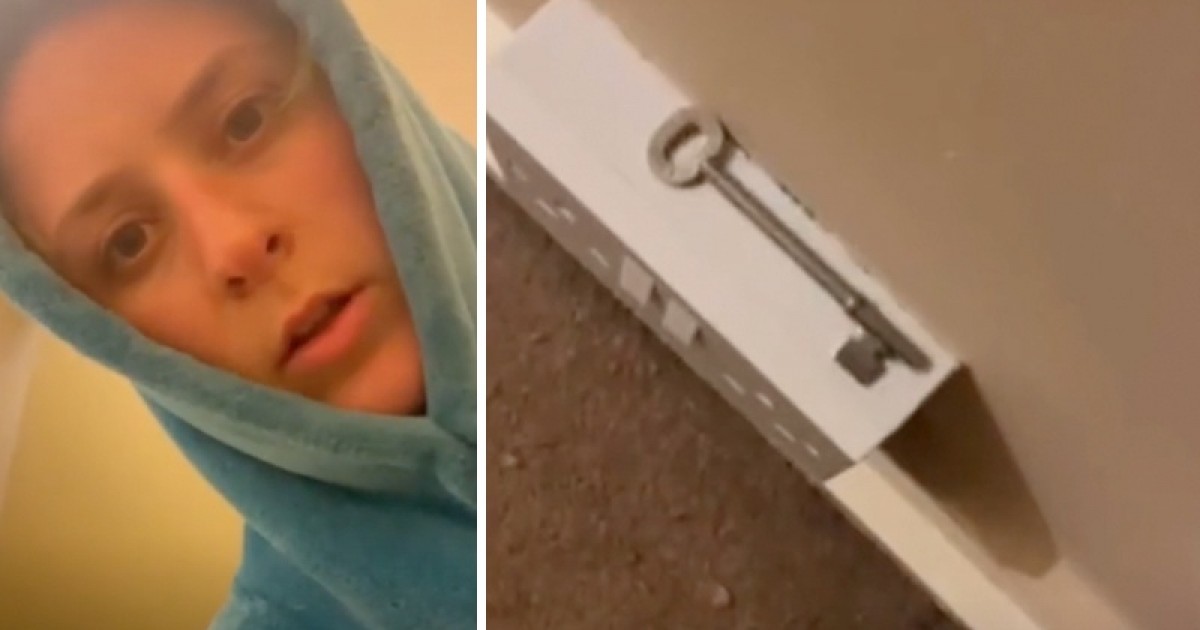 Moving into a new place, one is always mentally prepared to come across random things of previous owners. However, this one couple made a freak discovery after moving into their new home.

TikTok user slowgoldie shared a video her best friend sent to her, of her and her boyfriend’s new home on their first night there. 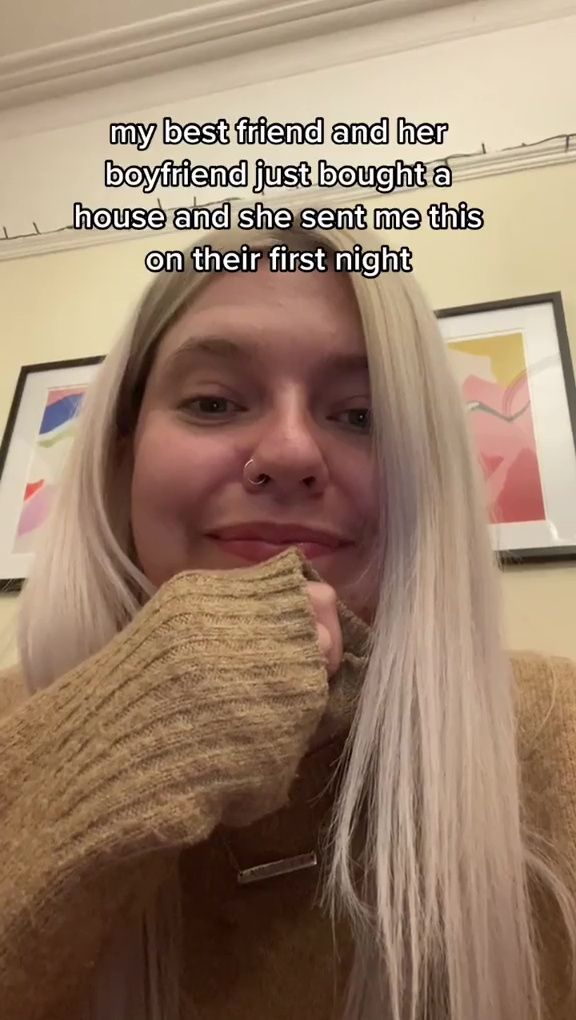 While moving the camera, the friend showed the bedroom pointing out different features such as the “big old window” and a random cable of the floor that the friend presumed was for wi-fi. 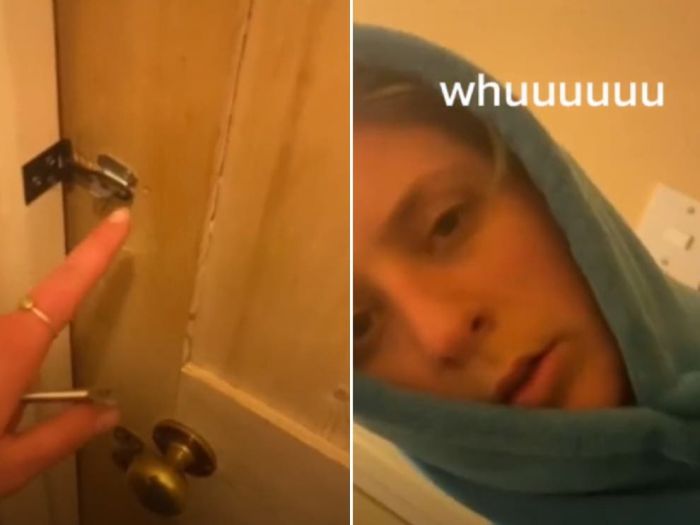 It was while walking towards the door that she noticed a big key sitting on top of the radiator.

Curious as to where the key fits in, the friend thinks that it must be for the wooden bedroom door though she was not expecting a key for it.

“Does that not look like... what? You can padlock the door closed from the outside? That’s... what?” she says, obviously shocked by her bizarre discovery.

The video continues to move forward and an additional X-Files theme song adds a creepy charm to the whole situation.

Now freaked out by her new finding, the woman abruptly moves on and continues the tour by walking across the landing and into the nursery. 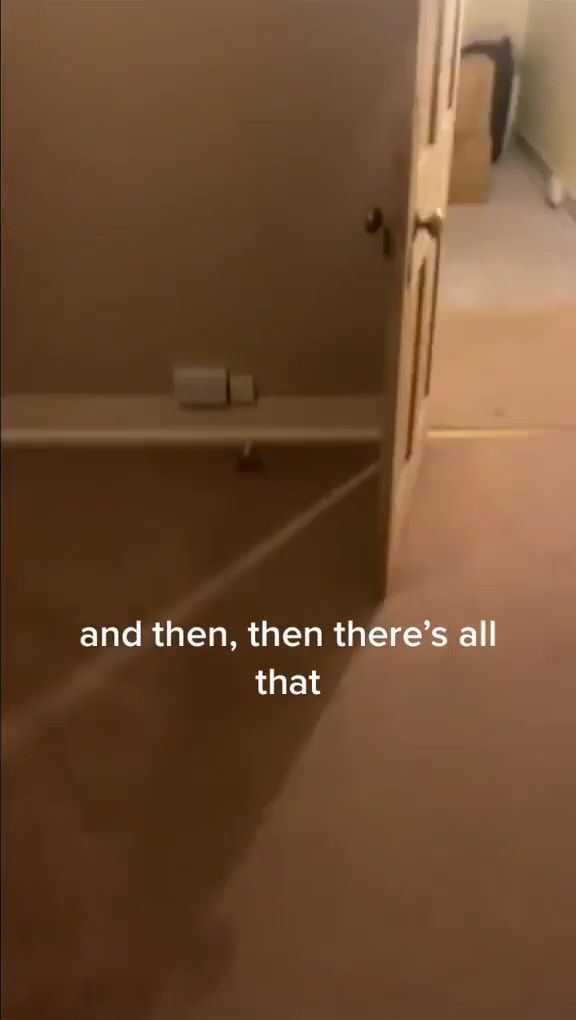 The video has since gained over 8.2M views, 1.3M likes, and over a thousand comments from people who were just as creeped out as we were.

“Just me hiding in the comments because I’m a baby,” another person wrote. 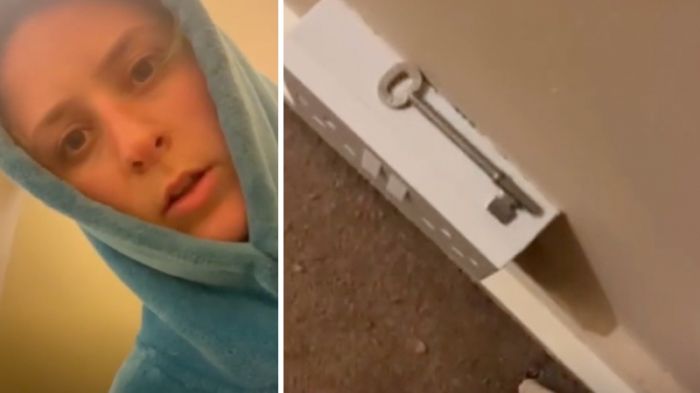 Someone else replied: “Well, that is concerning.”

“I would simply pass away,” a fourth person commented.

People also guessed why the padlock was there in the first place, some providing an innocent explanation, while others believed the reason was more sinister.

One person said: “Someone was definitely held captive there...just a feeling the energy off that room.”

“My ex was a sleepwalker and his parents had to do this to him when he was a child, otherwise he would hurt himself regularly,” someone else wrote.

A third person commented: “Okay but we did that to some of our doors for the rooms where we kept our bird or else our cat would break in and unalive them.”

“My boyfriend’s shared house was like this, they didn’t have locks so they all installed padlocks on their doors to stop one housemate from stealing things,” another person replied.

However, the video creator debunked all the theories with her reply: “No, it wasn’t a student house.”