Posted by Sama in Bizarre On 18th August 2021
advertisement

People on TikTok had a field day guessing what is inside the Amazon delivery boxes after two TikTok users shared the scenario of a delivery taking place outside a house for three consecutive days. The delivery continued till the stack of boxes reached the height of the roof and people couldn't help but wonder what is really going on? 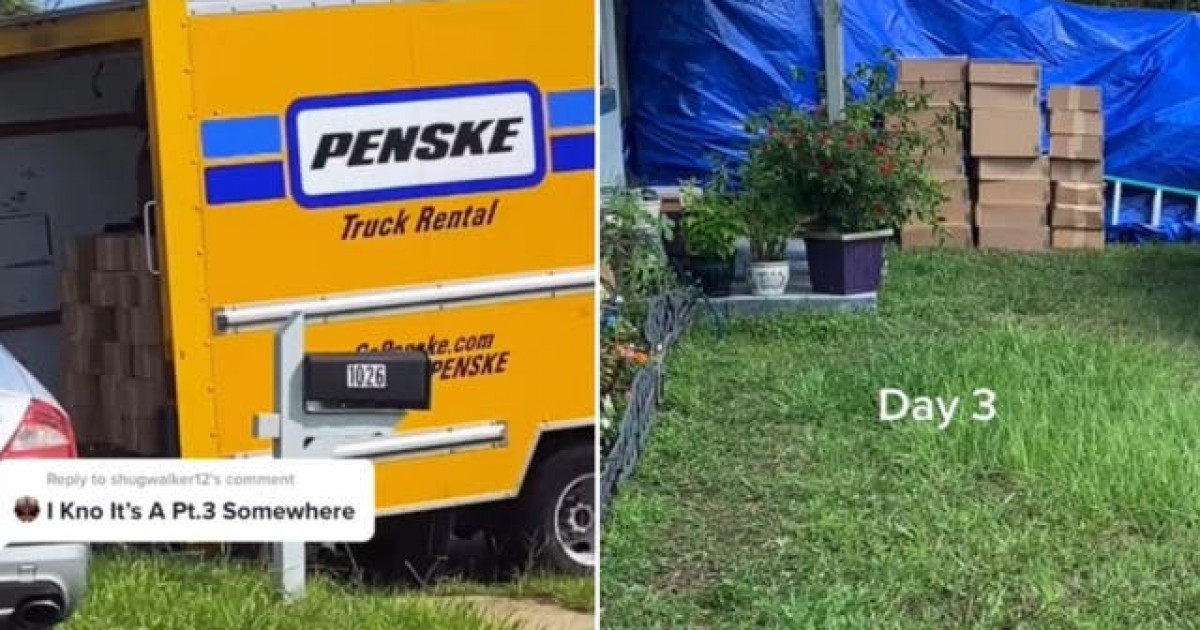 Stacks of Amazon packages were left outside a person's house and people are confused and curious to know the reason.

The incident is reported from the neighborhood in Florida where a simple delivery became a spectacle to watch when two Amazon delivery vans dropped off not one not two but multiple boxes outside the house property.

The boxes continued to pile up till the stack reached the roof of the house.

People were left confused as to what was really happening as the Amazon delivery drivers continued to carry out boxes from the van.

TikTok users Cassie and Tierra Lopez documented the entire thing, and between them received 2.5m and 1.2 views on their videos respectively. 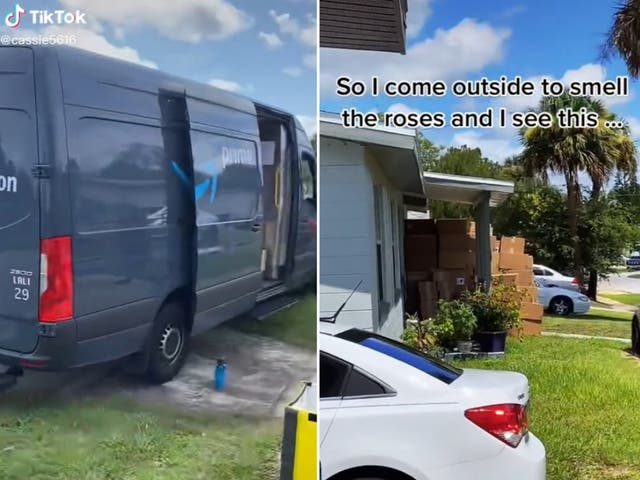 People were amazed and shared their thoughts on the huge Amazon order.

One person wrote: “Package thieves would just have a field day.”

“Ahhh we need a haul of what all this is,” another person said.

Someone else added: “Wonder what’s in the boxes.”

Internet also had a fun day taking a guess as to what all the boxes contained. Some suggested that this must be a doing of a toddler while others guessed that these must be empty boxes ordered for a small business.

Meanwhile, others thought it might be teacher supplies, or the customer possibly being an Amazon re-seller who got a super cheap deal.

Oh and this is not all as the very next day a delivery van from Penske, a van rental company, dropped off another load of boxes.

Both Cassie and Tierra Lopez recorded the second drop-off, and people couldn't help but take second guesses to the situation.

One person wrote: “Omg I hope you are good friends with neighbors because we all need to know why they ordered.”

“My jaw is on the floor, what is in the boxes?!?!” Another person replied.

Someone else said: “I need details on what’s inside those boxes.”

“I’m invested at this point. I need to know!” A fourth person added.

Sadly, it is all still a mystery as to what was really present inside these delivery boxes.