Posted by Sumaiya Ghani in Funny On 11th July 2021
ADVERTISEMENT

Sarah loves to tease her Italian husband-to-be by doing un-Italian things and then she shares the reaction on her TikTok. Recently, one of her videos went viral where she was seen snapping the raw spaghetti in half to fit in the pan while her fiance looked shocked in the background. The poor Italian guy was shocked to say the least and called it shit pasta. He wanted to call the police on Sarah as it's illegal in Italy. 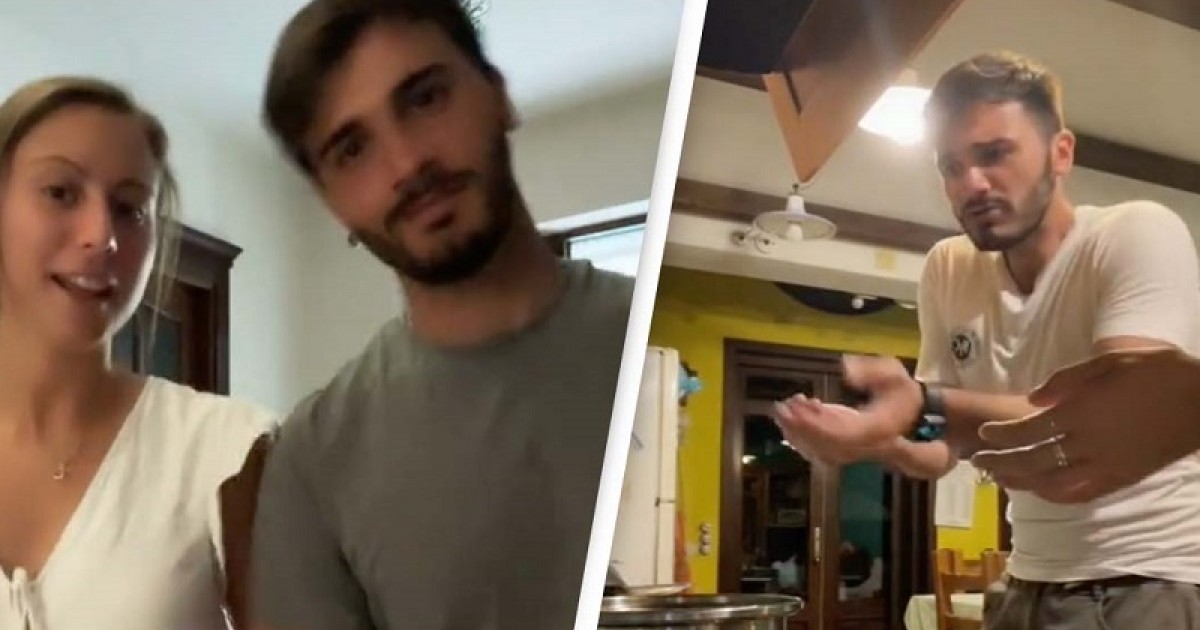 Sarah loves to share her Italian fiancé’s reactions whenever she deliberately tries to do things that are very un-Italian.

The hilarious videos show Sarah asking for a cappuccino after lunch or for pineapple on her pizza which are enough to piss her fiancé. 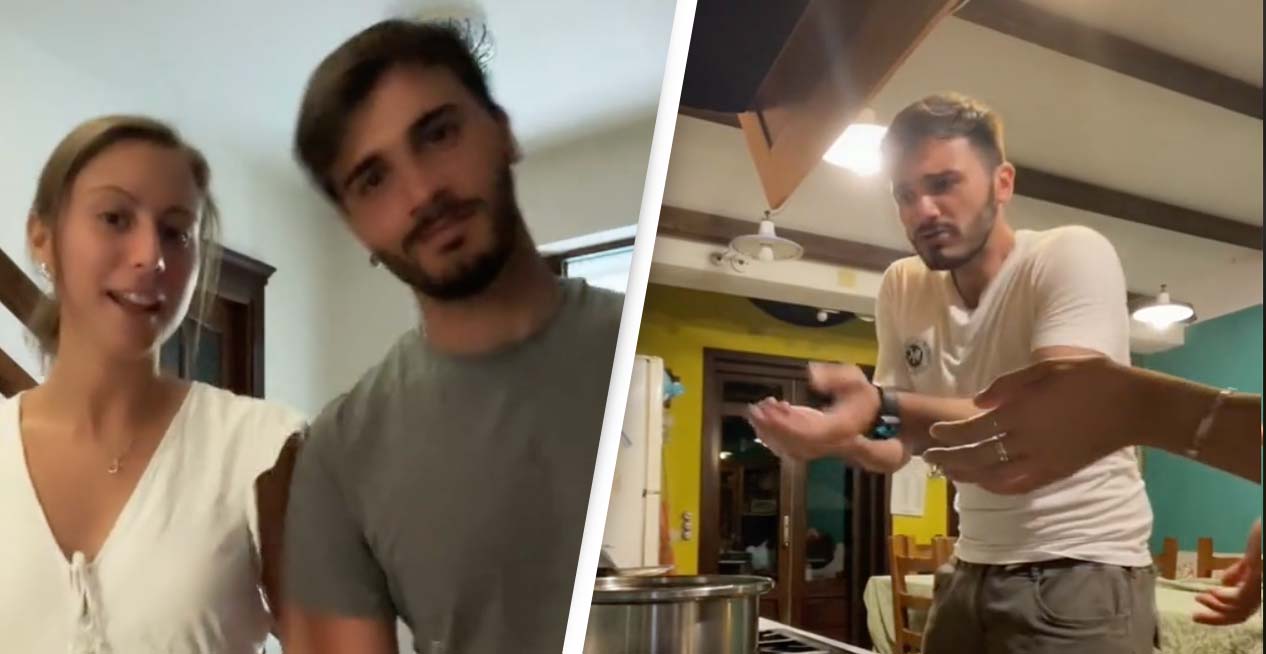 Recently, one particualr video started doing rounds on the internet where Sarah was seen snaping raw spaghetti in half so that it will fit in the pan. The video showed her fiancé Carlo entering the kitchen and then noticing Sarah's doings. Carlo couldn't believe she snapped the spaghetti and started calling it ‘sh*t pasta’.

To Sarah's amusement, poor Carlo was seen grinding his teeth as he insisted that it’s no longer spaghetti if it’s broken in half. The poor guy even called it illegal in Italy to snap the spaghetti in half.

The video gained seven million views and thousands of comments. It looked like everyone was enjoying Carlo's reaction to Sarah's doings.

One person commented, ‘That was the sound of his heart breaking, not the spaghetti.’ 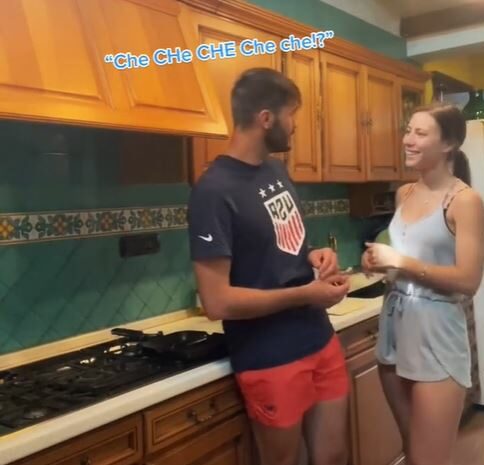 Someone even joked that Sarah must be now the most wanted person in Italy.

Someone else wrote, ‘Omg why would you do this to the poor man. I’m not even Italian and I’m hurt too.’

In another video, she says to Carlo she's going to make spaghetti carbonara for his family, and then starts listing off the ingredients she needs. Things were going smooth but then Sarah dared to mention hot dogs and Carlo couldn't believe his wife-to-be wants to mix American food with Italian pasta.

Carlos only rule: only eat cappuccino for breakfast

Poor Carlo warned her that it's illegal and that he might even call the police on her.

Sarah then opted for hamburgers and Carlo looked simply sad. On a lighter note, we suggest Carlo should take the responsibility to cook in the future, it's better this way.