Posted by Sama in News On 13th June 2018
ADVERTISEMENT

Aquarius, a migrant rescue boat recently used by the German coastguard has been left stranded at the Sicilian shore carrying around 629 refugees, for the last three days as the Italian government and the neighbor country Malta refuse to dock the asylum seekers. In a humanitarian gesture, Spain has announced that it will accept the migrants but with an upcoming storm the additional 3-4 days journey for these exhausted migrants, that includes over hundreds of minors and around seven pregnant women won't be without risk and danger. 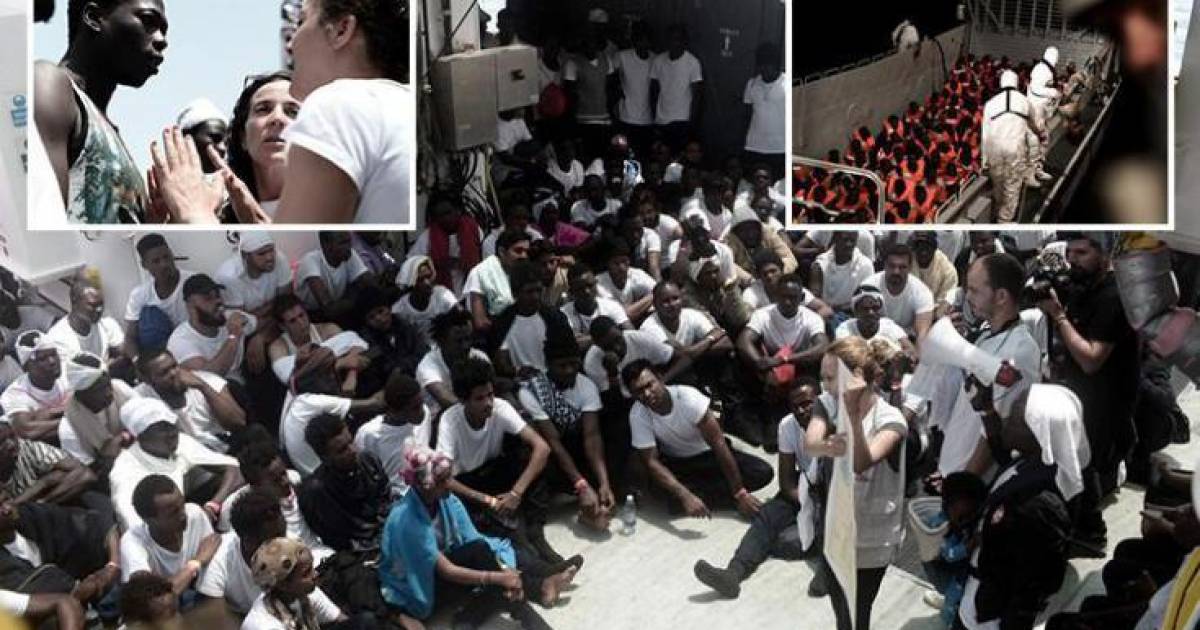 In a recent event that took place on the shores of Italy where rescue boats stranded with escaped refugees from the Middle East and North Africa reached but were refused to dock on orders given by the Deputy Prime Minister Matteo Salvini. According to Salvini the decision to refuse entrance to the stranded refugees in the country is just the beginning for his staunchly eurosceptic government. Salvini, whose coalition promised to be tough on the immigrants announced 'victory' after blocking the ports as the country has been considered main entry point for those fleeing North Africa and the Middle East. 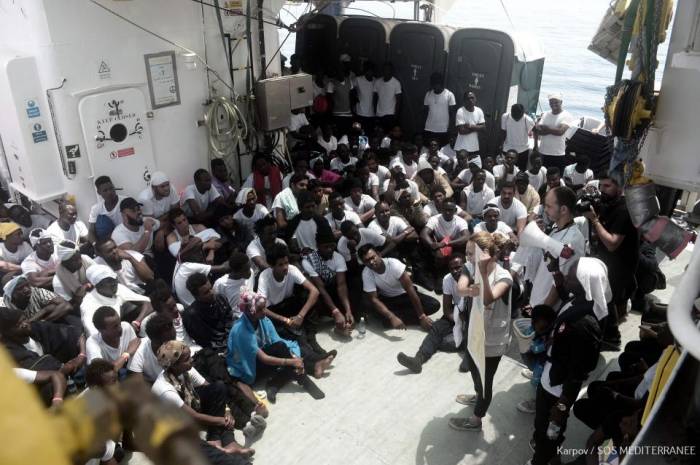 #2 The Italian Government Refused To Dock The Aquarius

Salvini after refusing to shelter the refugees suggested that the neighbor country Malta should step forward and help the refugees but following in its footsteps, Malta also refused to do so. After both the countries refused to dock the passengers, Spain reportedly has announced to accept the refugees on a humanitarian basis. Reportedly tension between the charity workers and asylum seekers was observed as hundreds of migrants picked up from the Libyan coast were told they have to face a three days more voyage at sea to seek asylum at Spain, the only country that is willing to accept them. 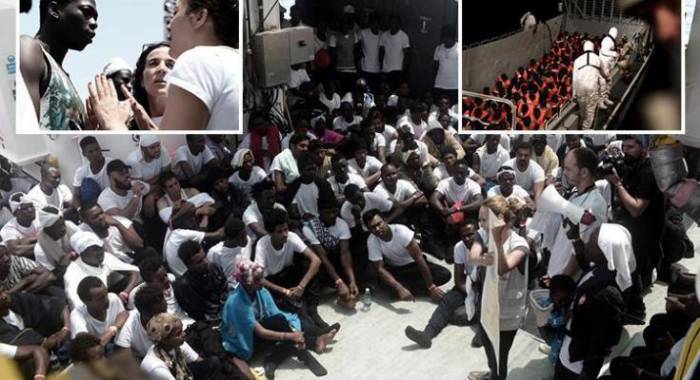 #3 Salvini Fulfills His Promise Of Being Tough On The Immigrants

Following the ordeal, Salvini tweeted, "Victory!" then said, "The game doesn't end today... It's the first important signal that Italy cannot handle this enormous burden alone. The problem was solved thanks to the big heart of the Spanish Government but the EU cannot keep depending on big hearts." 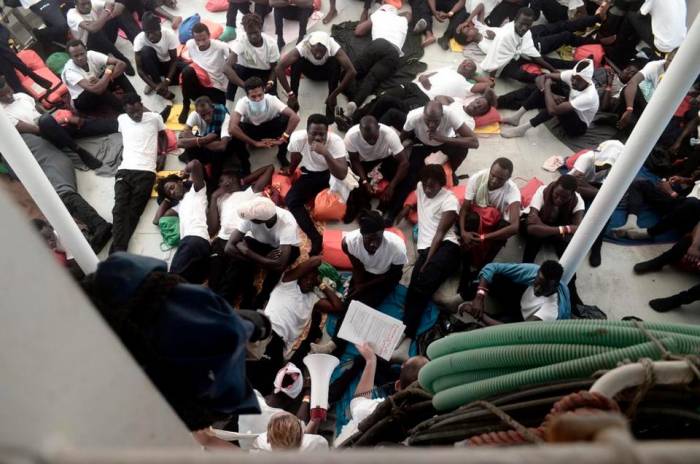 #4 Being Stuck At The Port For More Than Three Days Now, Tension And Frustration Has Risen Among The Migrants

Aquarius, the rescue ship carrying the 629 migrants which include several unaccompanied minors including seven pregnant women, has been looked after humanitarian workers and the company has also been dispatched fresh supplies but being stuck at the port for more than 3 days has led to the rise of frustration and aggression among the party. The officials initially hid the truth from the migrants but have faced a barrage of questions they had to reveal the truth of them not allowed to dock by the Italian government. 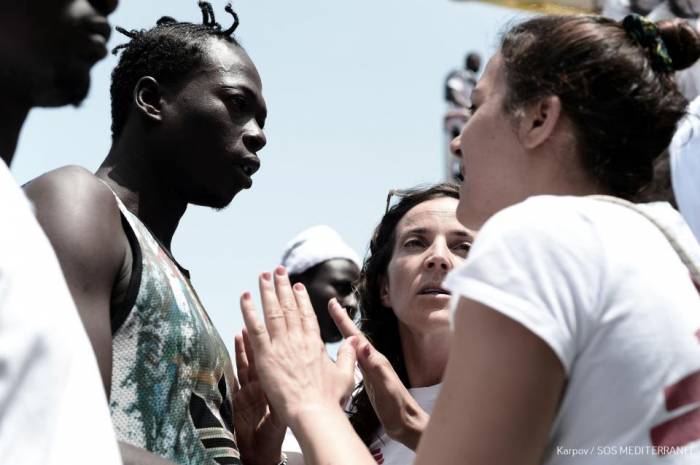 According to the SOS Mediterranee, a storm is approaching the Sicily shore, reportedly the storm would bring with it waves of over 2 metres (6.5 ft) making any trip to Spain highly uncomfortable. As the news of the storm was released, the Doctors Without Border Charity heavily criticised the new plan to take the migrants to Spain. Calling this plan cruel, it tweeted, "This plan would mean already exhausted rescued people would endure four more days travel at sea. The better option would be to disembark the rescued people in the nearest port after which they can be transferred to Spain or other safe countries for further care and legal processing." 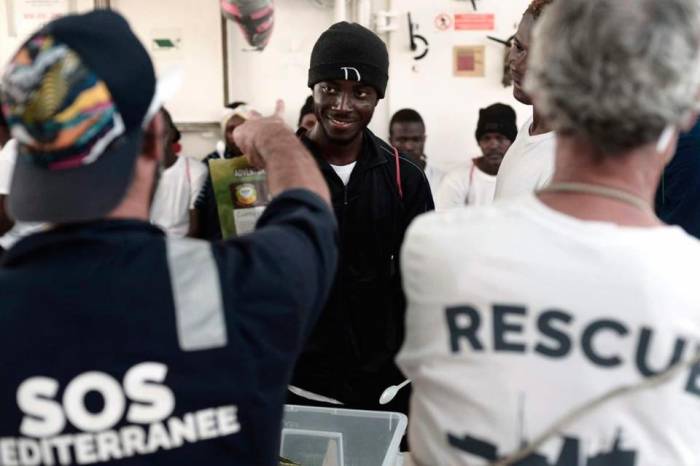 Spain's foreign minister, on the other hand, says that it accepted the migrants to push EU leaders into addressing the bloc's migration policies later this month.

An EU summit is supposed to happen later this month and according to reports, some changes regarding the asylum law will be observed in order to ease the burden on sharing the migrants without any difficulty by the countries. More than 1.8 million have entered Europe since 2014, with more than 600,000 arriving in Italy alone. 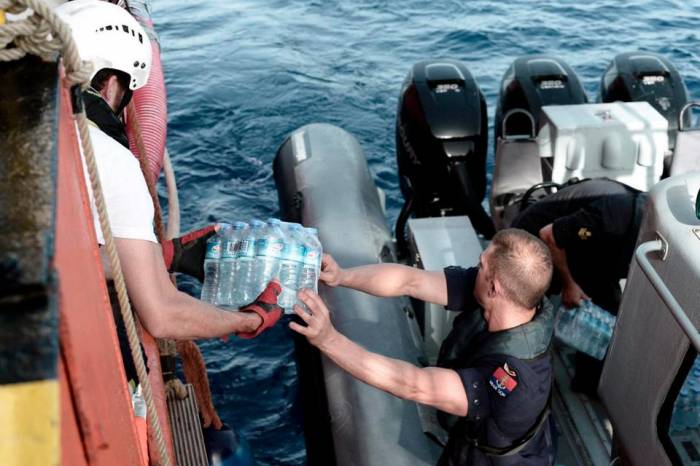