Jennifer Lopez Reveals Her Mother Used To Hit Her During Childhood

Posted by Zainab Pervez in Entertainment On 20th June 2022
advertisement

Jennifer revealed her mom sometimes got into physical bouts with herself and her sisters, Leslie and Lynda, calling her 'strong' but 'tough'. The singer and actress, 52, spoke candidly about her complicated relationship with her mother, Guadalupe Rodriguez in her Halftime doc. 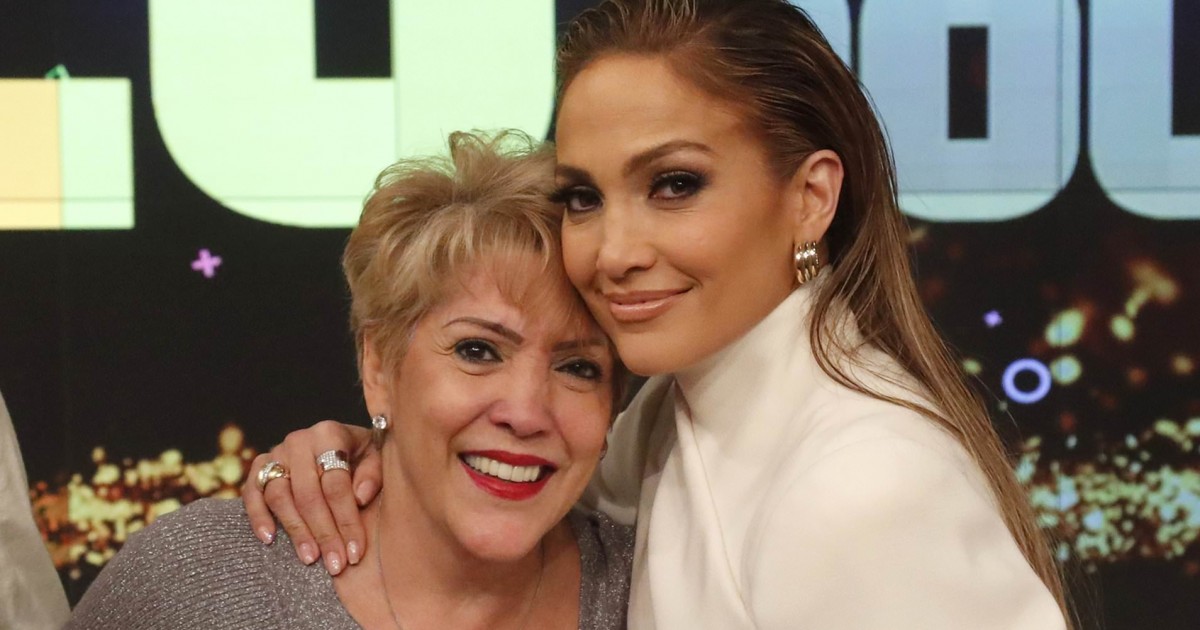 Jennifer Lopez has said her mum ‘beat the s**t’ out of her when she was younger as she opens up about their relationship. 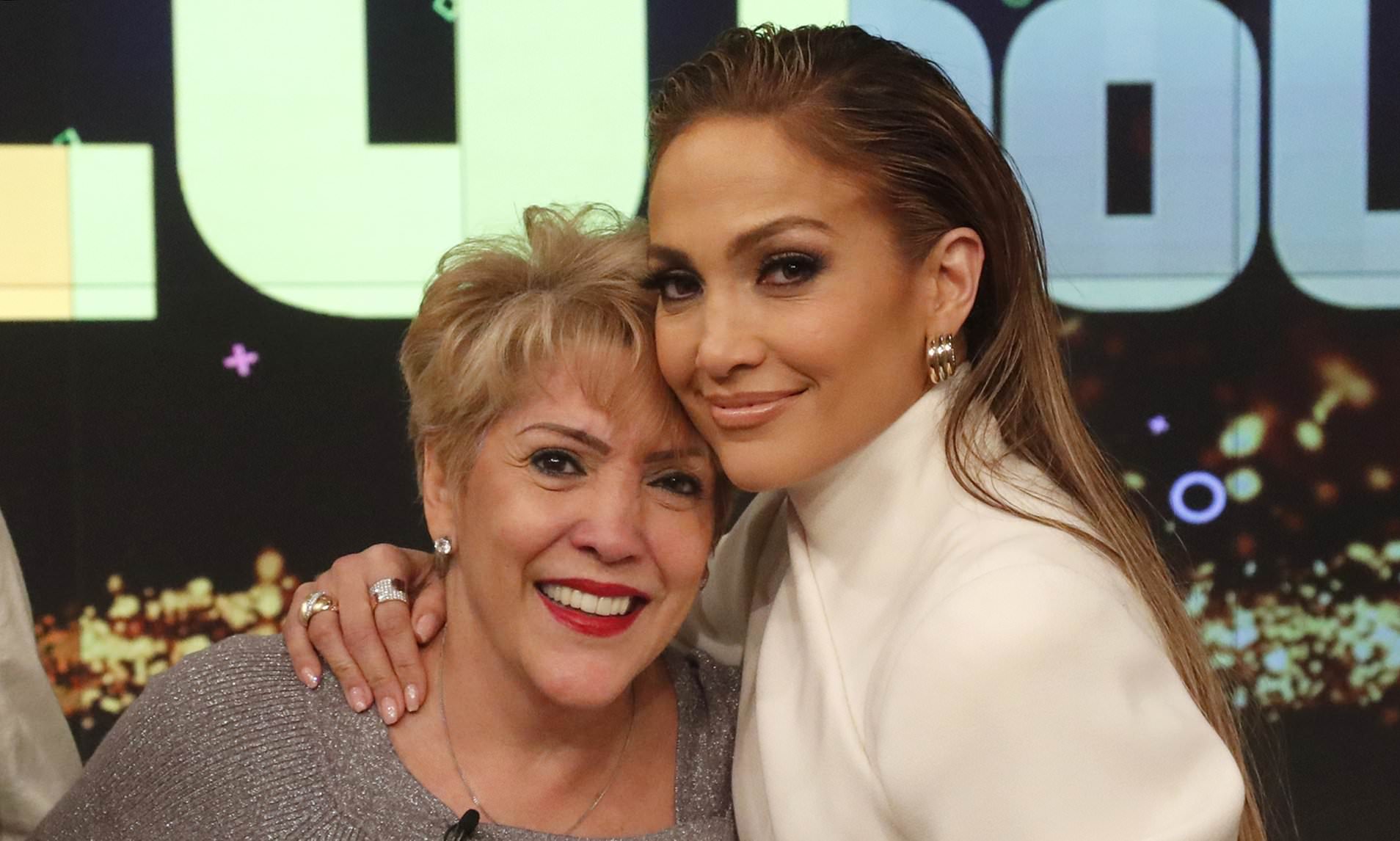 The singer and actress, 52, spoke candidly about her complicated relationship with her mother, Guadalupe Rodriguez, 76, and revealed her mom sometimes got into physical bouts with herself and her sisters, Leslie and Lynda.

Speaking in her Halftime documentary, Jennifer said: 'She did what she had to do to survive, and it made her strong, but it also made her tough. She beat the s**t out of us.' 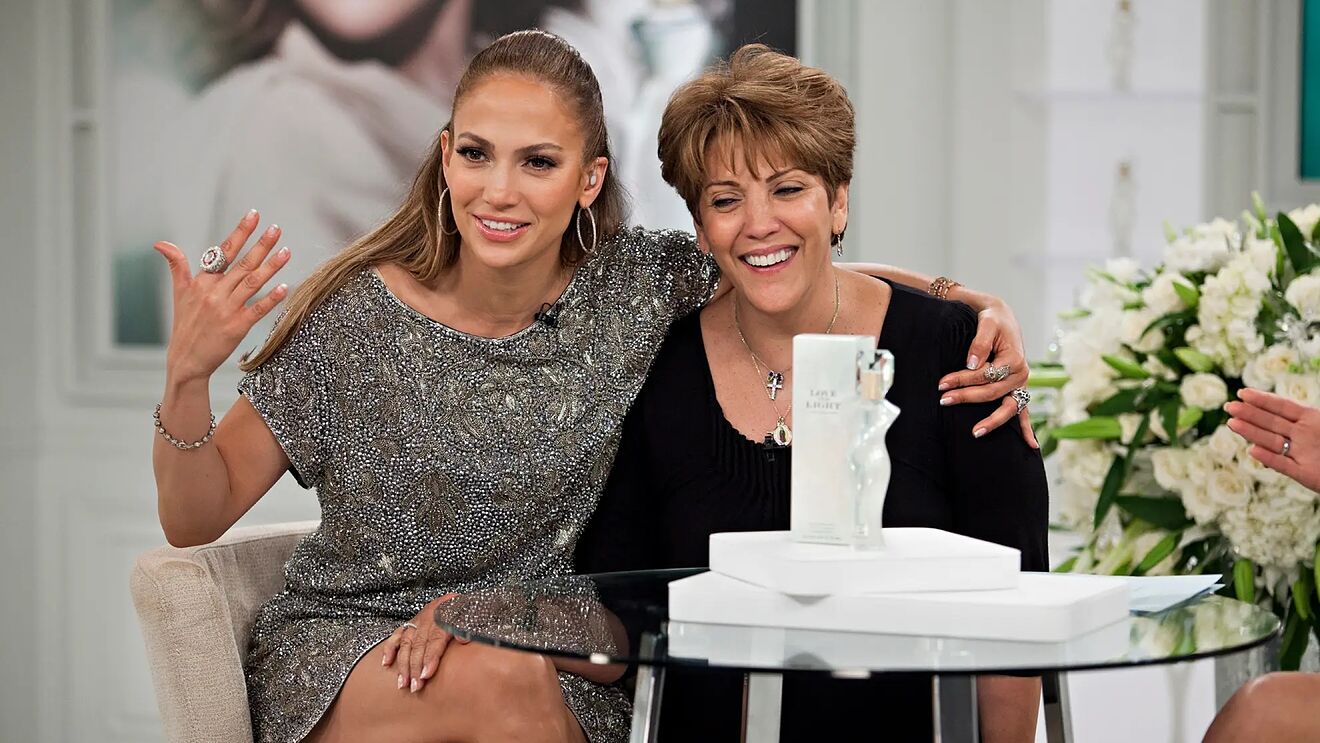 She added: 'I was surrounded by a lot of strong women. My mom is a super complicated woman and she carries a lot of baggage, she wanted us to be independent and never have to rely on a man.'

Jennifer was born in 1969 in the Bronx to Guadalupe and David Lopez, who were both born in Puerto Rico but had moved to the U.S. as children. 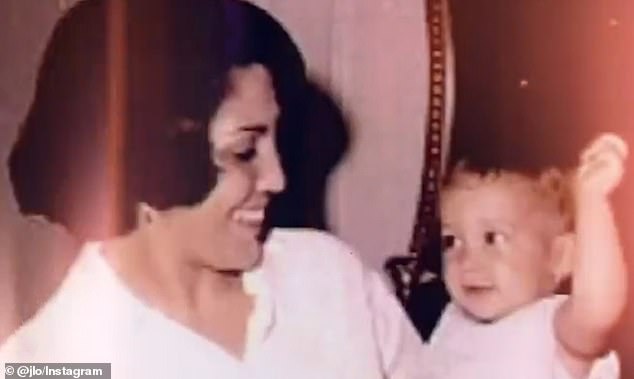 Her dad worked as a computer technician. They divorced in the 1990s.

Lopez moved out when she was 18-years-old to pursue a career in acting - against her mom’s wishes to continue her education. 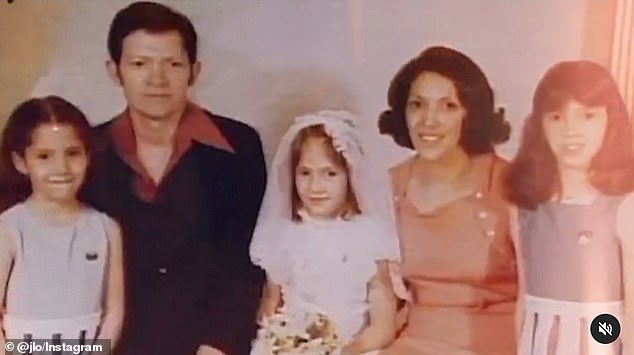 She told the documentary: “My mum was like, ‘If you're gonna live in this house, you're gonna get your education’. We got into a bad fight one night and I just left.' This resulted in them not speaking for eight months. She had quit college to pursue a career in dance - something her mom was not fond of.

Former school worker Guadalupe confirmed the pair 'butted heads a lot' in the doc, and admitted she was 'far from the perfect mother,' but insisted that she had her girls' 'best interest at heart.' 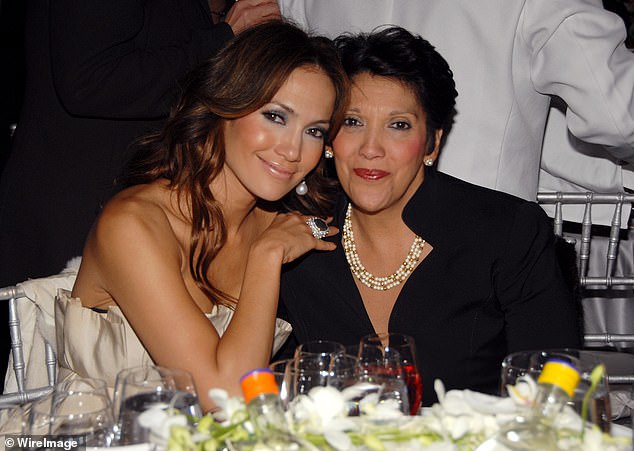 She explained: 'I always had the highest expectations of them. It wasn't to be critical. It was only to show you that you could do better.

'Jennifer, she gave me the hardest time, to tell you the truth. We butted heads a lot. I was far from the perfect mother. The one thing I can always say, everything I did, I did with their best interest at heart.'

But it appears like things are all good between them now, since they have teamed up for numerous projects over the years - like the time they posed for the Coach holiday campaign together in 2020.

Jennifer previously said it was her mom who instilled 'the love of music' in her and gave her her 'dance moves.' 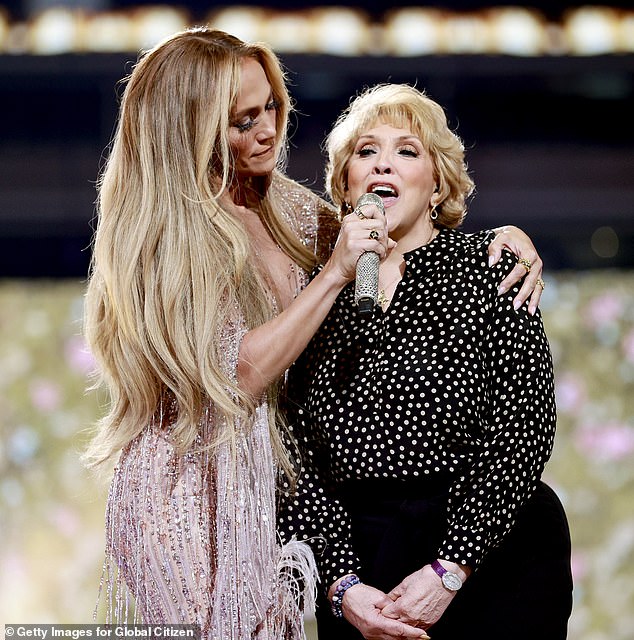 'I get my dance moves from her,' she told Entertainment Tonight in 2020. 'My mom is really the person who instilled the love of music in me and all of my sisters.

'She had all of us by the time she was 26 so we all grew up together. It was like living with a teenager, to be honest.' 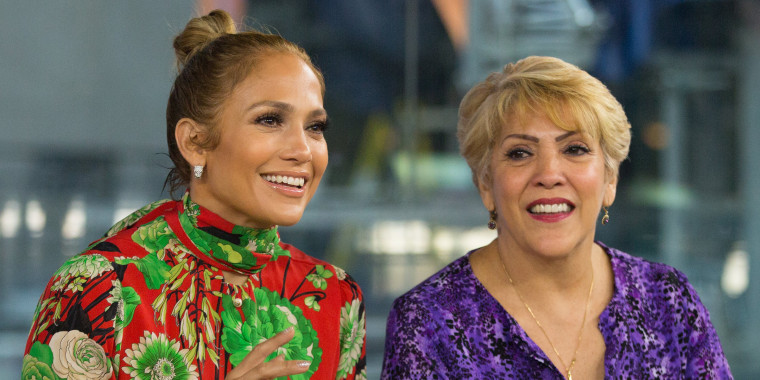 She added: 'She wanted us to be independent. She never wanted us to ever have to depend on a man for anything because that's what she was taught when she grew up.'

Elsewhere in the documentary,Jennifer Lopez - who is now a mother herself to 14-year-old twins Max and Emme - revealed she nearly quit showbiz after she was mocked over her curvy figure.

She said she was propelled to fame at a time when the celebrity body ideal was super-skinny, explaining that not fitting the mold pushed her to the verge of giving up her dreams.

'There were many times where I was just like, "I think I'm just going to quit,"' she recalled.

'I had to really figure out who I was. And believe in that and not believe in anything else.

'When I started working, the beauty ideal was very thin, blonde, tall, not a lot of curves. I grew up around women with curves so it was nothing I was ever ashamed of.

'It was hard, when you think people think you're a joke – like a punchline. But it wound up affecting things in a way that I never intended.'

Jennifer added her fiancé Ben Affleck was shocked at the body scrutiny she faced, but she said she expected it as she was a female Latina. 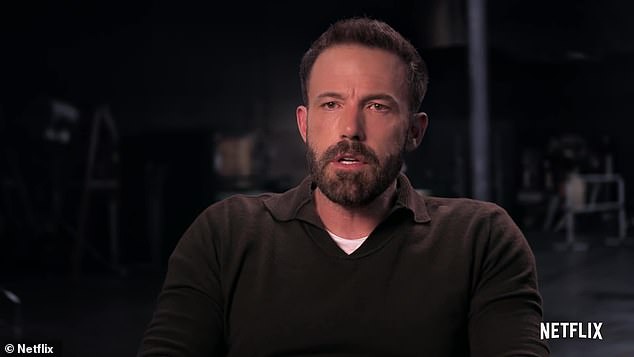 Lopez recently got engaged to actor Ben Affleck, for the second time. The couple first got together back in 2002, but called off the wedding in 2004.

However, last year, the pair reunited and in April 2022, Affleck popped the question once again - and got himself a ‘yes’ for the second time. Lopez has called the reunion a ‘beautiful thing’ and says the extra years have meant they are ‘smarter’ than when they first dated. 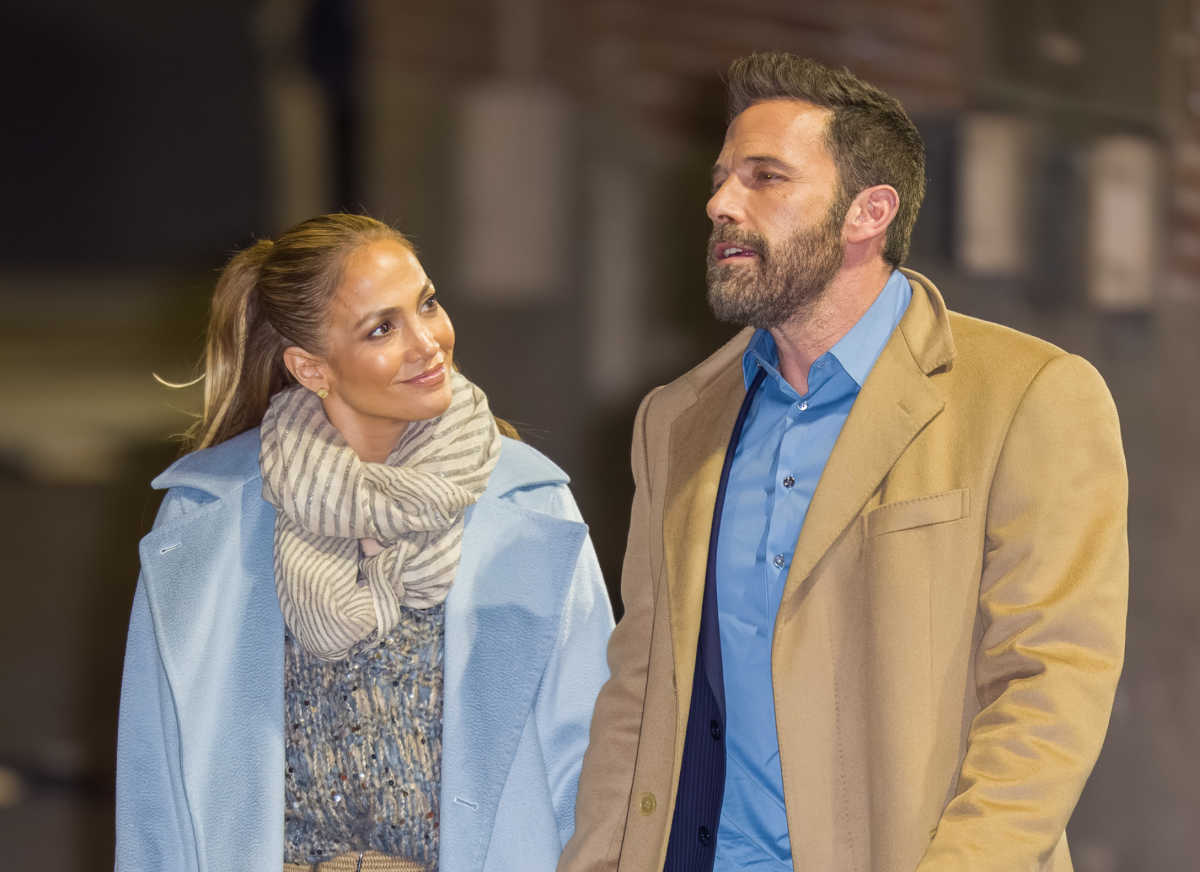 During an appearance on Ellen, Lopez said: I don’t think anybody was more surprised than us. You never could imagine that something like that could happen. It’s a beautiful thing."

While she told PEOPLE: "We're older now, we're smarter, we have more experience, we're at different places in our lives, we have kids now, and we have to be very conscious of those things."