Posted by Sama in Bizarre On 10th August 2021
advertisement

An incident happened in Grayson County, North of Dallas where the whole neighborhood gathered to cheer and bid adieu to a couple who has been harassing the entire community. After being reported to the police, the couple was taken away by law enforcement and people gladly waved them goodbye. Watch the clip and let it give you ideas for next time when an unwanted person harasses you. 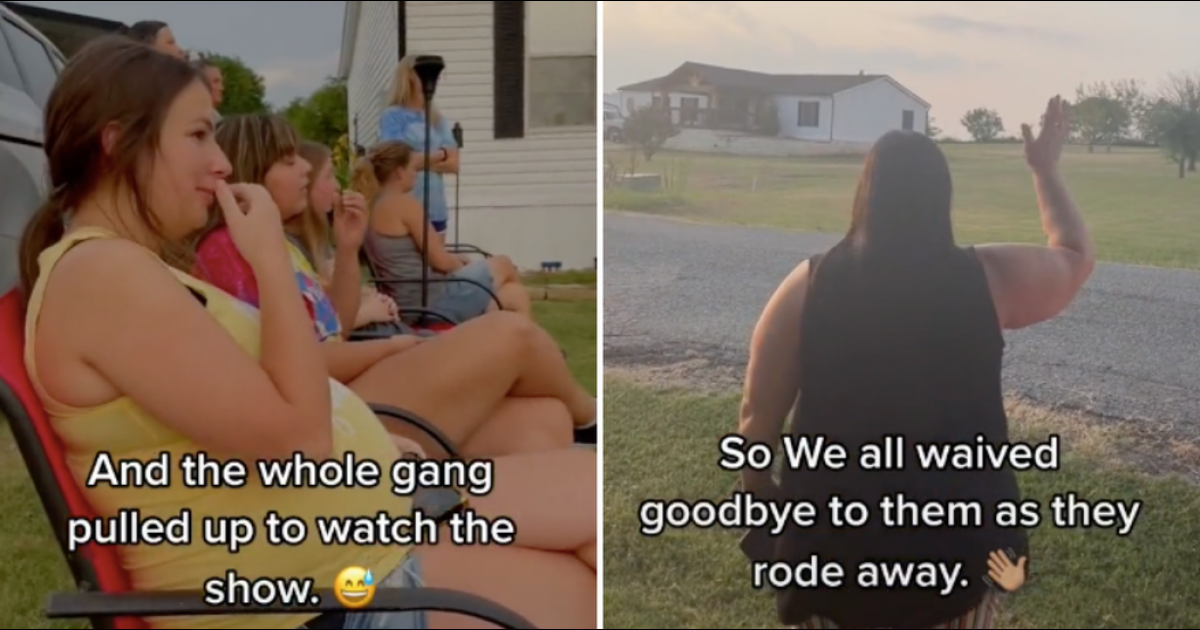 If you have ever faced racism, then the most satisfying thought for you is seeing the racist person getting arrested and getting called out for their actions. For some people unfortunately it remains a thought while for few their desire comes true. This is the recent news of a couple who was apparently harassing their community recently got arrested—and the neighborhood was there to see them off with smiles and waves. 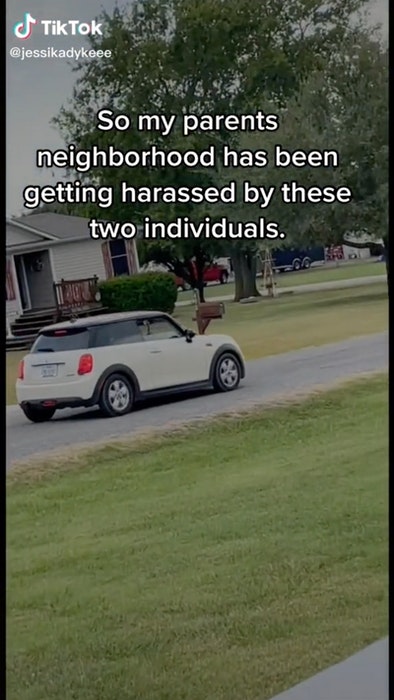 The moment was captured in a now-viral TikTok video, which was posted by @jessikadykeee and then shared to Reddit’s r/Trashy page with the caption: “Satisfying end to a couple.”

The video takes place in Grayson County, which is north of Dallas. 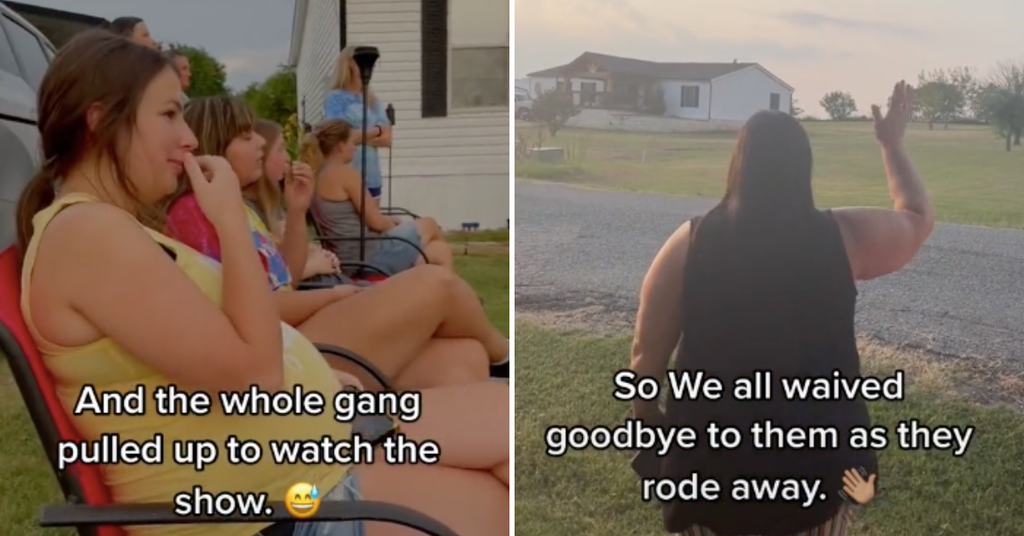 The video was shared by one user on TikTok and it revealed that their parent's neighborhood was facing a tough time because of the harassment caused by these two individuals.

It is not specified in the video that the harassment was inflicted on which specific community. 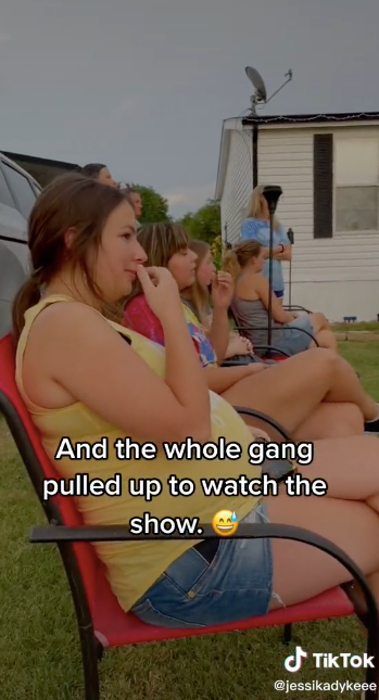 The woman shares that when they have had enough, she called the law upon them and the whole neighborhood pulled to watch the show of them being taken away by the police. 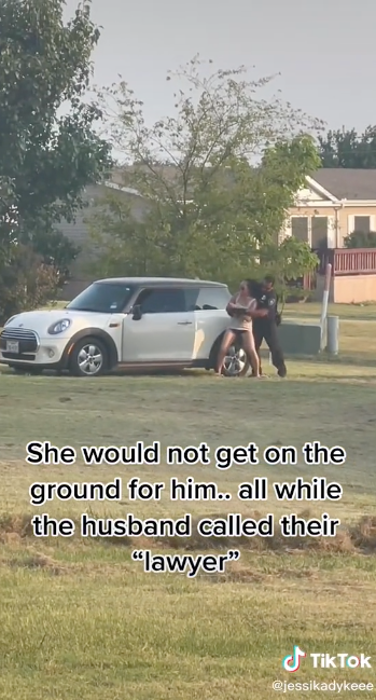 The almost comical video shows a Mini Cooper driving off and then a couple having an argument with an officer in the distance. You can see people sitting in lawn chairs, observing the incident. The woman can be then seen hitting the officer and the officer’s car as he drives away.

“She wouldn’t take the ticket and assaulted the police officer…and littered.” 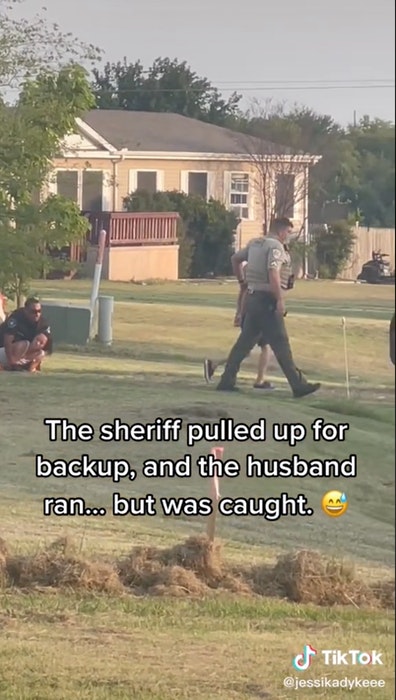 Later, TikTok user claims that the officer “came back with a warrant on both of them.”

But the woman was quite adamant and tried to resist the officer till the end: “The sheriff pulled up for backup, and the husband ran…but was caught.”

As the couple was finally held and was being taken, the whole community took their set time in bidding them goodbye: “So we all [waved] goodby to them as they rode away.” 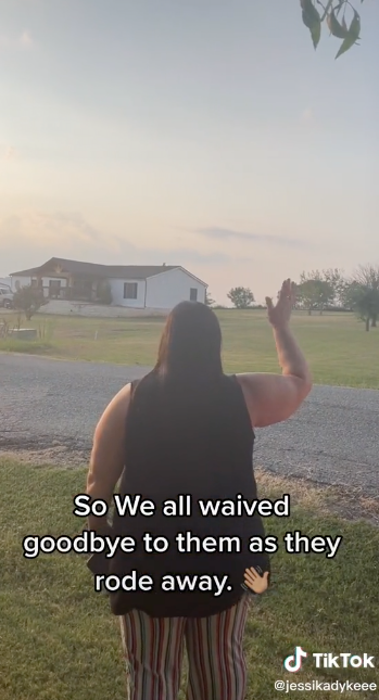 After watching the video the internet is now left wondering that what misfortune the couple caused that the whole neighborhood was there to bid them goodbye and that too gladly.