Posted by Abdul Rafay in Amazing On 31st May 2021
ADVERTISEMENT

Kelly Osbourne's transition has fascinated the entertainment industry, and she's been updating her 2.3 million Instagram followers since her weekend sighting. She previously said that undergoing gastric sleeve surgery was "the best thing" she had ever done. 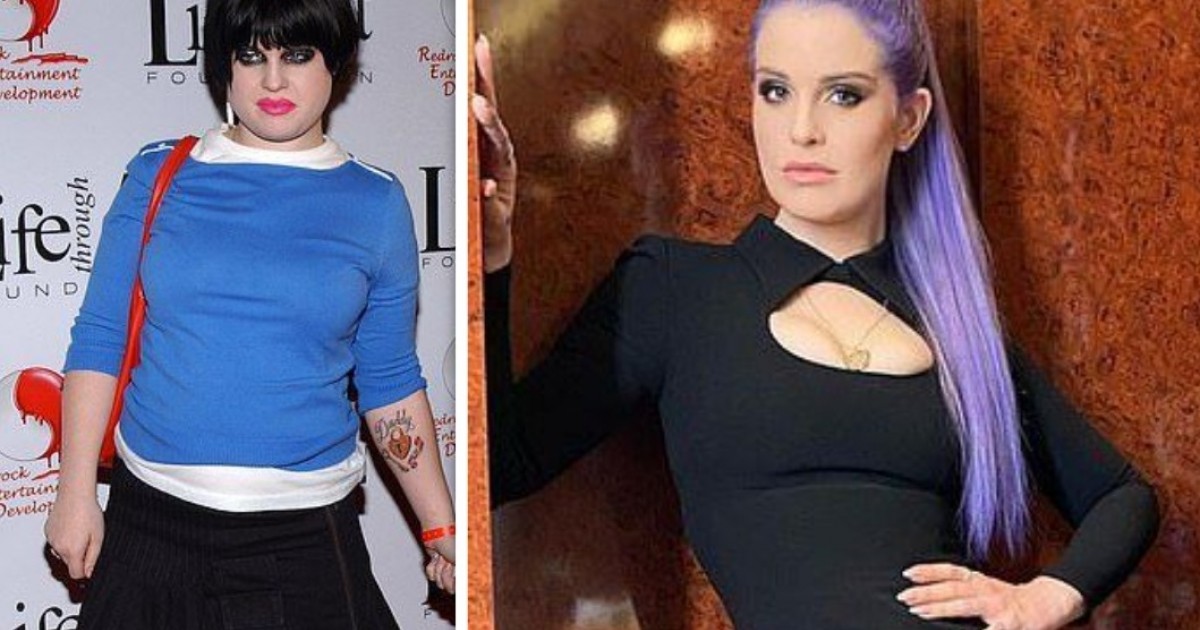 'Suns out, buns out,' wrote the 36-year-old reality star alongside a beautiful portrait of her lilac tresses styled into two cute plaited buns.

The daughter of rock star Ozzy Osbourne and his wife Sharon Osbourne wore a sultry winged eyeliner look with lashings of a liner to accentuate her lips. 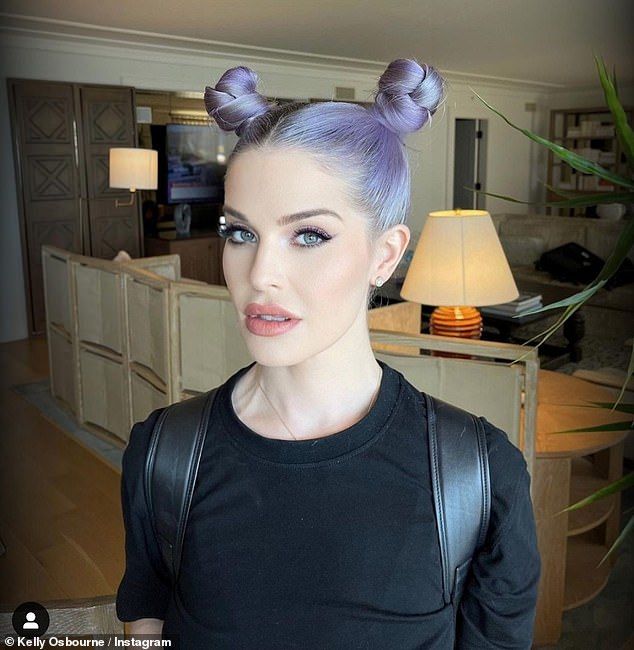 Kelly wore an all-black wardrobe with a relaxed T-shirt and a leather rucksack to keep things casual.

The TV star, who has 2.3 million Instagram followers, often posts glamorous self-portraits to her page.

In August of last year, she announced that she had undergone hidden gastric sleeve surgery to lose weight.

She added: 'All it does is change the shape of your stomach. I got that almost 2 years ago. I will never lie about it ever. It is the best thing I have ever done.'

Kelly also discussed the injections she'd undergone to alter the shape of her face and make her jaw look skinnier after suffering from TMJ on the Hollywood Raw with Dax Holt and Adam Glyn.

'One thing I did that changed my face,' she added. 'I had bad TMJ. One of the things they did to stop it was they gave me injections in my jaw. It kinda made my jaw look skinnier.'

'That's when people started to notice that I had lost weight because it changed the shape of everything.’ 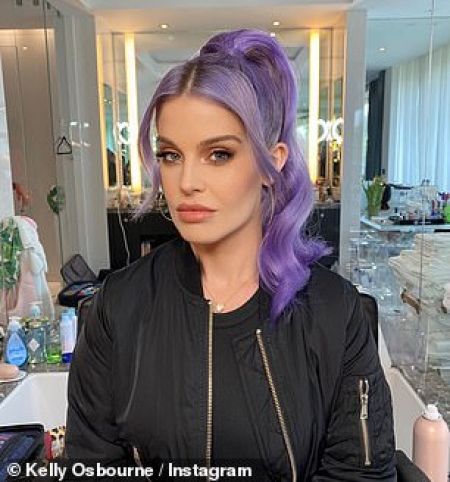 'I found out It’s called buckle fat. It changed everything on my face! How the f*** did I not know about this sooner?'

Kelly wrote about her problems with weight gain, as well as her substance abuse issues, in her 2017 memoir, and characterized herself as having "a little dumpling body," which discouraged her from going to the gym and exercising in the company of thinner people. 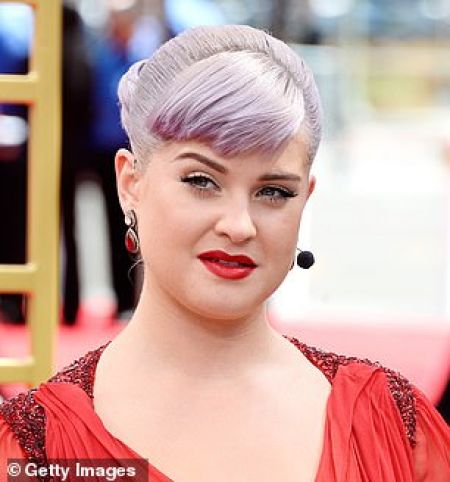 Kelly said that she needed to change her mind and get sober before making any major decisions.

She explained on the podcast: 'The number one thing I had to do was get happy. I had to fix my head before I could fix my body. You can never go into this if you’re not in a good mindset.'

'I stopped drinking, which is the best thing I've ever done. I wanted to fix the things that were broken in me. I'm not perfect. I still make a lot of mistakes. I have bumps in the road, I fall, I get back up again.' 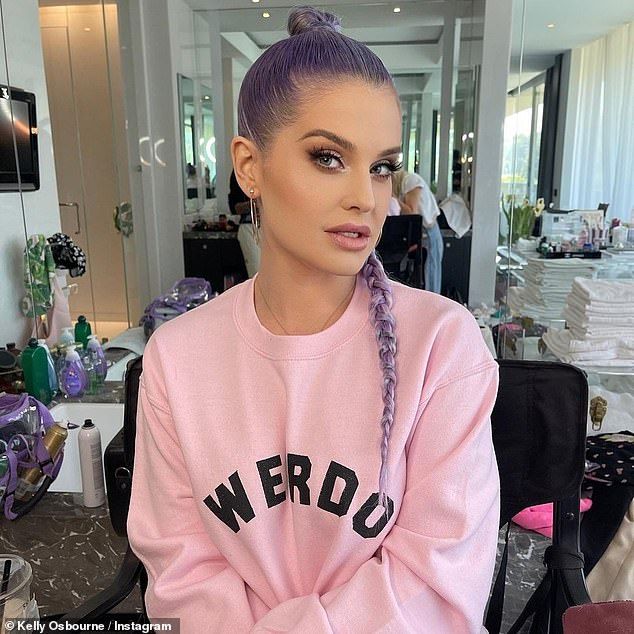 Kelly recently revealed information of her sobriety relapse, demonstrating the speed at which she reverted to old habits.

'I went away with my friend and people were by a pool, drinking champagne,' she told The Sun. 'I was like, "I can have a glass of that." And I had one glass and I was fine.

‘But it went from having one drink here, one drink there to three bottles of champagne and 24 White Claws a day.'

In a recent interview on Dax Shepard's Armchair Expert podcast, Kelly elaborated:  'I can't drink the same that I used to.' 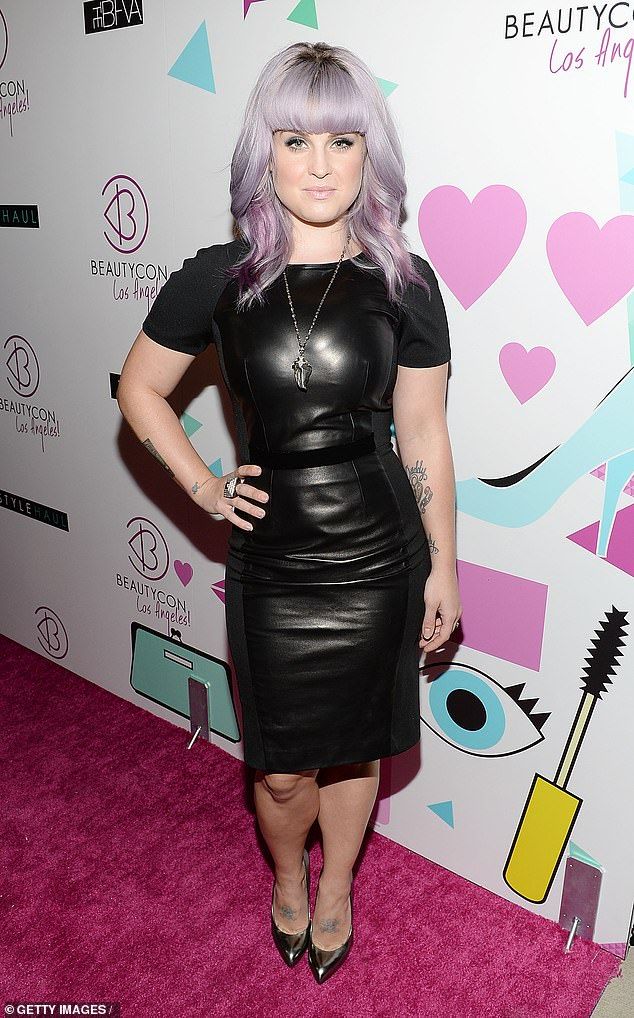 'It wasn't fun ... it wasn't until I found myself last weekend covered in ranch dressing by my friend's pool, sunburnt, looking like a piece of s*** that I was like, "Maybe I don't have this under control."'

'I'm that girl that when everything is going great I need to f*** it up a little and make everything a little bit worse in my life,' said Kelly. 'I am an addict and had thought that I had enough time under my belt and I could drink like a normal person, and it turns out I cannot and I will never be normal.' 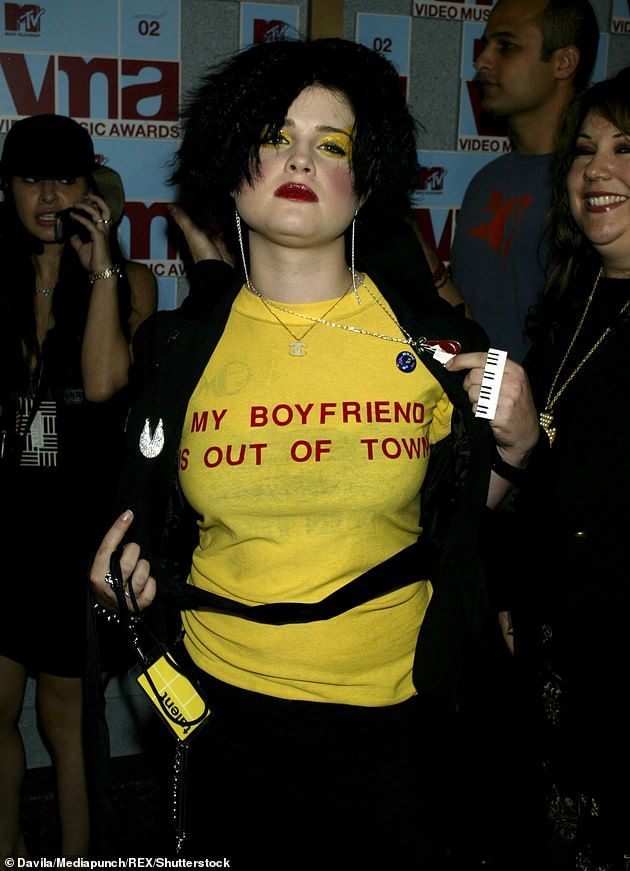