While many of us are living privileged lives, there are many people in this world who don't have access to clean drinking water. The sad reality is that because of no access to clean drinking water, every year many people die of disease, and children are especially affected by this. This NGO however, is working on its part to change this reality and in a now successful pilot project, has installed a solar-powered desalination system to bring clean, healthy water to the people in Kiunga, a rural village in Kenya. 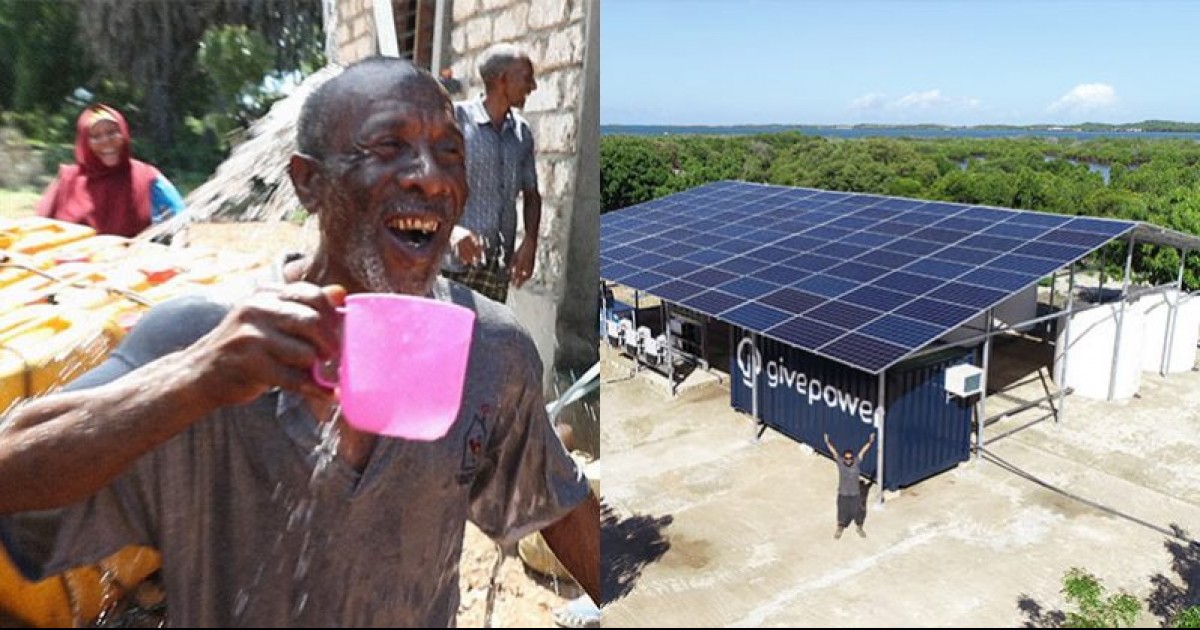 70% of the Earth is covered with water and despite this fact, 758 million people in the world have access to no clean water.

The issue is that the major source of Earth's water supply is found in the oceans which is saline water and not considered drinkable water. The rest is found in rivers, lakes, and freshwater that is mainly found underground.

According to the World Economic Forum, the global water crisis ranks as the number four risk in terms of impact on society. 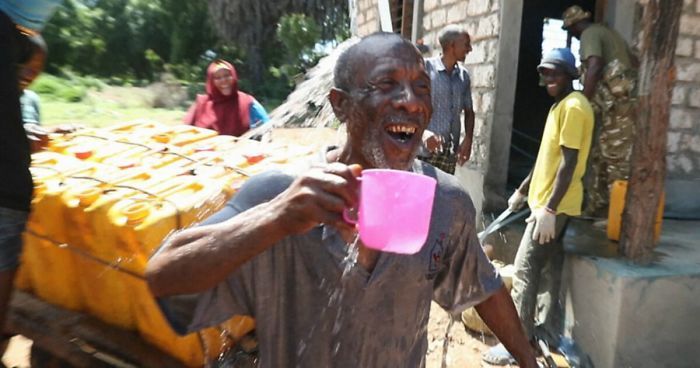 People who belong to developing or developed countries won't understand the seriousness of this situation. This, however, is not the case for billions of people living on other continents. One NGO (Non-Government Organization) has taken on an initiative to change that.

Give Power is an initiative that focuses on installing solar energy technologies that will bring essential services to developing communities in need. Their most recent project installed a solar-powered desalination system to bring clean, healthy water to the people in Kiunga, a rural village in Kenya.

This technology will convert salty water of the ocean to potable water. The system is capable of producing about 70 thousand liters or drinkable water every day, which is enough for up to 35 thousand people.

One report by WHO suggested that around 2.2 billion people worldwide do not have access to safely-managed water services, 4.2 billion people do not have safely managed sanitation services, and three-thousand-million lack basic facilities for washing hands and with the pandemic where the focus is on washing hands and maintaining hygiene, the issue of water crisis has unfortunately exacerbated. 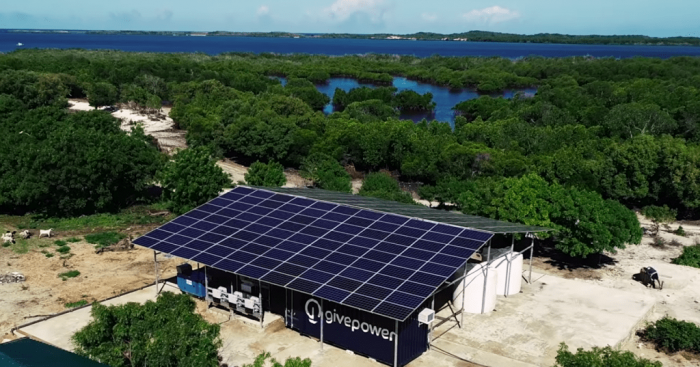 This is particularly a sad reality for people in poor or rural areas. Data shows that eight out of ten people living in rural areas lacked access to basic sanitation services, and coverage of basic services among the richest groups was at least twice as high as the poorest.

One way to separate salt and other minerals from water to make it drinkable is by the process of desalination. This is done by passing water through a very fine membrane.

The issue however here is, any solution (water included) likes to stay balanced. It naturally wants to have equal amounts of water, salt, and minerals on either side of the membrane. This is called osmotic pressure. In order to remove the salt and minerals from the water, you have to overcome this force, which requires immense amounts of energy. 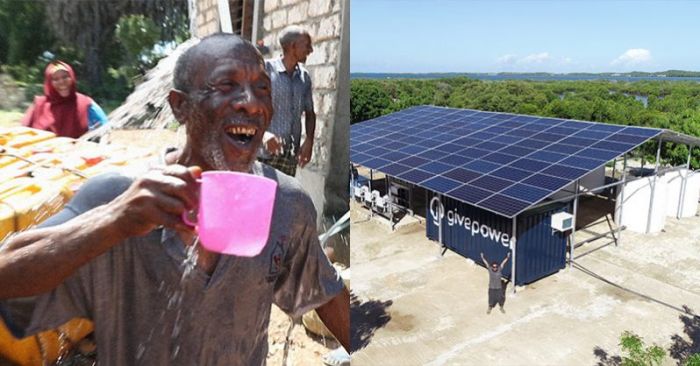 Give Powers has resolved this problem through a new technology called “solar water farms”. The system uses solar panels that produce fifty kilowatts of energy, the energy is stored by two high-performance Tesla batteries, and it uses two water pumps that operate 24 hours per day.

This produces water of much better quality as compared to the traditional desalination process and also not creates pollutants that are harmful to the environment and the animals. 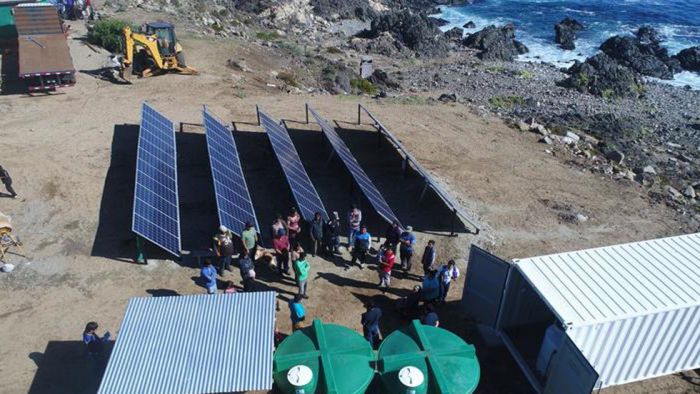 Before GivePower installed their new solar-powered desalination system, the people of Kiunga, Kenya used to travel an hour every day to collect water.  This water they collected used to come from a well that was used by animals bathing too and contained many germs and pollutants too.

This was the only water for them to drink, bathe, and wash their belongings.

“They were basically poisoning their families with this water,” says Hayes Barnard, president of GivePower.

Now, the 3 500 residents of Kiunga have fresh, safe drinking water coming straight from a tap. 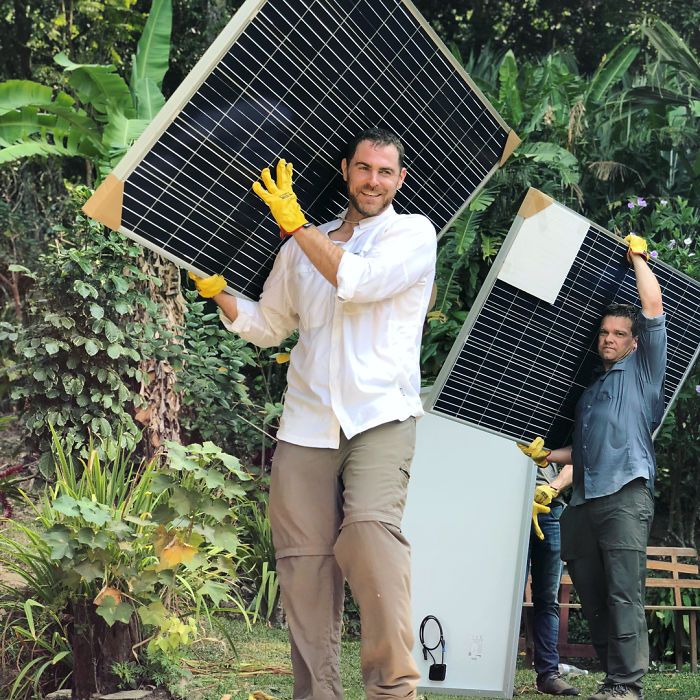 After an impressive success in their pilot project in Kiunga, GivePower plans to build more plants to relieve water scarcity in other parts of the world. They have already installed solar panels in 2 500 schools, businesses, and emergency services in seventeen countries, and are raising funds to build more “solar water farms”. 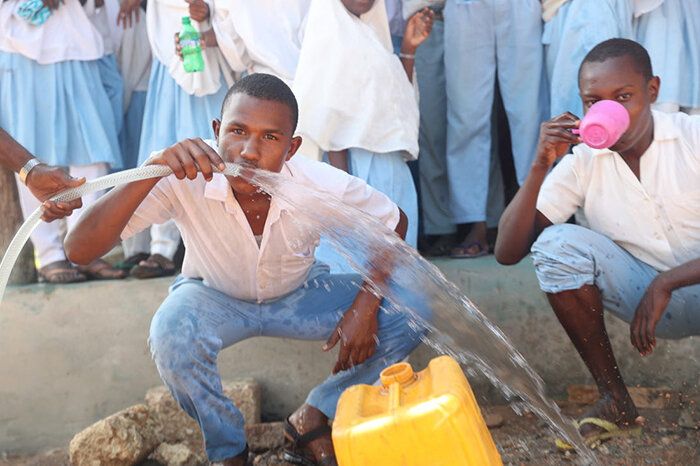