Kevin Hart Makes A Total Ass Of Himself At The Superbowl, And His Apology After The Fact Wasn't Much Better

SuperBowl LII was probably one of the most amazing games we have ever seen. It was a real nail-biter that kept Patriots and Eagles fans sitting on the edge of their seats right from the beginning. When the Eagles got their win, fans of the team went wild! This included long-time Eagles fan, Kevin Hart. 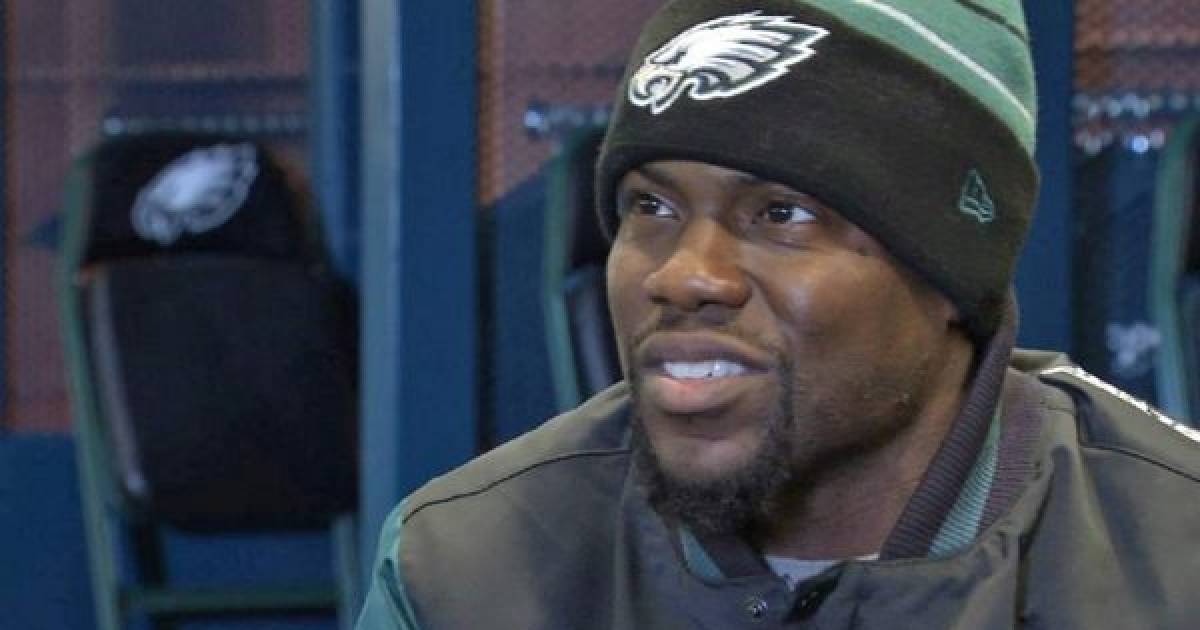 It is no big news that Kevin Hart is a die-hard Eagles fan. What the world did not expect was to see him start off the winning celebrations in the most embarrassing way. The comedian besieged the on-field NFL Network set after the Eagles' 41-33 win over the Patriots after the game. 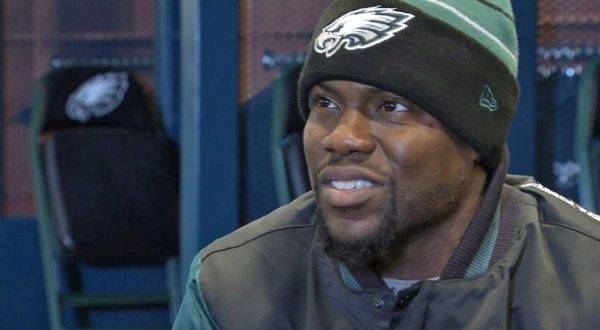 He interrupted an interview with Eagles defensive lineman Fletcher Cox. As if that was not bad enough, he even dropped an F-Bomb on the air. He was clearly drunk as he slurred his words while exclaiming, "Philadelphia’s a great city. I thought, I hope this is an example of what we can do. We gave a f–k … ooh" He then laughed, dropped the mic and said, "I'm out."

Kevin Hart made it onto the NFLN set, declared that he was drunk, then dropped an f-bomb pic.twitter.com/Wpt4H01mqM

He was clearly intoxicated.

Before making a scene on national television, Hart had already announced that he was drunk to a national audience. He posted 30 hashtags that people are still trying to decipher even after the game is over.

Hart was born and raised in Philadelphia before he moved to New York to pursue his career as a comedian. Apparently, he wanted a moment of his own after the game. He tried to get up on the stage in order to receive the Lombardi Trophy alongside team owner Jeffrey Lurie, coach Doug Pederson, tight end Zach Ertz, and MVP Nick Foles. However, security blocked his path to the stage. 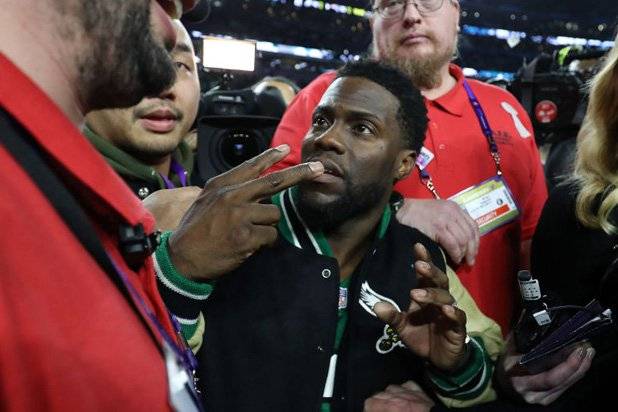 Here you can see Hart arguing and trying to push his way past security. Ertz had to squeeze around the scene in order to make his way up to the stage.

Yoooo. Is that Kevin Hart trying to get past security and being denied?!? 😭😭😭😭 #superbowl pic.twitter.com/gzag0XqmAZ

After his failed attempt to join in the festivities, Kevin Hart posted an apology video on his Instagram account. It was more like a rambling statement where he first addresses kids telling them that drinking is bad and they shouldn't do it. He then carries on talking about his interaction with security and how his wife told him not to try to get up there. 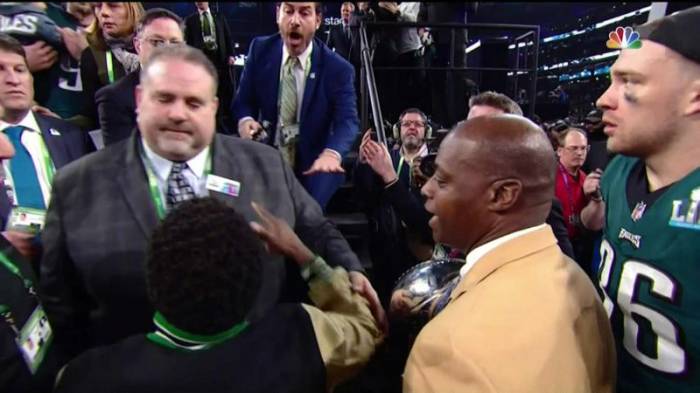 Even though he seems to start the video reaching out to a younger audience, he goes on to use a slew of curses while making an apology for his behavior. We all know the comedian is not known for talking without cussing, but parts of the video, for me personally, just did not make this feel sincere in the least. I especially cringed when he said, "Shut up, Bitch" to his wife. He was right about one thing. He certainly does dumb stuff when he has alcohol in his system.