Posted by Editorial Staff in Bizarre On 4th March 2021
ADVERTISEMENT

A viral video on social media reveals a KFC employee hurling homophobic words towards a couple in the car. The manager eventually had to intervene to stop the argument from escalating but even that didn't stop the employee from insulting the customers. 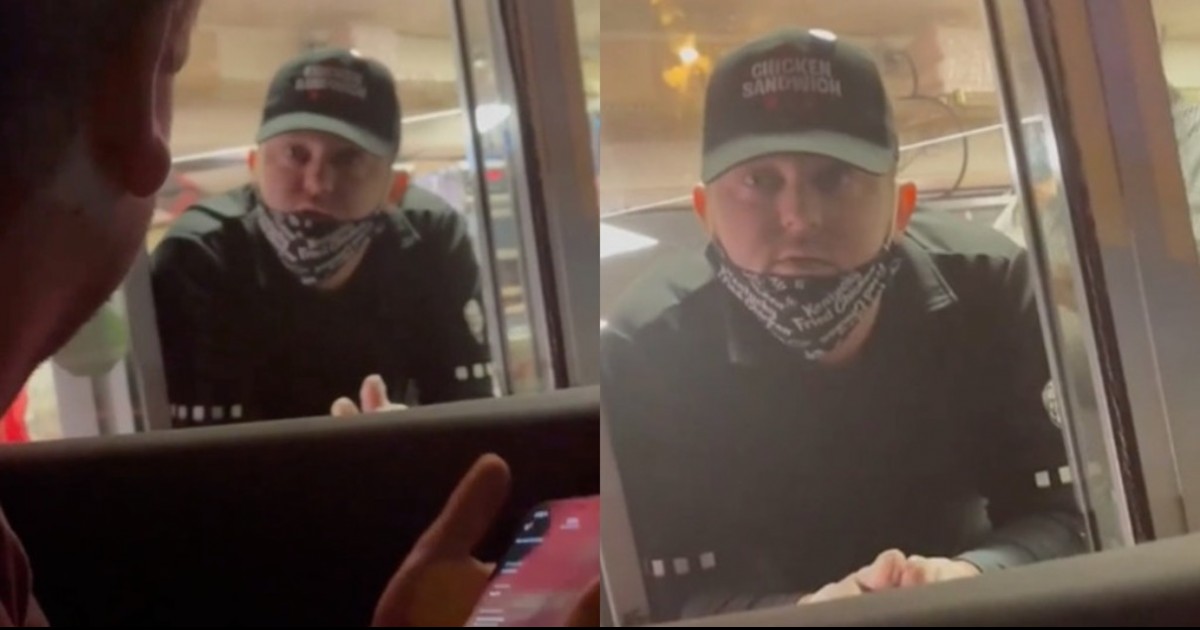 This Illinois couple was left baffled after they faced homophobic slur at KFC drive-through by one of the employees.

As the video clip starts from the middle of the heated argument so it is not really clear how the incident started but observing the employee's behavior it is quite evident that he has a problem with the men sitting in the car.

The employee could be heard saying: “I don’t give a f—k about no video, this isn’t the first time I’ve been on it.”

When the driver asks something finishing with “why?” the worker responds: “Why? Because you’re f—king queer.”

The couple was left stumped after hearing the homophobic tone.

“So you just called me a queer?” the driver asks.

“I just called you a queer,” he agrees.

Someone sitting in the backseat slanders back at the employee, calling him a “fat-ass bitch.”

Conversation Heard In The Footage

“We’re really gay,” the passenger tries to explain. “That’s the thing, though. You can’t do that.”

The KFC worker says that he “doesn’t give a f—k” if they’re gay, before doubling down: “This motherf—ker looks queer, so he can get the f—k out of here.”

A manager eventually comes by and shuts the window, then also the worker throws a “fag” into his mix of slurs.

According to WAND17, the guy in the front seat of the car were Joshua Garner and his partner, Lee Walls, and they waited at the restaurant to pick up a DoorDash order when the argument started.

The Worker Got Terminated

Though from the video clip it is quite evident that the management is not very interested in stopping their employee from disrespecting customers like this bit after the video went viral on social media KFC confirmed that the employee in question has been fired from his job.