Posted by Sama in News On 29th April 2018
ADVERTISEMENT

Although the exchange of words between the two leaders was mostly scripted there were moments where the two leaders made small jokes. According to the Daily Mail, Kim even referenced his decision to stop firing missiles, quipping to Moon that he 'won't interrupt your early morning sleep anymore'. Leaders from both the side of the country had a welcoming lunch where the menu consisted of famous dishes from both North and South Korea and the dessert was decorated with the map of Korean Peninsula. By the end of the Summit, both the leaders will be signing a pact and make an announcement. 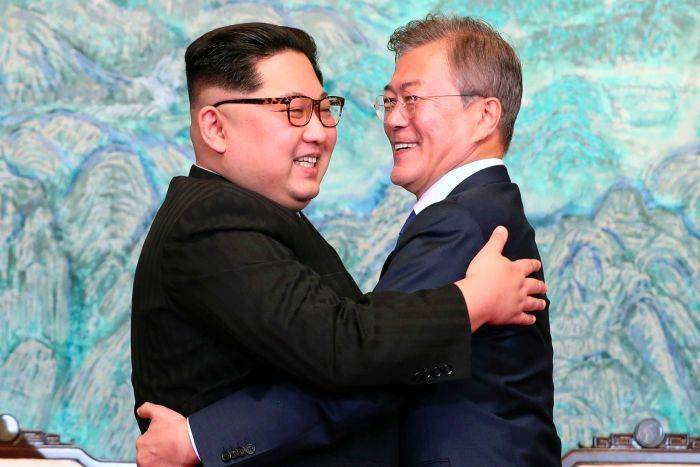 Adam Mount, the senior fellow at the Federation of American Scientists, told CNN, "The success of this summit will not be known today but will depend on the reactions from Washington and Pyongyang over the coming days anda weeks. North Korean cheating and US ambivalence has caused the collapse of all previous openings."

#6 White House Has Released Its Own Statement

White House in its statement praised both the sides of the country for their role in trying to maintain peace and hopeful that talks will achieve progress toward a future of peace and prosperity for the entire Korean Peninsula', adding that it looked forward to continuing discussions in preparation for the planned meeting between US President Donald Trump and Kim Jong Un in the coming weeks.