Pudding barked at the stary cat to get its attention before bringing back some food for the cat to eat. The cat feared Pudding might attack. 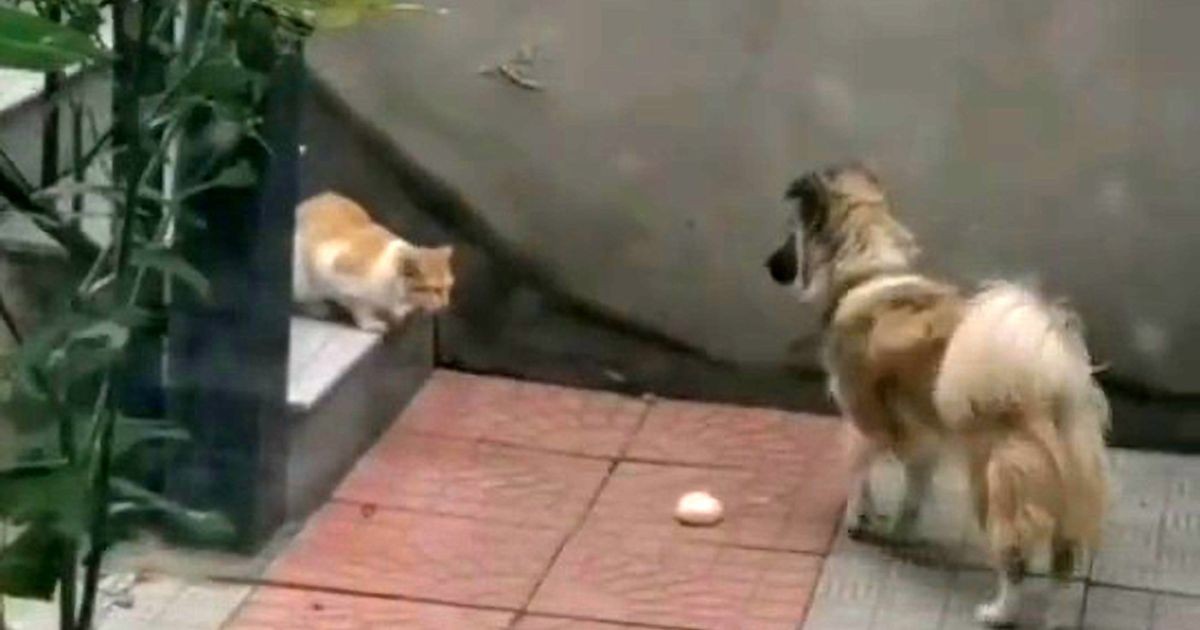 Heartwarming footage of a caring dog, Pudding, has emerged bringing food to a starving feline

The clip was shared on China's TikTok equivalent Doyin. Ms Fu, Pudding's owner initially feared that he might attack the cat when he dropped the mean bun in front of the cat in the courtyard outside her house in Weifang, east China's Shandong province.

Pudding can be seen wagging his tail as he greets the small cat by the stairs in the courtyard, while patiently looking at the cat as if he is giving the signal to pick up the food. 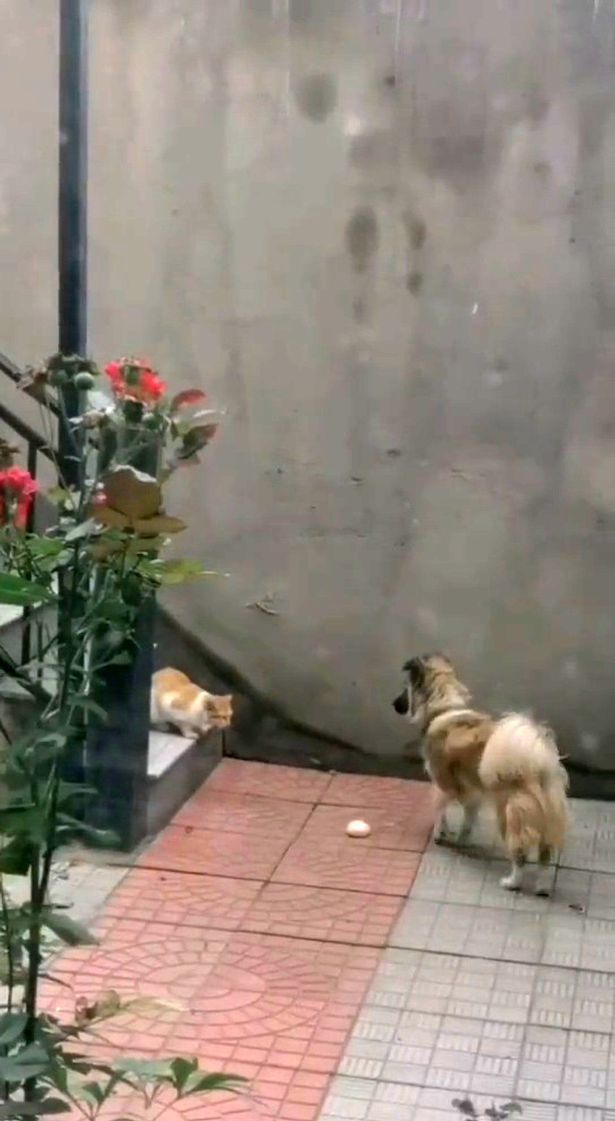 The cat keeps her guard up and stares at Pudding until it can't resist the food, it takes a cautious bite on the bun and quickly scurries back up the stairs as its newfound friend watches.

It came as a shock to Ms Fu seeing her pet being kind-hearted to the cat.

"I caught the moment by chance. It happened in the courtyard outside our house on August 20." 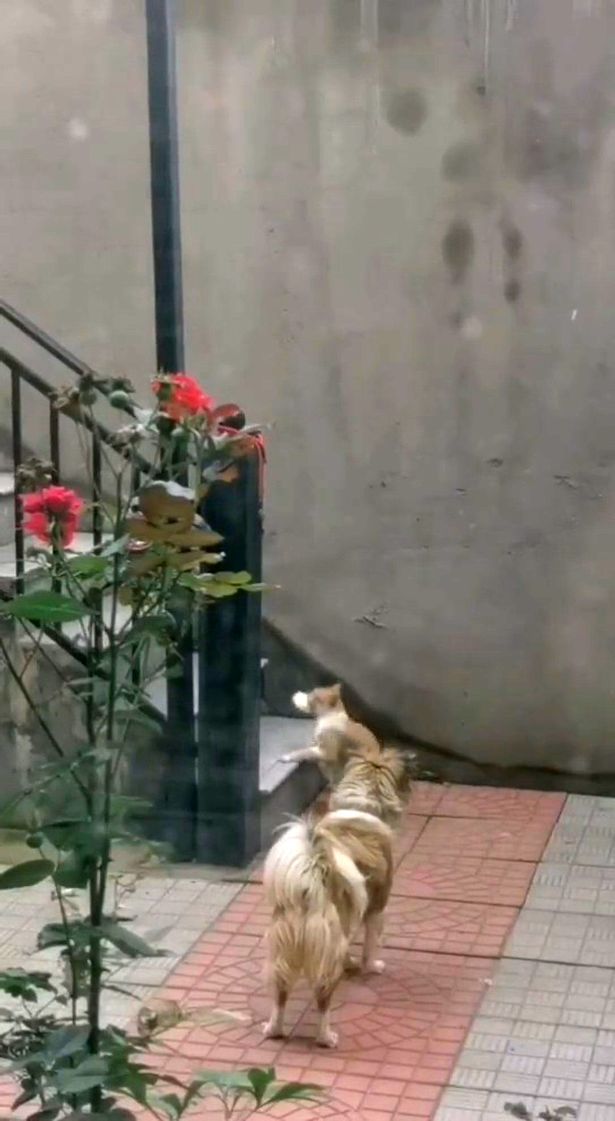 "I was working downstairs that day when I heard our dog barking at the top of the steps. When I looked over, I saw it going to its kennel to fetch its meat bun, then it barked again."

"That’s when I noticed the cat at the top of the steps. I thought it was going to use the bun as bait in order to catch or fight the cat."

"I never imagined what happened next – our dog gave the meat bun to the cat."

She revealed that she had welcomed Pudding to her family two years ago and it has lived in the courtyard ever since.

"I was very touched by the moment, because our dog is a guard dog, and usually very protective of its food," Ms Fu added.

"The cat was scared and wouldn’t come down the steps, so our dog stood back and kept its distance, allowing the cat to approach."