Posted by Annie N. in Relationships On 6th December 2021
advertisement

For those stuck in quarantine with little to no contact with humans during lockdown, romance is going to be a little awkward post-pandemic. Sex expert says kisses would be clumsy, awkward and ‘squelching’. 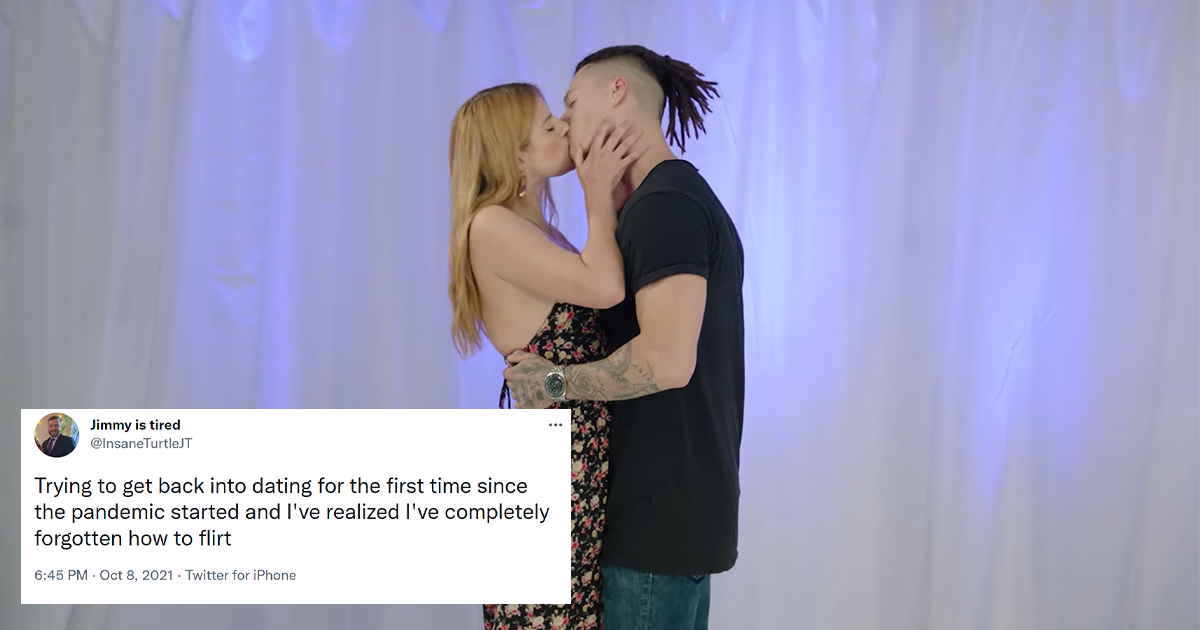 Lockdown meant that you couldn’t reach out to your loved ones, go clubbing, hug your friends and for your single friends meant living a near celibate life for two years.

Sex expert Alix Fox who also works on the show ‘Sex Education’ as a consultant said that singletons coming out of their homes in romantic pursuits should be prepared for some weird experiences.

With all of us a little bit rusty from the gap in our experience, getting frisky might prove to be a little bit more complicated.

She also partnered with Wrigley’s gum on an experiment that brought 40 strangers together to share a kiss. The awkwardness brought to question why young ones were so hesitant to become intimate after the pandemic and why there was such awkwardness when initiating intimacy.

Fox says there’s no reason to be too harsh on yourself.

“The survey of 2,000 brits was conducted entirely with people under 30 by Extra gum. One of the findings that came out of that was 77% of people worried they were out of practice just from talking to a date.” 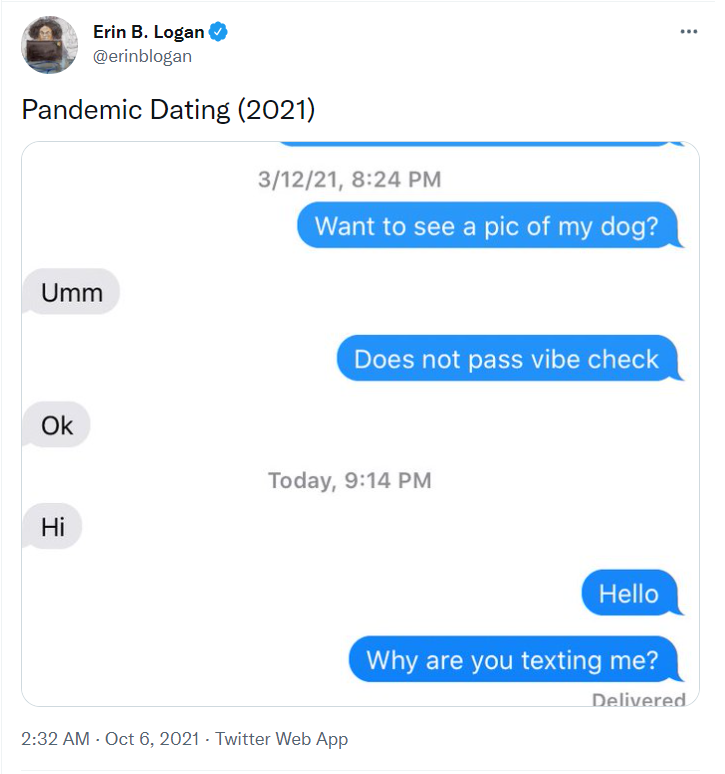 She added that this “universal feeling of anxiety, nervousness and sensation of being a bit rusty, dusty and severely out of the saddle when it comes to all things intimate” is natural “so we have to forgive a little bit those false starts”.

She further added that this just wasn’t even a very exciting time to connect with new people. While before you could talk about your day, your hobbies or have exciting news, recent exchanges would only have you talking about being trapped inside and thinking about the things you wish you could do. 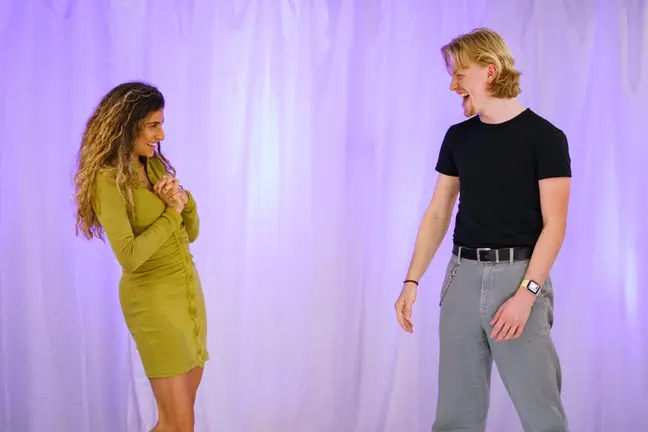 This pause in their lives has also had ripple effects on other aspects of their life, making them focus on other goals as well.

She said young people were “genuinely concerned that missing 18 months of their life at what they see as a pivotal stage of their existence will absolutely ruin their chances of having the career that they want”.

“These days we speak a lot about slashy careers, but I think there’s an expectation that young people won’t just be good at one thing, but that they’ll have multiple strands to their careers. There’s this expectation that everyone has a side hustle at the moment. That not only do you have your main thing that you’re concentrating on but something else concurrent to that.”

The stress of having, not having, searching for or losing your job has taken a toll on people still trying to find a footing in the career ladder. This has led to a mental heath crisis which puts romantic pursuits firmly on the back burner.

“There are many pressures on young people really. I think one thing which is left out a lot is actually asking young people themselves what do they feel pressured by? Rather than assuming we know what’s going on in their heads and just asking them directly, and what kind of support they’d appreciate. Working with young people is as important as working for them.” 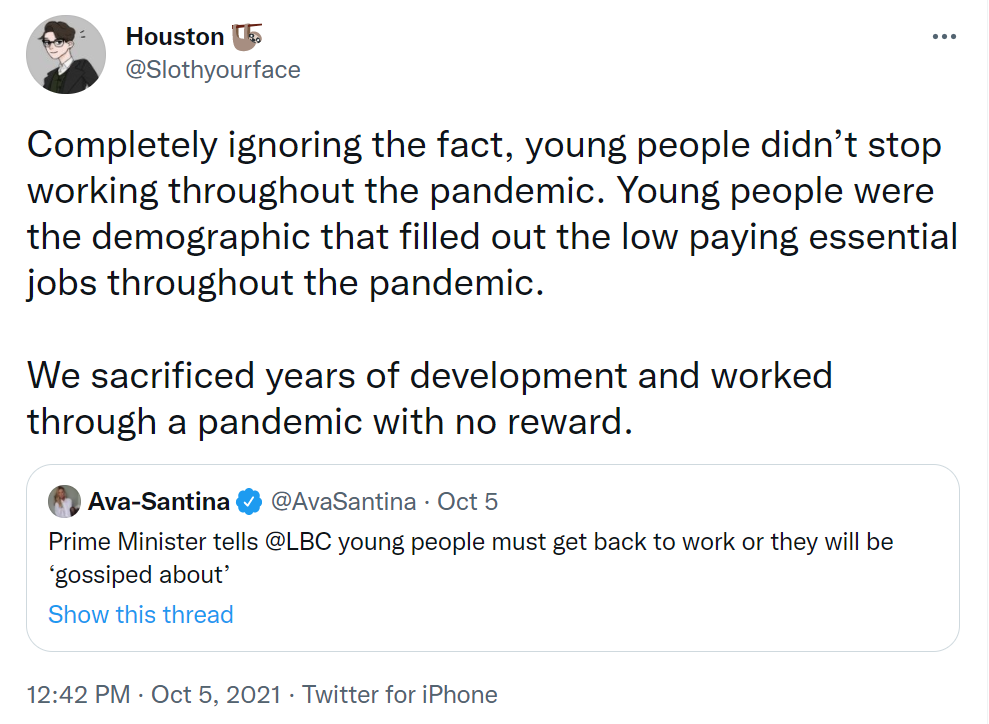 “For a start, we need to make sure that that curriculum is fit for purpose. Are we talking about things that young people do really want to know about? Are we including LGBTQ+ themes sufficiently within that topic? Are we giving age appropriate information which is going to be easy to understand by all those people? Is it speaking to the problems they personally face and tailored to cultural and individual interests and experiences enough?” 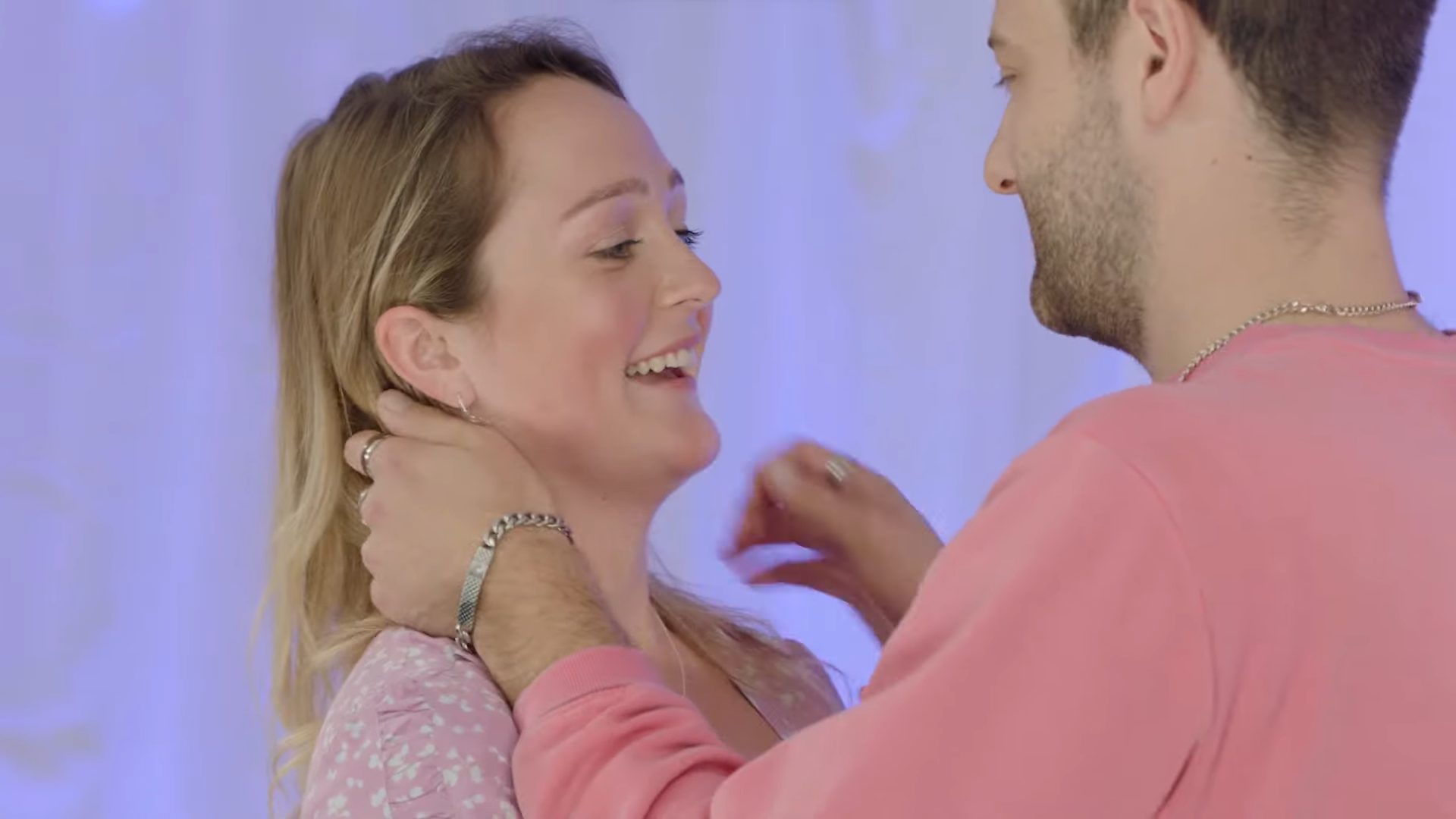 Open and honest conversation can go a long way towards changing things. “More than anything, I think we need to make sure young people don’t feel so ashamed and so frightened that if they do admit that they have questions or are facing issues or in some way struggling, that they won’t get in trouble if they admit to that.” 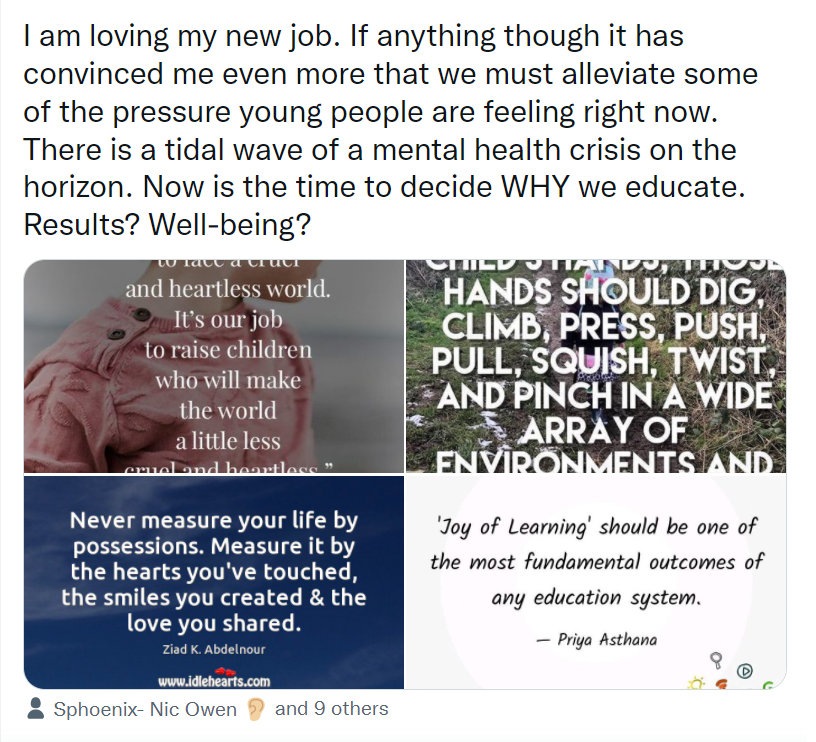 For those worried they have to jump straight into the pond as the gates open, Fox says there is no pressure “You’ve been through a period of human history, that in our generations at least, hasn’t been seen before on this scale. It is unprecedented. Of course, you’re going to be impacted by that and it’s going to have affected your confidence.”

“Secondly, I’d say just because you can now, doesn’t mean you have to. We know that one in five young people haven’t kissed a love interest for a year and a half. Lots of those people will be really raring to go and really enthusiastic to get out there. Other people it might not be there time just yet. They might want to take things a bit more slowly and that is fine too.”

“Just because you’ve now been given official permission by the government to go and lock lips, doesn’t mean you have to go and jump to it. I’m really anxious that no one feels pressured or coerced to be physical now simply because they’re allowed to.”

She further adds that one should expect, “squelching, unfortunate bashing, smashing or clanging” as a result of being out of practice. 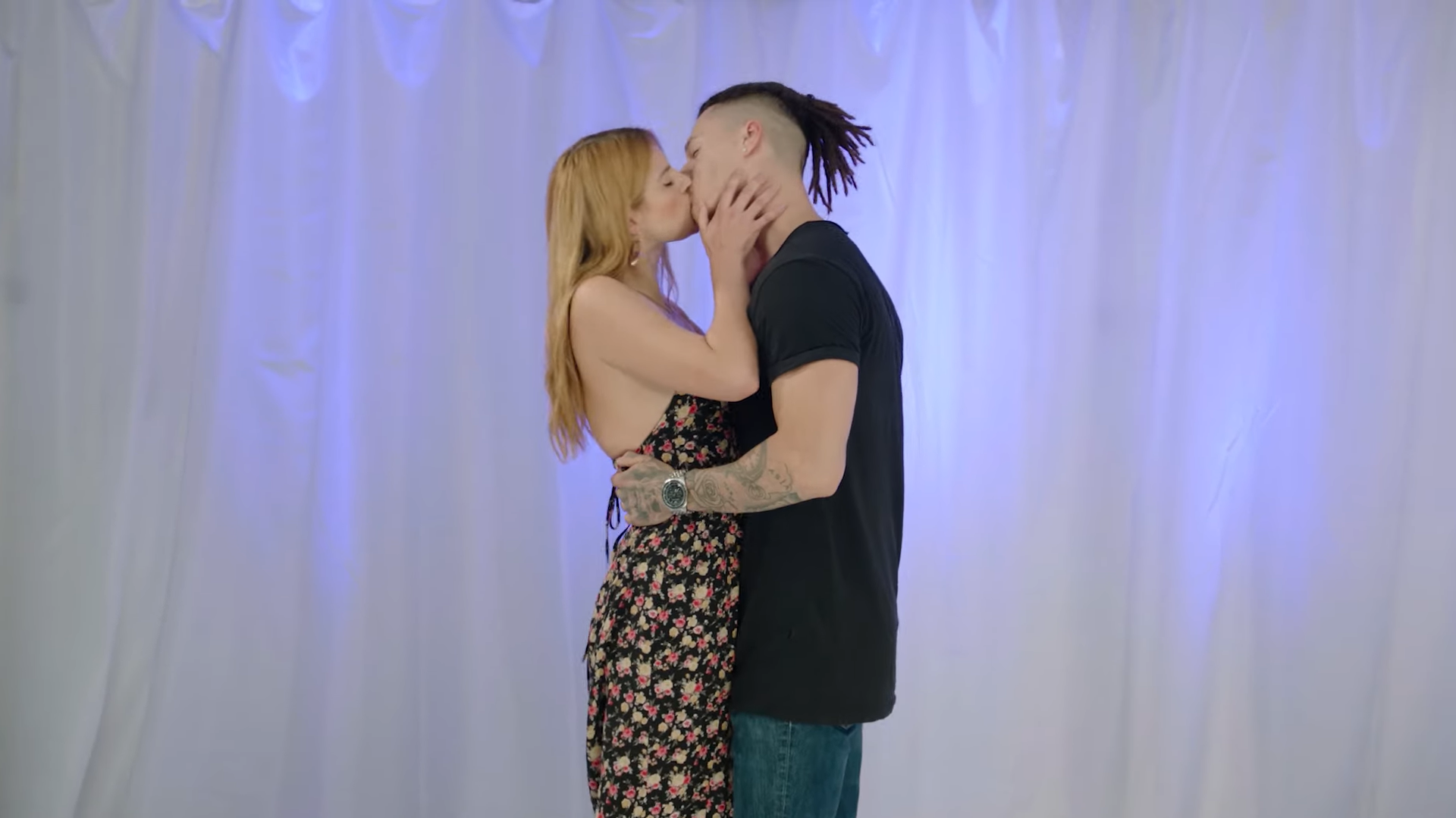 “If you have a mid-path tooth clash or there’s an awkward slurp sound then don’t stress out about it too much. If one of you leans the wrong way or there is a bit of a hiccup, the best thing to do is laugh about it and move on. It actually shows maturity and reassurance towards the other person,”

She also said you could take steps to calm the nerves. “We know that 84% of people are suffering from fear of flirting and feeling genuinely nervous about this. So spending some time, just coming up with three or four topics that you think are interesting so you feel confident about your chat before you go out, can be a really good move.” 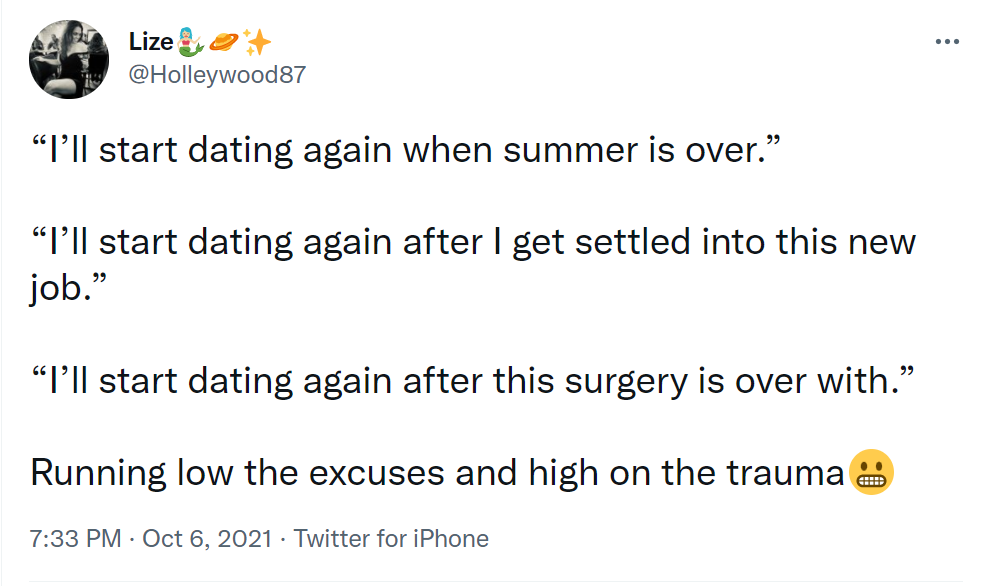