Posted by in Bizarre On 9th June 2022
advertisement

When you try to be over-smart with a wild animal it does not always go as planned. Don't do something that can lead to you winding up in a hospital bed. This zookeeper in Jamaica learned his lesson the hard way after he was seen teasing a lion in his cage but things went out of control after the lion decided to attack him. 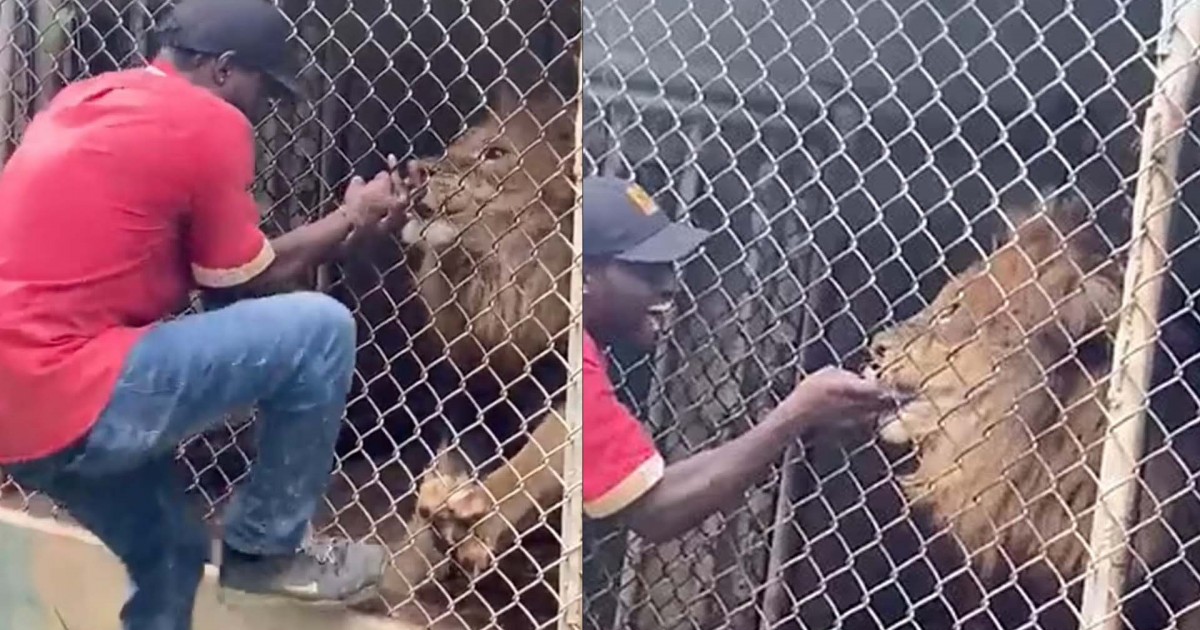 Footage shared on social media showed a zookeeper teasing a lion and sticking his hand inside the cage. You know what they say, 'Never test anyone's patience or you will end up a patient.' 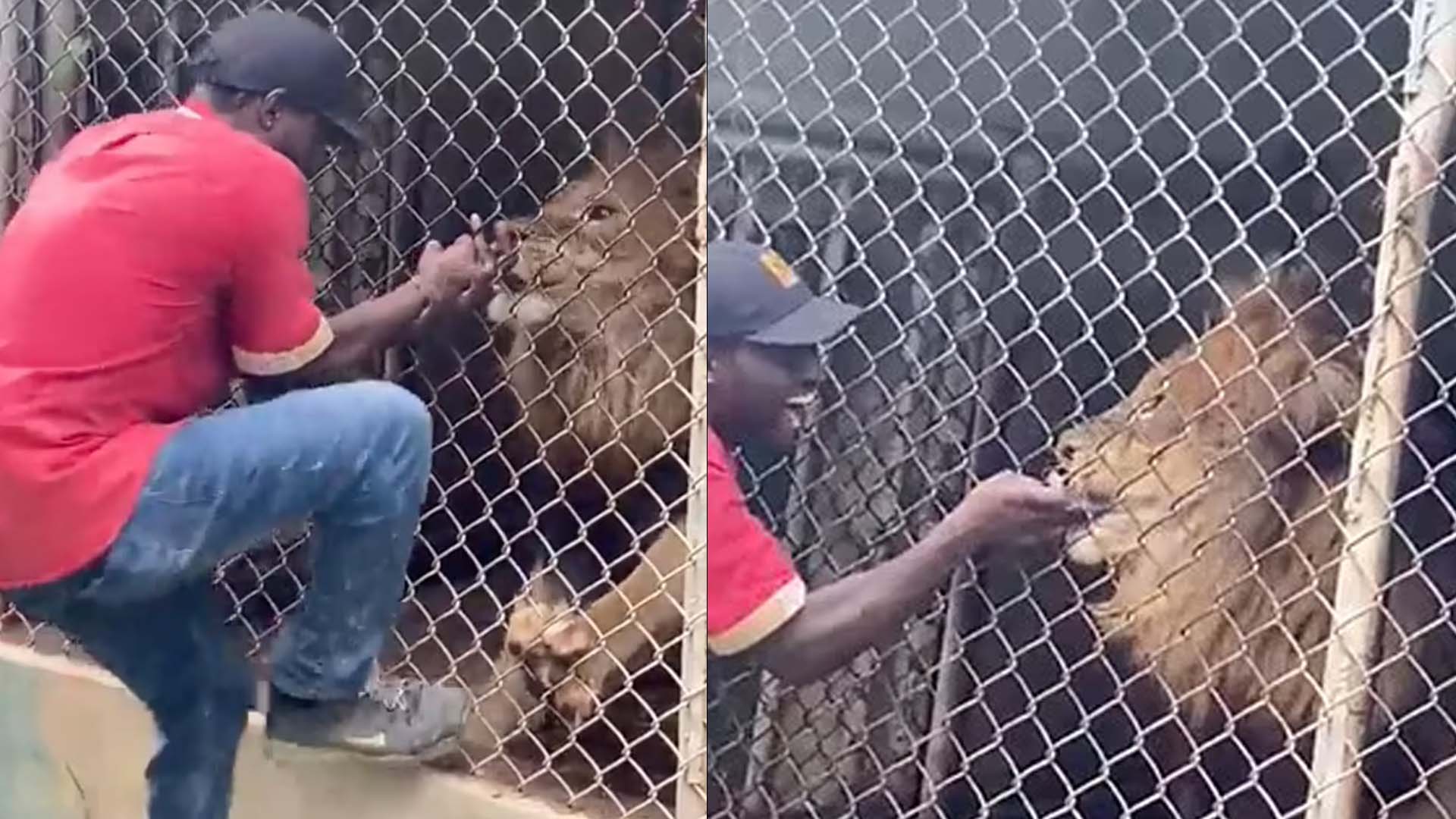 We have always known that lions can be friendly only to a certain degree. It always remains wild and ferocious. Even the friendliest ones can be fatal within seconds.

Well the zookeeper in Jamaica learned it the hard way. 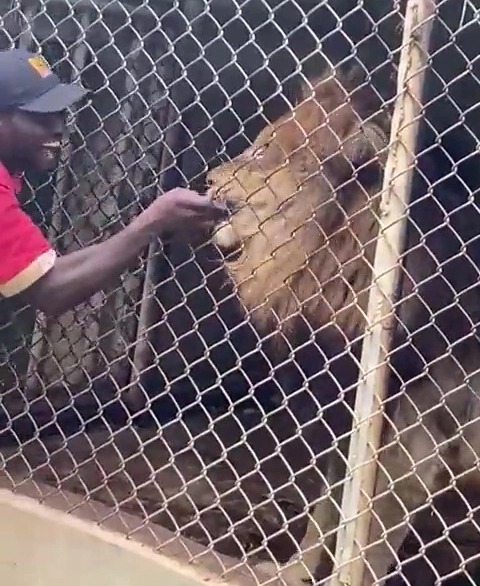 He immediately regretted it. The lion bites down clamping its jaws around his fingers.

The man screamed and tried to pull his hand but luck was not on his side. He struggled for a bit and as soon as the lion let go the man fell to the ground and part of his right ring finger was bitten off and severed. 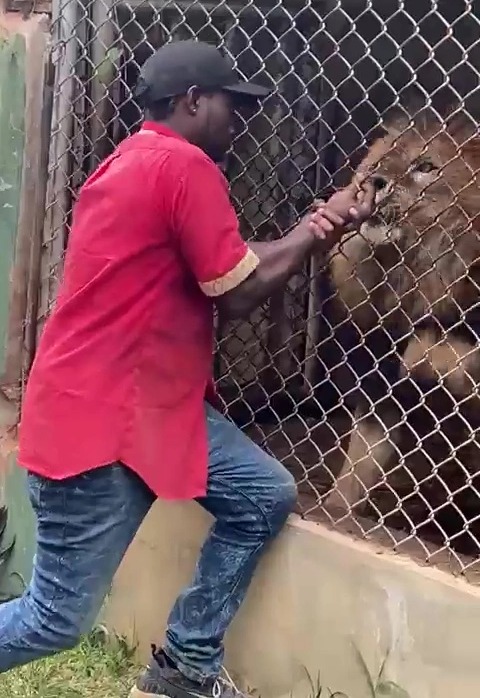 It became quite a horrifying show for the visitors.

Seeing this incident, it seems like this saying is true, that those who wish to pet and baby wild animals 'Love' them. But those who respect their natures and wish to let them live normal lives 'Love them more'. 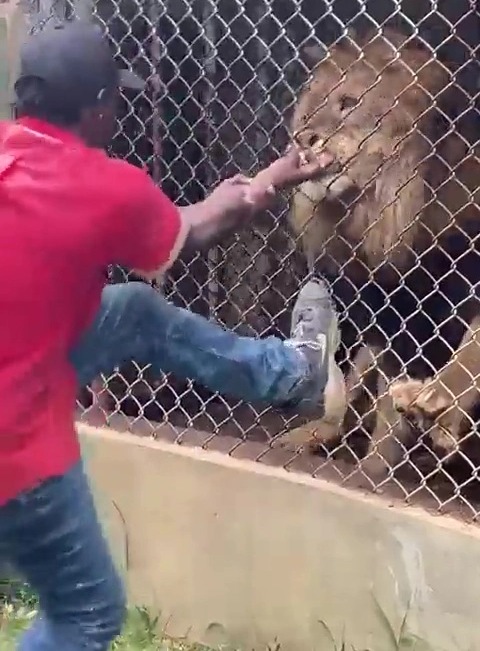