Posted by Sumaiya Ghani in Amazing On 12th January 2021
ADVERTISEMENT

Bridger, 6, was called a real-life hero and praised by celebrities after he saved his sister from an aggressive dog. He told his family; “If someone was going to die, I thought it should be me.” Recently, his family shared pictures of his incredible recovery after a team of top doctors treated his facial scars without charge. 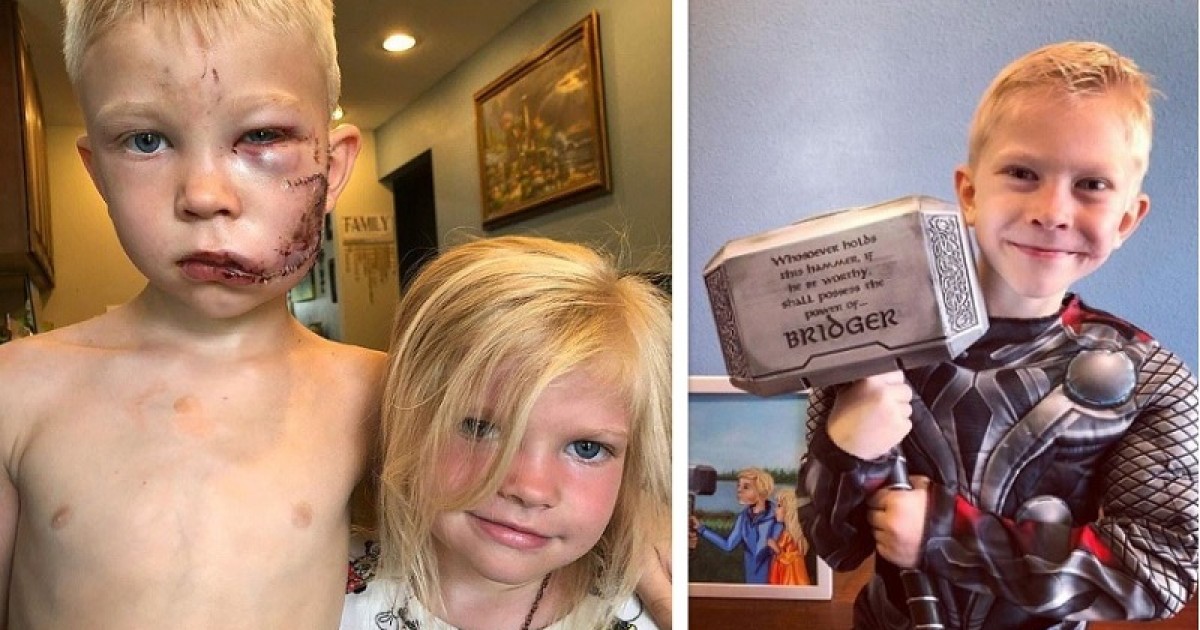 Bridger Walker, who loves superheroes, turned out to be a hero himself when he saved his little sister from the attack of a charging dog

This 6-year-old boy was praised for saving his baby sister from the attack of an aggressive dog. As a result, Bridger was severely injured and got 90 stitches on his head and face.

Inspired by his bravery, a team of incredible doctors decided to treat his facial scars pro bono to bring the smile back on the little boy. 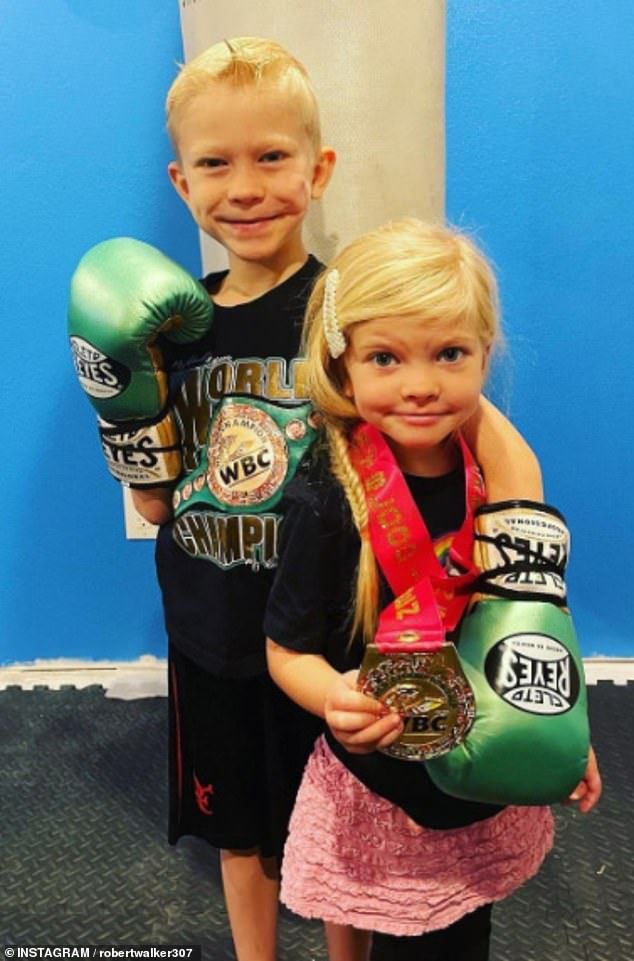 The boy is recovering remarkably with the help of top dermatologists — Dr. Dhaval Bhanusali, Dr. Cory B. Maughan, and Dr. Sandra Lee, a.k.a. Dr. Pimple Popper. This team of top doctors has ensured he is getting top-of-the-line laser treatments. 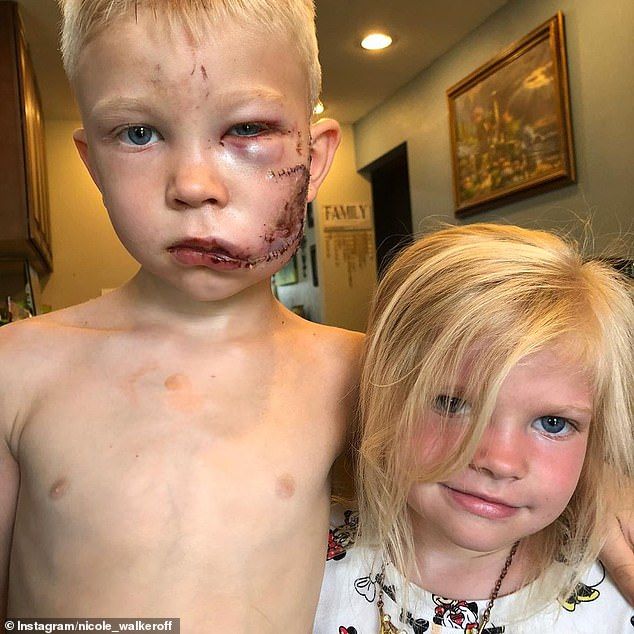 Since the incident, Bridger has undergone two rounds of treatments

The treatments were done to reduce the redness and bumpiness of his scars and bring his facial features back to normal.

Bridger's stitches were removed in August after which his family traveled to New York for his first session with Dr. Bhanusali. The Dr. used Sciton erbium and Cutera excel V+ lasers to smooth the skin before the scars' curves set in.

'Every once in a while, we come across patients who do more for us than we can ever do for them,' Dr. Bhanusali said. 'Bridger inspired me and in a time where so much negativity was surrounding the world, he provided hope and represented all that is good.' 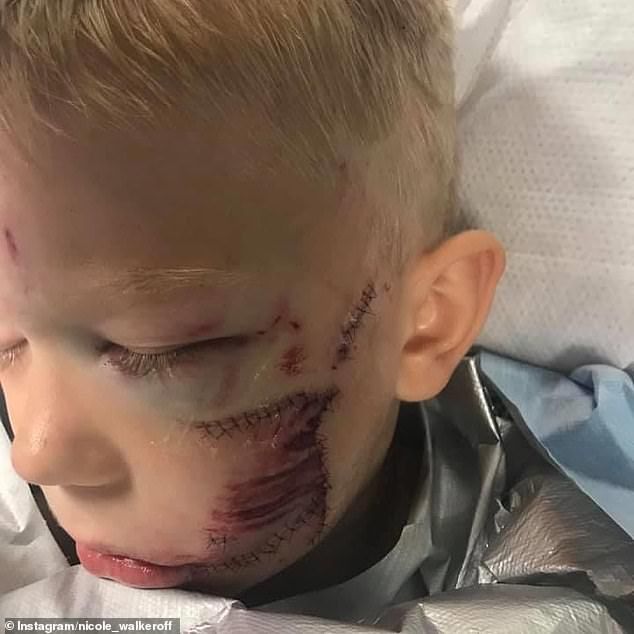 'It is my greatest privilege to try and help, and while a few of us may get the credit, this story is more about the dermatology world coming together to help a little boy who is truly a hero,' he added.

'We are fortunate to be in a place where we can help heal and I’m just thankful to be part of this wonderful dermatology community.' 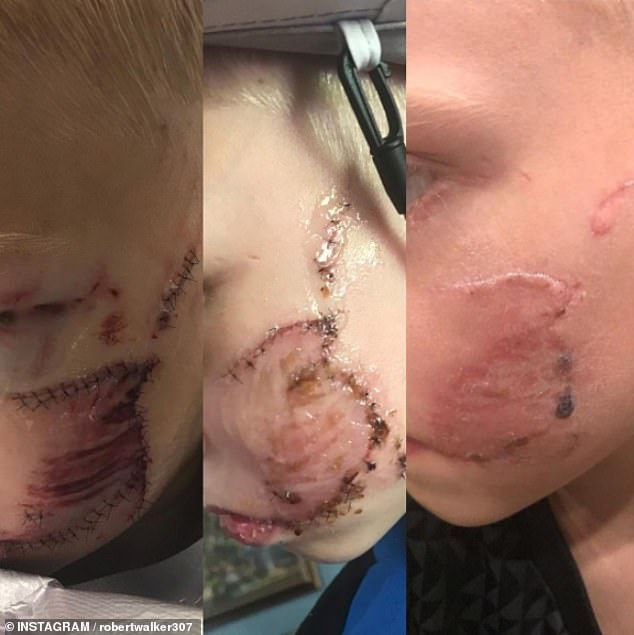 During the kid's visit, Dr. Bhanusali didn't forget to text Dr. Lee to tell her how big Bridger is a big fan of hers.

'We are about to do a laser treatment and he is so brave but, of course, is apprehensive. Can you say hello?' he asked. 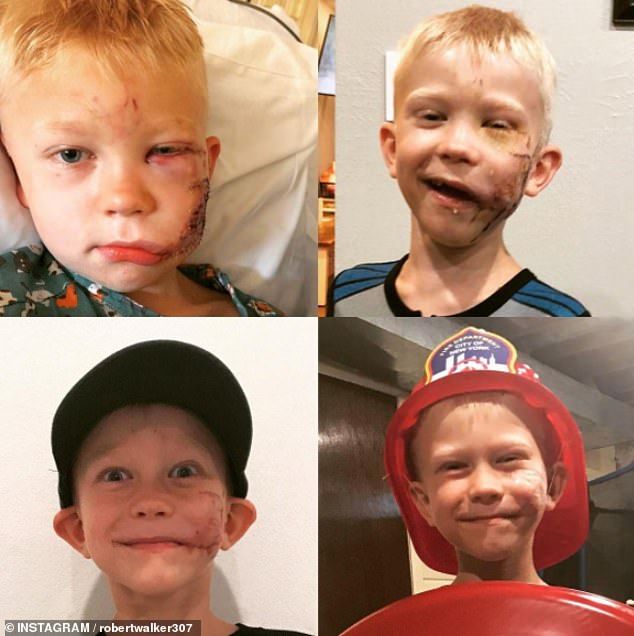 'How could I say no? It's so wonderful that both Dr. Bhanusali and Dr. Maughan are helping him improve his scars,' Dr. Lee said. 'Although I am not directly involved in his care if I can do anything to make Bridger more comfortable and remind him what a brave, kind, good young man he is, I'm there.'

'I am the lucky one — that Bridger knows my name and I have the opportunity to meet him,' she added. 'He is in great hands, and I look forward to following his progress.' 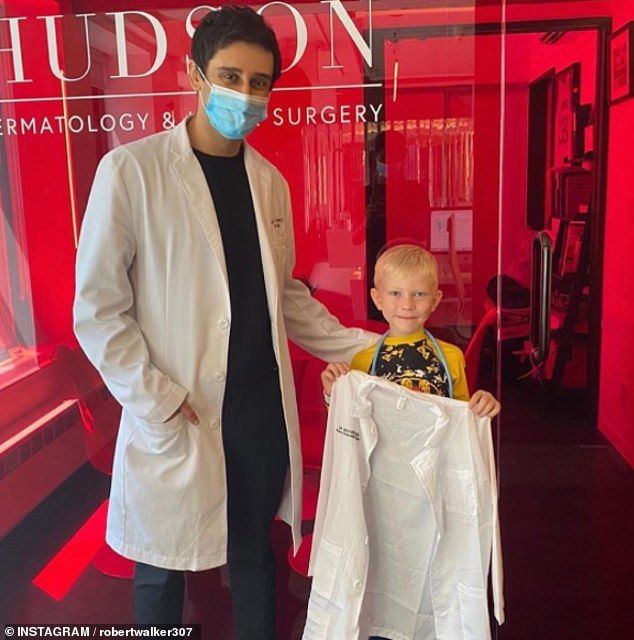 After his treatment with Dr. Bhanusali, the family visited Dr. Maughan in Utah

The family then visited Dr. Maughan in Utah for the second round of treatment, in this round he was treated with Candela Vbeam and Alma erbium lasers. 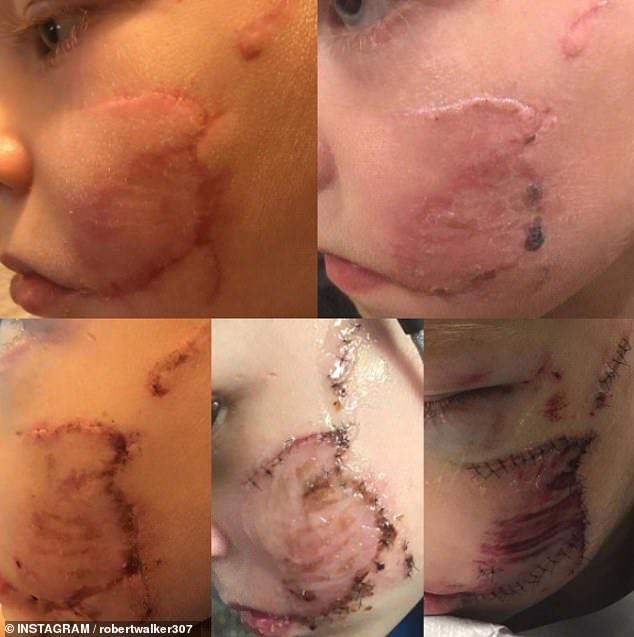 The brave boy wants his scars to not disappear but just heal enough that they're not the first thing people notice.

'Bridger is such an inspiration during these tough times. His courage and bravery are deserving of every accolade,' Dr. Maughan said

'Dr. Bhanusali and I have been blessed to be part of his recovery and feel privileged to be able to use our expertise to help his scars heal the best they can.' 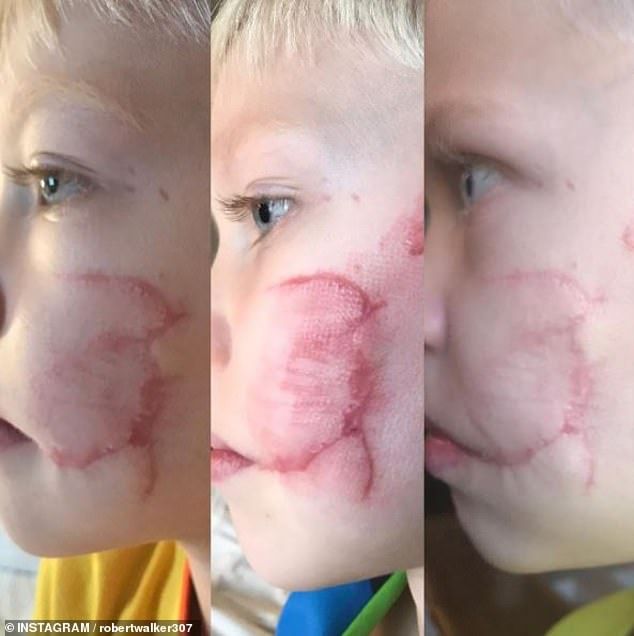 Bridger will receive a few more rounds of laser treatments this year. Recently, the family announced that they are starting their new year with a new dog, whom Bridger named Loki.

'Bridger made sure we knew what his vote for the name was by putting post-it notes all over every surface of the house. How could we say no to that?!' the dad said. 'Bridger started off a little nervous, but Loki is such a sweet, mellow, and fun little puppy. I’m sure it won’t be long before they are best buds.' 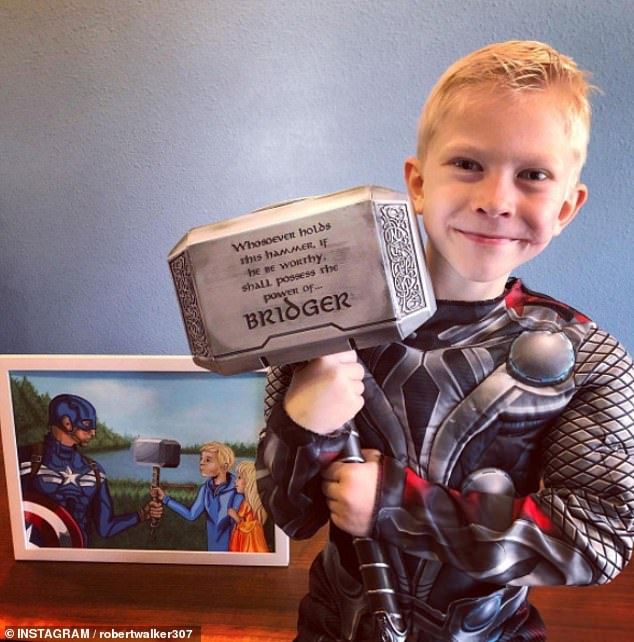 The little boy's story got attention after his aunt Nicole Walker shared his brave act in an Instagram post in July last year.

'My nephew is a hero who saved his little sister from an attacking dog,' she wrote. 'He, himself, took on the attack so that the dog wouldn’t get his sister. He later said, “If someone was going to die, I thought it should be me.” He got home from the hospital last night.'

'I know it’s a long shot,' she added, 'but I’m reaching out to the Avengers and other heroes so that they can learn about this latest addition to their ranks.' 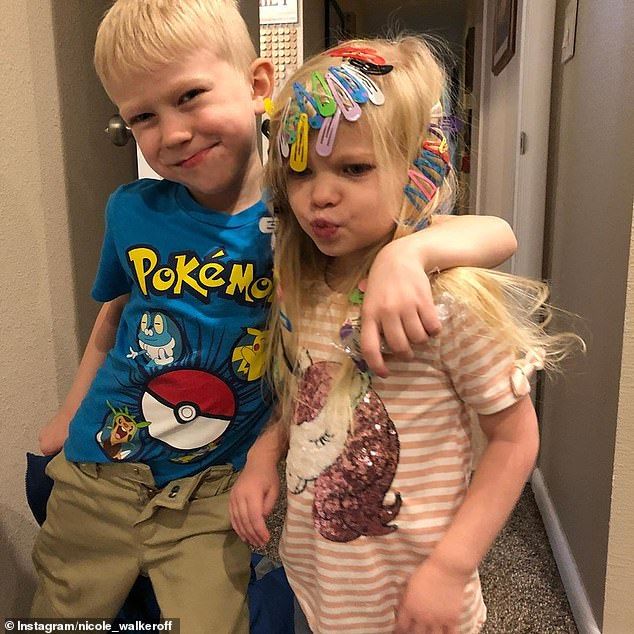 The story soon went viral and caught the attention of celebrities.

Anne Hathaway wrote on her Instagram; 'I'm not an Avenger, but I know a superhero when I see one. I can only hope I'm half as brave in my life as you are in yours, Bridger.'

She then tagged Avengers star Mark Ruffalo, who was equally impressed by the brave and selfless act.

'Dear Bridger, I just read about what happened to you and I wanted to reach out to say this… People who put the well beings of others in front of themselves are the most heroic and thoughtful people I know,' he wrote. 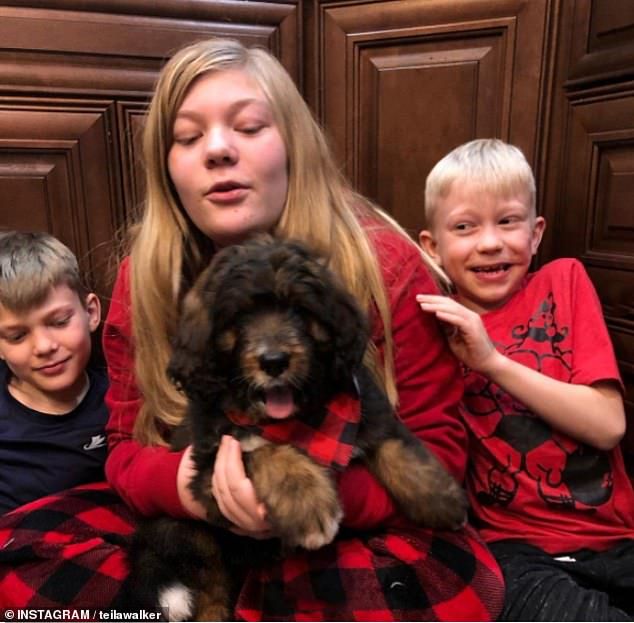 'I truly respect and admire your courage and your heart. Real courage isn't dominating people or fighting against people or walking around like a tough guy.'

'Real courage is knowing what is right to do and doing it even when it might end up hurting you somehow.' 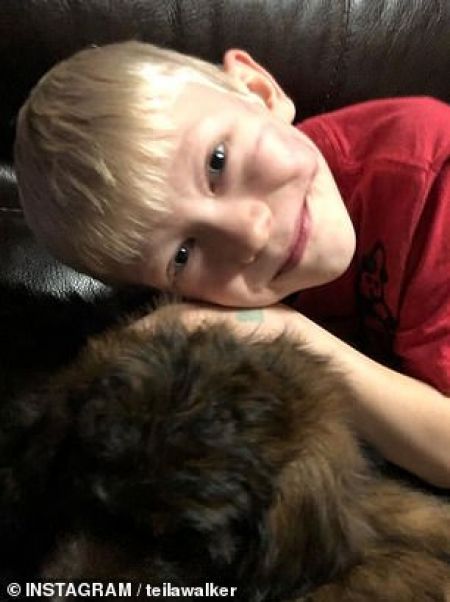 On the other hand, Chris Evans recorded a video message and promised Bridger that he would get him a Captain America shield.

The aunt then updated his fans including celebrities, who were curiously waiting for a follow-up post.

'He’s in great spirits, and his awesome personality is intact,' she wrote. 'He can’t smile too widely yet, but he was grinning as I read some of your comments to him.'

Bridger's family didn't blame the dog's owners and said they 'are really great people who have been nothing but kind to Bridger and his family.'

'We feel no resentment toward them at all, and — if anything — there’s only been an increase of love between our families as a result of this incident.' 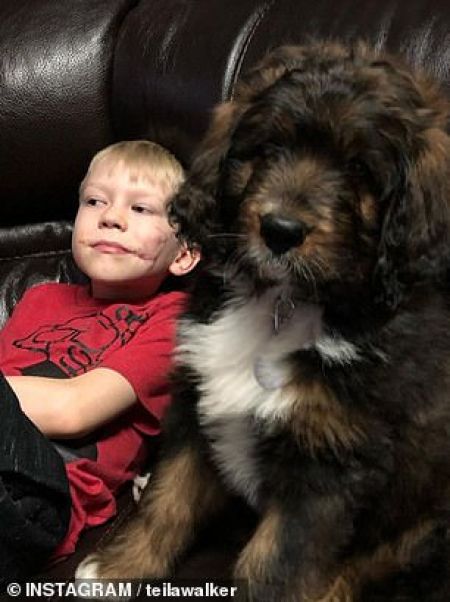 When some people asked the aunt about a GoFundMe page, she told them to either donate to military veteran groups and or just send photos of rocks to Bridger who absolutely loves geology. 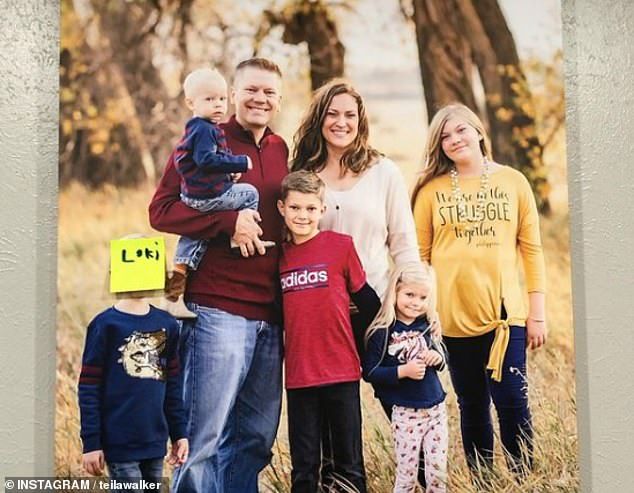