Living His Best Life, Nigerian Playboy Attends Wedding With Six Pregnant Girlfriends Claiming All of Them Are Carrying His Child

Posted by Sama in Cringey
ADVERTISEMENT

Known as 'Pretty Mike' this man attended his celebrity friend's wedding in a bright pink suit and accompanying him were his six heavily pregnant girlfriends all dressed in matching dresses and accessories. 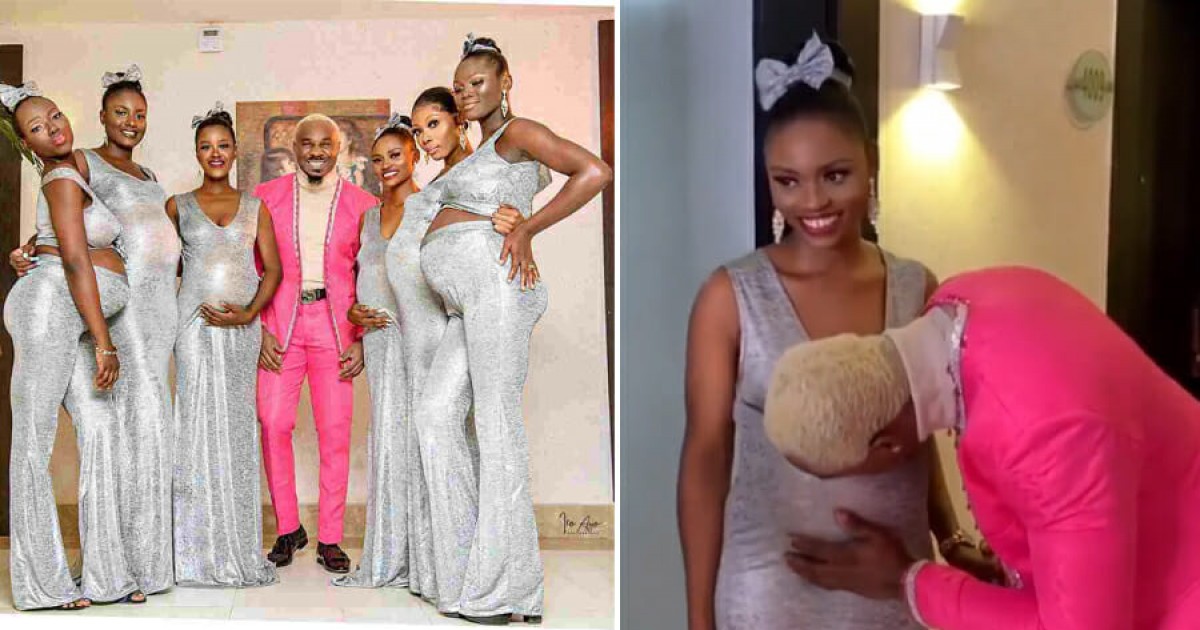 Nigerian nightclub owner and self-described playboy Mike Eze-Nwalie Nwogu, also known by the moniker "Pretty Mike," has been successful in making it to the news once again with another one of his bizarre stints.

The man recently attended a celebrity wedding with six of his heavily pregnant girlfriends all of whom he claims to have fathered. 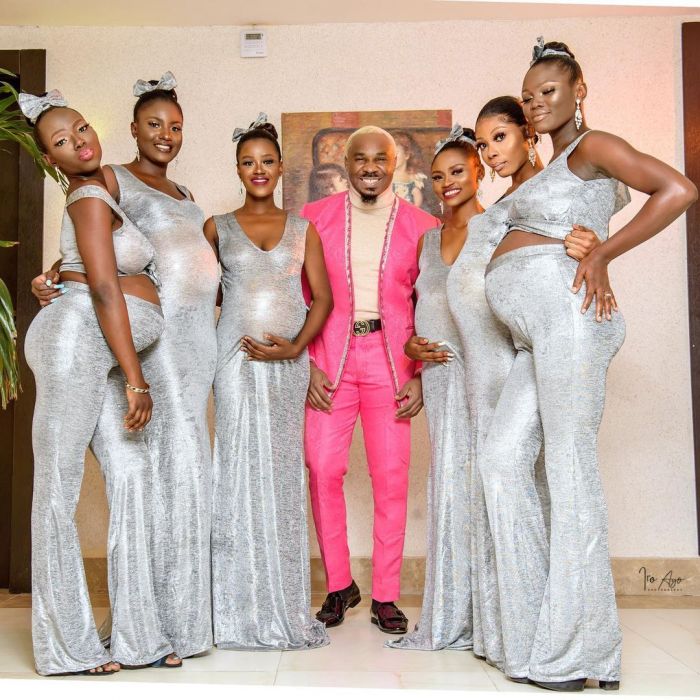 With 308,000 followers on Instagram, the influencer shared a picture of him surrounded with his equally happy pregnant girlfriends at a close friend, actor Williams Uchemba's wedding.

He definitely stole the show with his bright pink suit and his girlfriends in matching clothes and accessories. 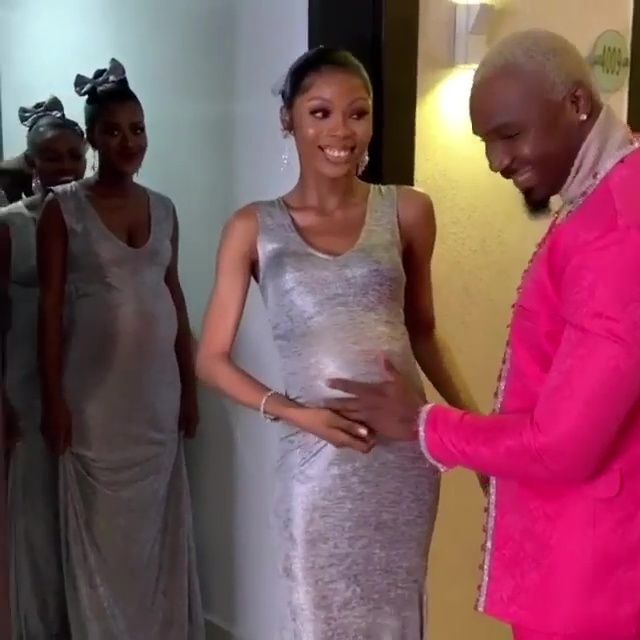 Taking to Instagram on November 22, Mike uploaded a picture of himself and the six women, and captioned the post:

In a follow-up post, Pretty Mike shared a video of him meeting each and every one of his ladies, rubbing their pregnant bellies in turn and bending over to kiss one of them. 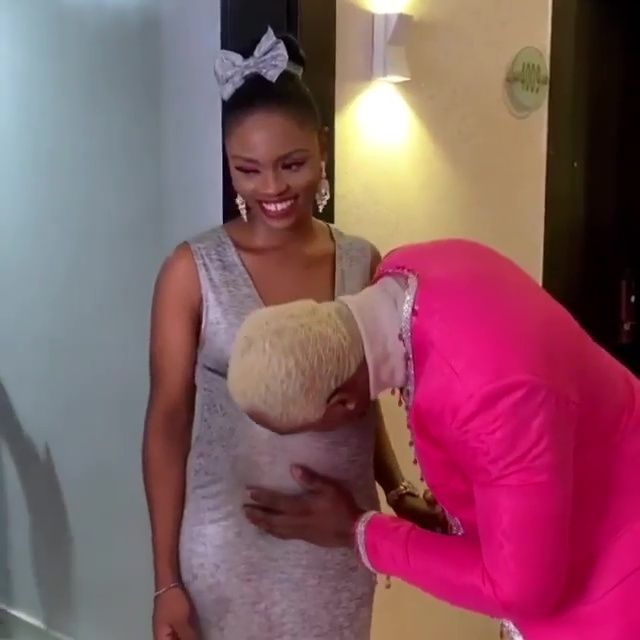 Needles to say, the original post has gone viral with people confused as to how they react to this overtly cringly and bizarre happening.

There are some social media influencers who have pointed out that this is another one of Pretty Mike's publicity stunt to stay in the news.

For instance, one Twitter user pointed out that Mike already did something similar back in 2017, after he was reportedly arrested for putting female guests in chains and walking them on leashes into a wedding.

According to the New York Post, the memetic influencer is openly polygamous and has professed a desire to have at least five wives in the past. He is also famous for posing in his unique extravagant outfits not to forget the infamous umbrella. 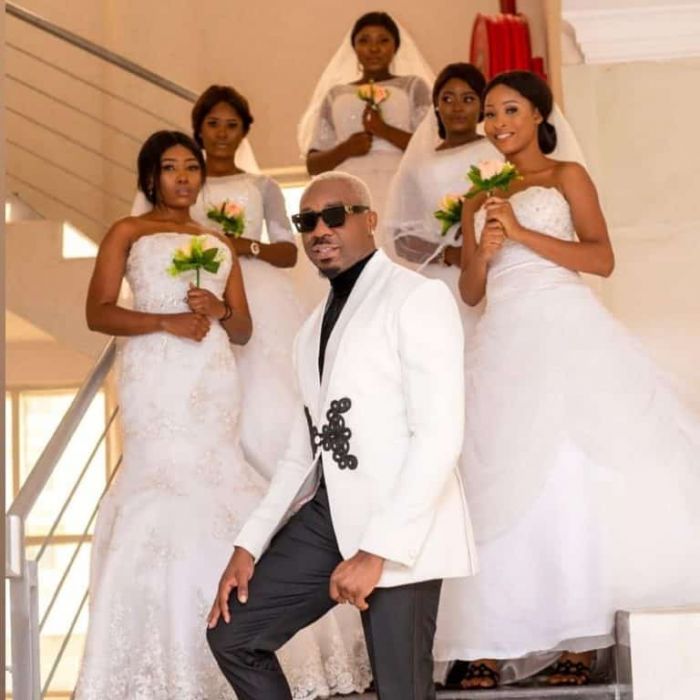 Per a report by the International Business Times, Pretty Mike co-owns the nightclub Club Uno in Lagos with his brother. He completed his higher studies and an engineering degree from the US. 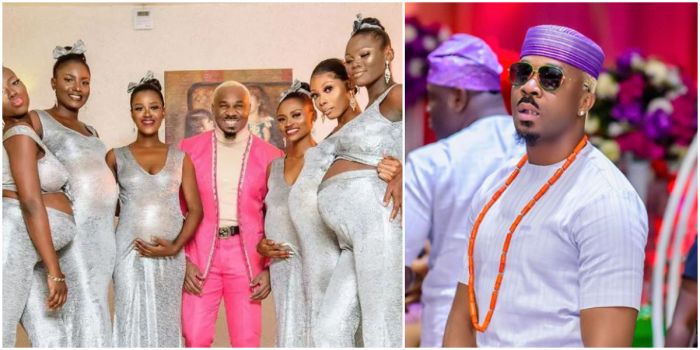